There is a shift in the air that goes beyond politics. It involves the state of cinema, specifically among the movies that studios have designated as their primary Oscar contenders this year in the Best Picture category.

Let’s call this movement the art of epic intimacy, a small, personal film at the core that also reverberates on a grander scale.

Judging by my fellow awards experts at Gold Derby and the “Gurus o’ Gold” on the Movie City News website, the top three titles that are predicated to dominate the race have barely budged since they took their bows at film festivals earlier in the year—and all are stellar examples of this cultural shift: The post-modern old-fashioned musical “La La Land,” the gay-themed coming-of-age saga “Moonlight” and the darkly humorous yet deeply grief-stricken family drama “Manchester by the Sea.” All feature average folks wrestling with life’s mysteries and hurdles, yet all also embrace a more expansive emotional vision that affects both the communities surrounding around the main characters as well as speaking to the unsettled human condition as it exists these days.

But, first, some Academy Awards recent history before we parse this trend. For a while, and even more so in the current decade, biopics—mainly about men—have been the Oscar norm. The genre has regularly been contention bait ever since 1928’s "The Patriot," a now-lost silent film starring Emil Jannings as Russia’s Czar Paul I. But with the advent of reality TV and the 24-hour news channels, audiences have developed a greater hunger for true-life stories that primarily focus on a singular lone and usually extraordinary individual.

Since the new century dawned in 2000, there have been 26 biopics that made the cut as Best Picture fodder—that equals nearly 25 percent of the 108 choices (since 2009, the list expanded from five titles to up to 10) that were nominated during that period. That figure excludes ensemble dramas based on real-life events, such as “Argo” and “Zero Dark Thirty.” Only one year was biopic-free, and that was 2007, when “No Country for Old Men” was the victor.

But ever since 2010, when four biopics competed—“The King’s Speech” (the winner), “127 Hours,” “The Fighter” and “The Social Network”—there has been a bit of a glut. While only the partly fictionalized “The Revenant” qualified last year, 2013 was a bio-bonanza with “12 Years a Slave” (the winner) “Captain Phillips,” “Dallas Buyers Club,” “Philomena” (one of only three nominated female-driven biopics since 2000, along with “Erin Brockovich” and “The Queen”) and “The Wolf of Wall Street.” And 2014 was also awash in true male stories with “American Sniper,” “The Imitation Game,” “Selma” and “The Theory of Everything.”

As for this year, yes, there are biopics in the running. Those include Clint Eastwood’s “Sully” starring Tom Hanks as the highly skilled pilot responsible for the Miracle on the Hudson; Mel Gibson’s World War II account of a heroic conscientious objector in “Hacksaw Ridge”; Warren Beatty’s lightweight Howard Hughes comedy “Rules Don’t Apply”; the Miles Teller boxing-comeback yarn “Bleed for This”; Meryl Streep’s off-key diva delight “Florence Foster Jenkins”; and the down-for-the-count Nate Turner rebellion saga “The Birth of a Nation.”

These efforts don’t meander too far from the traditional exceptional-individual path. But three other titles considered more likely to be included in the Best Pic line-up—“Lion,” “Jackie” and “Loving”—strive to expand the usual trajectory of real-life stories. 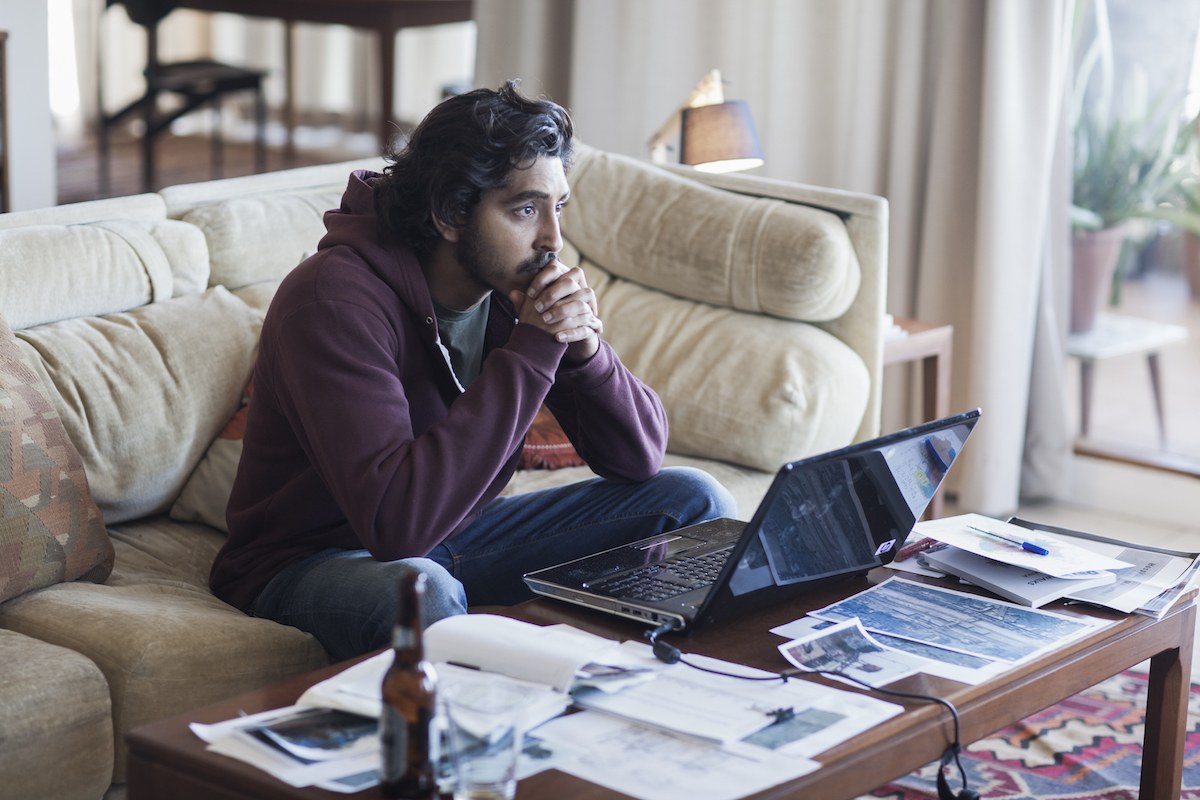 “Lion” follows the miraculous account of how Saroo, a five-year-old Indian boy who becomes separated from his family, is adopted by a loving Australian couple but, eventually, feels compelled as an adult to reconnect with his past. Like many of the frontrunners, the idea of how family defines who you are adds a greater dimension to the narrative.

“Jackie” is a stirring behind-the-scenes portrait of how First Lady Jacqueline Kennedy (personified with grace, heartache and strength of purpose by Natalie Portman) in public and private moments took control of preserving and shaping her husband JFK’s presidential legacy after his assassination in 1963. Even grief-stricken, she thinks about securing just the right image for future generations and not just about the present.

“Loving” slowly and quietly tells of how a humble interracial married couple from rural Virginia staged an understated revolution by fighting to uphold their union as legal with the aid of the Supreme Court in 1967. The film beautifully intertwines scenes of tender domesticity with the world at large as Ruth Negga invests her Mildred Loving with a mannerly yet persistent desire to fight not just for her family, but also for others who suffer under such antiquated racist restrictions. With their Southern laidback reserve, Negga and Joel Edgerton as the more reticent Richard Loving excel as stealth fighters for social change.

So what is going on here? Many of these movies harken back to a kinder, gentler, more progressive climate than the one that seems to be fomenting now in the wake of a divisive presidential election. Not that their creators had any clue about what was awaiting when they conceived their movies.

What do these disparate storylines have in common beyond being based on fact? They take each specific scenario  and somehow generalize the circumstances enough to allow the audience to relate. It is to the credit of their filmmakers that wide-ranging audiences can connect to these stories—no matter what the time period, racial makeup or social class is depicted.

The same is also true of the fictional storylines of “La La Land,” “Moonlight” and “Manchester by the Sea.” Their milieus and tone could not be more different. “La La Land” is a melancholy musical romance set in current-day Los Angeles—which is as much a character as the film’s leads—as an ambitious jazz musician (Ryan Gosling) and an aspiring actress (Emma Stone) pursue their careers and each other. What lifts “La La Land” beyond just two crazy kids in love are the musical numbers. They become immersed in the best traffic-jam production number since the original “Fame,” glide across a widescreen cityscape as dusk falls like Fred and Ginger while street lights twinkle below, and fly high into the clouds at the Griffith Observatory (of “Rebel Without a Cause” fame, becoming a waltzing constellation among a galaxy of stars.

As for “Moonlight,” anyone who has had a rough time growing up, was bullied as misfit in high school or recalls the pangs of first love can relate to Chiron, a fatherless kid from the Miami projects who is black and gay. “Moonlight” unfolds over a period of time as Chiron is portrayed by three different actors at different stages of his life, lending the film an expansive arc despite being a personal story.

“Manchester by the Sea” might feel small in its scope, as Casey Affleck’s detached Lee struggles to cope after returning to his New England working-class hometown after his brother dies and he reluctantly becomes the guardian of his teen nephew. But its terrible central tragedy, which is revealed late in the movie, rivals those found in Greek literature and the lingering after-effects touch not just the central characters but the whole waterside town.

But if any contender captures the very essence of this current of epic intimacy, it is “Arrival.” Sci-fi adventures have made the cut more often ever since the number of possible Best Picture choices has expanded—and “Arrival” has more in common with 2013’s “Gravity” than last year’s “The Martian” as it focuses on Amy Adams' linguist, who is recruited to communicate with aliens who have landed in monolithic spacecraft around the world.

She, like many others in year-end movies, has suffered a personal loss that figures into her ability to relate on a one-to-one basis to these beings from outer space while saving the planet from a “War of the Worlds” scenario. Director Denis Villeneuve perhaps pulls off this sense of epic intimacy better than any other film this year. And, in my mind, it is just what we need right now.