In a perfect world, “Selma” would exist solely as a depiction of darker days long since past, an American history lesson that concludes with reassurances that its horrors will no longer be perpetrated, tolerated nor celebrated. Alas, perfection eludes us on this mortal, earthly plane; “Selma” shows the evolution of change while beaming a spotlight on the stunted growth of that which has not changed. Its timeliness is a spine-chilling reminder that those who do not know their history are doomed to repeat it. Its story provides a blueprint not only of the past, but of the way forward.

There’s a reason why Ava DuVernay’s film is called “Selma” and not “King”. Like Spielberg’s “Lincoln”, “Selma” is as much about the procedures of political maneuvering, in-fighting and bargaining as it is about the chief orchestrator of the resulting deals. “Selma” affords Dr. Martin Luther King, Jr. the same human characteristics of humor, frustration and exhaustion that “Lincoln” provided its President. This relatable humanity elevates King’s actions and his efforts. It inspires by suggesting that the reverence for Dr. King was bestowed on a person no different than any of us. If he can provoke change, we have no excuse not to as well.

As King, David Oyelowo is a revelation. Like Anthony Hopkins in “Nixon”, he channels the essence of his character rather than a dead-on visual interpretation. In recreating King’s speaking voice, Oyelowo resists the preacherly curlicues one might be inclined to use based on hearing King’s speeches. Like any good pastor, Oyelowo saves those cadences for his speech scenes, the last of which is so stirring and powerful it knocks the air out of your lungs. Oyelowo channels a conflicted King, a tired man with the weight of the movement on his shoulders, then merges that with defiance, humor, strength and strategic expertise. In Oyelowo’s excellent performance, King becomes a complex, flawed man whose faith in God kept him from utter despair.

Known for her superb indie dramas “I Will Follow” and “Middle of Nowhere”, DuVernay has proven herself a master of small, intimate moments. “Selma” never loses focus on the interpersonal dynamics between King and his followers, his detractors and his family. While touching base with details on SNCC, the SCLC and the organization of the Selma to Montgomery Marches, DuVernay gives memorable scenes to a wide variety of character actors in real-life roles. Andre Holland’s Andrew Young, Stephan James’ John Lewis, Colman Domingo’s Rev. Abernathy and Common’s James Bevel stand out, but eagle-eyed viewers will also notice “Dear White People”’s Tessa Thompson, Cuba Gooding, Jr., Martin Sheen and Wendell Pierce. Even comedian Niecy Nash shows up as a gracious, funny host who invites King and his cohorts into her home.

“Selma” continues DuVernay’s exploration of female empowerment by devoting time to King’s marriage to Coretta Scott King (a powerful Carmen Ejogo). We’re reminded that the movement is as hard on her as it is for her husband, especially since she is home with the kids and the constant victim of harassment from citizens and the government. In one of the film’s best scenes, King is asked a very hard question by his wife. The actors and the director take their time here, with Oyelowo and Ejogo silently and masterfully working the uncomfortable pause between question and answer. In another very good scene, Coretta Scott King meets with Malcolm X (a convincing Nigel Thatch), and their dialogue is an informative piece of strategizing.

In addition to reminding us how good she is with drama, DuVernay puts Hollywood on notice by mastering huge sequences heretofore unseen in her work. Her staging of “Bloody Sunday” on the Edmund Pettis bridge is a spectacular mini-movie that could stand on its own as a short. Narrated by a journalist calling in the story, the scene takes on documentarian proportions. With this scene, and her horrific staging of the 16th Street Baptist Church bombing, DuVernay and her editor Spencer Averick make you feel the intensity and chaotic terror of the violence. Dozens of kneeling, peaceful protests fill the screen end to end, and the juxtaposition between the historical depiction on the movie screen and the current images on today’s TV screens does not go unnoticed.

During the fight for voter rights, King has several meetings with President Johnson (a jarring but effective Tom Wilkinson). Their scenes, and Johnson’s scenes with J. Edgar Hoover (Dylan Baker) focus on the political gamesmanship required to bring about change. “Selma” points out the media’s role in influencing the hearts and minds of the American people, and how easily that can be manipulated. King knows about this media power, and how his team handles it is a precursor to today’s social media shenanigans.

The prescient timing of “Selma” could not have been planned. Its opening scene is a casual reminder of what life was like before the Voting Rights Act, with poll taxes and absurd literacy tests suppressing the Black vote. Miss Sofia herself, producer Oprah Winfrey, shows up in the opening scene as a woman on her fourth journey to the voting bureau to take the test that will give her a right she already had. Winfrey disappears into an ordinary person’s countenance, and her gradual disappointment as she realizes once again she will be denied is both heartbreaking and a warning.

“Selma” works as both an epic and a small scale drama, and credit must be extended to DuVernay’s longtime cinematographer, Bradford Young. Young’s camera loves Black skin, and he lights it in beautiful, fearless, shadowy Gordon Willis flourishes the likes of which I have not seen in Hollywood cinema. His stylistic touches during the action scenes are startling and original. That there hasn’t been more talk about his work (he also shot “Ain’t Them Bodies Saints”) is something of a travesty that “Selma” should correct.

This is an emotional movie that aims to anger, sadden and inspire viewers, sometimes in the same scene. “Selma” takes no prisoners and, while it welcomes moviegoers of all hues, it has no intention of sugarcoating its horrors for politically correct comforting. This film—one of the year’s best—is an announcement of a major talent in Ms. DuVernay, but its core message will not be lost nor hidden by the accolades it receives. Through the noise, “Selma” speaks to us: From the top of the hill of progress, it is just as easy to slide down backwards as it is to move forward. Attention must be paid. 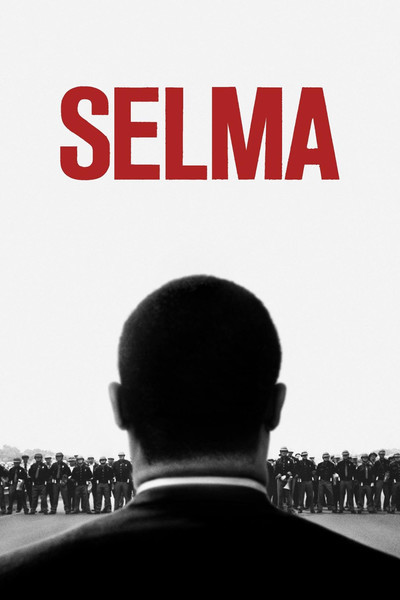