Just wait until you feel the thunderous, seat-shaking slap of the plane’s belly as it hits the frigid river.

“Sully” certainly nails its white-knuckled depiction of 2009’s Miracle on the Hudson, the emergency water landing made by US Airways Flight 1549 that allowed all 155 of its passengers and crew to come out alive.

As Capt. Chesley “Sully” Sullenberger, the plain-spoken, cool-headed veteran pilot who pulled off the impossible under immense pressure, Tom Hanks once again reminds us why he continues to be Hollywood’s best personification of the all-American Everyman since James Stewart’s "Mr. Smith Goes to Washington." Who else is so good at encapsulating such red-white-and-blue values as never-say-die commitment, pride in a job well done, doing your duty no matter the cost and selfless courage in the face of disaster without being a goody-goody bore?

Hanks has shown us the way before in such lauded efforts as “Apollo 13,” “Saving Private Ryan,” “Cast Away,” “Captain Phillips,” even Sheriff Woody in the “Toy Story” series. He does it again by embodying the kind of man who wades back and forth through ever-rising waters in a sinking plane to make sure no one is left behind before he even considers his own well-being.

“Sully” also provides an opportunity for its 86-year-old director Clint Eastwood to stage a variation of the Western-style shootouts he knows so well. But instead of rival cowboys with six-guns a-blasting, this story pits a true hero against the scowling National Transportation Safety Board bureaucrats with their flight simulators, computer analysis and insurance worries who dare to question Sullenberger’s ability to make lightning-quick decisions in the air. They would have rather he made it to a nearby airport after a flock of Canadian geese smashed into the plane and shut down the engines—a possibility he instantly assessed was not feasible given his 40 years of experience.

One also senses that, like his main character, Eastwood believes that possessing years of invaluable on-the-job experience should count for something. You can feel his need to show those whippersnappers with their comic-book franchises how special effects can also be used in the service of re-creating a historic event, not just to erect pricey CGI playgrounds for imaginary rescuers of the world.

Eastwood revealed his talent for providing a “wow” factor previously in 2010’s drama “Hereafter,” which opened with a terrifyingly realistic whale of a tsunami before drowning in a sea of afterlife hokum. And, as before, the spectacle duly astounds but with a worthier story to tell.

But is “Sully” great drama? Not exactly, considering that second-guessing provides the main source of tension—by both Sully, who is haunted by nightmarish 9/11-like visions of the plane crashing into Manhattan skyscrapers, and those who are tasked to raise doubts about his actions. But it will keep you fully engrossed, not easy when the central event in question lasted all of 208 seconds and everyone already knows the ending to this near-tragedy is a happy one.

Eastwood hasn’t lost his casting touch as exemplified by the choice of Aaron Eckhart, an actor I have always had a hard time warming to. He adds invaluable wise-guy banter as co-pilot Jeffrey Skiles. Sully is never going to be the life of any party, but his partnership with Skiles, in and out of the cockpit, humanizes him. Being that they are Charlotte-bound, Skiles tells Sully he is going to take him to Del Frisco’s, a famous local steakhouse. “The ribeye will break your heart,” he promises. When the senior aviator says he prefers porterhouse, Skiles quips, “The porterhouse will stop your heart.”

Not as successful are the phone calls that Sully shares with his wife, Lorraine. Eastwood might have given Laura Linney one of her most memorable roles as Sean Penn’s Lady Macbeth-like wife in 2003’s “Mystic River.” But he does her no favors here, barely utilizing her gifts as a typically supportive and occasionally teary spouse.

What exists outside of the rescue, which took a swift 24 minutes to complete, tends to be mildly engaging bordering on sedate. Even before the ill-fated takeoff, the passengers of Flight 1549 seem to be the nicest, most upbeat and considerate group of fliers ever. We watch as a woman in a middle seat warns that the baby in her lap likes to “throw things,” and Mr. Window Seat simply smiles and says, “I like catching things.” And three men who are able to score last-minute seats aboard the ill-fated plane act as if they had won the lottery instead, a big chunk of clunky irony.

As he and Skiles are forced to hang around New York during the investigation, the humble Sully is overwhelmed with sudden hugs, kisses and other acts of adoration from passing strangers—a stark contrast to the grilling he is undergoing professionally. He also copes with his status as an instant media sensation, doing TV interviews with Katie Couric and David Letterman. But even when a bartender gushes over him and reveals he has concocted a drink in his honor—a shot of Grey Goose and a splash of water—he never lets such fawning go to his head.

This is first and foremost Eastwood’s movie and if he wants to feature his incongruous tinkling piano-bar jazz on the soundtrack, that is his prerogative. Then again, a John Williams type fanfare probably wouldn’t have suited a guy like Sully, who steadfastly diffuses any fuss over his accomplishment. “We did our job,” he plainly states. And, ultimately, so has Eastwood and his team as they serve a porterhouse of a movie that touches your heart. 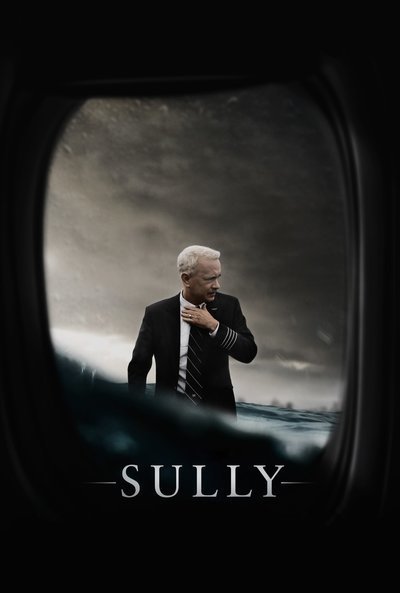 Rated PG-13 for some peril and brief strong language.

Writer (based on the book "Highest Duty")