Musicals made me a romantic. They taught me that some emotion is so powerful that it can’t be put into mere words—it must be sung. Some love is so overwhelming that you just have to move your feet. With a family that loved classic films, I remember being awed by Gene Kelly and Fred Astaire, thinking they were as cool as anyone in movie history. Characters in musicals not only understood love differently than those in traditional films but they turned that understanding into art—dancing, singing and transcending mere dialogue to become something greater, something purer, something closer to true romance.

We’ve had some musicals since the era of Rogers & Astaire, but few that have tried to recapture that sense of fluid, magical thinking in which characters communicate with their bodies as much, maybe even more, than they do with their voices. One of many remarkable things about Damien Chazelle’s “La La Land” is how much energy and time it devotes to movement and music, not just lyrics. The modern movie musicals, so often based on Broadway shows, have focused heavily on songs that further plot. In Chazelle’s vision, choreography matters and a simple piano refrain can have more power than a lyric. This is a beautiful film about love and dreams, and how the two impact each other. Los Angeles is filled with dreamers, and sometimes it takes a partner to make your dream come true.

“La La Land” opens with a bit of a fake-out in that it’s a large ensemble number of a variety that we won’t really see again in the movie. Cars are stuck in the notoriously awful L.A. traffic when the drivers decide to break into song called “Another Day of Sun”—a bit about how each day brings new hope for these young wannabe artists—jumping out of the cars and dancing on the freeway. Instantly, Chazelle’s direction and the dance choreography feels different. Here, and throughout the film, he works in long, unbroken takes. You can not only see the dance moves, but you can see the dancer’s entire body when he or she performs them. And after the chorus-like introduction to a city of dreamers, we meet two such sun-gazers: pianist Sebastian (Ryan Gosling) and actress Mia (Emma Stone). Like any good musical, the two have a few false starts and playfully mock each other’s flaws in their first scenes. But we know where this is headed and Gosling & Stone have the chemistry to make us long for them to get together.

The first major centerpiece scene is a long walk between Sebastian and Mia as the sun is setting over the Hollywood Hills. They start to see similarities in one another. Mia is tired of going on worthless auditions, ones in which the producer doesn’t even look up from their phone. Sebastian holds on to an ideal version of jazz, wanting to open his own club instead of selling out and playing greatest hits for tourists. And Sebastian and Mia have a clear, instant attraction. So, even as they sing about how they’re not really a couple, and how this gorgeous night is wasted because they’re not with their true partners, their bodies tell another story with a fantastically choreographed dance number. Stone and Gosling aren’t natural singers or dancers, but they bring so much character and commitment to every movement that it doesn’t matter. They’re fluid, engaged and mesmerizing. We watch them fall in love through dance.

Of course, it helps that Gosling and Stone have the kind of star power that made so many of those classic era musicals memorable. He’s smooth and charismatic; she’s clever and beautiful. The phrase has lost most of its meaning, but these are movie stars. And, of course, they’re more than capable when “La La Land” demands greater depth, finding characters so rich that the movie would work without the music. It’s a story of artistic passion, and how easy it is to get derailed from your dream. Sometimes it takes another person to push you back on to the tracks to find it again. Gosling and Stone get these characters, finding grace in their movement but emotional depth in their arcs; Stone has never been better.

“La La Land” also exists as a very conscious ode to the allure of classic Hollywood. The pair goes to see “Rebel Without a Cause” (ending in one of the most magical scenes in years) and films like “Casablanca” and “Bringing Up Baby” are name-dropped. We have seen dozens of films that try to capture the allure of Hollywood, often with the cynical viewpoint that it will chew you up and spit you out, but Chazelle’s vision feels unique. It pays homage to musicals like “Singin’ in the Rain” and Jacques Demy's “The Umbrellas of Cherbourg” without every directly mimicking them.

It’s easy to let the world get you down sometimes, especially in a year like this one. It’s easy to think that dreams don’t come true, and that love only exists in movies. “La La Land” serves to remind us that movies can still be magical, and they can still provide the channel for us to see magic in the world around us. It’s not so much another day in the sun, as the characters sing in that opening number, but the dreams of the night before, the ones we wake up and try to fulfill, that keep us dancing.

This review was originally published on September 14, 2016 as a part of our TIFF coverage.
Advertisement 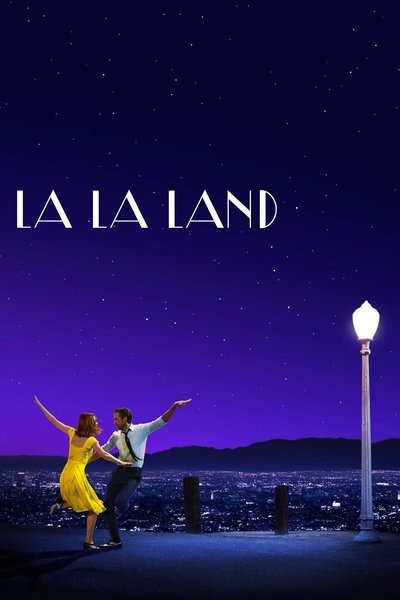