Welcome to 2015, everyone! You've cleaned up the confetti, put the tree away, and are looking for something to watch on Netflix? Perhaps you still have a gift card burning a hole in your pocket and want to spend it on a Blu-ray or DVD? Perhaps you got a new system that allows for cool Netflix or VOD access and want to know what to watch? Whatever the case, we're here with a massive edition of the HECG. There are so many new things to watch on Blu-ray and streaming services that this Guide could be overwhelming. Take your time. 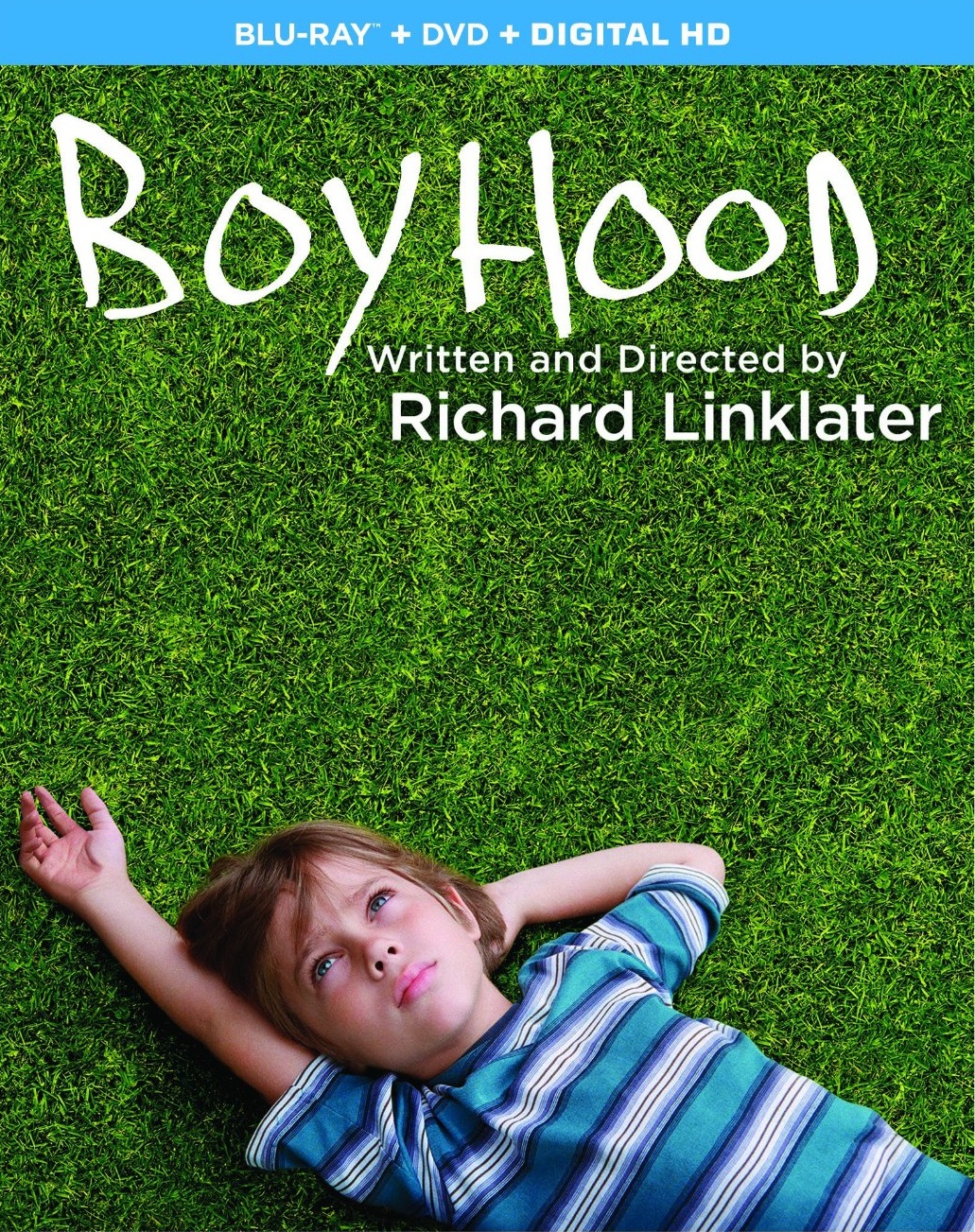 The RogerEbert.com pick for the 3rd best film of 2014 is finally on Blu-ray and DVD, almost a full year after it premiered at the Sundance Film Festival. A general consensus pick for most critics groups as the best film of the year, "Boyhood" is about to be a major Oscar nominee as well, and could still be the frontrunner for the big prize (Supporting Actress Patricia Arquette seems likely to win as well). You've surely heard of it by now. Maybe you think the 12-year shooting process is a gimmick. It's not. It's a storytelling tool that allows one of the greatest working American filmmakers a new way to cinematically define the process of going from a boy to a man. Read more of my thoughts on the film here.

As for the Blu-ray, it's meh. There were rumors of a Criterion release, and I believe that could still happen, but this is clearly just a way for Paramount to get as many eyes on the film as possible in the heart of awards season. Who can blame them? It's a movie that must be seen. 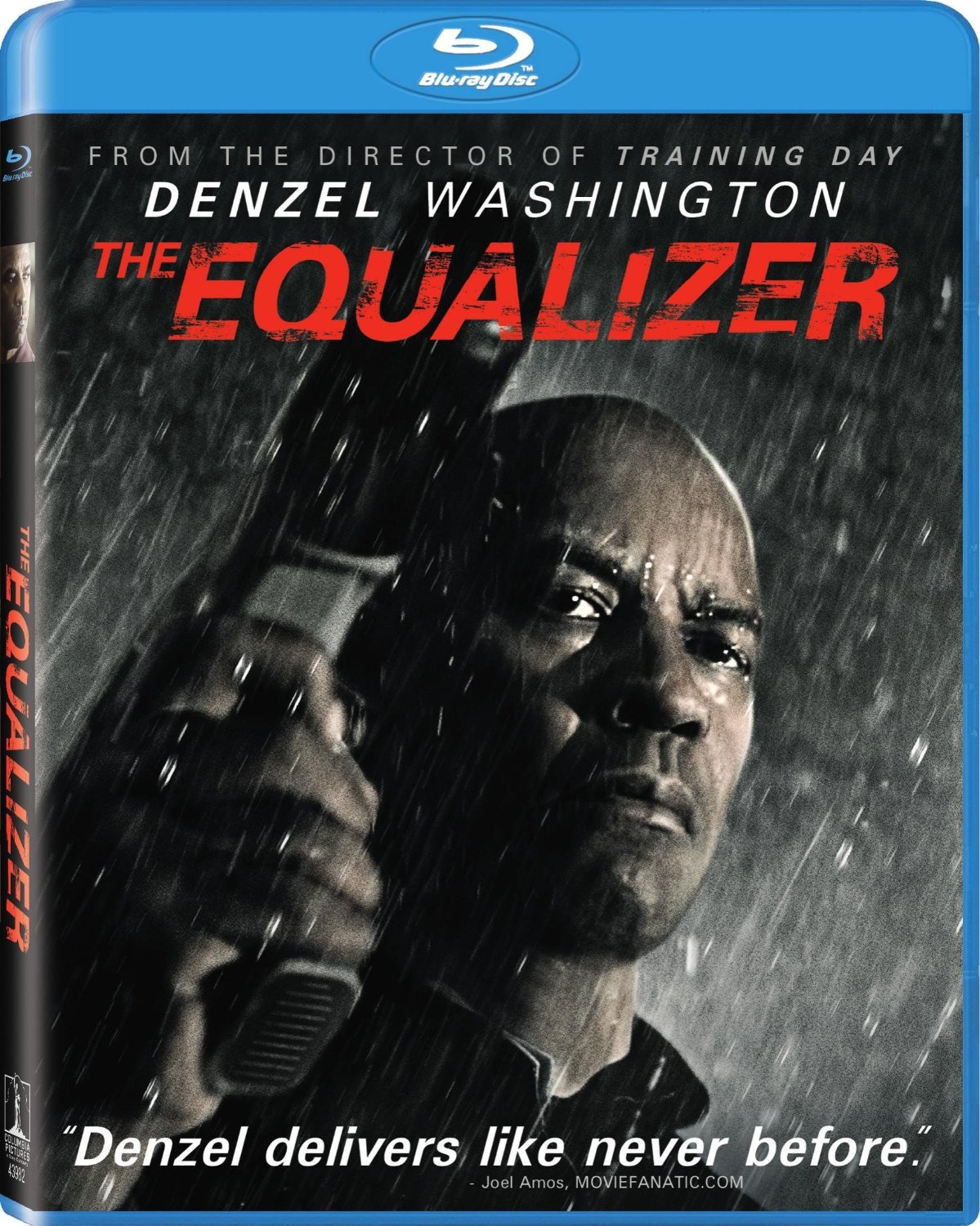 Denzel Washington and Antoine Fuqua's riff on the action TV series didn't really click with audiences or critics, but it's the kind of flick that will almost certainly find a wider appreciation on the home market. Action has always been and always will be the #1 genre on the home market--allowing for the escapism many are looking for when they go to rent or buy a movie. And Denzel still has a following. Fuqua's film proves why. I get the complaints lobbed at the film, but perhaps my low expectations set up the scenario for me to like this bit of B-movie filmmaking. It's messy, especially the climax, but I like Fuqua's film for what it doesn't do--rush its set-up or force a romance on its lead. 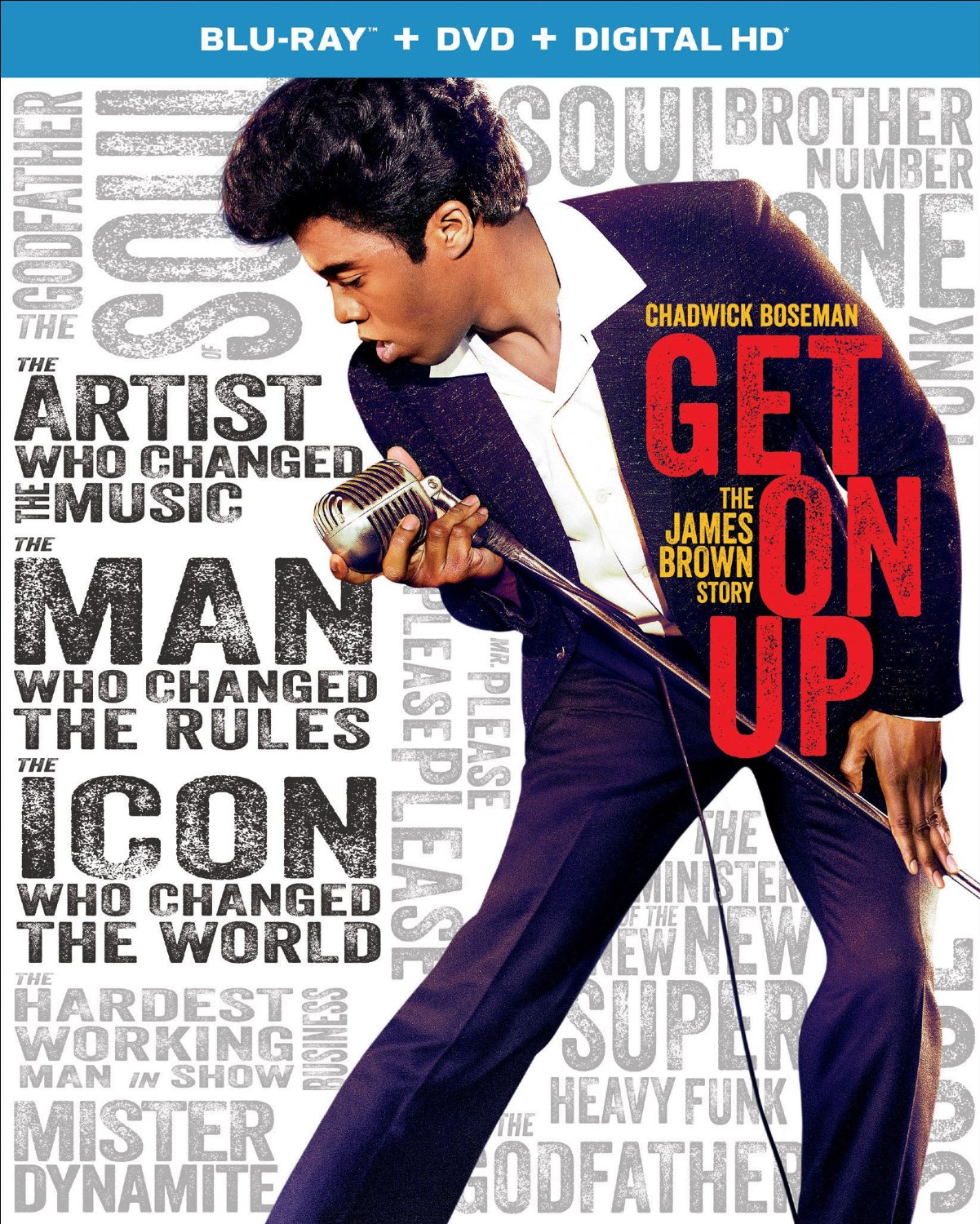 Chadwick Boseman gives arguably the most underrated performance of the year in Tate Taylor's biopic of the amazing, incomparable James Brown. The problem is that Taylor, director of "The Help," doesn't really know what to do with Boseman's fearless turn here. He's easily the best thing about a film that's a bit too bland and episodic to tell the life story of one of the most important people in music history. But you should see the film for Boseman. The guy is going to be a gigantic, phenomenal star. 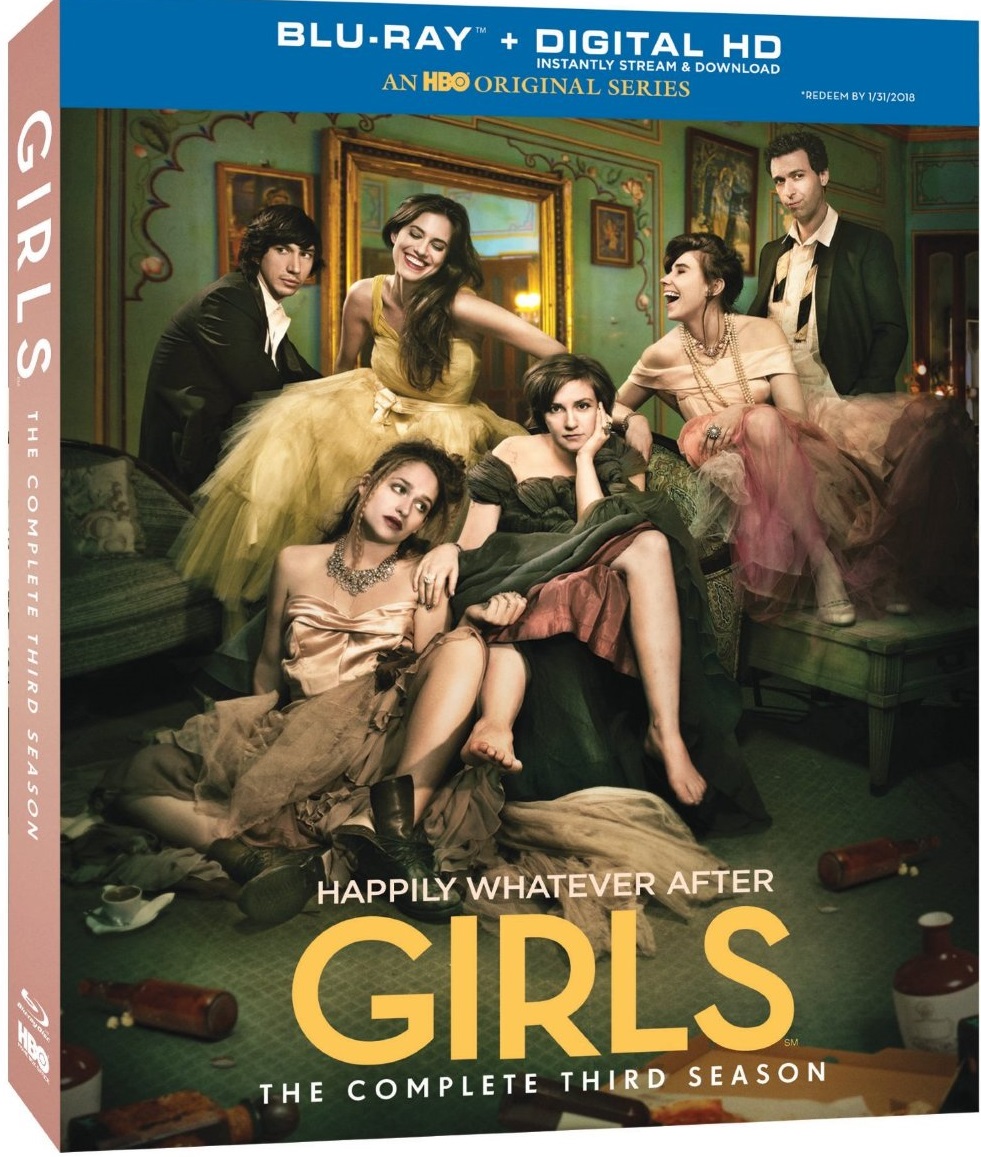 Two of HBO's more interesting comedies have made their way to Blu-ray in advance of the season premieres of their 2015 installments on Sunday, January 11, 2015. Is there a more divisive show than "Girls"? Lena Dunham's hit comedy is one of the programs I hear the most complaints about as a TV critic. Personally, I don't think the show has resonated quite as impressively over the last two seasons as it did the first, but I still like that Dunham is out there making headlines and trying new things in TV comedy. And "Looking" is a smart, sweet show that deserves a bigger audience. I haven't seen as much of it as I'd like but I'll catch up with this Blu-ray. Maybe you should too. It helps, of course, that HBO does Blu-ray-on-TV like no one else. Great HD transfers, special features, and Ultraviolet copies. I wish the other networks would follow suit. 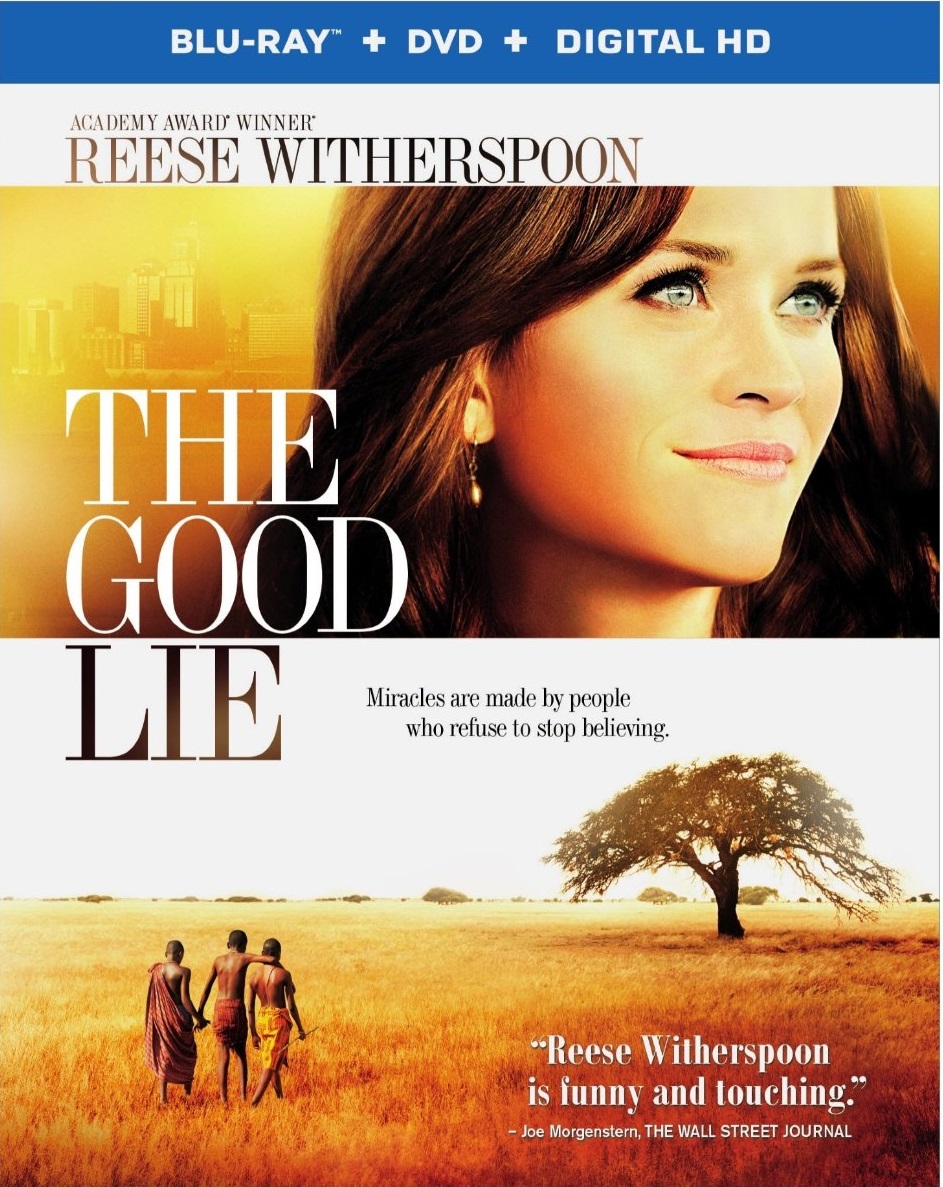 There's Reese Witherspoon on the cover of "The Good Lie," kind of misrepresenting the film in much the same way the previews and TIFF buzz did. The trailers made this look like a variation on the "White Woman Savior" film a la "The Blind Side" and the Witherspoon buzz with this and "Wild" at Toronto sold it as a "Reese Film." It's not. She's a very supporting character in a story about the Lost Boys of Sudan that focuses much more distinctly on the people who should be the protagonists of this story. It's still an imperfect film, but you should know that it's probably not the film you expect it to be.

Special Features
Share in the amazing personal experiences of star Reese Witherspoon, director Philippe Falardeau and others as they reveal the challenges and joys of creating this extraordinary film in "The Good Lie Journey"
Deleted Scenes 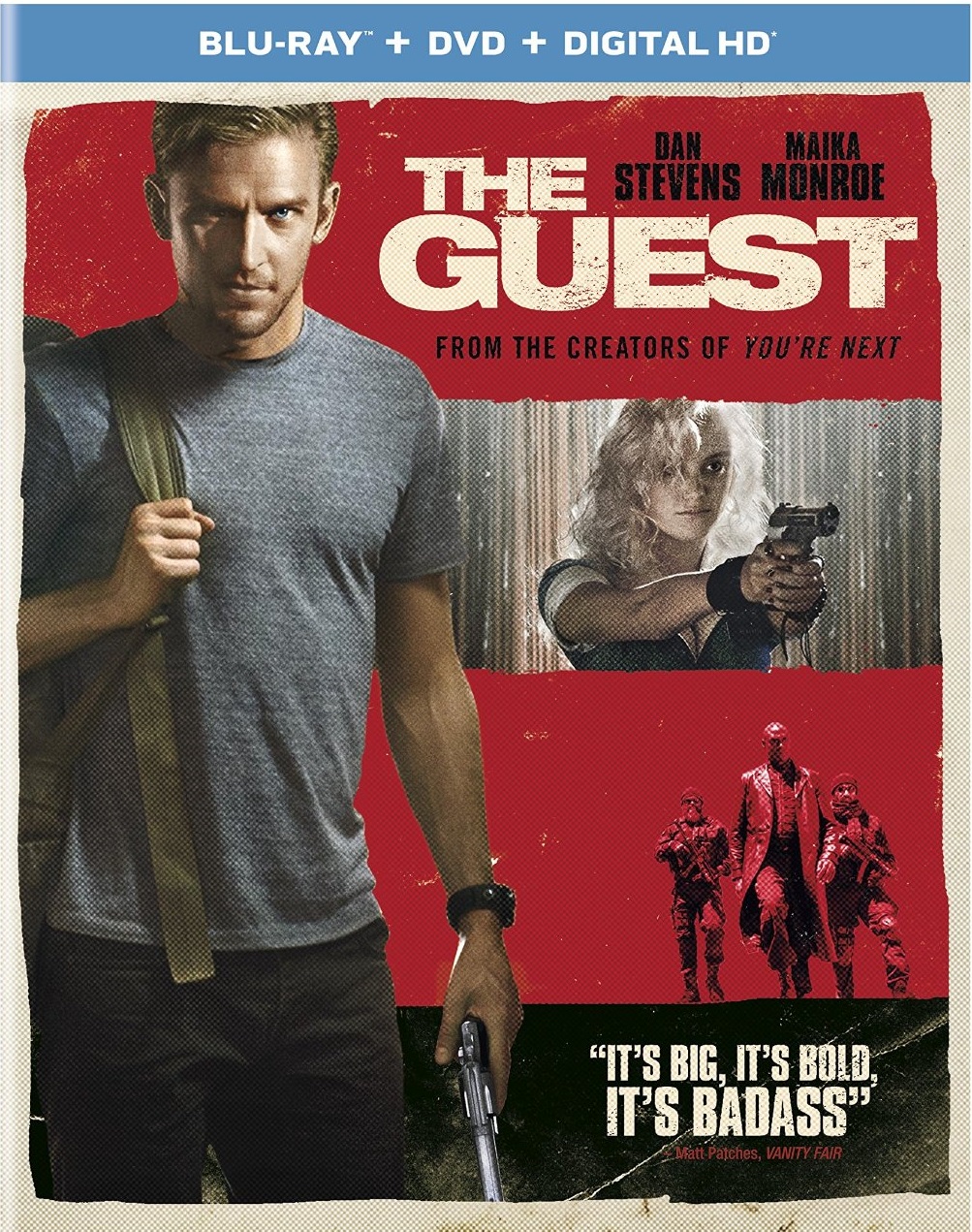 Adam Wingard's best film to date is this twisted, fun homage to '80s films like those made by James Cameron and John Carpenter that deserves a much wider audience, and will surely find one through word of mouth on Blu-ray and DVD. Wingard told me in Park City that the film came to be after another project fell apart and he watched "The Terminator" and "Halloween" before going to bed and dreamed "The Guest." How could you NOT want to see that movie? It's clever, and really marks Wingard's development as a filmmaker. It's got a few script issues but this really proves that this guy is one to watch in genre filmmaking. Maybe some day a young filmmaker will fall asleep after watching "The Guest" and dream one of the best movies of 2045. 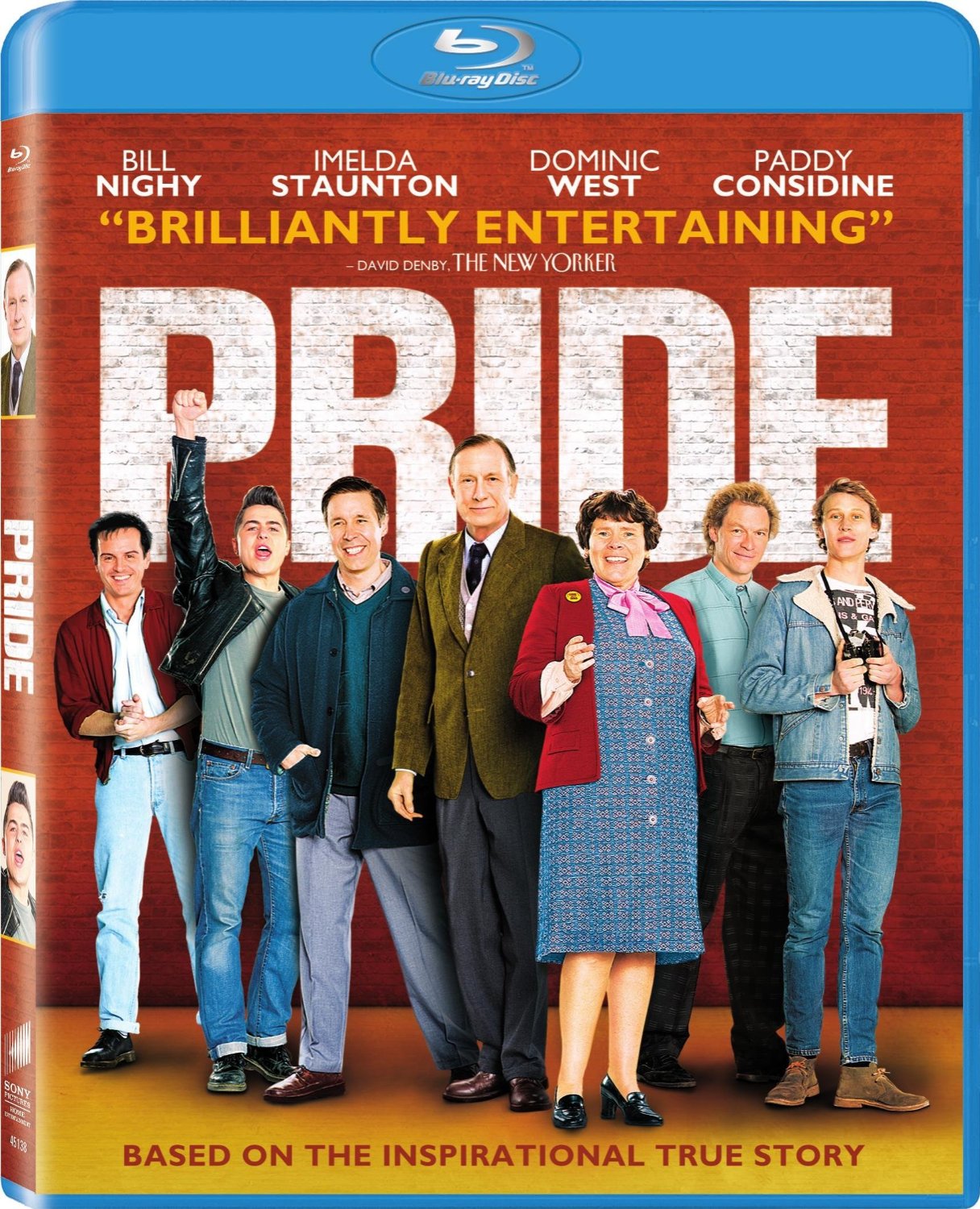 This might be the most criminally underseen film of 2014. It's a smart, funny, moving crowd-pleaser with an important message for 2015 and beyond: Your opinions of those you see protesting on TV may not be exactly right. Such was the case in 1985 when two seemingly disparate groups of protesting--those seeking equal rights for gays/lesbians and miners striking against the UK government--worked together. With an amazing ensemble cast that includes Bill Nighy, Dominic West, Paddy Considine, Andrew Scott and Imelda Staunton, "Pride" is such a well-made little movie about an important union that resonates today. It's a great film. Just trust me and see it.

One note: Sony should be ashamed of themselves for trying to remove all references to homosexuality on the Blu-ray/DVD synopsis and even the picture on the back of the case. For more details, read this piece. It's unclear how and why it happened but if you need further proof of the importance of this film's message even three decades after the events it depicts, look no further. 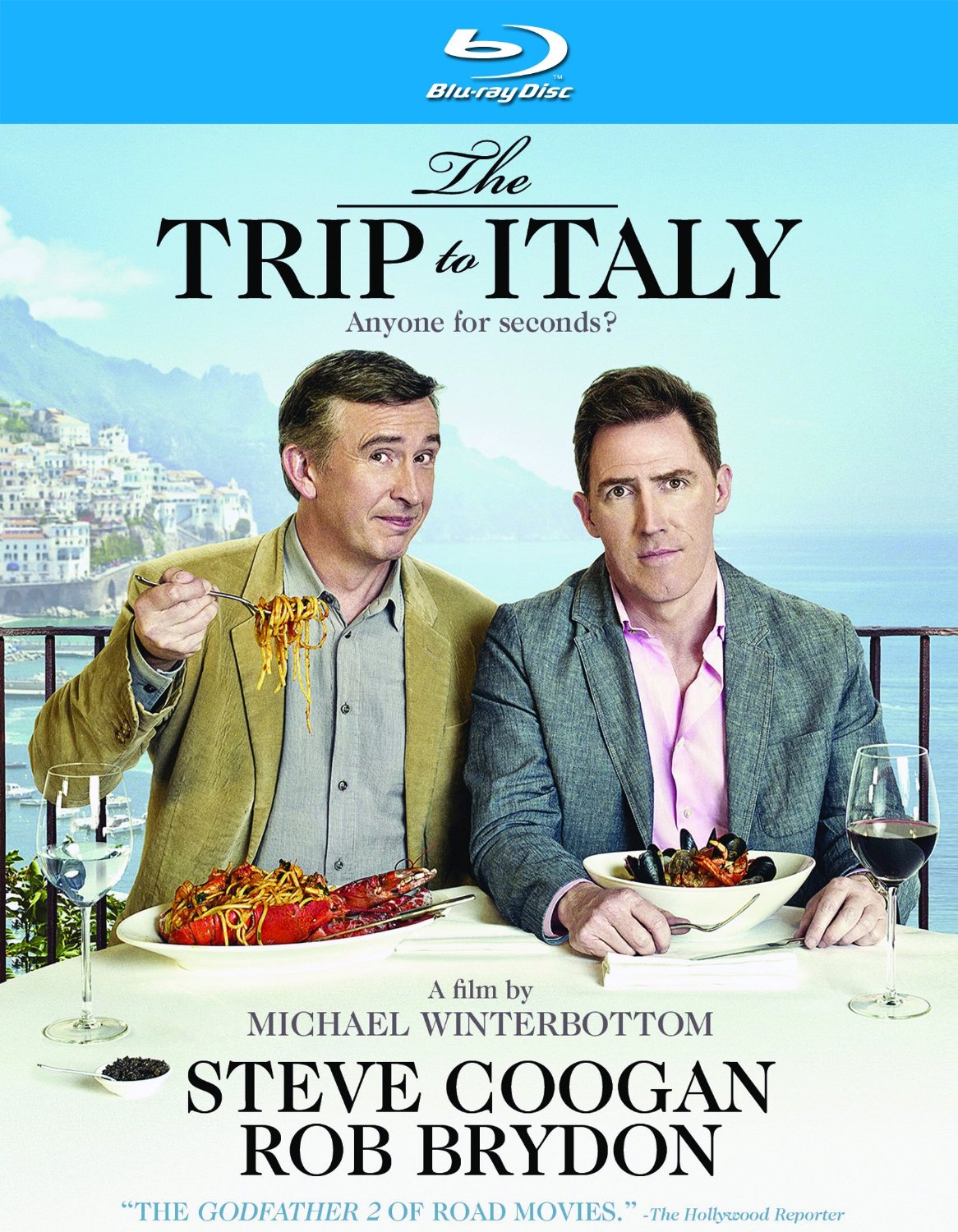 When you go to a restaurant to which you've been before, do you order the same meal you liked the first time or explore the menu for something new? Your answer may determine your overall enjoyment of Michael Winterbottom's follow up to his comedy buddy road flick starring Steve Coogan and Rob Brydon. This Italian sequel is nearly the same film, right down to the dueling impressions. And so it's enjoyable but remarkably familiar. And, to be honest, I was never quite as big of a fan of "The Trip" as some of my colleagues and so my "Yeah, it's OK" response to the sequel is nearly identical. Gauge how you would respond to this one similarly. 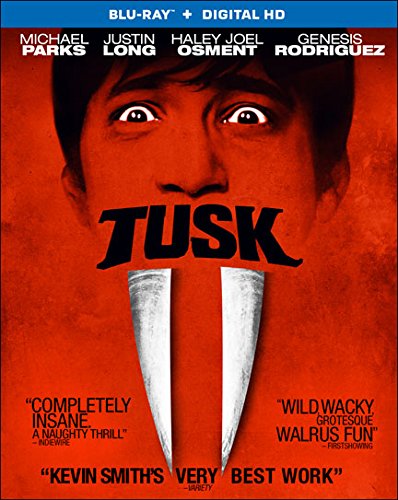 Dear Lord, is "Tusk" a weird movie. At times, it reflects more filmmaking skill than Kevin Smith has shown before. There are some scenes, especially between Justin Long and Michael Parks, that totally work. At times, it's a TOTAL mess, a film that needed a better editor and a rewrite. It's WAY too long. It's poorly acted almost all around (other than Parks). And the whole thing often feels like a joke on its audience. "Didn't think we could make that movie I talked about on the podcast? I'll prove you wrong!" Fans of Smith will be happy that the Blu-ray has a commentary (Smith is a better speaker nowadays than he is a filmmaker) and deleted scenes. Those who aren't fans of Smith have probably moved on further down the guide already. If you're still here, just click below:

The turning of the calendar brought dozens of classic films to the most popular streaming service in the world, including a few of my favorite films of all time. For the first time, we're going 20 deep in terms of new offerings for you to check out on Netflix. Navigating the New Releases section on Netflix can be difficult. Here are 20 movies that you should watch or re-watch. When you're done with the complete series of "Friends," of course.

Finally, you may be looking for a theatrical release that you can watch at home and avoid the trip out to the theater in the coldest month of the year. Pick one of these two: