How badly do you want to see rabid computer-generated zombie-monkeys die violently? Because there's not much else worth recommending in  "[Rec] 4: Apocalypse", the latest entry in a found-footage horror franchise about a zombie outbreak in modern-day Spain. "[Rec] 4: Apocalypse" starts off with a promising idea. Unlike the first few films, which presented Spanish zombies as Catholic demons/monsters that shrink back when attacked with holy water and Bible passages, "[Rec] 4: Apocalypse" focuses on more secular/human monsters: army scientists.

The film's creators are fundamentally mistrustful of scientists like Dr. Ricarte (Hector Colome), a strictly-by-the-book scientist who blithely experiments on humans and monkeys without considering his reluctant test subjects' needs. Sadly, that weirdly paranoid characterization of clinical scientists isn't developed beyond a point. Instead, director Jaume Balaguero, the co-helmer of the first two "[Rec]" films, sets up an interesting villain, and then shifts gears completely. The rest of the film is a bland survival horror film that pits a bunch of forgettable human protagonists, including Angela (Manuela Velasco), a news reporter and the sole survivor of the first "[Rec]" movie, against a horde of equally disposable flesh-eaters.

First, let's deal with the movie that "[Rec] 4: Apocalypse" is, then double-back to the movie it promises to be. "[Rec] 4: Apocalypse" is, by and large, a predictable, and needlessly ugly-looking horror film. Angela wakes up after the events of "[Rec]" and discovers she's been pre-emptivley quarantined on a ship by a group of army scientists. She's there because scientists like Dr. Ricarte are trying to make a retrovirus to stop the zombie outbreak. But inevitably, one of the scientists' other test subjects—a zombie-monkey—gets loose, and Angela and the ship's crew must fight for their lives.

This sounds fairly basic—because it is. "[Rec] 4: Apocalypse" is easily the laziest in the film series. While "[Rec] 3: Genesis" was the first to ditch the franchises's lame found-footage conceit, "Apocalypse" still features pointlessly nauseating hand-held, dimly lit cinematography. In fact, the film quickly devolves into a collection of pointless confrontations featuring bland characters who are only interesting when their lives are in danger. Even Angela, a heroine that's set up to be the "[Rec]" series's answer to Sigourney Weaver's Ripley in the "Alien" movies, isn't especially compelling. She spends a lot of the movie figuring out what's going, then capably dispatches monsters with the help of capable military men like Lucas (Cripulo Cabezas). Explosions, blood, and gore fly around them, and then you go home. There's nothing wrong with the film's formula-based storytelling, but rather its creators bland execution. Balaguero and co-writer Manu Diez never set emotional stakes that are so deep that they can't just pull them up on a scene-by-scene basis.

Then there's the movie that "[Rec] 4: Apocalypse" should have been. At the start of the film, we're shown a perfunctory, but tantalizing flashback to the end of "[Rec]." We follow a SWAT team as they fend off zombies in a dark apartment. These men know what's expected of them if they get infected, and are prepared to kill each other if anyone in their group is bitten. They cite "rules" and then unsentimentally shoot each other. It's a jolting start to the film, though it's filmed in a graceless, run-and-gun style that makes the film's opening feel crassly cynical when it should feel unnervingly sudden.

Still, this introductory scene does establish an interesting parallel between the first film's no-nonsense cops and scientists like Dr. Ricarte and his colleague Dr. Guzman (Paco Manzanedo). Guzman plays Good Scientist to Ricarte's Bad Scientist: Guzman's patient while Ricarte's eye is always on the clock. When a retroviral cure seems to fail, Guzman is begs Ricarte not kill all of their test subject, but rather give him more time to test a new possible solution. Ricarte, by contrast, is quick to leap to conclusions, and follow protocol. He's frantic, and doesn't weigh his options like Guzman does, so naturally he's the film's biggest baddy.

Too bad that neither Guzman nor Ricarte are important to the plot of "[Rec] 4: Apocalypse" beyond a couple of key scenes. Balaguero and Diez draw no substantial connections between the "[Rec]" zombies' identities as Catholic/Christian demons, and Ricarte's compulsion to play God, and treat Angela like just another lab animal. Moreover, Ricarte's domineering need to diagnose and contain Angela looks, as it's presented, weirdly superstitious, and to no thoughtful end. If Ricarte's behavior is a symptom of greater social problems in Spain, you wouldn't know it based on "[Rec] 4: Apocalypse."

So how about those fake-looking, undead simians? They're gross-looking, and loud, and when they get destroyed, they make an impressive splat. But beyond that, who cares? Unless you're a diehard zombie fan, you can wait until an intrepid fanboy posts a highlight reel from "[Rec] 4: Apocalypse" on YouTube. Zombie monkeys are fun, but they're not worth 96 minutes of your time. 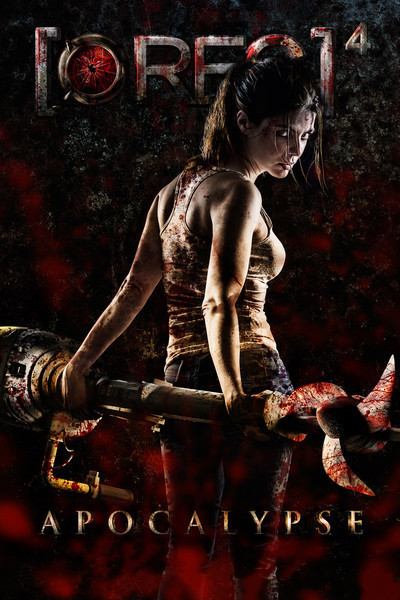