"Friends" is the most sickening piece of corrupt slop I've seen in a long time. It's so cynical in its manipulation of youth, innocence, sunsets and all the rest that you squirm with embarrassment. And the movie is all the more horrible because you realize that its maker, Lewis Gilbert, no doubt intended this to be a "sincere personal statement" (as they say in the movies) after his "commercial" projects like "The Adventurers" and "You Only Live Twice."

Yet, "Friends," in its way, is more cynically commercial than "The Adventurers," which was at least an honest piece of crap. "Friends" drips with simpering close-ups of wide-eyed young faces. It has a sound track of slightly rotten syrup, interrupted occasionally by banal songs by Elton John. It has so many idyllic romps through the fields, so many sunsets, so many phony emotional peaks and so much pandering to the youth audience in it that, finally, it becomes a grotesque parody of itself.

The story begins on a level that might be described as pornographic Horatio Alger, and descends from there. A little French girl, who speaks English in a cloyingly cute accent, comes to the city because her father has died and she is an orphan. But her relatives do not love her. Meanwhile, a rich English boy, likewise unloved, runs away from his Paris home and meets the girl in the zoo. They become friends and decide to leave the world of adults and exist on their own.

This involves getting them as quickly as possible to a summer home the girl knows about, so that we can have lots of "innocent" bedroom, bedtime and just plain bed scenes. There is a coy bathing scene, where they scrub each other, but not quite all over, and enough unnecessarily protracted nude shots of the 14-year-old girl to edge the movie toward child molestation. The movie pretends to be naive, yet its sex scenes are clearly designed to be prurient; it's not the prurience that is offensive, but the cynicism involved.

There must also have been cynicism involved in the creation of the two young characters. There are probably no 14- or 15-year-olds in the entire world like these two; they seem to have been created specifically for the entertainment of subscribers to Teenage Nudist. The archness of their "innocence" toward sex is, finally, just plain dirty. And the worst thing is that the movie seems to like it that way. 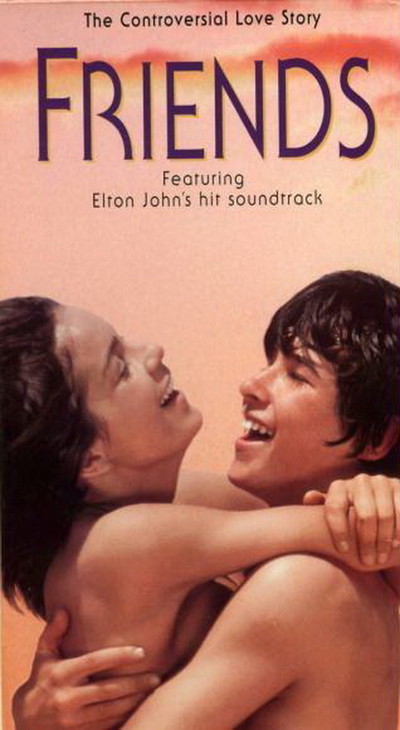