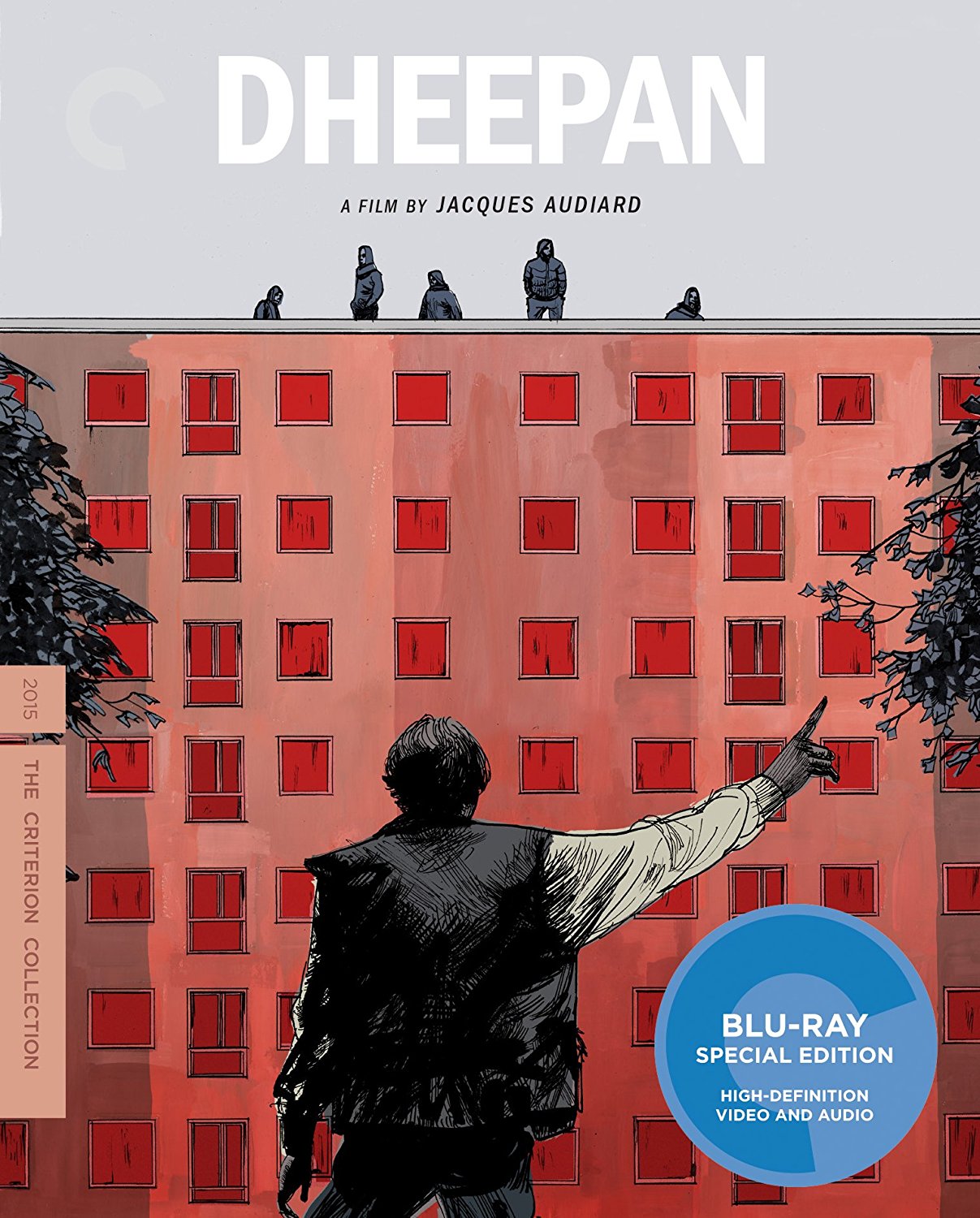 As we await the winner of the 2017 Palme d'Or it may already be time to reappreciate and revisit the 2015 winner, a shocker at the time that was deemed inferior to other films in competition that year, including "Carol" and the inevitable Oscar-winning "Son of Saul." History will determine exactly how wrong the Jury was at Cannes, but it shouldn't lessen the way we appreciate Jacques Audiard's searing drama about an immigrant fleeing a war-torn country only to find violence in his new sanctuary. If anything, the stories of refugees and continued violence around the world almost makes "Dheepan" feel even more current now than it it did just two years ago, and the Criterion Collection couldn't have timed its release better. As for the comparisons, it's this simple: "Dheepan" may have been a surprising choice, but it's still a very good film from one of our essential, international filmmakers, and a great inclusion in the Criterion Collection. 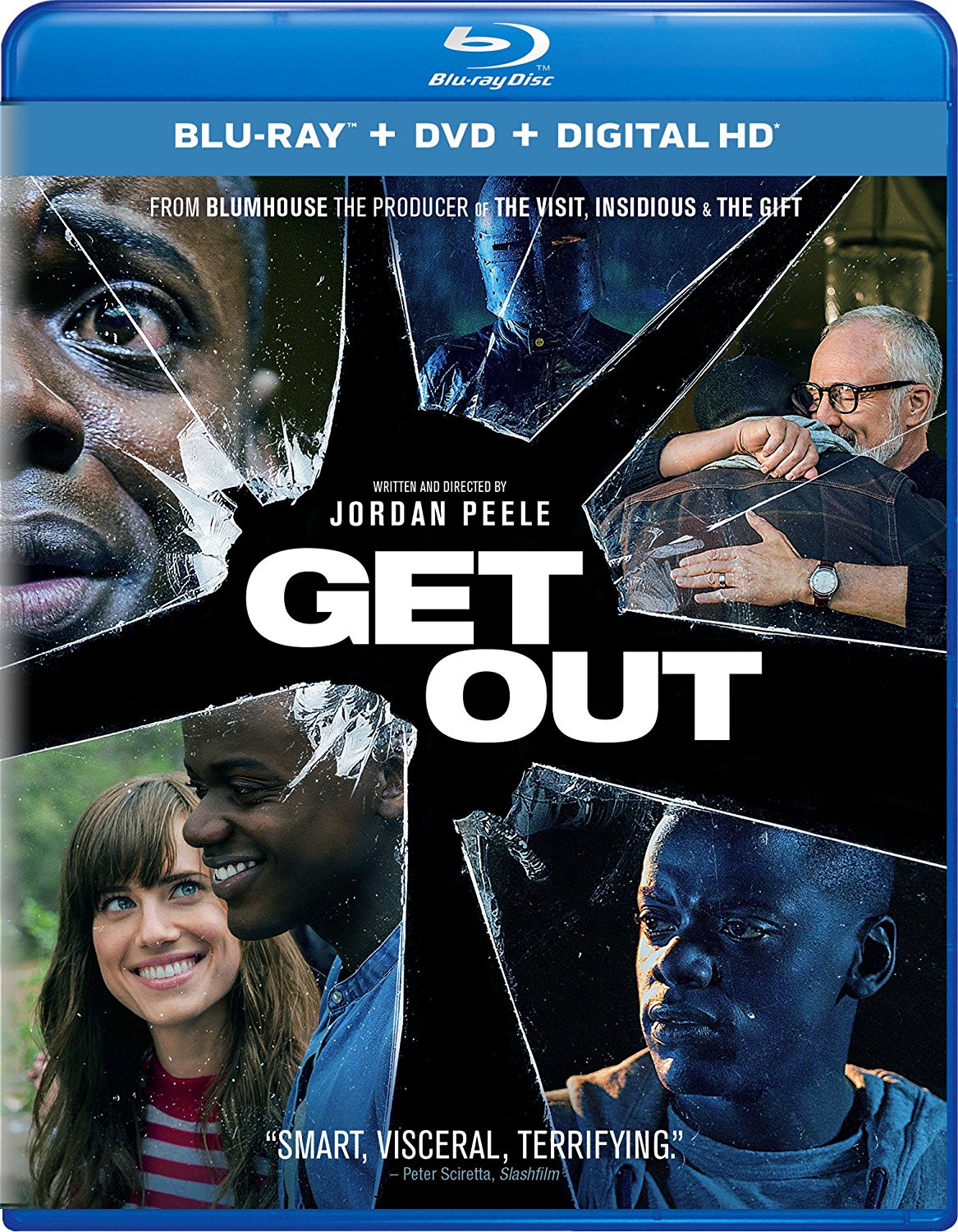 Few films in the last several years made the impact that Jordan Peele's horror-comedy did back in February when it debuted to massive critical and commercial acclaim. Made on a budget of just under $5 million, "Get Out" has made over $230 million worldwide and received almost universal critical love. It's one of my favorite film stories of the year, particularly because we just don't see original screenplays get this kind of audience love in an era when everything is based on already beloved source material. "Get Out" was a real break-out, and I expect it to find an even bigger audience on Blu-ray, where you'll see the almost-was ending that never should have been and hear a great commentary with Peele himself. I have a feeling "Get Out" is going to be like "Reservoir Dogs," a film we look back on fondly but also as just the beginning of a remarkable career. 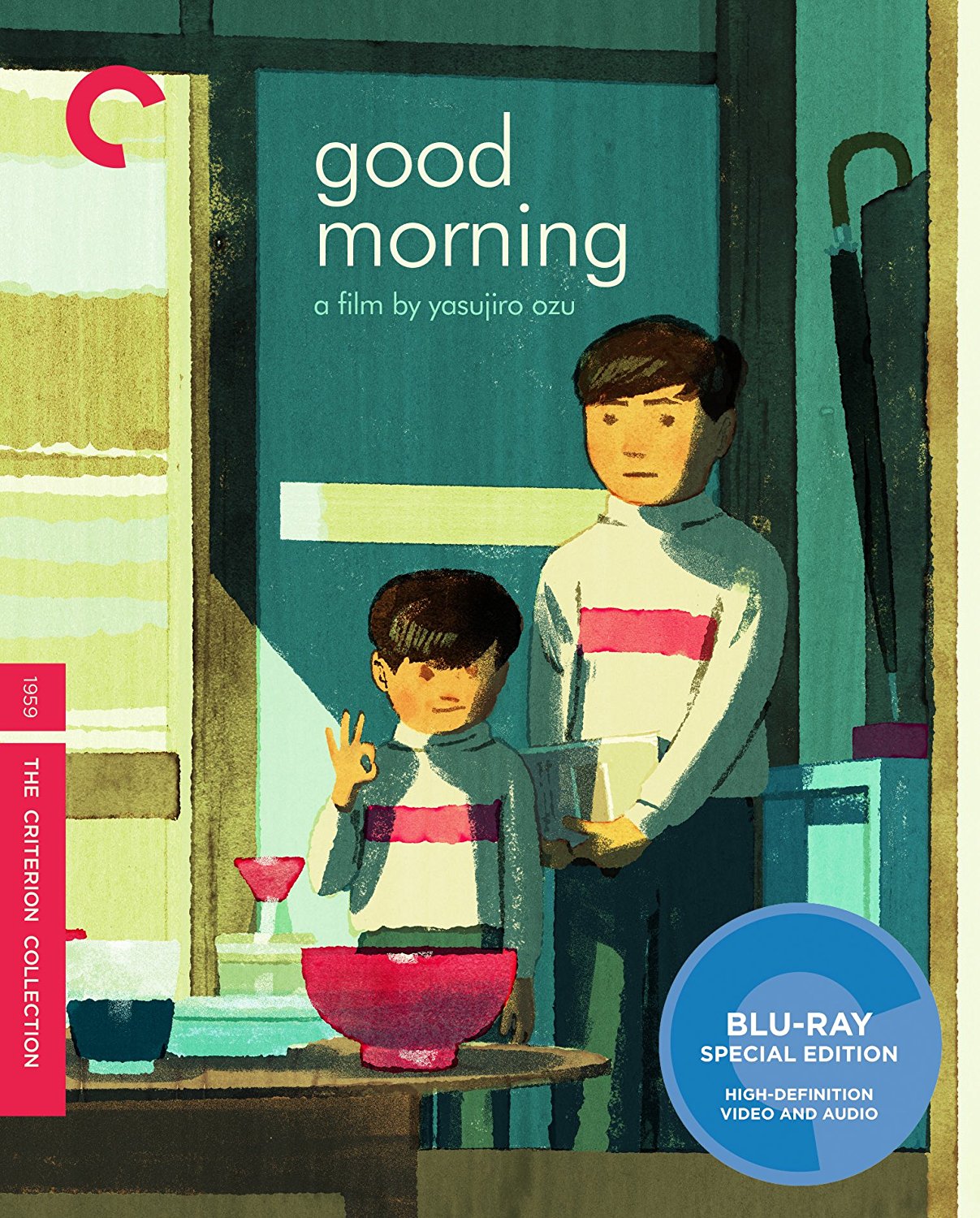 I'm always impressed with how often Yasujiro Ozu's name comes up in film conversations. I was just discussing his impact last week (as it relates to Kogonada's upcoming, and fantastic, "Columbus"), and I actually had the thought that he's a filmmaker who comes up as much as nearly anyone when the conversation turns to influence; his legacy is one that never seems to fade. While films like "Tokyo Story" and "Floating Weeds" get more attention, the Criterion Collection has been as comprehensive with his work as any filmmaker. "Good Morning" (along with the full-length silent comedy also on this disc) marks the 20th (!!!) film by Ozu released under their banner. So while it's arguably "minor Ozu," it's also part of a bigger project from the company that is basically restoring and reappreciating his career as a whole. And just because it's minor doesn't mean they don't treat it as major, accompanying it with an entire other film and an interview with one of the smartest film scholars alive, David Bordwell.

Special Features
New 4K digital restoration, with uncompressed monaural soundtrack on the Blu-ray
I Was Born, But . . ., Yasujiro Ozu’s 1932 silent comedy, with a 2008 score by Donald Sosin
New interview with film scholar David Bordwell
New video essay on Ozu’s use of humor by critic David Cairns
Fragment of A Straightforward Boy, a 1929 silent film by Ozu
PLUS: An essay by critic Jonathan Rosenbaum 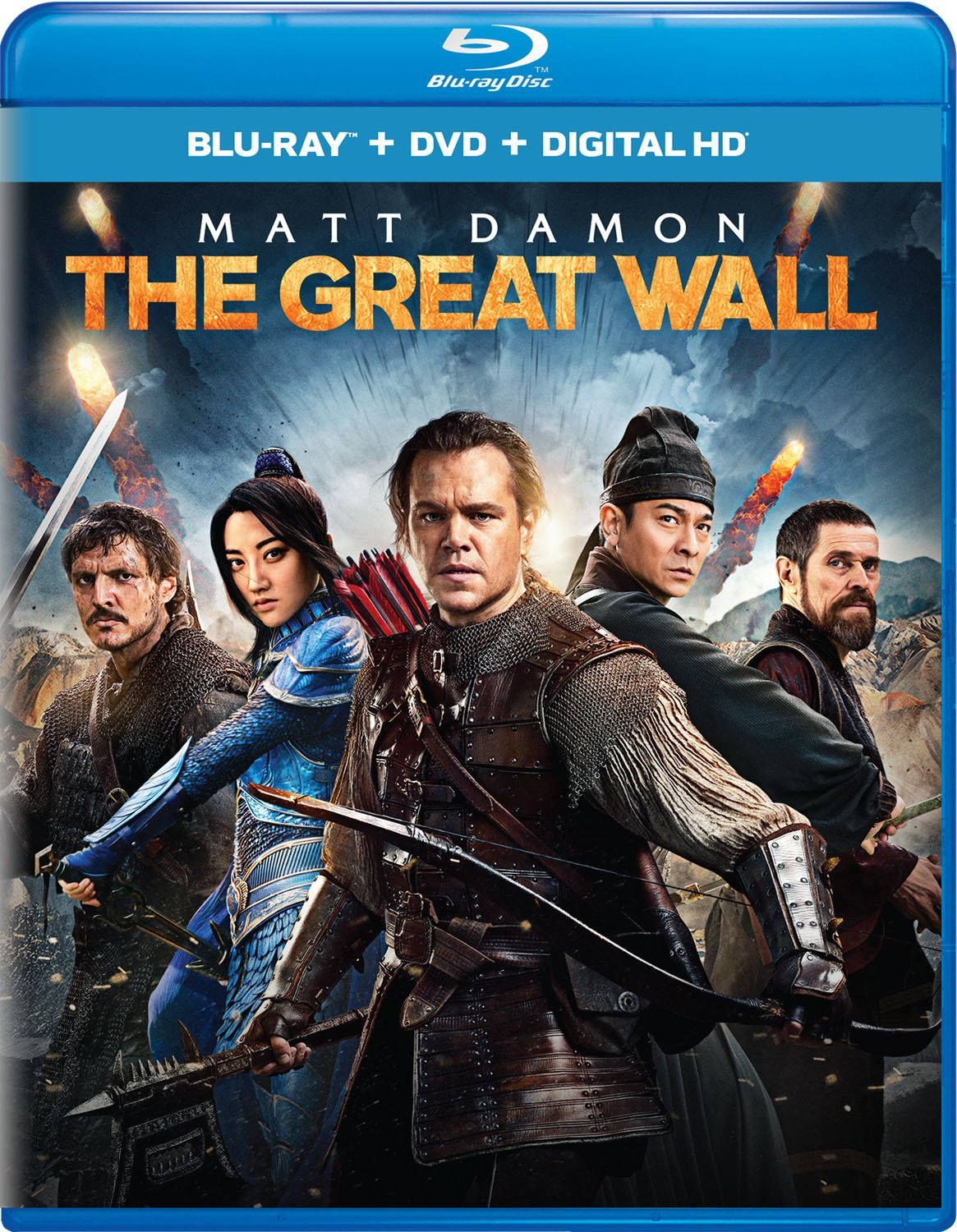 Once you get past Matt Damon's notably goofy accent, there are actually a few things to like about this controversial action epic, a film that kind of flopped domestically but made a fortune around the rest of the world ($330 million and rising). Zhang Yimou understands that a film like this, in which the plot could be summed up as "MONSTERS!," the key thing to give audiences is spectacle. And when the film is operating on a purely eye candy level, it has some visceral power. Yimou definitely knows how to stage a monster attack and there's a fluidity to the action here that recalls his more, shall we say "high brow," work in films like "Hero" and "House of Flying Daggers." The plot is deadly, bringing the film to a halt almost every time Damon opens his mouth, but it's easier to see now why everyone involved made this action epic than it was during its controversial theatrical release. 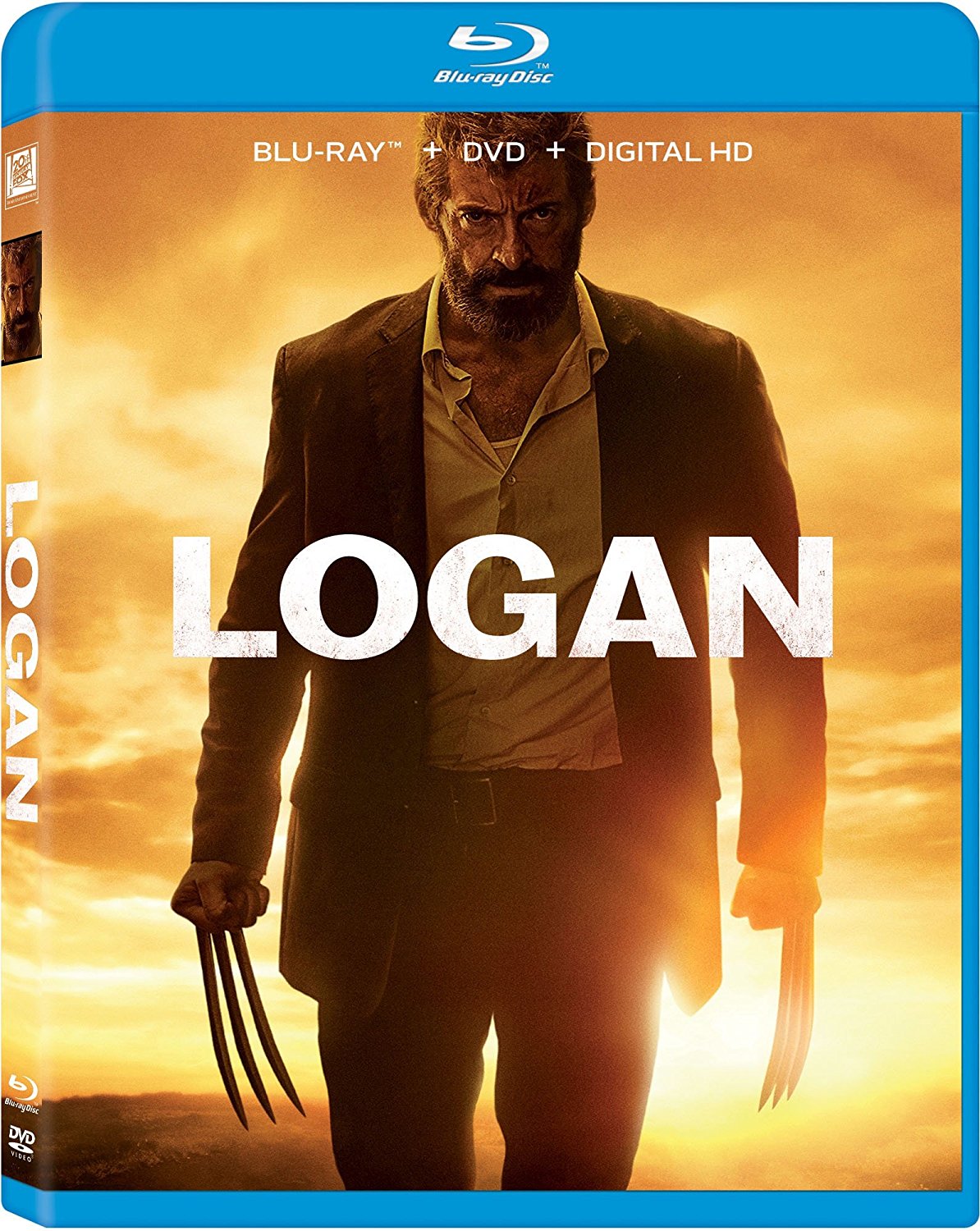 Someone the other day asked me the best film so far this year and my first instinct was this one, believe it or not. (It's this or "Your Name.") James Mangold finally figured out what to do with Wolverine, reconstructing him as a classic Western hero on his last ride. Some have commented that "Logan" was too dark, to which I'd argue there are hours and hours of light MCU movies to see instead. It's OK to go dark every once in a while. So much has been written about "Logan" that it's hard to say anything new. What I'll add is that Hugh Jackman's performance here is already underrated. He grounds the superhero aspects of this story in relatable human issues like frailty, age, and regret. It's arguably his best performance. And that alone means you should see "Logan," even if you don't consider yourself a superhero movie fan. Embrace the darkness. 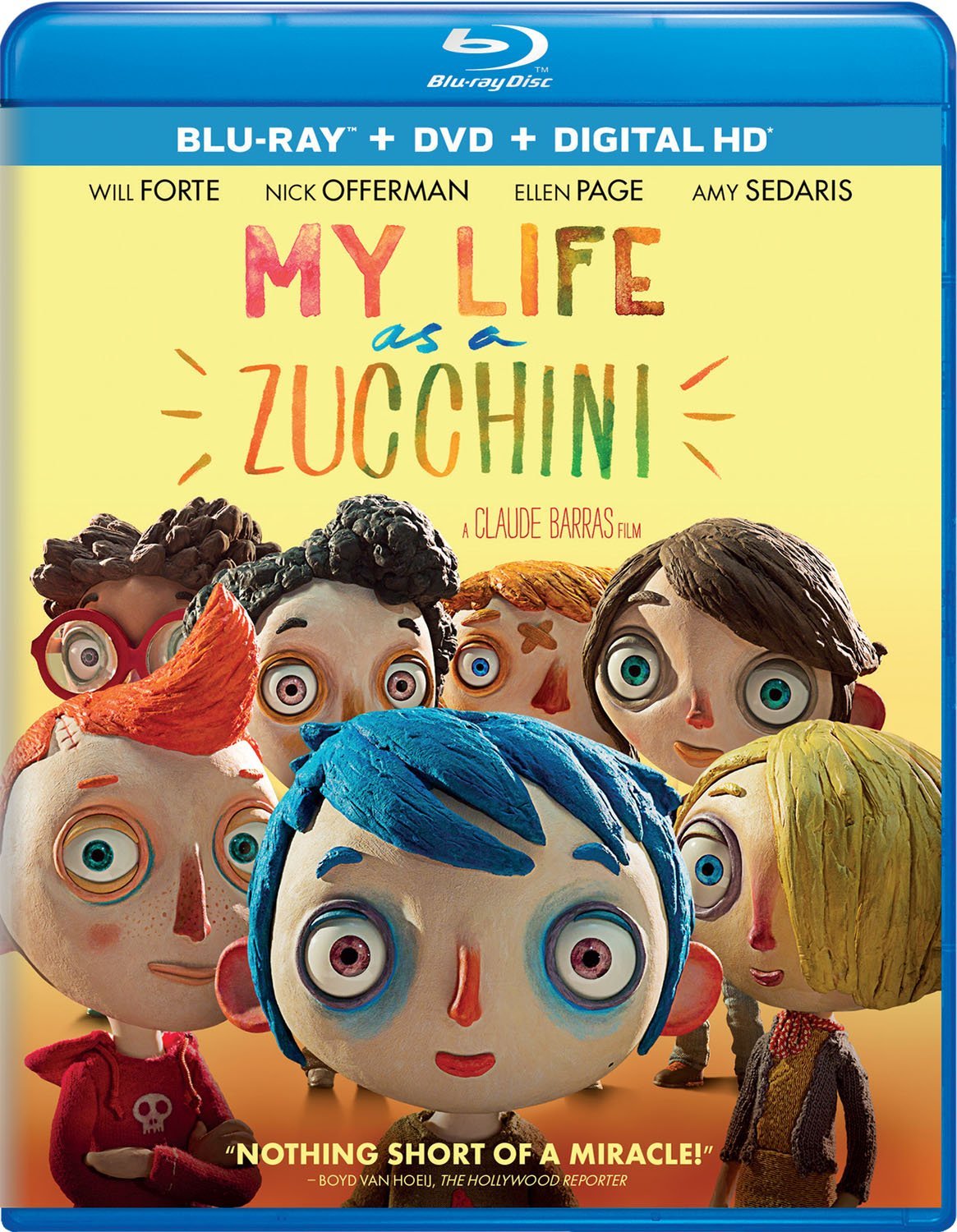 "My Life as a Zucchini"

The major Oscar nominee that the fewest number of people had heard of has to be this gentle, moving stop-motion animated film about a boy sent to an orphanage after the death of his mother. It's an incredibly sweet and smart film about friendship and a theme not often addressed in children's films (this is a bit dark for kids, FYI), which is that we're all a little damaged. When we're young, we often think our problems are greater than anyone else's, but our hero here learns that he's not alone in having a dark past and awful upbringing, and that there are people out there like him, willing to help and love him. That's a timeless message, and it's conveyed in a gorgeous, fluid animated style that you really need to see. After "Kubo and the Two Strings," this was my favorite animated nominee from last year.

Special Features
The Making of My Life As A Zucchini
Short Film: The Genie in a Tin Ravioli
U.S Trailer 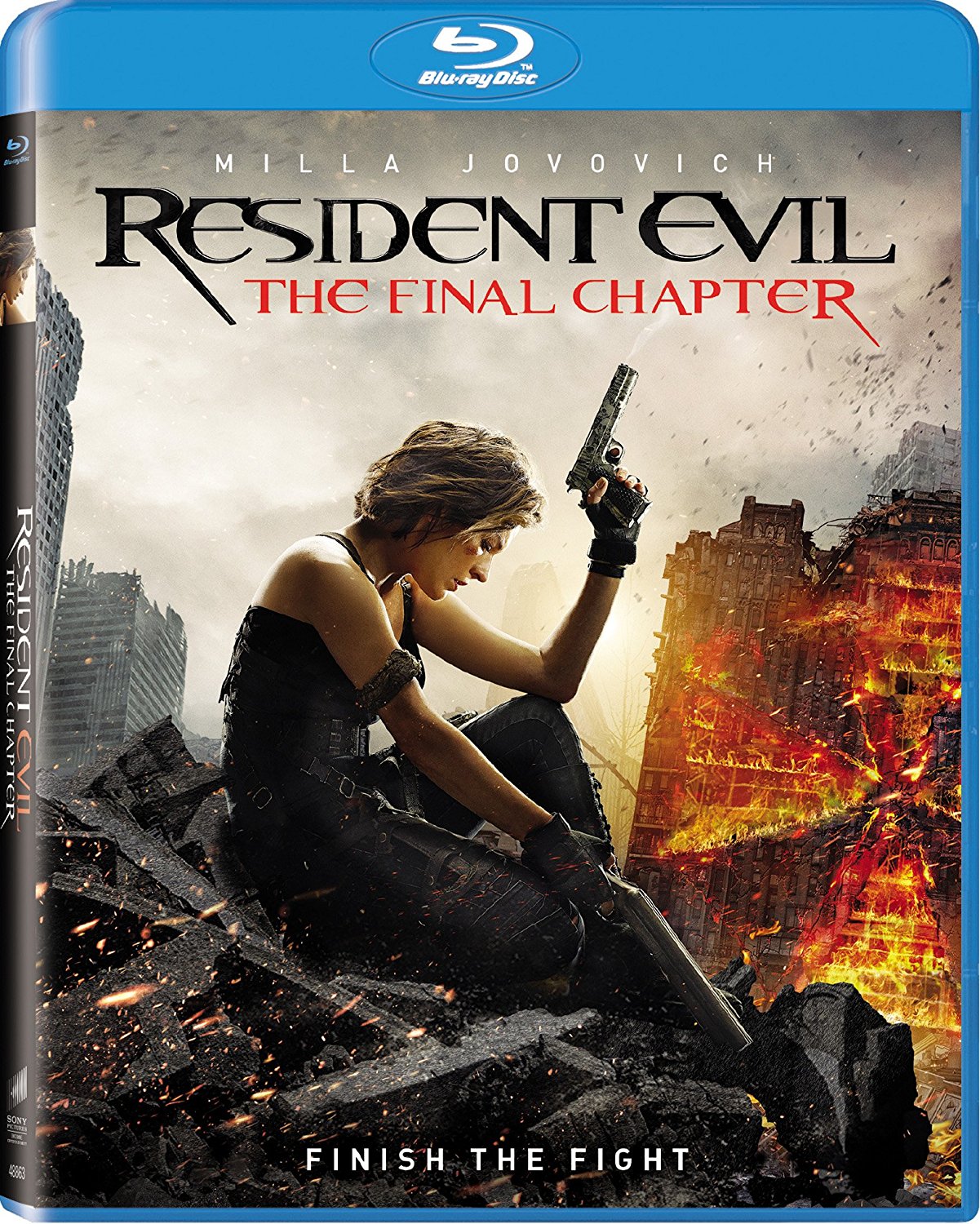 Five years after the fifth "Resident Evil" film ("Retribution"), Paul W.S. Anderson returns to the franchise to direct the final chapter of a series that spawned 15 years and made a FORTUNE around the world. This is another one of those franchises that isn't really made for us in the States (this chapter made $27 million domestically and another $285 million in other countries) and so it's hard to believe that it's actually over. In fact, they've already announced a reboot with a new cast. They're gonna make these movies long after we're dead and gone. Before that happens, I actually think there will be something of a reappraisal of the "RE" films. It's already happening a little bit in arenas like Film Twitter where "they're not that bad" has evolved into people willing to actually defend them. Sure, on a script level they're total garbage, and this one more than most, but there are set pieces here that are simply awesome. And we've all taken Milla for granted. Yeah, I said it. Don't @ me. 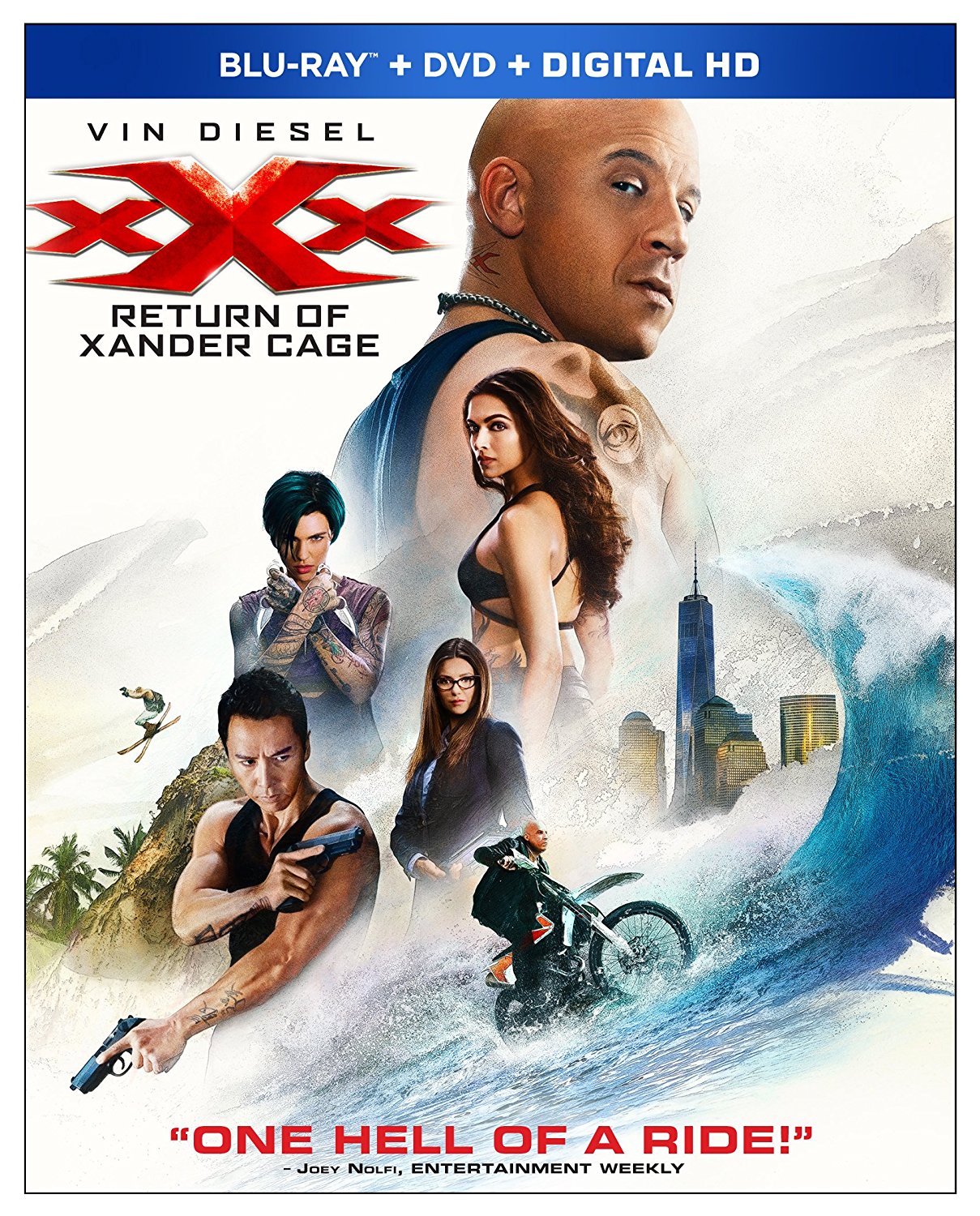 Speaking of spectacle (that seems to be the theme this week), here's yet another movie that works if you're willing to turn off the critical part of your brain and accept a movie that often feels like it was directed by a can of Mountain Dew. This is hyperactive ridiculousness, but the filmmakers recognize that, having as much fun as possible. In fact, this is a more tongue-in-cheek thrill ride than the "The Fate of the Furious" (although it's set pieces are nowhere near as accomplished), never once feeling like something you're supposed to take seriously. Strap in and enjoy the ride.