“Son of Saul” begins with a long, unbroken shot of mesmerizing intricacy. The year is 1944 at the Auschwitz-Birkenau concentration camp. Saul Auslander (Géza Röhrig), a member of the camp’s Sonderkommando—prisoners forced to help the Nazis exterminate Jews, thereby delaying their own deaths for a few months—walks toward the camera from far off in the woods before finally coming into focus in the center of the frame. From there, Hungarian director and co-writer László Nemes follows Saul as he goes about his daily work herding new arrivals toward the undressing room and into the gas chamber. They’d been promised hot meals and well-paying jobs, something Saul has heard countless times before. Clearly, none of that is in store for these people.

Nemes stays close, showing us only what Saul sees, photographing him from the back or the side, Dardennes-style, as he walks purposefully toward each destination. The horror remains in the periphery, a blur, but it’s unmistakable: the pounding and screaming from behind the metal doors, the naked and lifeless limbs being dragged across the concrete floor once the doors have reopened. The suggestion of the suffering is more unsettling than wallowing in it. Saul reacts to nothing. His face remains stoic, unflinching.

Right away, we know we’re in the hands of a director who wants to tell the story of the Holocaust from a different perspective than we’ve seen before in films: a more personal, intimate one. “Son of Saul” is a movie that requires attention and patience, with a script from Nemes and Clara Royer that’s often wordless or whispered. If you’re not a fan of ambiguity, either from a narrative or moral perspective, you may have trouble here. But this is just a marvel of controlled filmmaking—a bold vision carried out with powerful simplicity, and an impressively assured debut form both Nemes and Röhrig as his star.

Röhrig has the tricky task of carrying this story on his shoulders—and us along with him—without the benefit of being able to emote or even say much. It’s a physical performance as much as it is a quietly emotional one; he has to establish who this man is mainly through his gestures, demeanor and energy. Saul is savvy and resourceful, traits he must use again and again to survive over the course of a harrowing couple of days. Then again, time is hazy here, as are many elements of “Son of Saul.” Identities are unclear at times, even of characters who play pivotal roles. Maybe that’s intentional, though—an effort by Nemes to suggest the psychological chaos that can exist in such a cruelly systematic environment.

At the film’s start, Saul is a cog in this machinery: efficient, trustworthy, unshakable. That is, until he sees the body of a boy on the verge of death, whom doctors quickly suffocate. Saul is drawn to him, and makes it his mission to find a rabbi to ensure the boy has a proper Jewish burial rather than be autopsied and incinerated. (Doctors actually refer to the body as an “it”—a thing that needs to be taken someplace.) Eventually, Saul claims the boy is his son. He may or may not be, but who he is isn’t as important as what he represents: a sense of purpose, an opportunity to break free from his soul-sucking routine and achieve a sense of redemption, however fleeting it may be.

At the same time, Saul must juggle this quest with his role in an uprising that several fellow prisoners in the camp are planning. He must choose between the spiritual fate of one boy and the practical greater good for a multitude of men and women. It’s sometimes difficult to tell who’s who in this obscured, enclosed setting; several men in the resistance look similar, and the one woman he has contact with in a brief but gripping scene never gets an explanation. But their collective urgency is palpable, and as both storylines bubble to a boil, Saul’s actions become more brazen.

Getting back to that opening tracking shot for a moment: Nemes recreates it at night toward the film’s end as the camp’s commanders carry out orders to kill an even larger number of Jews even more quickly. This time, we follow Saul as he navigates the frantic sea of humanity. Time is running out for everyone. Dogs bark. Children cry. Gunshots pierce the night sky and flames turn the whole scene into a vision of hell on Earth. But the camera stays with Saul faithfully, making us care for this person we barely know just as he cares for the son he barely had. 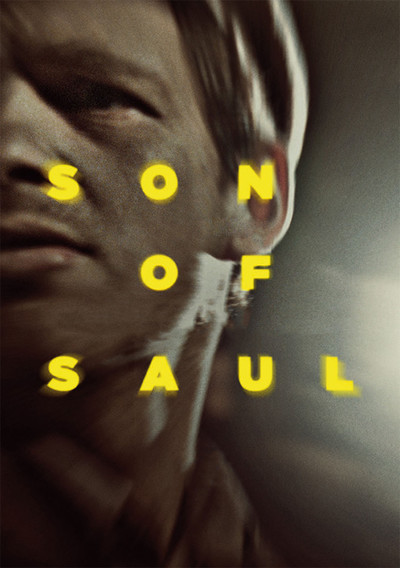 Rated R for disturbing violent content, and some graphic nudity.

Jerzy Walczak as Rabbi in the Sonderkommando