Is “Logan” more powerful because of what the superhero genre has delivered over the last decade? Does it seem both groundbreaking and classic because it doesn’t feel like a modern superhero movie, especially those with the Marvel brand? Don’t worry. I’m not going to dissect the flaws of the Marvel and DC brands, but it’s undeniable that the modern superhero movie has relied on CGI, particularly in final acts comprised almost entirely of apocalyptic explosions. And so many of them have served as bridges between franchise entries that one feels like they’re constantly watching previews for the next movie instead of experiencing the one they’re watching. “Logan” has stakes that feel real, and fight choreography that’s fluid and gorgeous instead of just computer-generated effects. Most importantly, “Logan” has characters with which you identify and about whom you care. It's not just "great for a superhero movie," it's a great movie for any genre.

“Logan” calls back directly to “Shane,” including a scene in which the characters watch the film, but it has more echoes of late-career films for icons such as “The Shootist” and “Unforgiven” in the way it deconstructs the line between hero and legend. Logan (Hugh Jackman) is a Western archetype, the gunslinger forced to put away his six-shooters and try to live out his days as routinely as possible. In the world of “Logan,” The Uncanny X-Men comics exist, meaning that Logan/Wolverine is like a retired sports hero or celebrity, someone who’s recognized but no longer really essential. It is 2029 and mutants have been removed from the human bloodline, meaning that the creaky Logan and the nonagenarian Professor X (Patrick Stewart) are the end of an era. Or are they?

When the film opens, Logan is laying low, working as a driver. He’s introduced sleeping in his car, as a group of tough guys try to steal his tires. When he attempts to stop them, he gets shot, but we all know bullets don’t do much to Wolverine, and it’s minutes before his Adamantium claws are slicing through skull and bone in ways we’ve never seen on film before. Not only is “Logan” the first R-rated iteration of this classic character but Mangold’s approach to action is unique for the Marvel film brand. Gone is any sense of hyperactive editing or wide overhead shots to disguise the stunt and CGI work. We’re close to the action in this film, often shot from low to the ground, more like a “Bourne” film than a superhero movie, and the focus is more on fight choreography than editing. Jackman’s work in the fight scenes is smooth but also character-driven in that Wolverine’s style reflects the no-nonsense approach of the character. “Logan” also works in a few fantastic chase scenes later in the film, and again it doesn’t feel like the film stops and takes a break for set pieces as so many superhero movies do—the action is organic to the story and the characters, much like “Mad Max: Fury Road” in that regard.

“Logan” shares more than just an action style with George Miller’s film for it too becomes a road movie when Logan, Professor X, and a mysterious girl (Dafne Keen) head out to try and find 'Eden,' a place where escaped mutants are going to start over, which may or may not even exist. Reticently, Logan realizes he has one more heroic journey in him, and that he has to protect this girl from the team of mercenaries chasing them (an iteration of the Reavers from the comic books) led by one particularly nasty SOB named Donald Pierce (Boyd Holbrook).

Holbrook is good here and Richard E. Grant chews some scenery well in later scenes, but the real villain of “Logan” is time. Professor X has gotten to a point late in his life where he has seizures, and if you’ve ever wondered what happens when a telepath so powerful that his brain has been classified as a weapon of mass destruction has seizures, wonder no more. He needs a sedative shot to stop a seizure and pills to keep them from coming on in the first place. He knows he doesn’t have much time left on this planet. And neither does Logan, who Jackman plays as a man more than a superhero in one of the best performances of his career. Jackman interprets Logan as a man who has lost most of his friends and most of his purpose, hesitant to fight again. Again, it's like the late-career roles of Wayne or Eastwood in that sense, an icon forced into action for a final time, but Jackman wisely plays the humanity of his iconic character instead of the mutant abilities. It's a fantastic performance.

One can look back on “Logan” and pull apart the themes and philosophies of the film, but it’s important to note that it’s a viscerally exciting film to experience. The comparisons to “Children of Men” and classic Westerns may lead one to believe that this is overwritten and overly intellectual. Nothing is further from the truth. This is a great action movie, first and foremost. The action scenes have purpose and connect so much more powerfully than most superhero films, in which they are often just ways to show off the budget. When “Logan” breaks out into action, it feels organic to the plot, moving the themes and characters forward, much like in James Cameron’s “Terminator 2: Judgment Day,” another film which this one reflects in its road structure and that of a protector for the next generation (and in another way that I won’t spoil).

“Logan” is the rare blockbuster that could be a game-changer. It will certainly change the way we look at other superhero movies and how history judges the entire MCU and DC Universe of films. Don’t get me wrong. I love a good popcorn superhero movie as much as the next guy (maybe even more than most critics), but “Logan” shows how deep one can go in the genre if they just approach it in a different way. In that sense, "Logan" deconstructs the modern superhero movie. It will be hard to put it back together again. 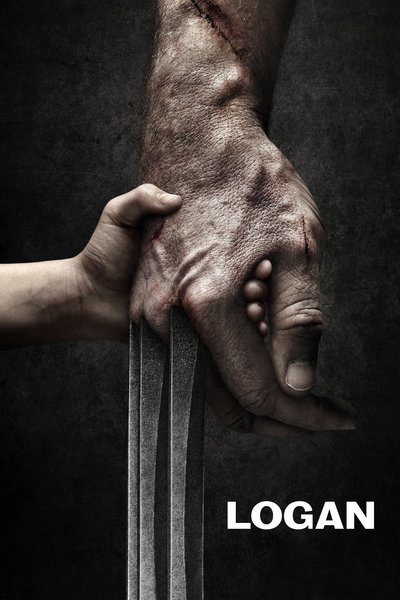 Rated R for strong brutal violence and language throughout, and for brief nudity.