As awards season kicks into high gear, it may be easy to miss a new release on Netflix, On Demand, or Blu-ray and DVD. That's why we're here. We catch all the best streaming and on-disc options for you every two weeks, give you links to our reviews, and even ways to buy titles for that special person on your holiday shopping list. Pick your faves.

The latest updates to the world's most prominent streaming service feature an array of acknowledged classics and beloved films, with only a scant few "new" movies added to the system (the highlight of which is a great Mark Duplass - Elisabeth Moss genre hybrid). As for the rest, I can't watch Cameron Crowe's movie enough, there's a nice array of Bond flicks to get you through the holidays, and, just so you know, every time there's a Michael Mann movie newly available on the service, it will be in this feature. You can read Roger's reviews below and add the films directly to your queue via the "Watch It" function.

3 NEW TO ON DEMAND

Much like Netflix and even Blu-ray/DVD, it's been a little quiet in the world of Theatrical On Demand. Having said that, I was surprised by how much I really liked Sam Esmail's directorial debut, Paul Schrader is always interesting (even if Matt Zoller Seitz doesn't like his new one), and there's a new horror flick that Simon Abrams reviewed positively a few weeks back. Pick whichever one interests you the most.

"Dying of the Light" 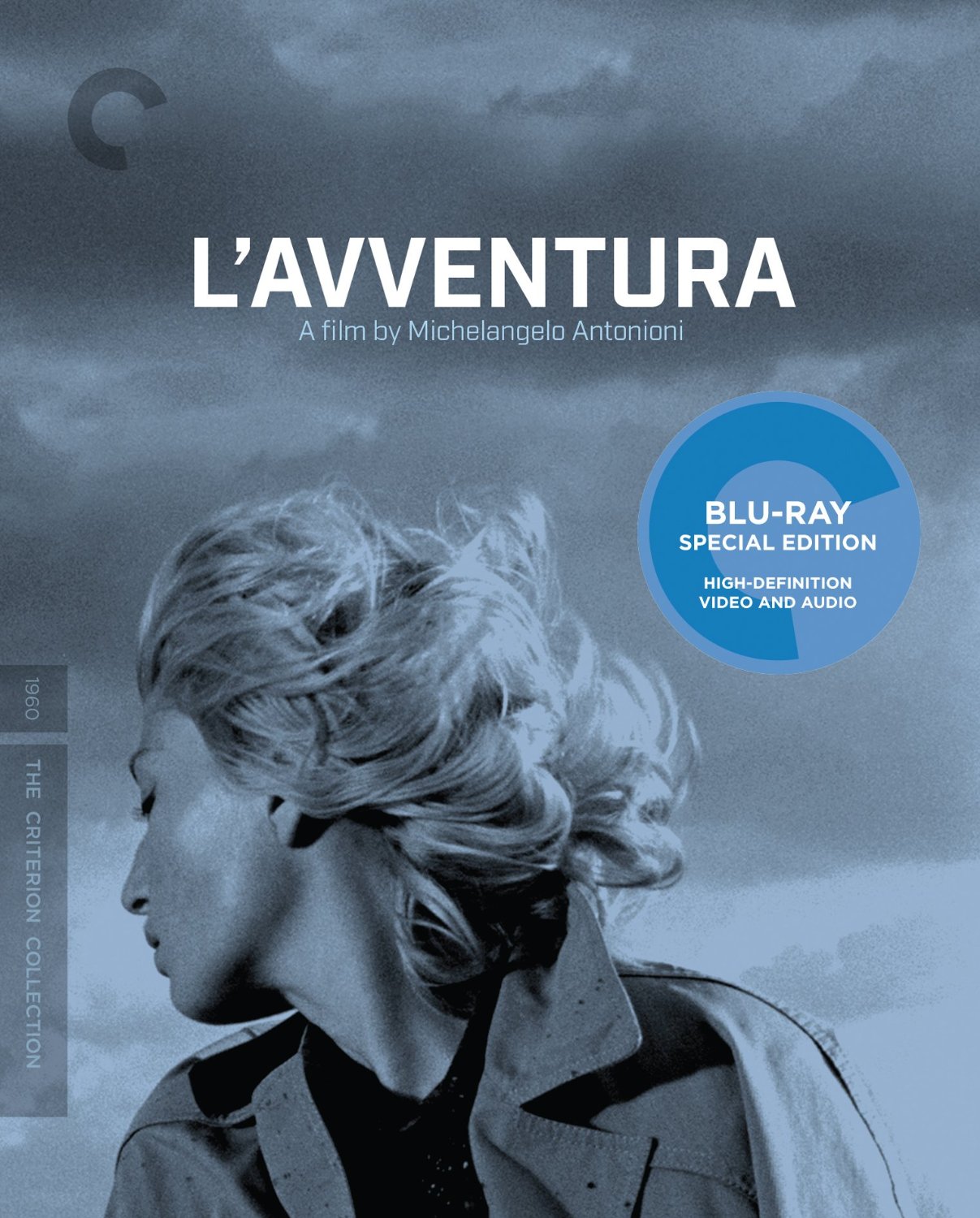 It's hard for modern audiences to fathom the impact of Michelango Antonioni's undeniable masterpiece, a film that forever changed the language of cinema. As they have so often done, Criterion has done everything they can to convey that historical importance to everyone's favorite medium. "L'Avventura" is not merely an "important" film, it is one that still vibrates with such talent and astute social commentary that it would be hailed as a masterpiece were it released today. Watching it on the Criterion Blu-ray for the first time at least two decades, I was stunned by its timelessness. It is about many things, but the theme that stuck out to me this time was the ease with which one can disappear from a life that they're barely in in the first place. That's a theme that is pertinent over five decades later. And don't get me started on the way Antonioni uses landscape, the neverending water and barren terrain where the first half of the film takes place contrasted with the beautiful interiors of the second half. His film plays both like a dream and a social commentary, which is almost impossible to do if you really think about it. Don't take my word for it. Listen to Olivier Assayas' amazing dissection of the film (and notice how much it influenced "Clouds of Sils Maria" next year) and read the great essay by Geoffrey Nowell-Smith. The special features here may be a little slight but this is truly a film that speaks for itself. And will continue to do so for a very long time. 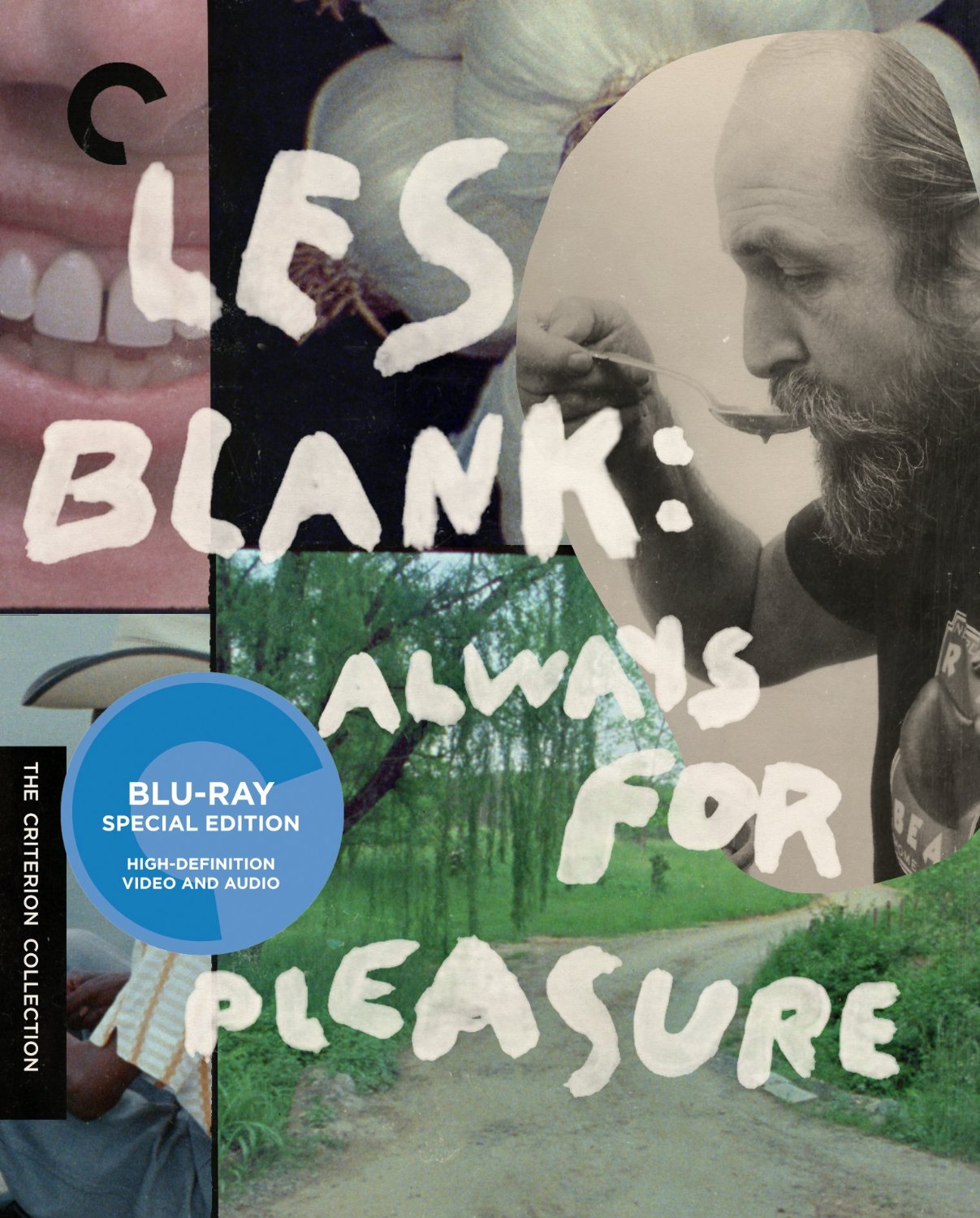 "I was so inspired to see a man more miserable than I that I decided I got to get in the movie business."--Les Blank on how seeing "The Seventh Seal" inspired his career.

Les Blank made perhaps the best film about filmmaking ever made in "Burden of Dreams," his incredible document of the production of Werner Herzog's "Fitzcarraldo." Herzog says in the too-brief glimpse of "Les Blank: A Quiet Revelation," an upcoming doc about the man, that he believes future generations will define what America was all about through Les Blank's films. And so Criterion's latest box set is a treasure, as it includes over a dozen of Blank's works along with six short films and interviews with Blank's friends and collaborators. From the first five minutes of "The Blues Accordin' to Lightnin' Hopkins," one can tell that they are in the hands of an intuitive, remarkable filmmaker, someone who captures reality almost by blending in with it. As noted in "Quiet," Blank becomes an observer by being quiet and friendly, but he forms what he observes into art. He is not a manipulator, not a commentator, not a judge. He is an artist and reality is his paint. It's so crystal clear looking at these films how much Blank influenced some of the most well-known documentarians like Errol Morris and Herzog. Hopefully, this set will help raise Blank's recognition to such a degree that it proves Herzog right. It's an amazing release.

Excerpt from Les Blank: A Quiet Revelation, a film project by Harrod Blank and Gina Leibrecht

Two outtake performances from The Blues Accordin' to Lightnin' Hopkins

PLUS: A booklet featuring an essay by film scholar Andrew Horton 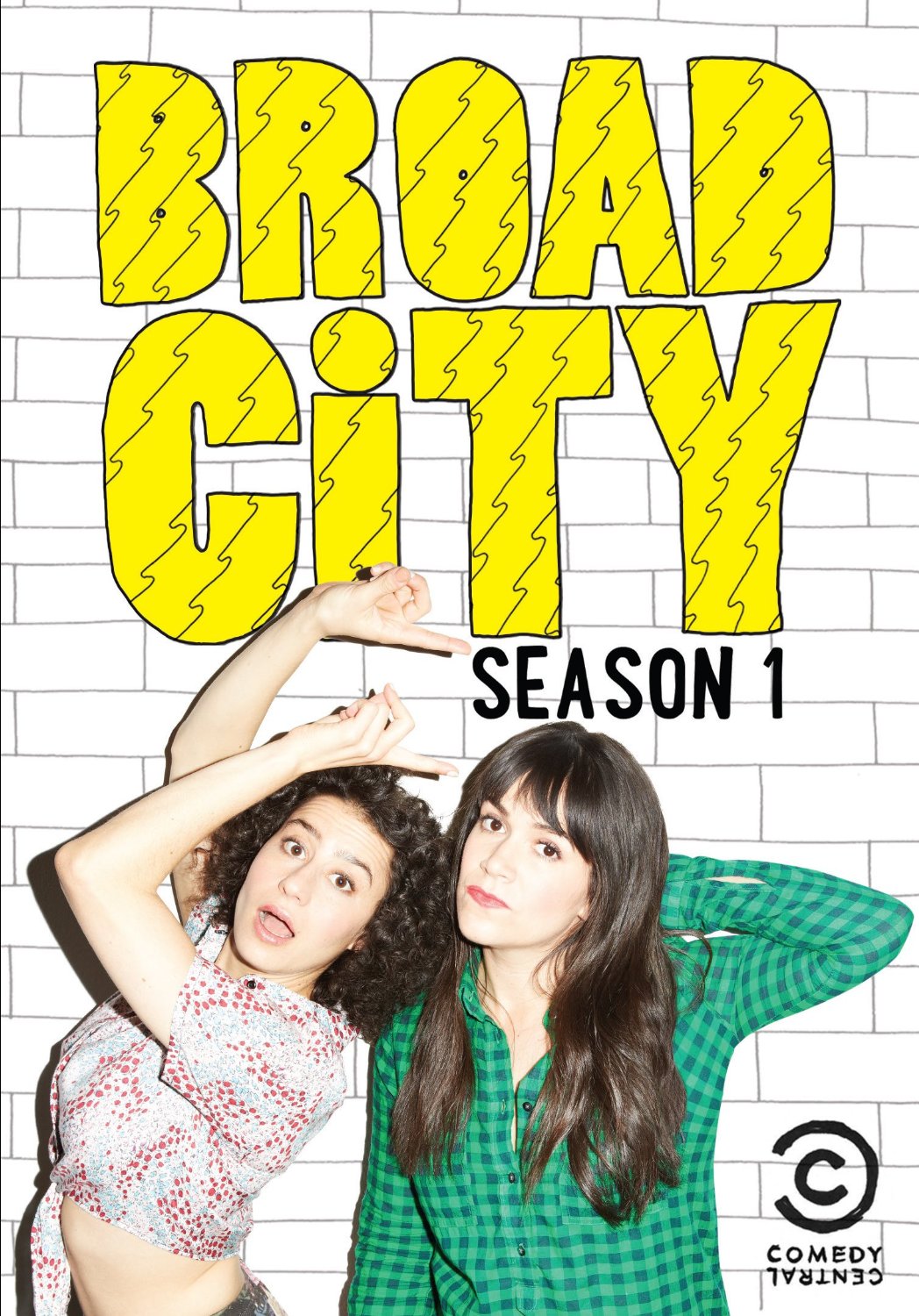 Comedy Central is in something of a renaissance. This season of "Key & Peele" has been brilliant. Amy Schumer's star continues to rise. Even under-the-radar shows like "Review" have been unexpectedly strong. But "Broad City" is arguably their best show. It's clever, funny, and captures something about young female friends in the city that TV has often missed. It's hilarious and surprisingly heartfelt. And the comic timing of Abbi Jacobson and Ilana Glazer is something to behold (Hannibal Burress too). I wish Paramount would release all of their shows on Blu-ray, but this one is DVD only. It will have to do for now. (Although no one can mount a logical explanation as to why "Workaholics" is on Blu-ray and "Broad City" is DVD only.) 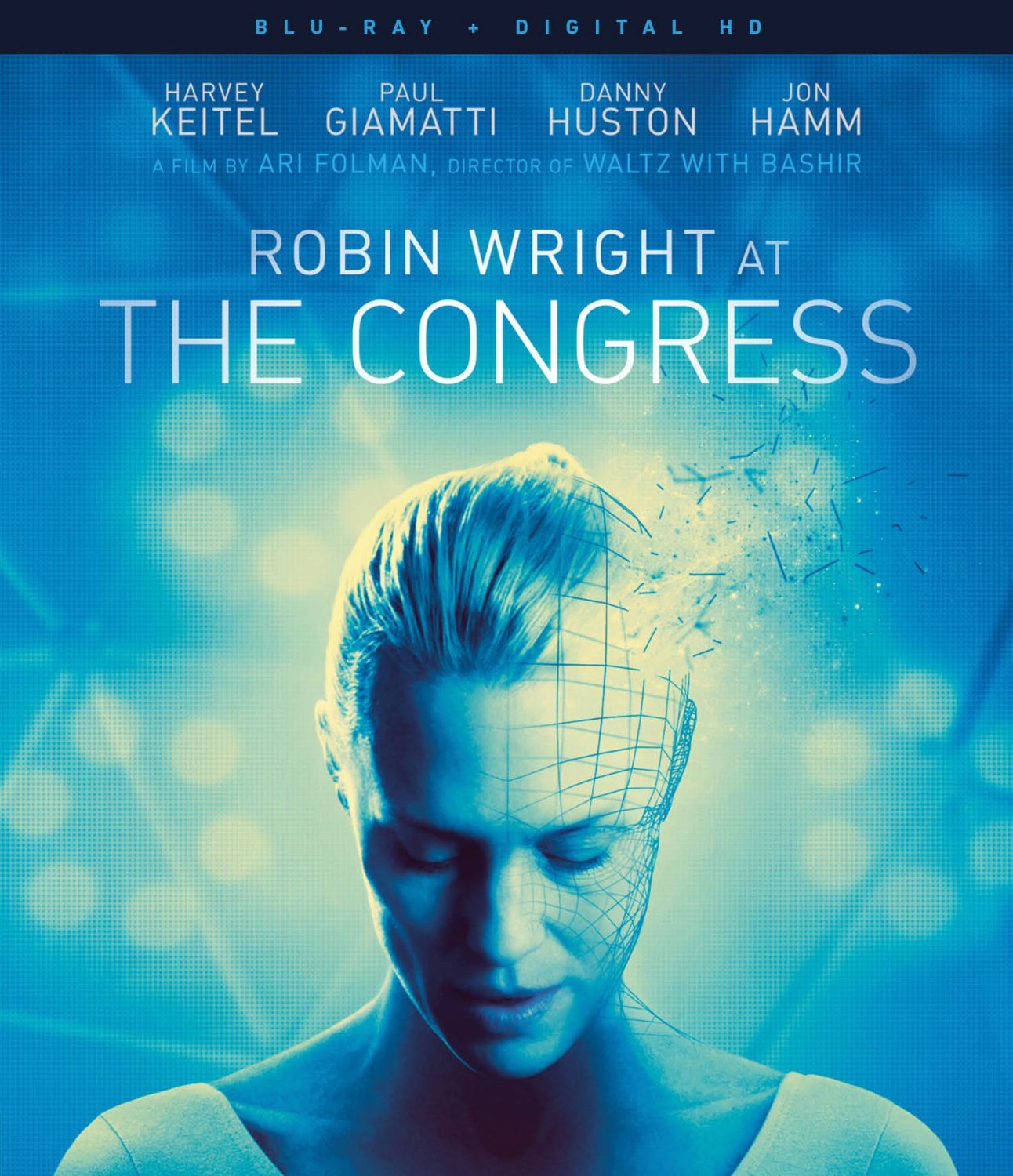 Ari Folman's "Waltz with Bashir" is one of the most striking animated films of the current century. His follow-up, "The Congress," isn't quite as remarkable, but it is still wildly ambitious. Folman's commentary on celebrity culture starts with a disturbingly realistic vision of a future in which actors and actresses won't own their own likenesses, and then it reshapes itself into a wild, Bakshi-esque journey into a world where the line has blurred between pop culture and reality. Some of the film is overwritten and Folman's themes fall apart on closer inspection, but Robin Wright is phenomenal here and it contains so many fascinating talking points and visual images that it's forgivable that they don't all cohere. Drafthouse continues to release solid Blu-rays too. I love the reversible cover on this one, the video quality is top notch, and the special features are a bit scant but interesting, especially Folman's commentary. This movie slipped under the radar for too many viewers who I think will shortly appreciate it on Blu-ray. Maybe you're one of them. 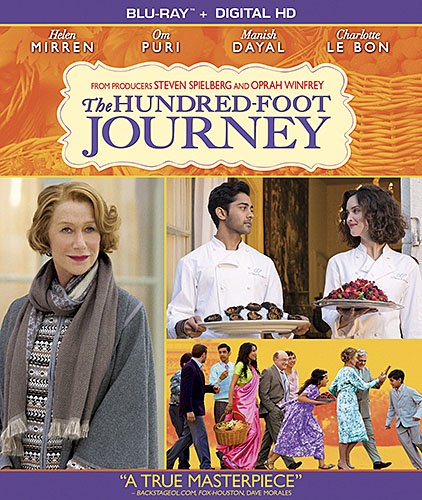 Cute, charming, sweet—these are appropriate words for this gentle culture clash that had a surprisingly robust time at the box office, bringing in almost $100 million worldwide. Perhaps it's just because few are better at this kind of easily digestible character drama than Lasse Hallstrom or the popularity of Helen Mirren, but I think it's mostly due to the fact that Hollywood just doesn't make that many movies for people over 35. (It's the same reason "The Best Exotic Marigold Hotel" did well enough to produce a sequel.) How's the movie itself? It's perfectly fine. It's the kind of thing that most viewers will forget mere moments after seeing it, but it's competently made and well-intentioned. It's not challenging, but it's equally not insulting. And one wishes there were more major studio movies that showed respect for audiences uninterested in comic books or YA visions of a dystopian future.

Special Features
"The Hundred-Foot Journey" With Steven Spielberg & Oprah Winfrey
The Recipe, The Ingredients, The Journey
On Set With Oprah Winfrey
Coconut Chicken 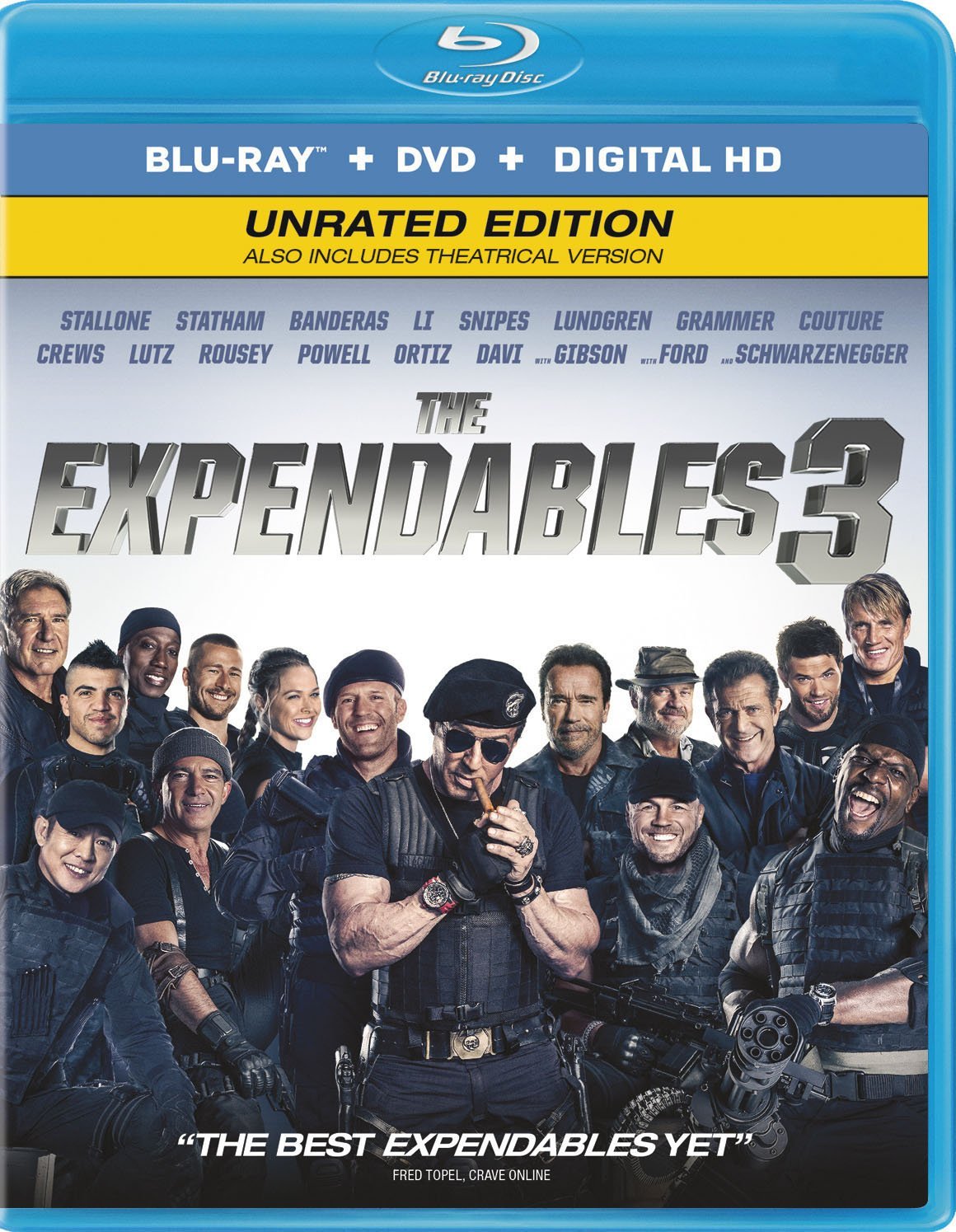 Speaking of old people...Yes, this feature is generally designed to draw your attention to the "best" new Blu-rays and DVDs but we're making a few exceptions this week, starting with Sylvester Stallone's latest action extravaganza, the first PG-13 entry in the franchise and the most A-list actor-packed, including major roles for Mel Gibson and Harrison Ford. It's still a mess. Sly's line delivery is lazier than ever and the script, if there was one, is a total joke. It's all merely a way to get as many popular and semi-popular and was-popular people into one movie. And audiences are starting to see through it as this one made notably less than the last two. Let's just hope the madness stops here. Although this isn't the worst movie in this week's HECG, believe it or not. 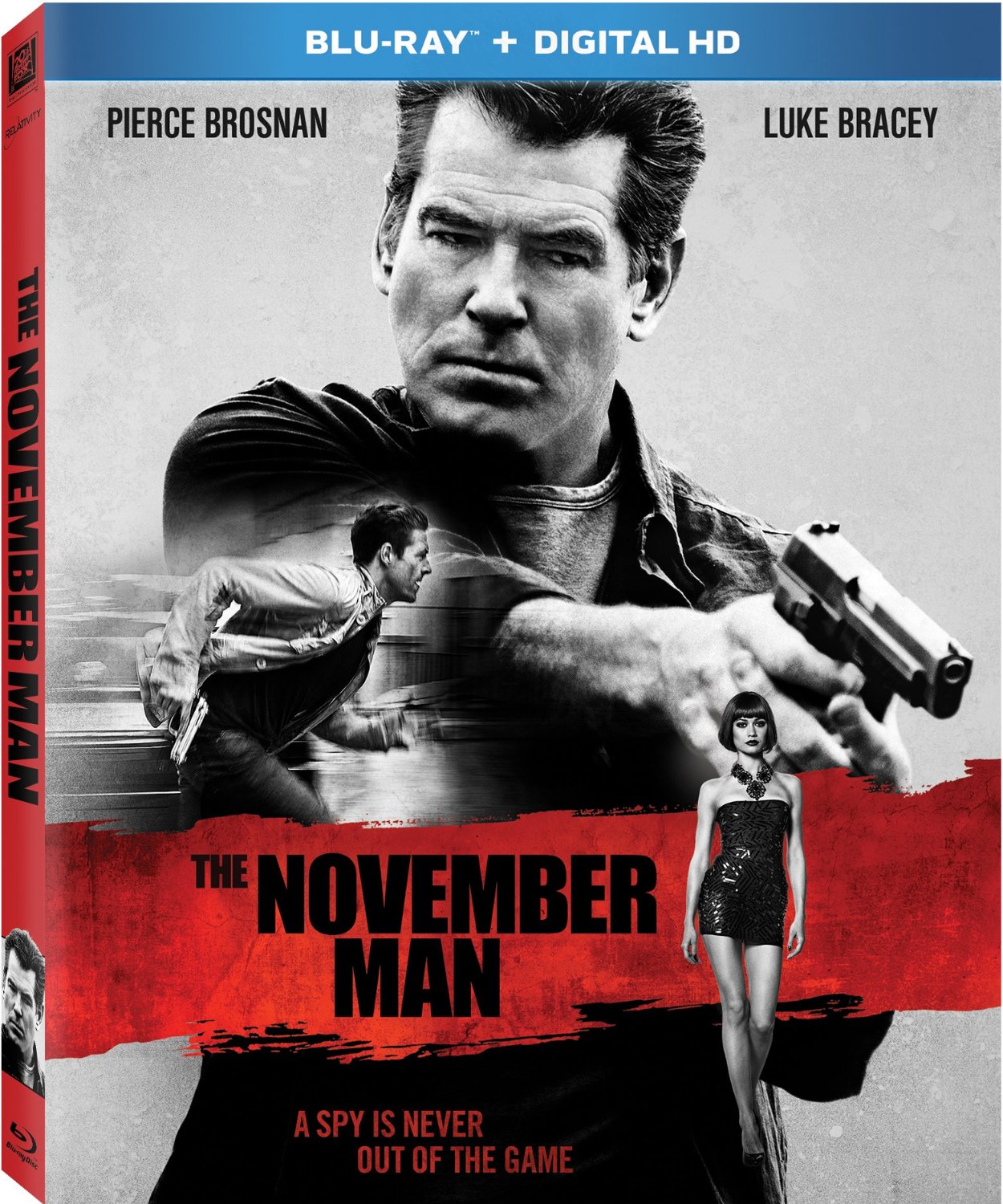 We usually ignore truly awful movies in the HECG, but, again, this should serve as a warning. Like me, you may consider "The November Man" because you generally like star Pierce Brosnan (he's actually quite underrated in films like "The Tailor of Panama") and might be longing for some action escapism in this crowded awards season. Don't. Once-solid director Roger Donaldson really slums here with a vile, ugly, boring action movie that has a brutality that isn't nearly justified and not a single solitary character about whom it is remotely possible to care. In a very mediocre year for the action movie (that isn't superhero or sci-fi), this is the worst.

Special Features
The Making of "The November Man"
Bringing Belgrade to the Big Screen
Brosnan Is Back!
Commentary by Director Roger Donaldson, Pierce Brosnan and Producer Beau St. Clair