A knight returning from the Crusades finds a rude church still open in the midst of the Black Death, and goes to confession there. Speaking to a hooded figure half-seen through an iron grill, he pours out his heart: "My indifference has shut me out. I live in a world of ghosts, a prisoner of dreams. I want God to put out his hand, show his face, speak to me. I cry out to him in the dark but there is no one there.” The hooded figure turns, and is revealed as Death, who has been following the knight on his homeward journey.

Images like that have no place in the modern cinema, which is committed to facile psychology and realistic behavior. In many ways, Ingmar Bergman's "The Seventh Seal" (1957) has more in common with the silent film than with the modern films that followed it--including his own. Perhaps that is why it is out of fashion at the moment. Long considered one of the masterpieces of cinema, it is now a little embarrassing to some viewers, with its stark imagery and its uncompromising subject, which is no less than the absence of God.

Films are no longer concerned with the silence of God but with the chattering of men. We are uneasy to find Bergman asking existential questions in an age of irony, and Bergman himself, starting with "Persona" (1967), found more subtle ways to ask the same questions. But the directness of "The Seventh Seal” is its strength: This is an uncompromising film, regarding good and evil with the same simplicity and faith as its hero.

All of Bergman's mature films, except the comedies, are about his discontent with the ways that God has chosen to reveal himself. But when he made "The Seventh Seal” he was bold enough to approach his subject in a literal manner; to actually show the knight playing chess with Death, an image so perfect it has survived countless parodies. And he had the confidence to end his film, not with a statement or a climax, but with an image. "The strict lord Death bids them dance,” says the young actor, directing the attention of his wife to the horizon, against which Death leads his latest victims in a macabre parade.

Seeing "The Seventh Seal” again after many years, I was reminded of the richness of detail about Europe in the early Middle Ages, when plague swept the land and the Crusaders returned. The knight (Max von Sydow) shares the story with many other characters, not least his squire (Gunnar Bjornstrand), a realistic, down-to-earth man who has a lively dislike of women, and a sardonic relationship with his master. (He has a silent little snarl to show his discontent.) As the two of them travel home to the knight's castle, the knight is challenged by Death ("I have been at your side for a long time”). He offers Death a bargain: They will play chess for the knight's soul. The game continues during the entire film.

Continuing on their way, the knight and squire encounter a troupe of performers, including a couple named Joseph and Mary who have a young child.

They visit a seemingly deserted farmstead, where the squire catches a man named Raval trying to steal the bracelet of a plague victim. This Raval is the very theologian who, years earlier, convinced the knight to join the Crusades.

The plague has inspired extreme behavior. A group of flagellants files past, some carrying heavy crosses, others whipping themselves, doing penance. The knight and squire encounter a girl (Maud Hansson), held in a cage, who is going to be burned at the stake; her captors explain that she slept with the devil, drawing down the plague. The knight questions the girl about the devil, who should know if God exists. "Look in my eyes,” the woman says. "The priest could see him there, and the soldiers--they would not touch me.” She is almost proud. "I see nothing but terror,” the knight says. Later, as the woman is being prepared for burning, the squire says, "Look into her eyes. She sees nothing but emptiness.” "It can't be,” says the knight. We are left, almost until the end, with the possibility that although Death exists as a supernatural figure, there is no larger structure in which God plays a part.

Some filmmakers are born. Ingmar Bergman was made. Self-made. Born in Uppsala in 1918, he was the son of a Lutheran minister whose strict upbringing included the punishment (recalled in the films) of the small boy being locked in a cupboard “with things that will eat your toes.” His first postwar films, not much seen today, are uneasy mixtures of Italian neorealism and Hollywood social drama, and even the titles ("It Rains on Our Love," "Night is My Future”) suggest their banality. He was not at ease in the world of small realistic gestures and everyday behavior, and only when he drew back into more serious issues did he begin to find his genius, in films like "To Joy” (1949) and "Sawdust and Tinsel” (1953). "The Seventh Seal” and “Wild Strawberries,” both released in 1957, mark his coming of age as an artist. Both are about men near the ends of their lives, on a journey in search of meaning.

Bergman's spiritual quest is at the center of the films he made in the middle of his career. "The Seventh Seal” opens that period, in which he asked, again and again, why God seemed absent from the world. In "Through a Glass Darkly” (1962), the mentally ill heroine has a vision of God as a spider. In the austere "Winter Light” (1962), Bjornstrand and von Sydow appear again, in the story of a country priest whose faith is threatened by the imminence of nuclear catastrophe. In "Persona” (1966), televised images of war cause an actress to simply stop speaking. In the masterpiece "Cries and Whispers" (1973), a woman dying of cancer finds a faith that her sisters cannot understand or share.

The last three major films in Bergman's career look inside for the answers to his haunting questions. They are all autobiographical, including "Fanny and Alexander" (1984), the last film he directed, and two more he wrote the screenplays for, "The Best Intentions” (1992) and the remarkable “Sunday's Children” (1994). That last film, based on a memory of a summer vacation in the country with a young man and his father, a dying minister, was directed by Bergman's own son, Daniel--perhaps as a way of allowing Daniel to deal with the same kinds of questions Ingmar has had.

Bergman's work has an arc. The dissatisfied young man considers social and political issues. In middle age, he asks enormous questions about God and existence. In old age, he turns to his memories for what answers there are. And in many of these films, there is the same kind of scene of reconciliation. In “The Seventh Seal,” facing the end of his own life and the general destruction of the plague, the knight spends some time with Joseph and Mary and their child, and says, "I will remember this hour of peace. The dusk, the bowl of wild strawberries, the bowl of milk, Joseph with his lute.” Saving this family from Death becomes his last gesture of affirmation. In "Cries and Whispers,” a journal left by the dead sister recalls a day when she was feeling a little better, and the sisters and a maid walked in the sunlight and sat in a swing on the lawn: "I feel a great gratitude to my life,” she wrote, "which gives me so much.”

And "Scenes from a Marriage” (1973) tells the story of a couple whose marriage disintegrates, but whose love and hope do not quite disappear; after many years apart, they visit a country house where they were once happy. The woman awakens with a nightmare, the man holds and comforts her, and in the middle of the night in a dark house, surrounded by hurt and fear, this comforting between two people is held up as man's best weapon against despair. 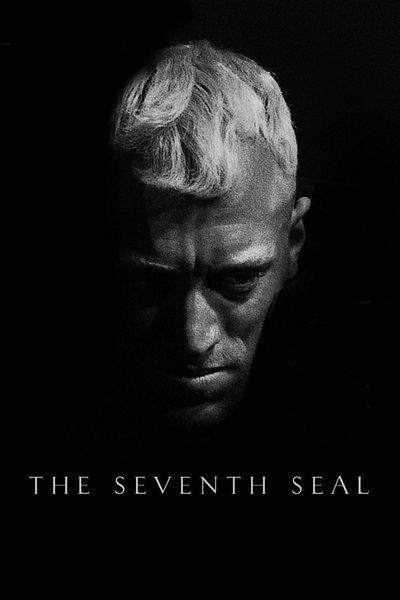