And...we're back. It's your favorite bi-weekly column about what's new and interesting on Netflix, On Demand, and Blu-ray/DVD. It's an Oscar heavyweight week for Blu-ray with a number of 2014's most highly acclaimed films hitting disc, including two recent Oscar winners, and several nominees. There also some interesting archival releases from Criterion and Olive, along with a great TV-on-DVD release.

As for Netflix, the first of the month usually brings the biggest wave of new offerings to the system, and this month's was dominated by classic films, several of the biggest listed below along with a few 2014 under-the-radar flicks with which you may want to catch up, including the latest from Robert Greene.

Want a new release instead of something older on Netflix? Three films that, coincidentally, I reviewed or will review tomorow, are all On Demand. Pick your favorite. 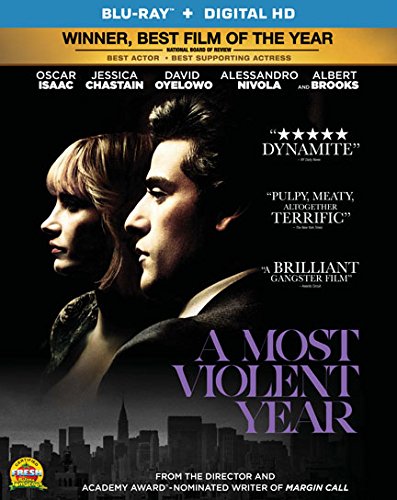 "A Most Violent Year"

J.C. Chandor has, with only three films, become one of the most interesting filmmakers working today. "Margin Call", "All is Lost", and "A Most Violent Year" share little in terms of character and tone, but they are all clearly products of a vital, important creative voice. This excellent drama about the quicksand effect of working in a world dominated by criminal enterprise was accused of being a bit too much like '70s and '80s films by Sidney Lumet, as if a world where there are more films like "Dog Day Afternoon" and "The Verdict" would be a bad one. I honestly think that "A Most Violent Year" is the film most likely to have the largest turnaround in five years when critics are putting together their best of the decade lists. This is a phenomenal piece of work with great performances all around, particularly by Jessica Chastain and Albert Brooks, and award-worthy cinematography by Bradford Young. In one of the best weeks yet for this column, it's the Blu-ray I most hope you watch. 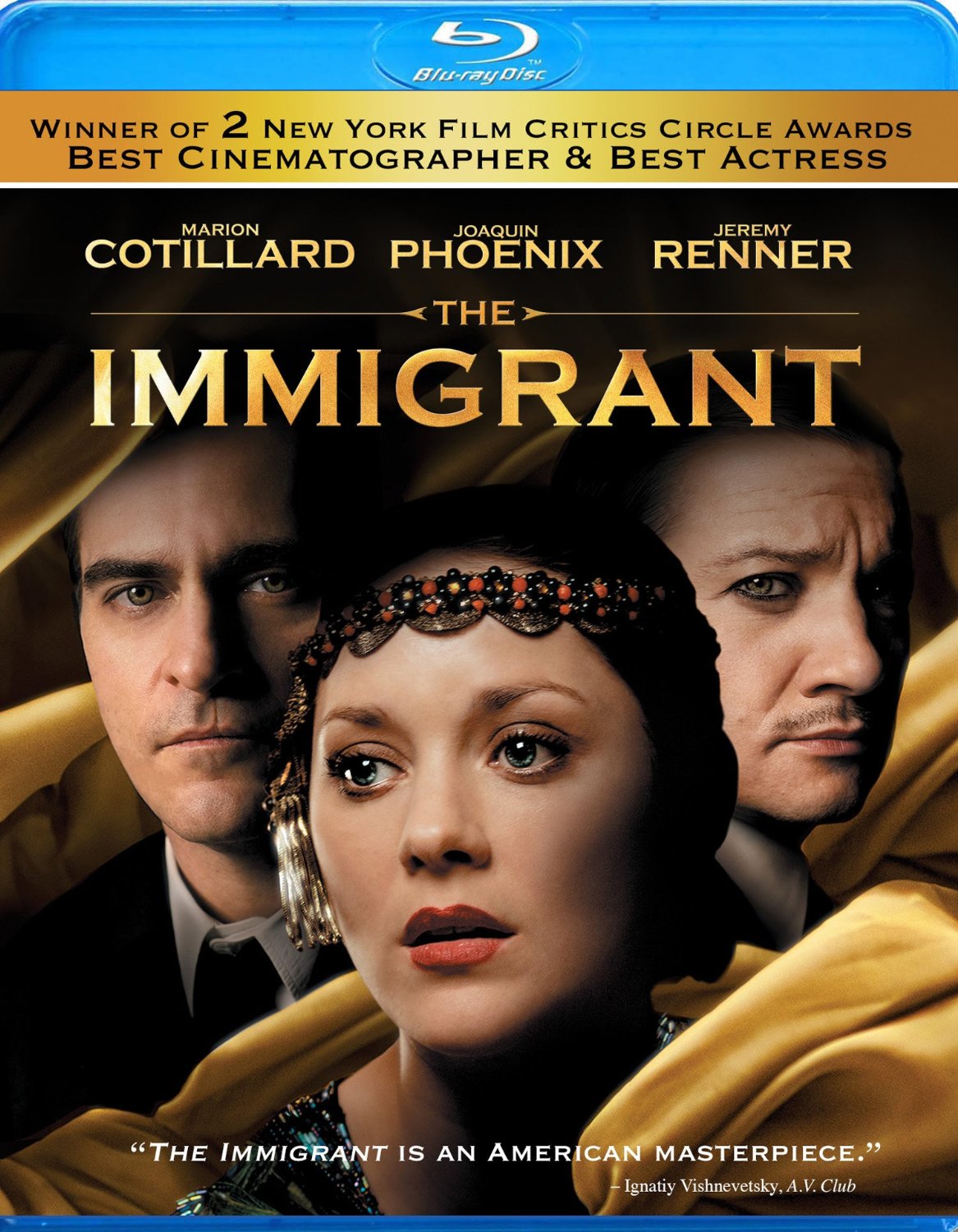 Although this is a close second given how unceremoniously The Weinstein Company buried this excellent drama. The studio that made "The Immigrant" may have barely wanted it to be seen, but critics rallied around the film, as it made numerous top ten lists at the end of 2014, including the official one for RogerEbert.com. One of two great Marion Cotillard 2014 performances (with "Two Days, One Night") anchors James Gray's deeply personal reflection on the simultaneous promise and trappings of the American dream. Jeremy Renner shines in a small role but the film belongs to Cotillard and Joaquin Phoenix, who may be our best working actor of the last few years with this, "Her", "The Master", and "Inherent Vice". "The Immigrant" is a beautiful, striking film, and even though it's been on Netflix for some time now, it's nice that film collectors can now own it on Blu-ray, with a great commentary by Gray himself. 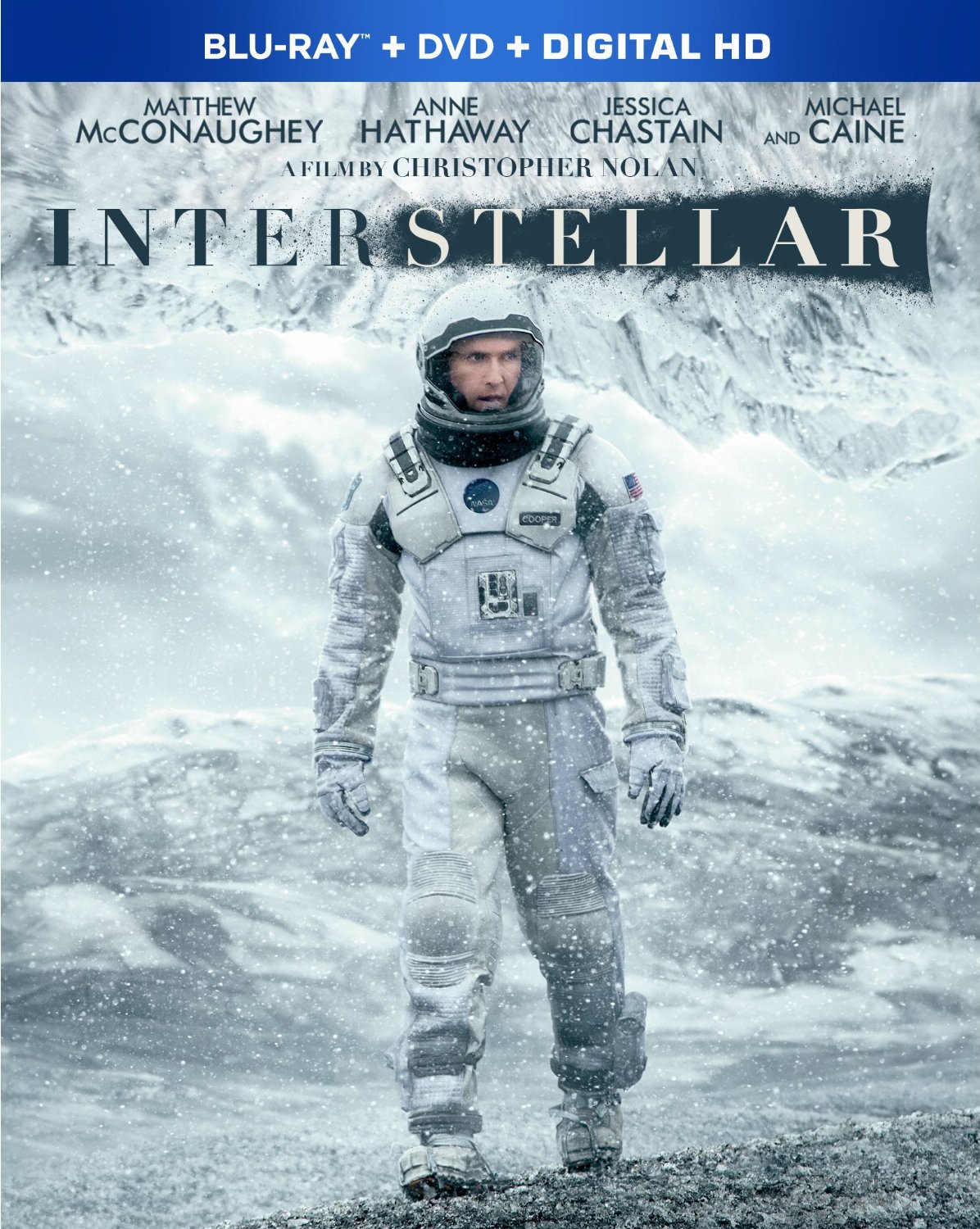 One of the most divisive films of 2014 was Christopher Nolan's sci-fi epic about seeking humanity in the outer reaches of space. I've defended Nolan's film repeatedly, but let me give the quick version again: We see dozens of films every year designed by studios to sell product, whether they be toys, games, tie-ins, or the Marvel Cinematic Universe. We very rarely see films with the budget of "Interstellar" that come from such an undeniably personal place, and that value love above all else. Is "Interstellar" bloated and sentimental? Undeniably, but it is so in such a raw, human way that I'm amazed that critics who constantly complain to me about the inhuman assembly line of the Hollywood blockbuster don't see the value in "Interstellar". I find it endlessly fascinating, and the kind of film that provokes discussion and appreciation of the form. Then again, I'm a Spielberg fan too, so my "sentimental" threshold may be higher than most. Of course, the Blu-ray for "Interstellar" is a beauty, with a great HD transfer and excellent audio mix. The special features are slight enough to allow concern that there may be a Special Edition down the road (no commentary or deleted scenes). Just a warning. 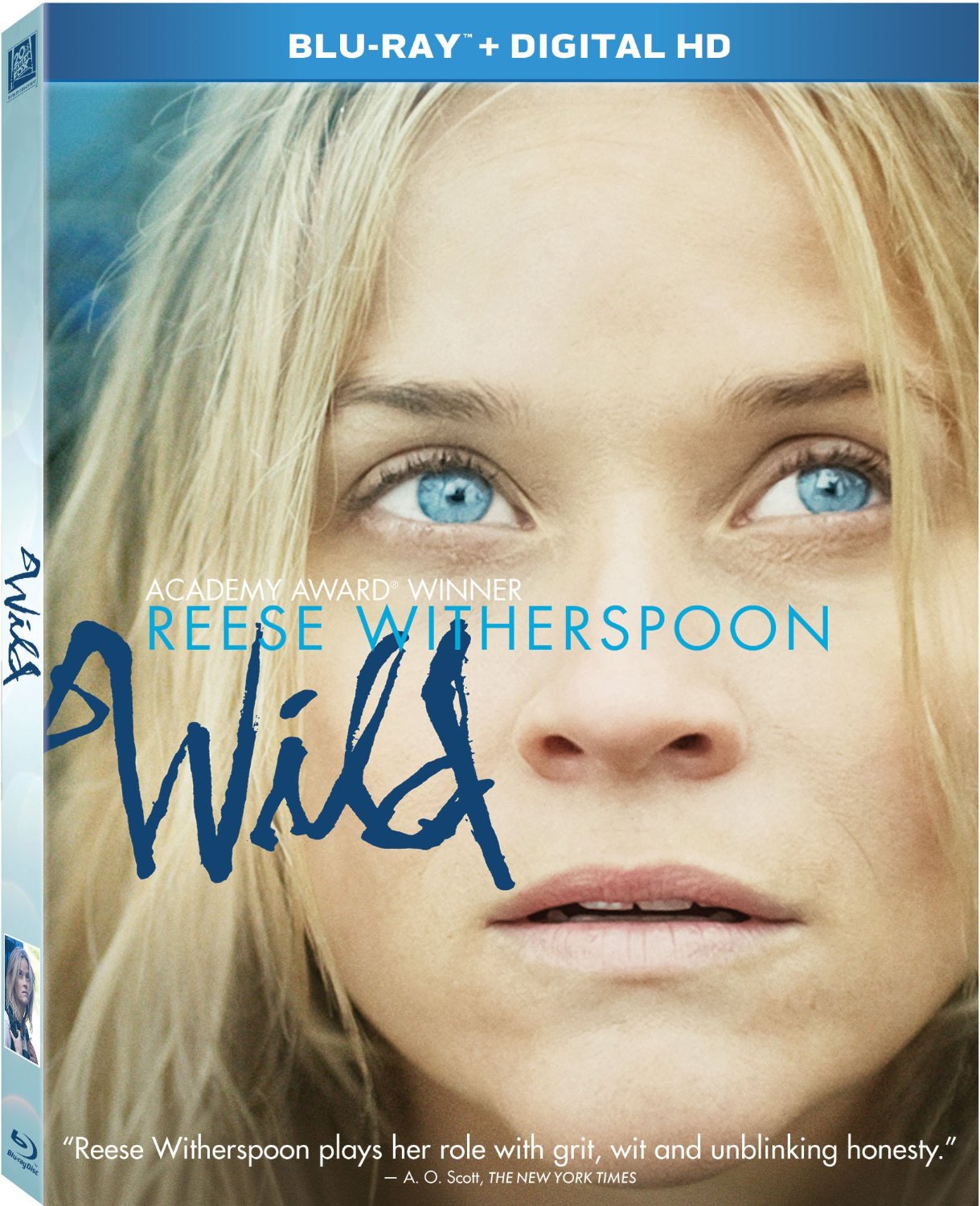 Another underrated 2014 drama is this adapation of Cheryl Strayed's memoir, starring Reese Witherspoon and the always-great Laura Dern, both of whom landed Oscar nominations. The real star here for me is Nick Hornby's underrated script, which takes a VERY internal journey and externalizes it in the way it balances emotionally informative flashbacks with the saga of a woman pushing herself to find herself. The movie also looks great. It's imperfect, espcially on repeat viewing, but it's worth at least a rental just for Dern's breathtakingly great work, my pick for the Best Supporting Actress performance of 2014. She can do so much with a small emotional beat, such as when she realizes her daughter thinks she's smarter than her mother. Dern makes everything better. And if you can expect some of the melodramatic beats of the narrative, there is a lot to like here thematically. We could all use a journey that forces us to redefine our priorities every now and then. 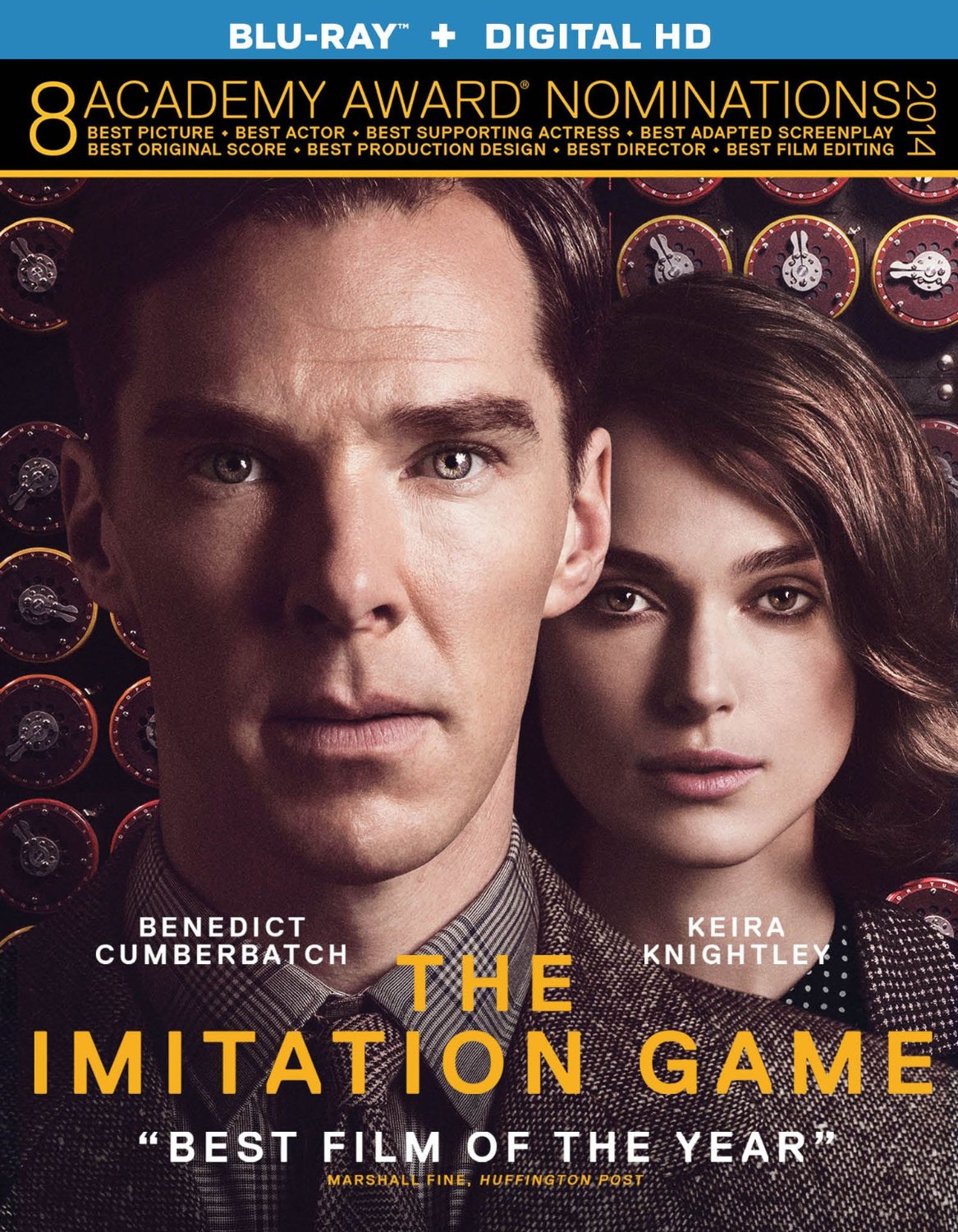 There's a theme this week. Like "Interstellar" and "Wild", "The Imitation Game" became a critical punching bag, especially after it landed a few arguably undeserved Oscar nominations (I don't think even Morten Tyldum himself thinks he deserves a Best Director nod). It also was unfairly lumped in with "The Theory of Everything" as a fellow Brit bio-pic. This is a vastly superior film to James Marsh's languid drama. It tells the story of Alan Turing, a name that may not be household yet but that feels like it will be for future generations. Excellently portrayed by Benedict Cumberbatch, Turing is one of history's unheralded heroes, a man who undeniably saved thousands of lives in World War II and essentially invented the computer. This drama may not be revolutionary but it's well-staged, well-performed, and consistently engaging. It is an old-fashioned drama that tells a fascinating story, and well worth a rental. 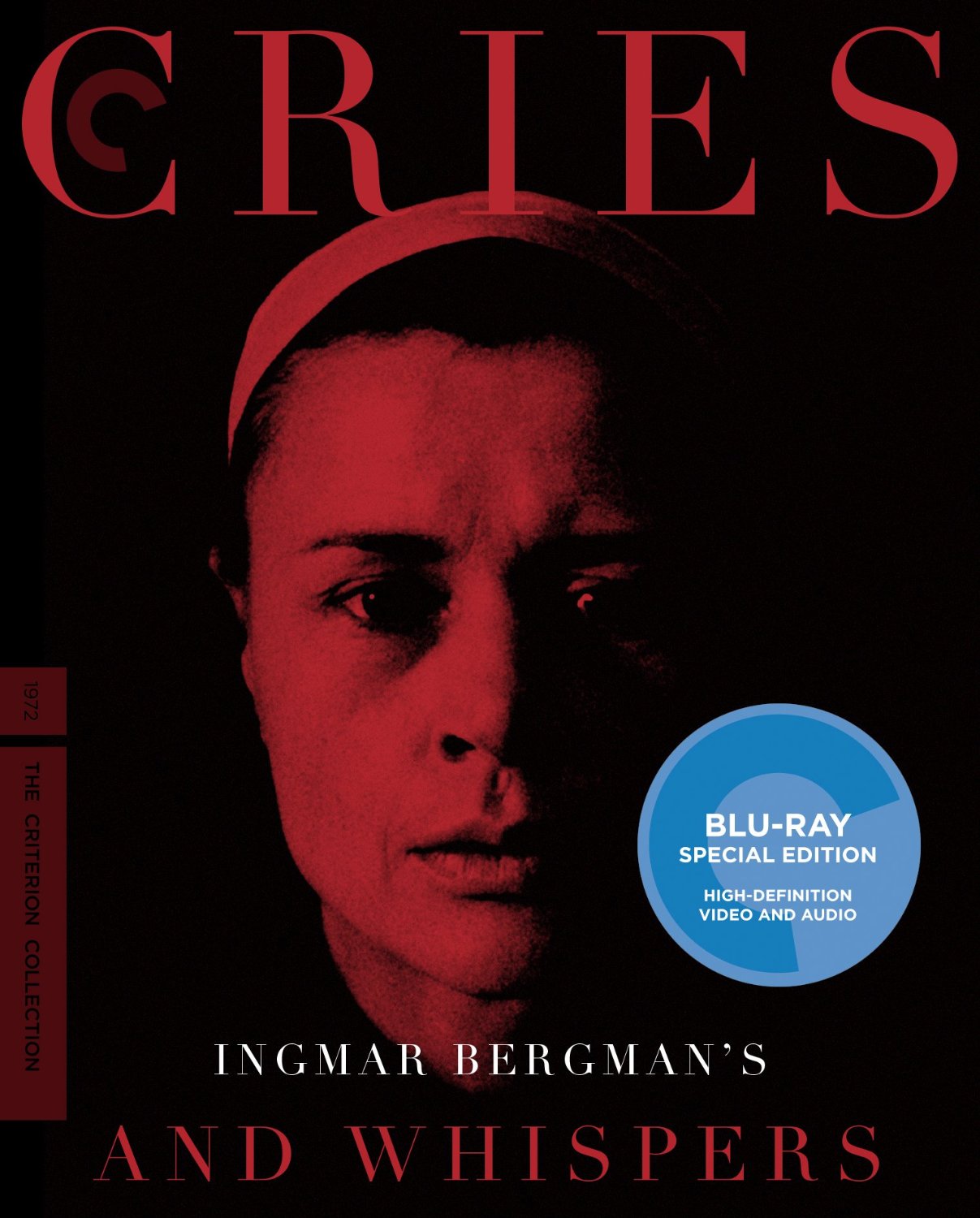 Criterion recently released one of Roger's favorite Ingmar Bergman films in a perfectly mastered HD release with some great special features, particularly a video essay that really captures how Bergman divided his film into three distinct movements, one for each of the central characters. "Cries and Whispers" is a fascinating in that Roger was attracted to the undeniably raw emotion on display but it's also a piece of work that can very completely be broken down in terms of its filmmaking. In other words, one could approach it with their heart or clinically with their head to consider Bergman's color choices, use of flashback, motif of human touch, etc. In that sense, it is one of cinema's must-sees because it is a great conversation piece for young film lovers as to how the masters of the form use technique to invoke emotion. 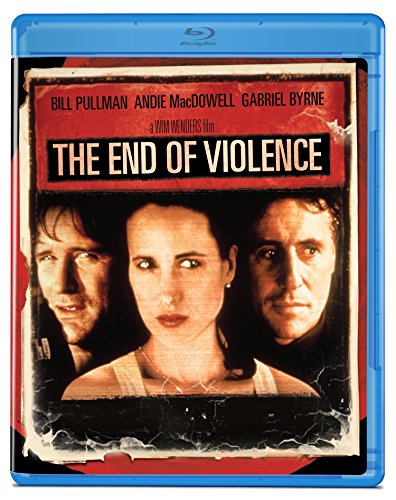 "The End of Violence"
"Vincent & Theo"

The great Olive Films has been quietly releasing some of the best HD transfers on the Blu-ray market nowadays. They recently put out two unheralded films by modern masters in Wim Wenders' "The End of Violence" and Robert Altman's "Vincent & Theo". Both films come with nary a special feature, which is a shame, but they look absolutely phenomenal. While the Wenders flick may have been a bit ahead of its time in its depiction of non-stop surveillance, it hasn't exactly held up dramatically (if it ever did). Wenders really struggles with pace and tone here, as the strong first act dissipates into episodic scenes during which most viewers lose interest. The Altman film is superior, buoyed by a perfect, perhaps career-best performance from Tim Roth. Watching it again, the focus on creation instead of traditional biopic melodrama reminded me of Mike Leigh's "Mr. Turner" from last year. If you're going to pick one of the two under-seen films from these two masters, make it the Altman. 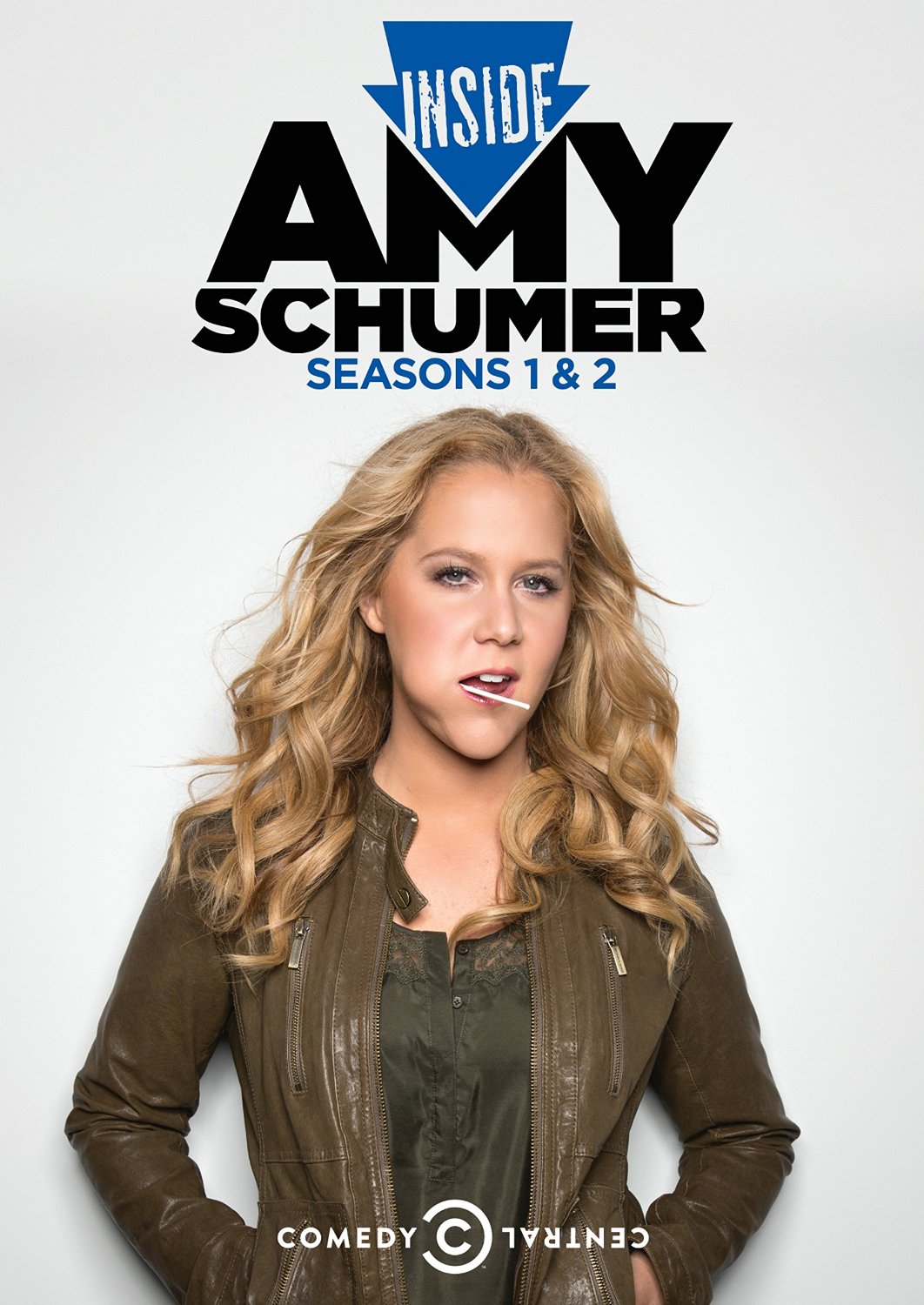 "Inside Amy Schumer: Season One & Two"

On to TV for a bit. One of the increasingly brightest stars in comedy is Amy Schumer, who will appear in Judd Apatow's "Trainwreck" this summer and even hosts an awards show on MTV this weekend. Her show on Comedy Central is one of the smartest and funniest sketch comedy programs in recent memory. Like all sketch shows, not all of them hit, but the ones that do are often as culturally insightful as they are hysterical. What I love about Schumer is that she's absolutely fearless, willing to take on the issue of the female role in comedy with such remarkable ingenuity, such as when she listens in on a focus group to start season 2 that obsesses on her appearance over her talent. Like a lot of Schumer's best bits, it's really funny but also painfully true in how it captures the different hurdles people like Schumer have to jump. Schumer is about to BLOW UP, and so Paramount wisely releases the first two seasons of her show (sadly, DVD only). 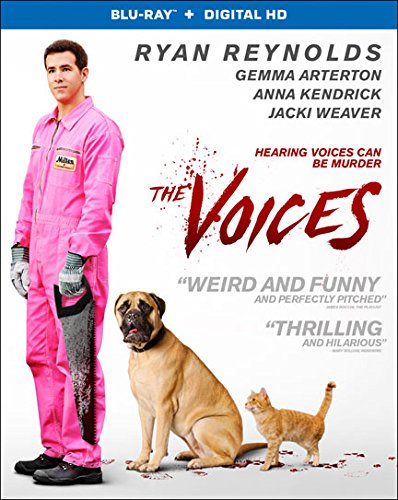 It's a shame that almost no one saw Ryan Reynolds' career-best performance in this dark comedy from Marjane Satrapi that was kind of barely released. Reynolds plays a reluctant sociopath, a man who kills and talks to his pets, but really just wants to be liked. Reynolds also voices his pets (which makes twisted sense if you think about it given that they're voices in the character's head) and really delivers tonally here, making his serial killer bizarrely likable. Satrapi's tonal balance here recalls the Coens ability to take dark, violent material and make it entertaining.