Hal Hartley’s often fascinating “Ned Rifle” feels like a very conscious nod to the films that made its writer/director famous in the late ‘80s and early ‘90s while also serving as a commentary on moving on from past successes and failures to face the future head on. It is the work most reminiscent of his quirky, clever character studies like “The Unbelievable Truth”, “Trust” and “Simple Men” in decades, and reminded me why Hartley was so formative on my view of independent cinema in high school. Like those films, “Ned Rifle” has a jangly, unique energy, as people bounce off each other and then pause to philosophically ask what the bouncing means. Dialogue comes in sporadic bursts, edging on being too self-conscious for the narrative to hold together (as often happened in his later films) but there’s such genuine affection for the characters of “Ned Rifle” that it never falls apart, even as these people sometimes sound like they’re commenting on other films, filmmakers and the artistic process in general. This is also Hartley at his most loosely hilarious in years, reuniting his favorite actors and finding a new one who seems born for the timing of his comedy. “Ned Rifle”, the final chapter in a strange trilogy with “Henry Fool” and “Fay Grim”, is a movie about damaged people coming to terms with their damage by turning to others. And it’s Hal Hartley’s best movie in years.

The title character is the son of the title characters from the other two films: Edward Rifle (Liam Aiken), who has been living in witness protection with a very emotionally supportive reverend (Hartley regular Martin Donovan) for the last several years while mom was in prison. One very interesting element of “Ned Rifle” is how Hartley approaches religion without the cynicism or derision often seen in independent cinema. Ned is a deeply religious young man who carries a bible and remains chaste in the face of regular temptation. But Hartley doesn’t turn this trait into an object of comedy or isolationism. On the contrary, it seems to ground Ned in a way that the other, free-floating characters lack. Hartley’s worldview has always been an open-door one, allowing for different philosophies and trains of thought to run parallel to each other.

At the same time that Ned turns old enough to leave his given home, his mother Fay (Parker Posey) is being moved to a new prison. He goes to visit her first, before moving on to find his father (Thomas Jay Ryan), with the expressed purpose of killing him for what he did to his mother (his God is apparently a vengeful one). To find Henry, Ned first has to track down Simon (James Urbaniak), the poet made famous despite his general allergy to public attention. Simon is holed up in a hotel, trying to figure out his next public move while taking comedy lessons and trying to do stand-up routines online via webcam. The image of a formerly vital artist trying to figure out what’s next can quite obviously be read as a bit of self-examination by Hartley, who could be perceived as having lost some of his resonance in the world of independent cinema. When an admirer named Susan (Aubrey Plaza, who has the perfect rhythm for Hartley’s dialogue) generally stalks her way into Simon’s world, she reveals that she has done little more than write about him for years, even losing her job as a film critic because every review came back to the poetry of Simon Grim. It turns out that Susan also has a deep connection to Henry’s past, and she hooks up with Ned to track him down.

With a simple framing style, light score and remarkably short running time, “Ned Rifle” zips along from beginning to end, which may leave some fans of “meatier” films like “Henry Fool” disappointed, but there’s an infectious energy that makes this one of Hartley’s most likable works. It’s also just damn funny and smart. Lines like “The good of free will must entail real choices for sin” and “You’d think a religion would help teach people how the ungodly operate” zip by in the clever, dialogue-heavy script at such a fast pace that it almost demands a rewatch to catch all of them. There are little beats (like when Fay asks Ned to call her at prison and adds “I’m always here”) that made me smile throughout, clearly sensing that Hartley himself was enjoying working in this world one last time. And the final scenes, while a bit rushed narratively, have a surprising emotional resonance. It gives one hope that closing the door on these characters will invigorate Hartley to consistently make great films again. “Ned Rifle” reminds me how much I missed him. 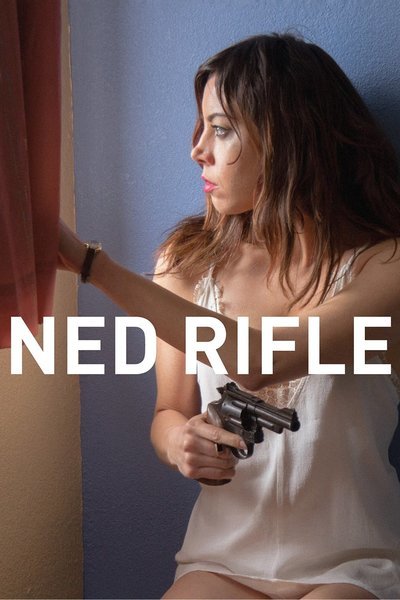