"Dog Day Afternoon" runs a little longer than the average feature, and you think maybe they could have cut an opening montage of life in New York. But no. These shots, stolen from reality, establish a bedrock for the film. It's "naturalistic," says the director, Sidney Lumet. I think he means it has the pace and feel of everyday life. When you begin with the story of a man who sticks up a bank to finance his lover's sex change, when you have a situation that has attracted hundreds of cops and millions of TV viewers, you run the risk of making a side show. "Dog Day Afternoon" never makes that mistake. The characters are all believable, sympathetic, convincing. We care for them. In a film about cops and robbers, there are no bad guys. Just people trying to get through a summer afternoon that has taken a strange turn.

It's an actor's picture. Lumet and his editor, Dede Allen, take the time to allow the actors to live within the characters; we forget we're watching performances. Although the movie contains tragedy and the potential for greater tragedy, it is also tremendously funny. But Frank Pierson's Oscar-winning screenplay never pauses for a laugh; the laughter grows organically out of people and situations. You can believe that even with hostages taken and firearms being waved around, such elements of human comedy would nevertheless arise.

One of the funny moments comes at the beginning, when three robbers enter a bank but one of them chickens out and says he can't go through with it. "Stevie," says his partner Sonny, "don't take the car." "But how am I gonna get home?" Stevie whines. Is that real? Yes, because you believe that Stevie would in fact have driven himself home and that Sonny (Al Pacino) would think of that.

Pacino has said the most memorable moment in the movie involves the delivery boy (Lionel Pina) who brings pizza to the robbers and their hostages. He's been watching the drama unfold on live TV, and when he's applauded by the crowd, he does a little skip and jump and says, "I'm a star!" Television turns the moment into what, at that time, was a fairly new event for live broadcasting. Sonny expands in the TV lights, strutting back and forth in front of the bank and unwisely exposing himself to rooftops lined with snipers. His remaining partner Sal (John Cazale), on the other hand, shrinks within himself. He can't believe he's a bank robber. He can't believe Sonny says he will kill people. He's offended that on TV, which has the facts a little confused, he's described as a homosexual. He can't believe he's expected to get on a jet with the others and fly to safety. He's never flown before. Asked to name a foreign country they can fly to, he says "Wyoming." The line was improvised on the spot by Cazale.

The movie take place almost entirely within a bank branch and the barbershop across the street, which becomes the police and FBI "command center." Back and forth Lumet's camera moves, on a shuttle of negotiations. The side view down the street in either direction shows their escape route, until it's blocked by a crowd that quickly forms and becomes a character in itself. At one point, making threats on the sidewalk, Pacino shouts "Attica," referring to the infamous massacre of prisoners in an upstate prison. "Attica!" the crowd shouts back, without prompting. They never see Sal, who is trembling, pale, sweaty, frightened. They respond to Sonny, first as a hero and then (when they find out he's gay) with jeers.

Sonny is gay, along with many other things. He is also a son whose mother mercilessly criticizes him, a husband and father whose wife (Judith Malina) won't let him get a word in edgewise. Asked why she didn't come to the bank when he asked for her, she explains on the phone, "I couldn't get a baby-sitter." She and her husband speak the same New York dialect. Denying that her husband could possibly have robbed a bank, she says: "He mighta done it, his body functions mighta done it, but he, himself, he didn't do it."

Sonny is many things and wants to be all things. The writer Pierson, unable to interview the robber in the real-life story, says he found the key for the character after being told Sonny was the kind of man "who would take care of you." He walks into the bank, waving the rifle but also saying, "I'm a Catholic and I don't want to hurt anyone, understand?" He listens when a teller has to use the toilet and is worried about the bank guard with asthma. He often says, "I'm dyin' here," because the problems of the tellers become his problems.

The most colorful of the tellers is their head, Sylvia (Penelope Allen), who cares for her "girls." Outside the bank and free to escape, she goes back inside: She's staying because she enjoys being the center of attention. "He don't have a plan," she says of Sonny. "It's all a whim." She may be right. Sal certainly has no idea what Sonny is capable of. In an interview on the disc of extras, I learned that Sonny met Sal in a Greenwich Village bar and didn't even really know him very well. We sense that when Sal starts trembling when he learns they'll leave the country by air. "You said if it went wrong, we'd kill ourselves!" he protests. He'd rather die than fly.

More than halfway through the picture, the other key character appears. This is Leon (Chris Sarandon), Sonny's lover. He is adamant: He certainly never asked Sonny to rob a bank to pay for his sex change. Brought into the barbershop and put on the phone with Sonny, he indirectly reveals his emotional inner life. He was in a mental institution. He and Sonny are drifting apart. He can't keep up with Sonny's emotional needs. He sits in the barbershop and talks to Sonny on the phone. This conversation was written as two monologues, Pierson says, and intercut into an exchange that essentially won Sarandon his supporting actor Oscar nomination. Throughout the film, neither man exhibits gay stereotypes. Leon is vulnerable and easily wounded, but not a drama queen. Pacino is matter of fact; in a scene when he dictates his last will to the bank manager (Sully Boyar), he says he loves Leon "more than any man ever loved any other man." He states this as a matter of fact; there's not a whisper of gay spin to it, and indeed even his wife and mother tacitly accept his bisexuality as simply the way he is.

The cops and FBI agents are instrumental to the film, but less fully developed than the people in the bank. Charles Durning plays the NYPD officer in charge, and James Broderick is the chief FBI agent. Neither one is given the kinds of plot elements that usually come with cops in hostage movies. They're unburdened by standard subplots (trouble at home, a conflict with a superior) and just do their jobs; afraid that a bloodbath will erupt, Durning actually runs at cops who won't holster their weapons. Both are matter of fact, direct, playing their roles right down the center. Many of Broderick's most essential moments come in reaction shots. They help demonstrate Lumet's naturalistic approach.

Sidney Lumet is a master filmmaker. His book on directing joins David Mamet's as two contrasting approaches to the subject, both written with clarity and conviction. Starting young by directing live TV, Lumet launched his big screen career with "12 Angry Men," based on one of his TV productions. His subjects have ranged widely; he clearly cares for the story above all else and doesn't specialize in genres or themes. If he's known for one aspect of his broad creative career, it is films about New York, including "The Pawnbroker," "Bye Bye Braverman," "Serpico" (also starring Pacino), "Q&A," "Network" and the suburban "Before the Devil Knows You're Dead." Here he has created a film made brilliant by its deeply seen characters, in a plot that could have obviously been cheapened and exploited but is always human and true.

Lumet's "12 Angry Men" and "Network" are also included in the Great Movies collection at rogerebert.com, along with reviews of many more of the director's films. 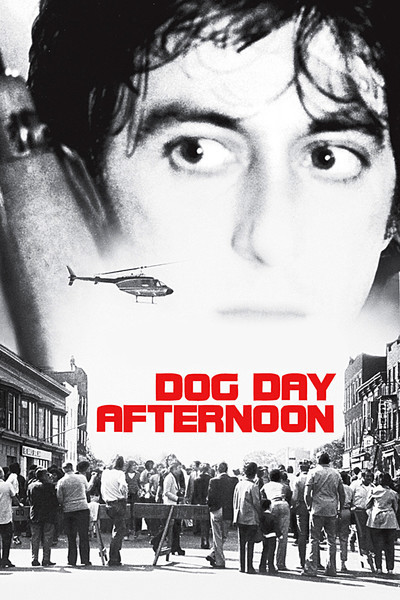