Why does it feel nearly revelatory to see a film that treats female friendship with respect? Not as a device to get one of the women hitched to the right guy and not as an undeveloped subplot to serve as comic relief until said protagonist walks down the aisle. This is at the heart of why “Bridesmaids” was such a smash success—Kristen Wiig conveyed something truthful about female characters who felt like friends and not plot devices or the broad caricatures of so many Hollywood comedies. And yet we’ve seen few films like it since. And so the moments of believability in the surprisingly entertaining “Life Partners” have greater resonance. Yes, the plot machinations puncture a bit of that believability balloon, but the honesty in this film’s core love triangle is something that other filmmakers, especially those interested in telling stories about women, would be wise to copy.

Much of that truthfulness can be traced back to casting. Gillian Jacobs was always entertaining on NBC’s “Community,” but the hit show was often stolen from her by more vibrant personalities like Donald Glover and Danny Pudi. Here, she proves, without question, that she can carry a film. She’s grounded and likable as Paige, best friend to Sasha (Leighton Meester). These two have a nearly co-dependent degree of friendship, talking every day on the phone, getting together to mock “America’s Next Top Model,” and helping each other through failed relationships. The core of “Life Partners”—the friendship between Jacobs and Meester—is surprisingly genuine, and it goes a long way to the success of the overall film. Too many movies about friendship force actors or actresses who seem like they’d never even talk over the Kraft Services table much less actually hang out to portray friends, and so the core of the film rings hollow. The core here is solid.

And so we feel it when the friendship between Sasha and Paige is tested by the natural progression of life. Sasha has had nothing but bad luck in love, bouncing from relationship to relationship, and commiserating over her failures with her other lesbian friends like Jen (Gabourey Sidibe) and Jenn (Beth Dover). Paige has seen her share of losers as well, and Tim (Adam Brody, who happens to be married to Meester in real life) looks like just another bad beau at first. He quotes “The Big Lebowski” far too often to be a viable romantic candidate. And yet he becomes one. He seems genuinely, sweetly interested in Paige, and the subtle way this relationship unfolds is one of the strengths of “Life Partners.” It doesn’t happen overnight, as in so many Hollywood rom-coms. When these two fall in love, they do so gradually and believably.

Before she knows it, Sasha has to make room on the couch for Tim during their weekly “Top Model” snark-fests. And then Paige is missing them altogether. Paige pushes herself into uninteresting dates (with scene stealers like Kate McKinnon and Abby Elliott), as so often happens when our friends find partners; we seek out our own with more fervor. More than anything, “Life Partners” captures how romance alters friendship. We have to adjust to our friend’s significant others, and realize that we may not be the most important person in their life any more, even if they are still the most important person in ours. The first act feels a bit forced in some of its character set-ups, but once “Life Partners” settles into a loose, character-based groove, it really works (at least until it's forced out of that again with some awkward plot turns in the final half-hour). It’s a sad commentary on how rarely we see female friendship that feels truthful in cinema that this comes as such a pleasant surprise. 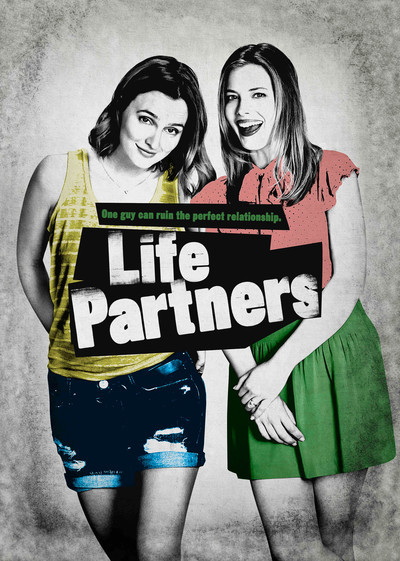