The 100 Most Acclaimed Movies of the 20th Century 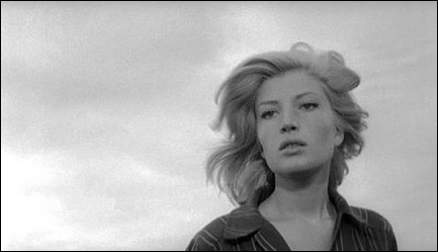 OK, as long as the simultaneous deaths of Ingmar Bergman and Michelangelo Antonioni have shaken the foundations of the pantheon and got us debating canons -- again: Near the end of the last millennium, I decided to do something difficult and convoluted and thoroughly silly. On this particular occasion I determined to figure out which 100 movies were the most highly regarded at the close of the century. I think this was in late 1998 or early 1999. But more recent films wouldn't have registered very high anyway, because I was using a larger historical sampling to compile the results.

I came up with some complex point scale for rating the movies by the awards and honors they had received, using a mixture of domestic and international, popular and critical sources. I no longer have any recollection of the formula I used, but I'm sure it was at least as complicated as the one for Coca-Cola. I know (given my personal bent) that I weighted, for example, the "Sight & Sound" international critics' poll more highly than, say, the Oscars. And I tried to find a mathematical way to properly consider and weigh American with non-English-language films (given the restrictions and biases of some sources), and older films with newer ones. The sources I used were (in no particular order): Academy Awards, "Sight & Sound" polls (1952, '62, '72, '82, '92), the first AFI 100 list, the National Film Registry (American films selected for preservation in the Library of Congress -- which had to be at least 10 years old), the Los Angeles Film Critics Association Awards (1975 - ), the New York Film Critics Circle (1935 - ), and the National Society of Film Critics (1966 - ).

Although it seems inconceivable to me now, I actually put together several charts (spreadsheets!), so you could view the lists and the movies' individual honors, not only by rank, but by director, title (alphabetically), year/decade, -- and a comprehensive list of the 400+ titles that came under consideration, given my sources.