The bi-weekly guide to the latest and greatest on Blu-ray, DVD and streaming services is here with a relatively minor update. It's that time of year when January and February releases are dominating schedules and there's really not a lot to say about "Seventh Son" and "The Spongebob Movie: Sponge Out of Water," for example. We will be back with a standalone guide to some excellent releases for Father's Day soon (including complete series sets of "Boardwalk Empire" and "The Wire," along with gift sets of John Wayne and Clint Eastwood films) but until then we have a nice mix of recent releases, TV box sets, and streaming offerings, including a 4-star film from this year. Watch something.

All three of these will be available tomorrow, the same day that of their theatrical release and when our reviews will post. 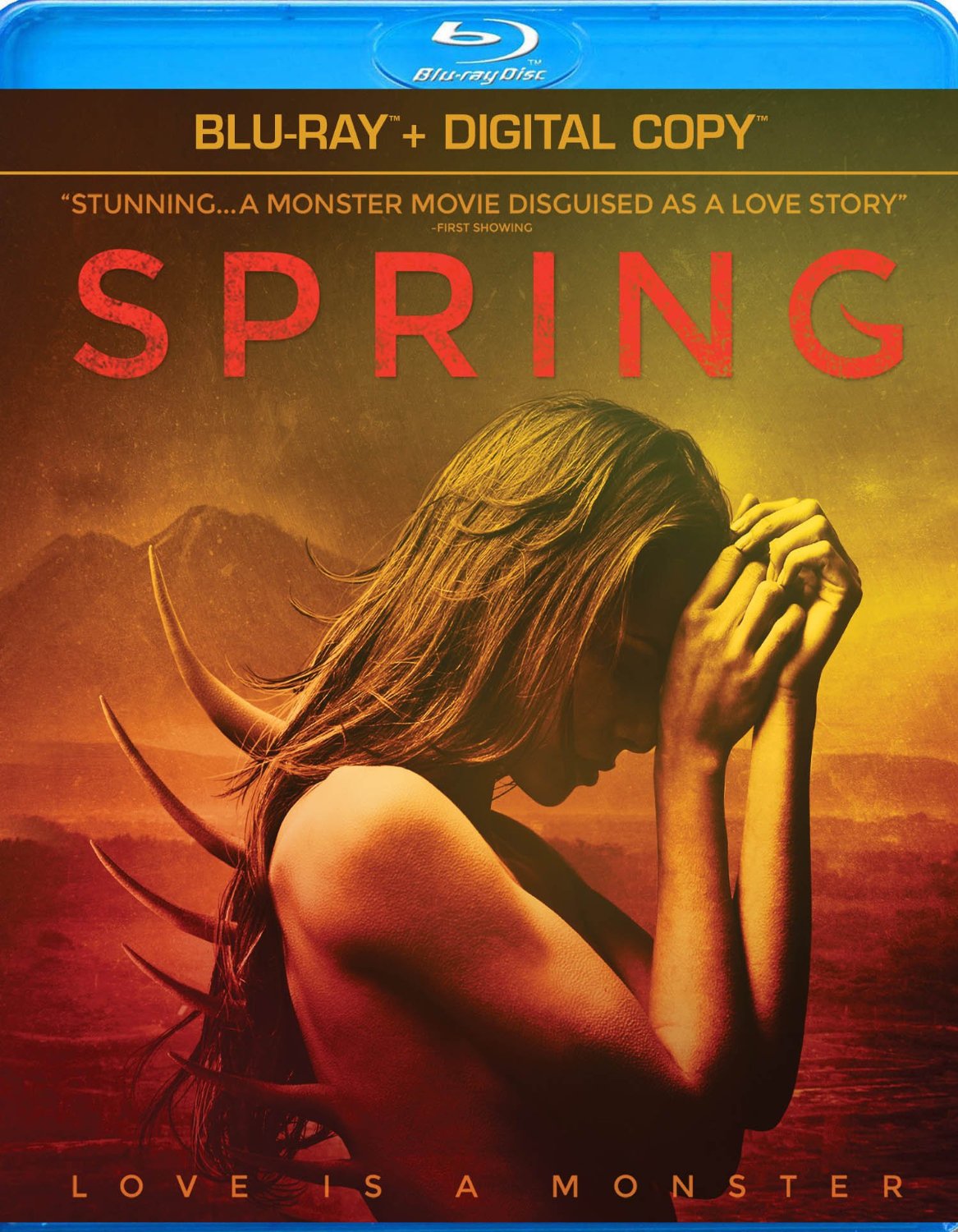 While everyone is (justly) talking about the greatness of "It Follows" and "The Babadook," Justin Benson and Aaron Moorhead's "Spring" slid relatively under the radar. It too should be considered part of the wave of high quality new indie horror films. Blending Richard Linklater and H.P. Lovecraft, this excellent horror-drama centers on a young man looking for something to shake him from his depression on a European journey and running into a beautiful woman with an ancient secret. "Spring" is one of those unique horror films in which the character drama actually works better than the genre trappings. Moorhead and Benson know that in order for viewers to go with the more "surprising" elements of their narrative, we need to care about the characters first. Drafthouse continues to impress with their choices (they released "20,000 Days on Earth," "The Congress," "The Connection," and the upcoming "The Tribe," among many others) and I hope people find "Spring." It's an excellent piece of work. 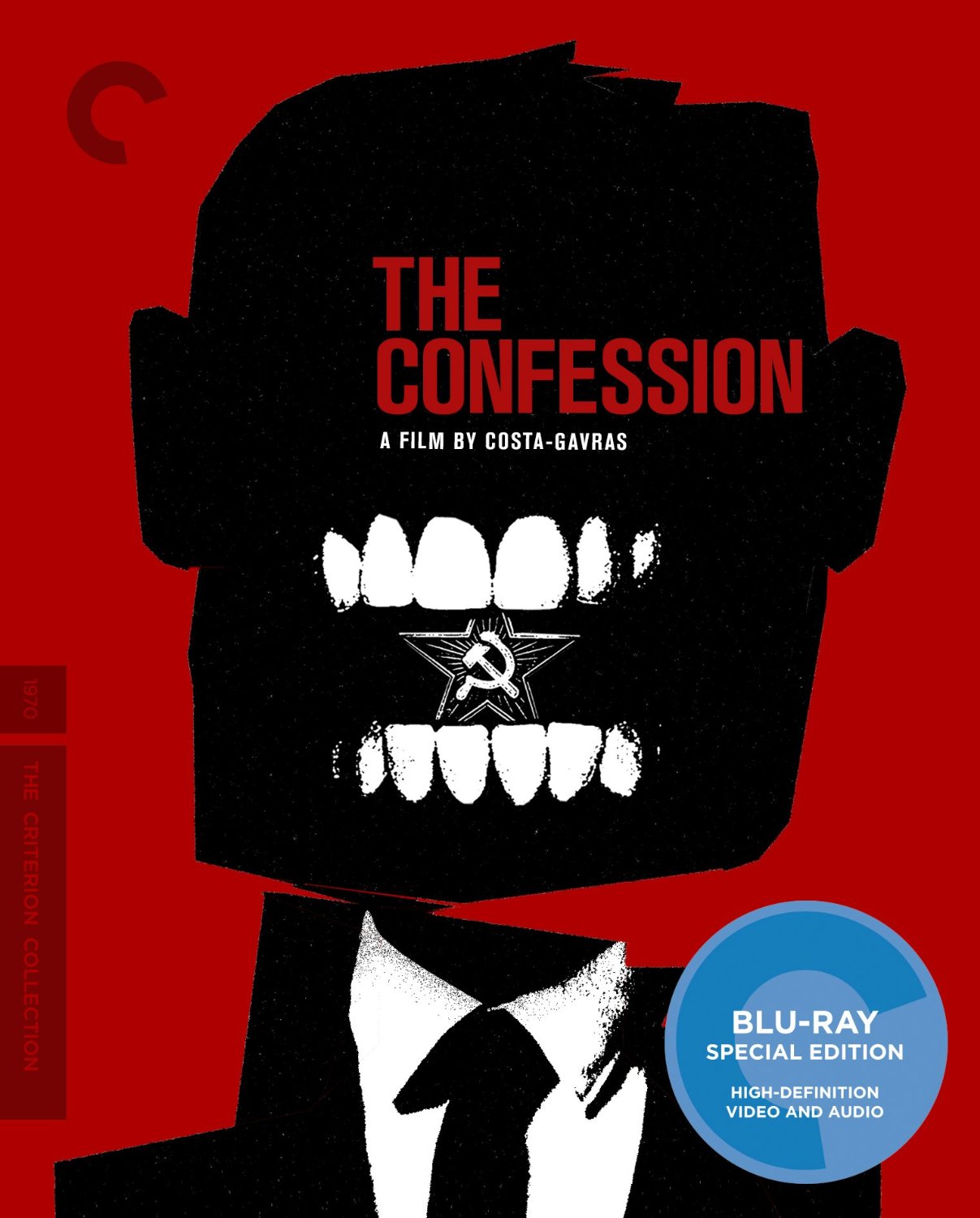 Criterion recently released Blu-ray restorations of Costas-Gavras' two films that followed his breakthrough with "Z." When one considers the genre "political thriller," Costas-Gavras should be one of the first names to come to mind as he fearlessly focused his filmmaking on injustice and corruption around the world. "The Confession" is the better of the two films, featuring a searing performance from Yves Montand, who lost significant weight to play Artur London, a man tortured and held prisoner. In both films, one is struck by the urgency of Costas-Gavras' filmmaking. They're both relatively long and yet they don't feel so, pulsing with righteous anger on the part of a filmmaker who used his tools to try to evoke a response. Special features are strong on both releases, especialy a Chris Marker doc on "The Confession" that includes a lot of on-set footage and interviews.

"State of Siege" Special Features
New conversation between director Costa-Gavras and film scholar Peter Cowie
NBC News excerpts from 1970 on the kidnapping of Dan Mitrione, on which the film is based
New English subtitle translation
Plus: An essay by journalist Mark Danner 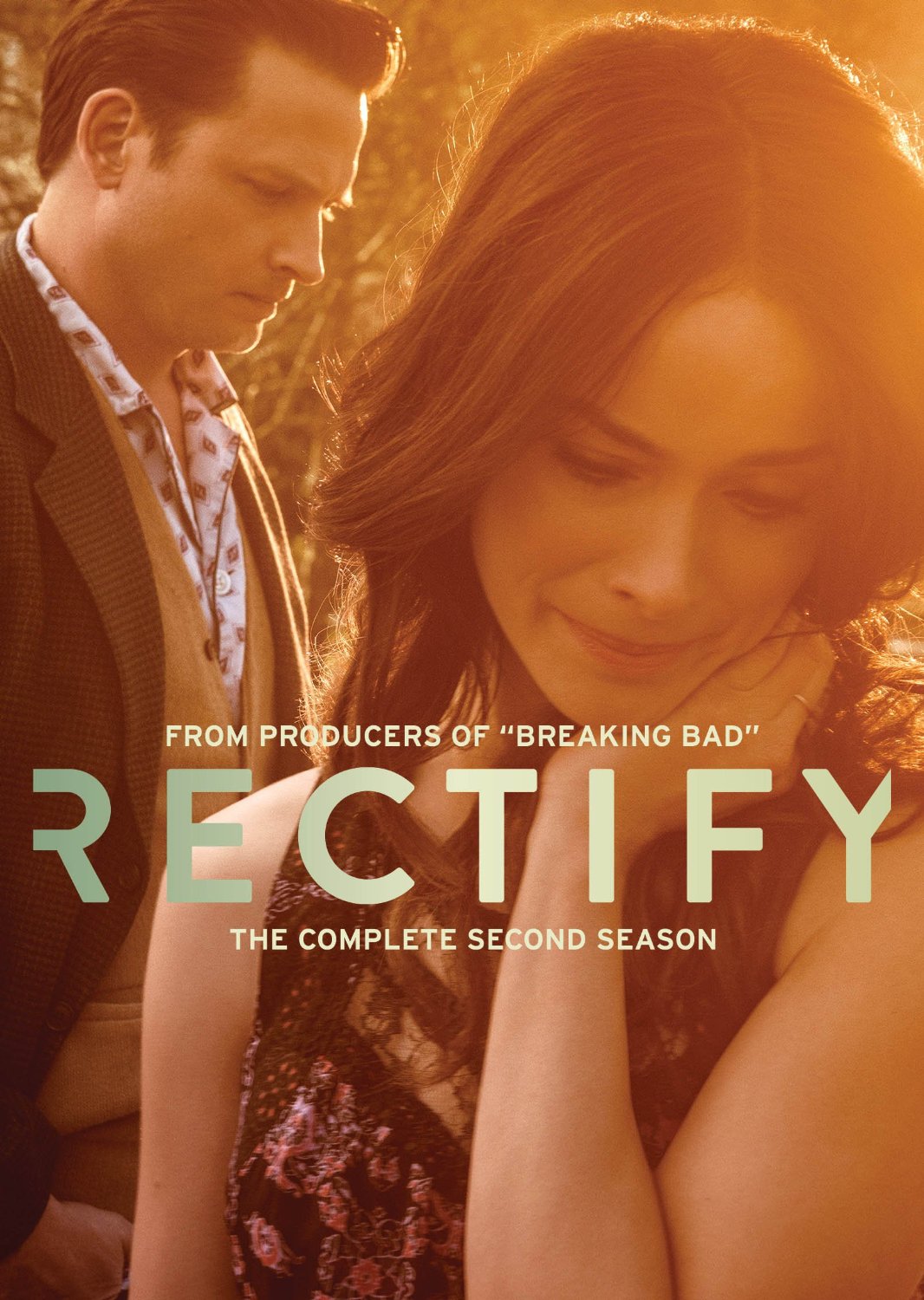 Two programs that had very strong 2014-15 seasons were recently released on DVD, one in a complete series set from Universal and one in a standard season set. Both are shows that have earned sometimes rapturous critical acclaim and ones that I hope play in the upcoming Emmy nominations. NBC's "Parks and Recreation" has a good shot to do just that, especially after a final season that stands among the program's best. NBC Universal has done with "Parks and Recreation" what they typically do when a program ends: box up all the available DVDs in one gift set. So, this "Complete Series" set is little more than what was previously available, but now in one box with the final season. Still, if you don't own any "Parks and Recreation" and love the show as much as I do, this is the way to go. More urgently, I'd like to encourage everyone to watch "Rectify," a daring drama about forgiveness that really doesn't feel like anything else on television. The show is returning soon. Catch up first on DVD. 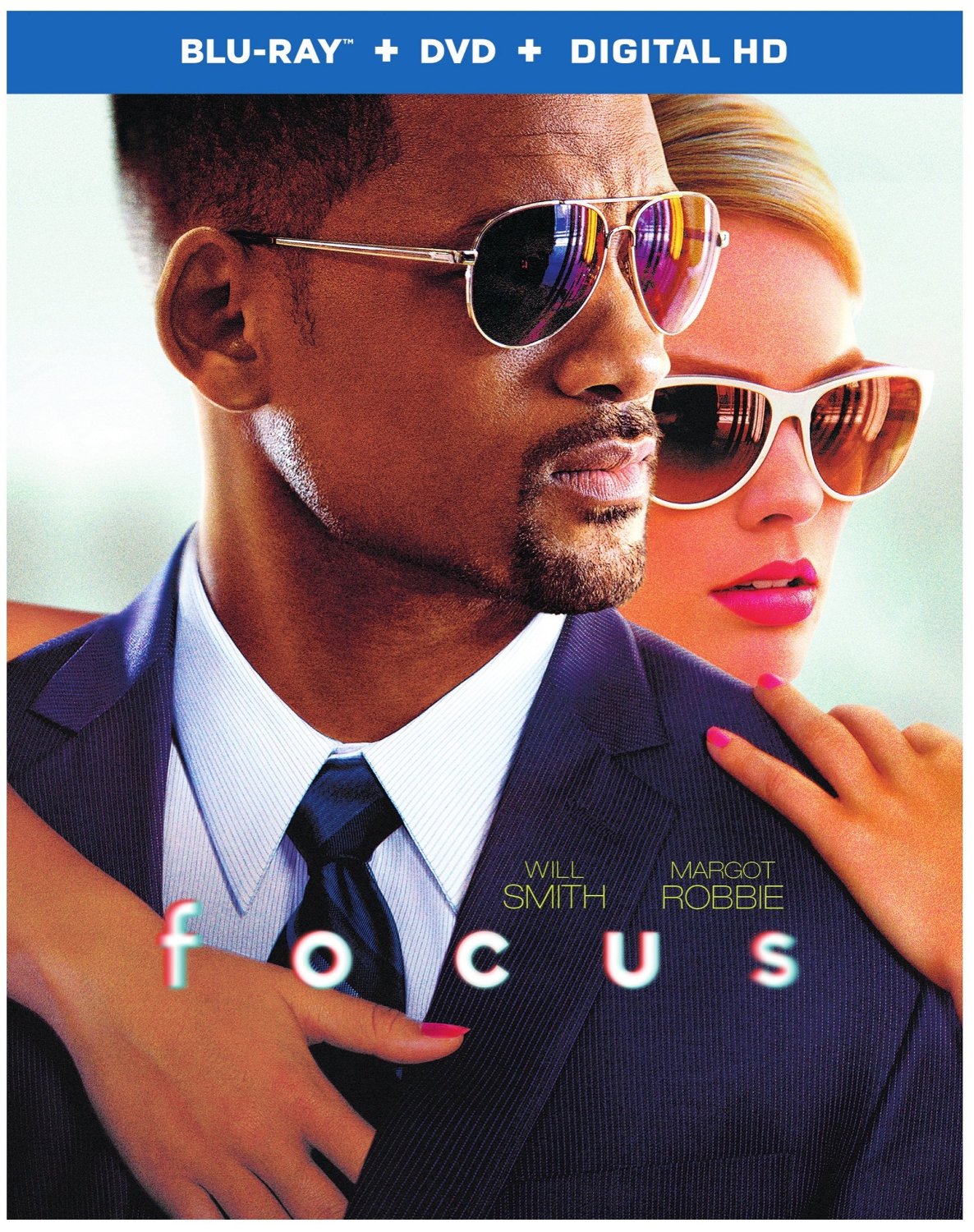 How long has it been since Will Smith really reminded you that he's a movie star? Certainly not in "After Earth." Say what you will about the flawed "Focus," the easy enjoyment one can get out of this con man meets con woman piece comes from watching Smith and his gorgeous co-star Margot Robbie do the movie star thing as well as they do. They're both so charismatic that they can easily carry viewers over the speed bumps of a script with a few too many double-crosses and ridiculous twists. In particular, Robbie already carries herself like an actress who has been in the spotlight for a decade. She is an old-fashioned movie star through and through. And Smith reminds us how much fun he can be in the right material. It's not a perfect film, but it's a solid rental.

Special Features
"Masters of Misdirection: The Players In A Con:" Apollo Robbins demonstrates diversion techniques to manipulate any situation
"Will Smith: Gentleman Thief:" Will Smith dishes on portraying con artist Nicky, his passion for the con and his chemistry with his protegee
"Margot Robbie: Stealing Hearts:" Catch Margot Robbie in the act of becoming a master pickpocket, then explore her charms with costar Will Smith, cast and crew
Deleted Scenes and Alternate Opening 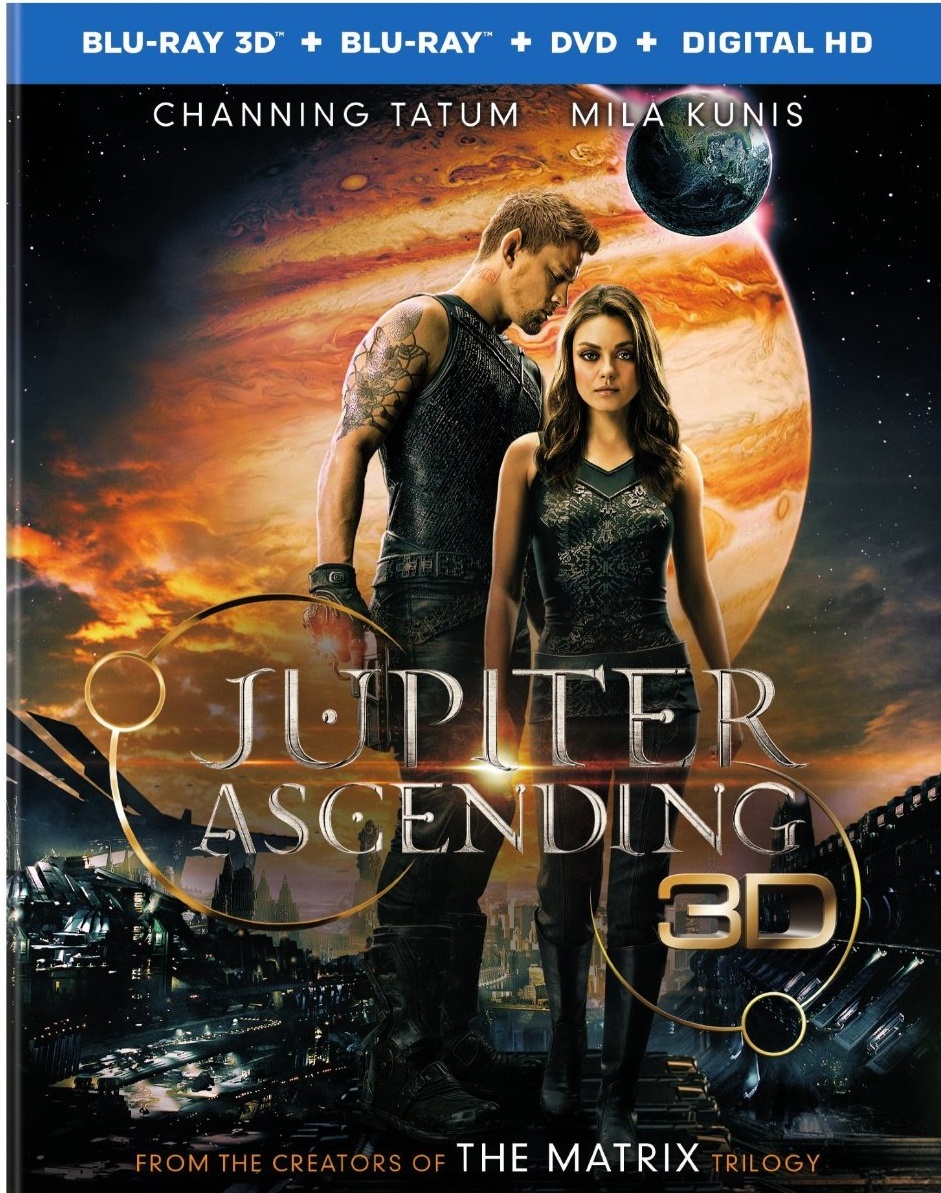 Speaking of imperfect films, the Wachowskis' sci-fi opera is gloriously, ridiculously imperfect. There are times when its fearless ridiculsousness can be fascinating and engaging. There are times when it is strikingly inept, surprisingly, often in the action scenes that already look dated and cartoonish, but more often even in the wooden, awful performance from Mila Kunis. I actually think this movie wouldn't have received half the hatred it did in theaters with a more charismatic lead. Watching it at home, away from the angry critical response it got in theaters, it's easier to admire some of the filmmaking and daringly unapolegetic weirdness of "Jupiter Ascending" (the bees stuff is SO strange). We need more high-budget films from filmmakers as willing to take risks as the Wachowskis, even if they don't always work out.

Special Features
Explore the imagination and innovation of the Wachowskis and their design team with fantastic special features that dig deep into the world of "Jupiter Ascending". Featuring "Jupiter Jones: Destiny Is Within Us" and "Jupiter Ascending: Genetically Spliced." 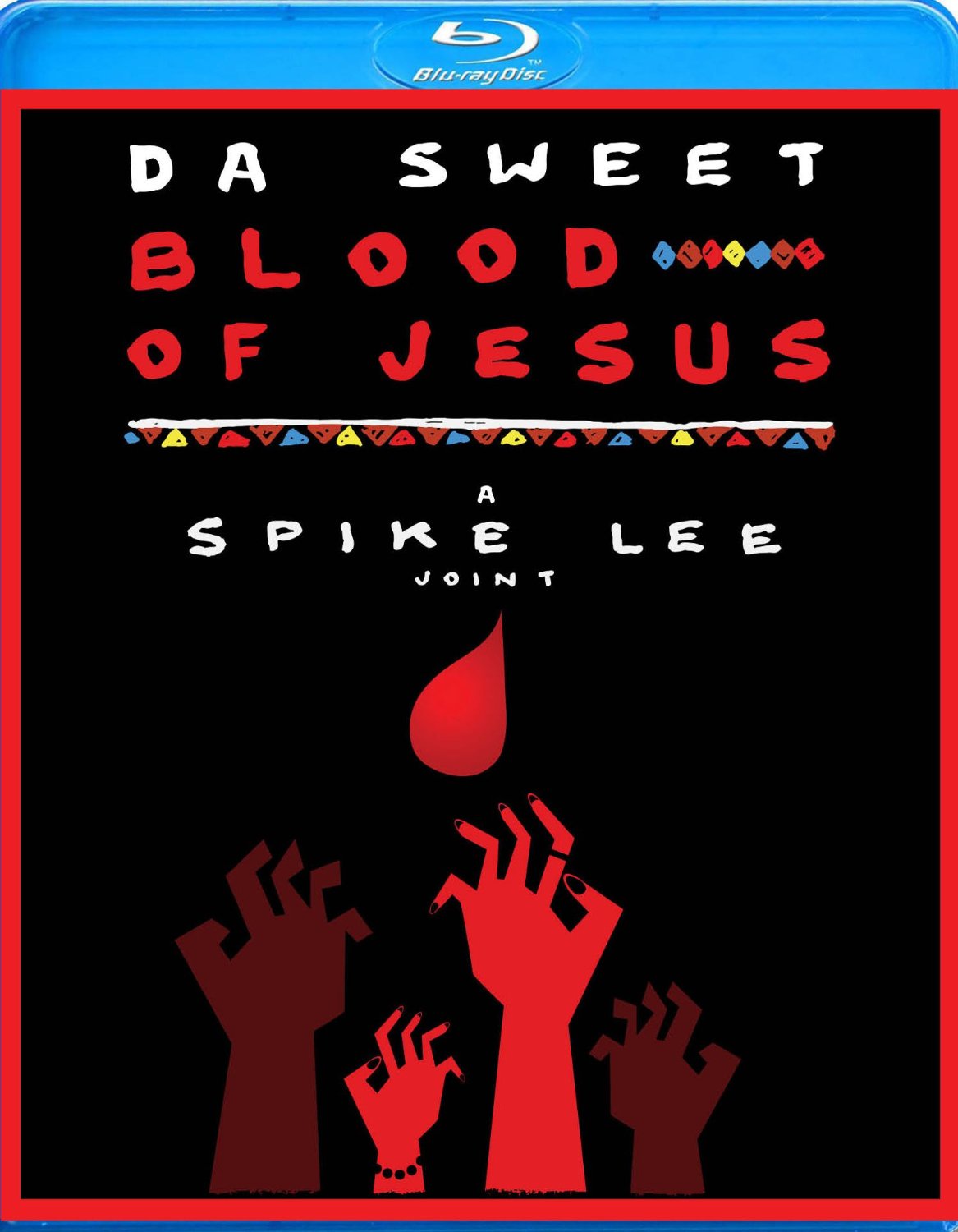 While I agree with most critics that Spike Lee hasn't really made a film that worked in about a decade (I'm a big fan of "Inside Man"), I vastly prefer his experimental misfires like this film and "Red Hook Summer" to the simply-boring ones like "Miracle at St. Anna" and "Oldboy". At least with this oddity, one can sometimes see the passionate Lee of the '80s an '90s, the auteur who once made films that really pulsed with energy. In this loose remake of "Ganja and Hess," Lee paints in broad tones like melancholy and sexuality. In doing so, he sometimes loses things that matter like actual narrative and pacing, but there are some fascinating moments in this modern vampire story that almost make it worth a look, even if you're not a fan of Mr. Lee. Sadly, there are no special features at all on the bare-bones Blu-ray release, and even the HD transfer looks a little flat--like an upconverted SD transfer--at times.