If you look at the title of "It Follows," an unsettling, and deservedly celebrated new horror film, and can't tell what the movie is about, then the movie is already working. "It Follows," the second feature by writer/director David Robert Mitchell ("The Myth of the American Sleepover"), works as well as it does because its creators keep viewers at arm's length. It's a ghost story, though dead people don’t necessarily haunt its suburban protagonists. And it's about teenagers who have sex, though it's neither a simple celebration nor condemnation of under-age necking. Instead, "It Follows" both prolongs and heightens the potency of high school-age fears until they appear to be ancient existential terrors. In that sense, "It Follows" is not really about sex, but an unbearable, unsinkable mood that descends when you come of age, and never completely dissipates, not even after climactic sexual, or other violent acts.

Since "It Follows" concerns the never-ending state of hormonal crisis we call "adolescence," the film is about illogical actions that have long-lasting consequences. Jay (Maika Monroe), a quintessentially sullen teen, learns this soon after she has sex with, and is summarily abducted by Hugh (Jake Weary). After he chloroforms and ties up Jay, Hugh deliberately, but impatiently tells her everything he knows: Jay is the latest victim of a sexually-transmitted haunting. She must pass this burden on to another person by having more sex. If she doesn't, she will be relentlessly pursued by someone she knows...or maybe it will be a stranger...possibly living and/or dead. Whoever follows Jay—it varies from encounter to encounter—cannot be seen by anyone else, but can definitely hurt her. Jay passes this knowledge on to worried friends, like stymied love interest Paul (Keir Gilchrist). And they consequently try to help Jay banish whatever it is that's after her.

Don't panic: "It Follows" is not nearly as obtuse as it sounds. If anything, it's a little frustrating in its limited view of kids that are always concerned with, but never really thinking about sex. Jay and her friends take for granted the fact that they're living in a constant state of excitement. That's a given, so Mitchell doesn't exoticize, or exaggerate that aspect of their characters. He does, however, refuse to explain what Jay feels when she's pursued by various pale, zombie-like followers. Jay's not really introspective, so she only cursorily talks about her naive pre-sexual expectations. All we know is that she expects sex to be momentous and/or freeing, as she airily says to herself after she and Hugh fool around. Instead, it's a momentary respite that's inevitably followed by a series of confrontations with people she may or may not know (aka adulthood).

The horror at the heart of "It Follows" isn't a singular threat, but the vague knowledge that nothing lasts forever. Jay and her friends try to connect with each other physically, but only wind up realizing that, while their bonds are not skin-deep, they're also not liberating. Here's where "It Follows" gets frustratingly—but pointedly—murky: if life after sex is purgatory, does that mean sex is bad, or that sex simply isn't a cure-all for juvenile awkwardness? The latter seems more likely given an unnamed book passage that Jay's loyal friend Yara (Olivia Luccardi) reads aloud later in the film. "Your soul will leave your body and you will no longer be a person," Yara tells Jay, underscoring Jay's implicit understanding of sex as an out-of-body vanishing act. Jay's haunting either frustrates this vague fear, or confirms it. Either way, she is pursued, and may never know why.

That kind of primordial dread is embedded in the film's visual style. Mitchell's camera visually unifies the characters' shared world, either through static panoramas that show several characters occupying the same space, or tracking shots and/or pans that follow characters from one end of the room to the other. We're also given the impression of infinite space whenever Mitchell's camera stands in for, or is positioned inside Paul or Jay's cars. In these scenes, the road that stretches out in front of them/us is long, and there is never a set destination in sight. That concept is far more unnerving than any of the film's more traditional scare scenes, though those are pretty good too (don't look at me, experience them for yourself). No, what's most disquieting about "It Follows" is the way it presents sex as neither abnormal, nor beneficial. By contrast, sex in "It Follows" indiscriminately draws pre-existing emotions out, like a cruel genie that can never be returned to his lamp. 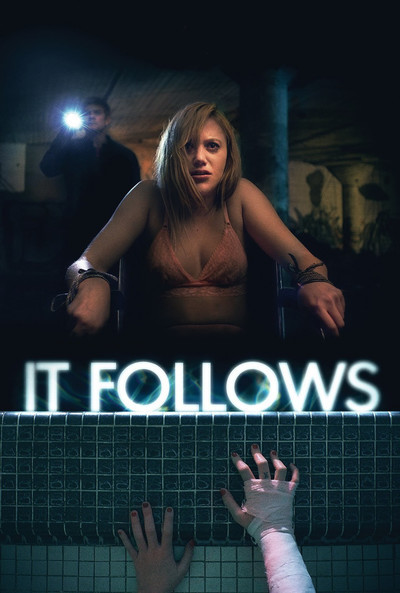 Rated R for disturbing violent and sexual content including graphic nudity, and language