I went into “The Babadook” under a kind of misapprehension. I’d heard a bit about the movie—it would have been difficult, as a working film reviewer to not have—but not orally, so I thought that the title was pronounced with a long “o” or even a sort of “u,” so it rhymed with “Luke,” or, more pertinently, an obscure Italian-American slang word that Robert De Niro uses in “Raging Bull,” that word being “mamaluke.” As in, “I look like a mamaluke.” “A WHAT?” “Like a mamaluke. Like the mamaluke of the year.” Under this misapprehension, I actually underestimated this horror movie, the debut feature written and directed by Australian filmmaker Jennifer Kent.

I was wrong. Both about the pronunciation of the title character—it’s a short double-“o,” as in “look” or “book”—and what it implied for the movie, which as it turned out, is, in my opinion, the finest and most genuinely provocative horror movie to emerge in this still very-new century. Both a relentless psychological thriller with heavy primal stuff on its mind and a full-throttle slam-bang scare-fest, it delivers raw sensation without insulting the intelligence the way the more sensationalist but also essentially trite pictures in the New Horror Paradigm along the lines of “Insidious” tend to do. This is strictly my opinion, I am quick to point out. So impressed was I by “The Babadook” that upon seeing it I tweeted that I thought it might be the first capital-G “Great” horror movie of the 21st Century and was almost immediately beset upon by a couple of guys who thought I was out of my mind. “The Babadook” was both a snoozefest and ridiculous, and superior films included “Sinister” and “The Conjuring.” Now I’m not sure that “ridiculous” is a word that ought to be applied to horror movies, especially if you’re implying by comparison that stuff like “Sinister” and “The Conjuring” is NOT ridiculous. It’s all ridiculous in a sense. What makes a difference is how purposeful the ridiculousness is made to seem.

In “The Babadook,” a sense of urgency establishes itself immediately in a nightmare scene in which Essie Davis’ Amelia is being rushed to the hospital…and this really is a nightmare scene. The urgency is over, the child she was being rushed to the hospital to deliver is now in early elementary school. And the father is dead, killed in an accident during that trip to the hospital. And the child, a little boy, is a pip. Samuel (the cherub-faced Noah Wiseman, giving one of the most amazing and intense child-actor performances I’ve ever seen) spends a lot of time playing games and concocting crude weapons with which to protect himself and his mum from imaginary enemies, and he’s at work on this project day and night, loudly. When his vigilance isn’t literally wreaking havoc on the small house within which he and Amelia live in near-isolation, Sam is a needy clinger who won’t let his mum sleep. He’s a terror at school and he very nearly kills another child, the daughter of Amelia’s sister Claire, whose patience with the increasingly frazzled Amelia is wearing thin. The situation’s a nasty mess, and Kent really makes the viewer resent little Sam about it, particularly after little Sam discovers a rather malevolent children’s book that warns of the evil household influence of a nasty man called, yes, The Babadook.

Kent’s directorial strategy is a marvel. In the first half of the film, she tells the story through the increasingly bleary eyes of Amelia. Once the ostensibly nonexistent Babadook starts making himself known —most devastatingly in a car rearview mirror incident that provides one of the film’s most jarring and viscerally potent sequences—it becomes Amelia’s turn to play the part of the monster. The heretofore intractable Sam begins to come off as vulnerable as, duh, he actually IS, while Amelia’s animus toward her son takes on what you might call supernatural proportions.

The hiding-in-the-dark entity called The Babadook is the most slippery kind of menace in contemporary horror: a metaphor for both the terrors of childhood and the terrors of parenting—particularly single parenting under a very vexed circumstance—that’s also, within the created world of the film, a very real thing. This movie has been compared to Stanley Kubrick’s “The Shining,” which has very similar themes and also played similar games with deliberately blurring the lines between the contents of the troubled characters’ psyches and the possibly supernatural evils out to do them harm. In the end, “The Babadook” puts its chips on ending up as a more conventional horror movie—whatever the Babadook is, it’s something, finally—and that’s all to the good as far as I’m concerned. I like horror movies—they made me like movies in the first place, in fact—so seeing one as emotionally engaged, consistently gripping, beautifully constructed and paced, and really hella scary (without mind-numbing sadism but WITH a fair amount of grisly imagery) feels like a blessing. 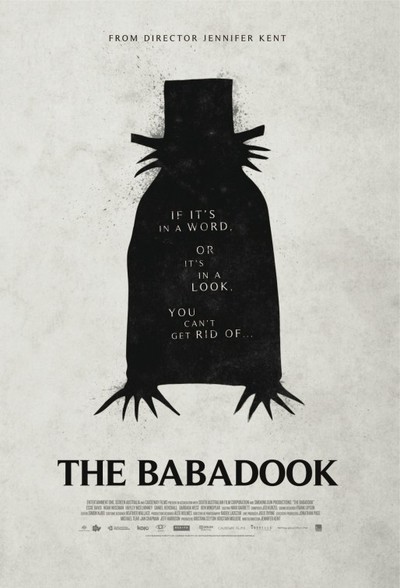