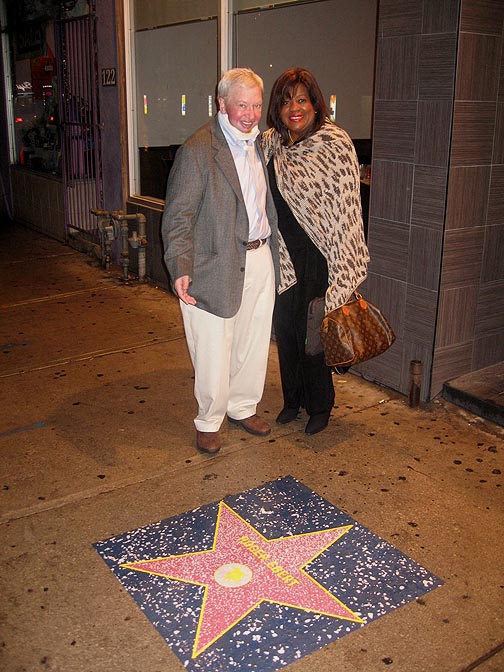 Roger & Chaz Ebert, with Roger's second sidewalk star. (All photos by Jim Emerson. Thanks to Kim Robeson for the use of the camera on this one!) 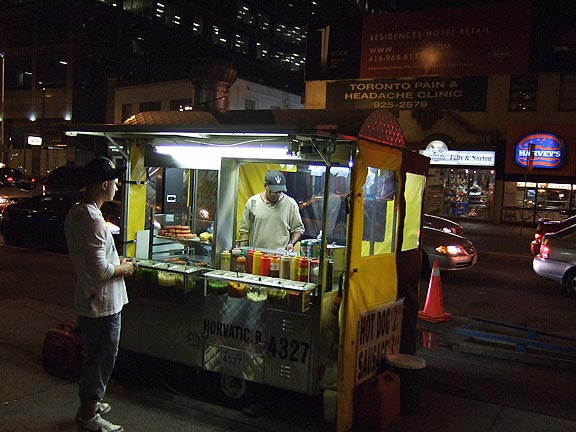 Man Push Dog. Anyone will tell you that one of the joys of TIFF is the street food. I was inspired to take this after seeing "Chop Shop," Ramin Bahrani's second film after "Man Push Cart." Want green olives on that dog? I do.

On average, I saw two to four movies a day at the 2007 Toronto Film Festival -- and, incredibly, I didn't see a bad movie. That's nine days and 20-something pictures (less than one tenth of the total screened), but I don't think I've ever had a run of good movies like that in my life. No, I didn't write about everything I saw -- but I also liked Ira Sachs' "Married Life," Chaude Chabrol's "A Girl Cut in Two" (figuratively and literally), Gus Van Sant's "Paranoid Park," and those other movies I saw, except for the one I walked out on (the third in a four-movie day) that was not so much bad as doleful and predictable. And there was the Woody Allen movie I accidentally half-saw, without knowing I was half-seeing it. 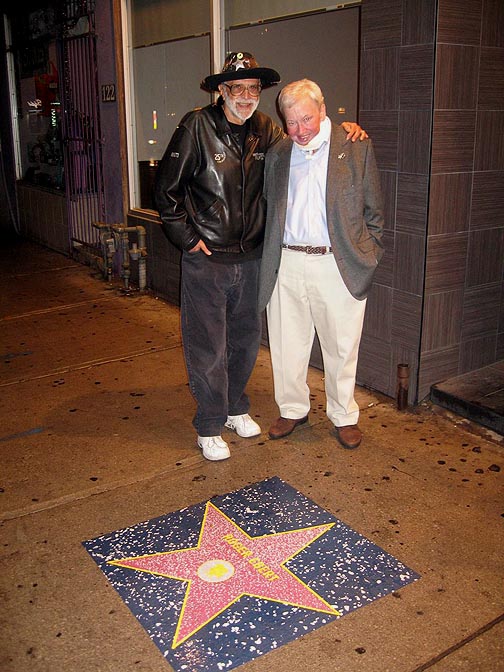 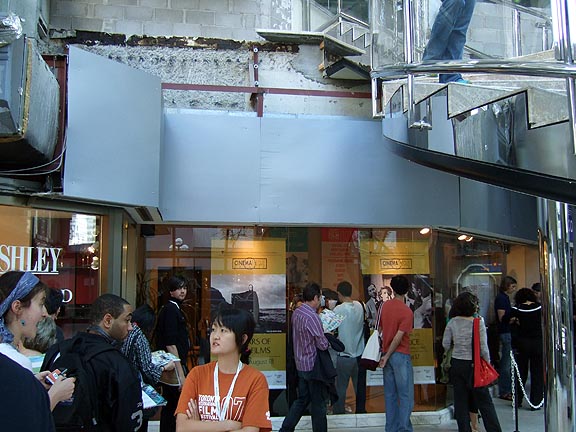 Ingmar Bergman's Death (center, rear) welcomes ticketbuyers, lined up at the TIFF box office in the Manulife Centre, which is being remodeled (nice duct-work, eh?) and currently looks like something out of Terry Gilliam's "Brazil." The woman in orange (center, foreground) is one of the fest's fantastically friendly and organized volunteers.

On the other hand, I also didn't take all that many risks. Most of what I saw was by familiar directors I like, or came recommended by fellow critics or other film festivals. There were some movies I wanted to see just because they sounded interesting (not because I'd ever heard of the filmmakers), but I couldn't squeeze them in, and in that sense I did not have the full experience a festival has to offer. 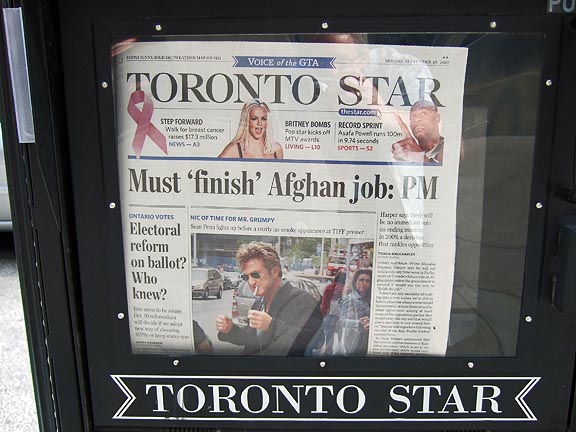 They do love their celebs up in Toronto. Last year, air-polluting, environment-destroying Sean Penn smoked at a press conference and it was a huge scandal. The paparazzi couldn't wait to catch him with a cigarette this time. And when they did -- front page news! 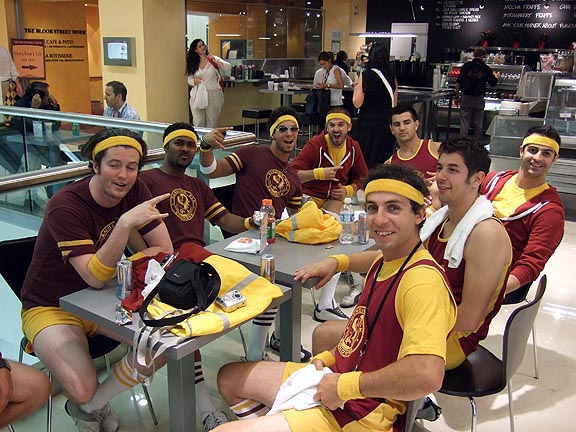 More photos after the jump...

Anyway, although I fear some of the films I saw even ten days ago are no longer as vivid in my memory because of the ones I've seen since, here were my ten favorite Toronto movies, in very rough order of preference:

More photos after the jump... 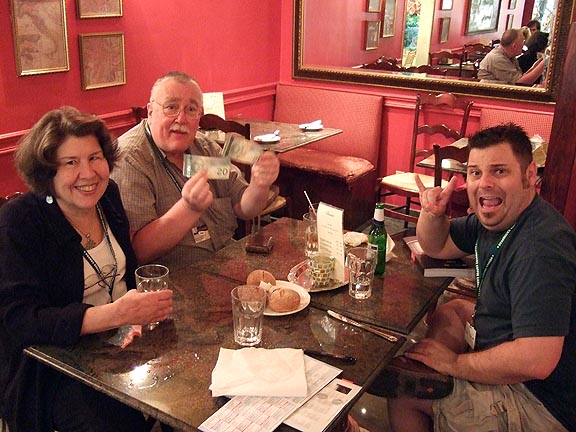 Critics Kathleen Murphy, Richard T. Jameson and Dave McCoy between features. No, I don't know why he's doing that, either. 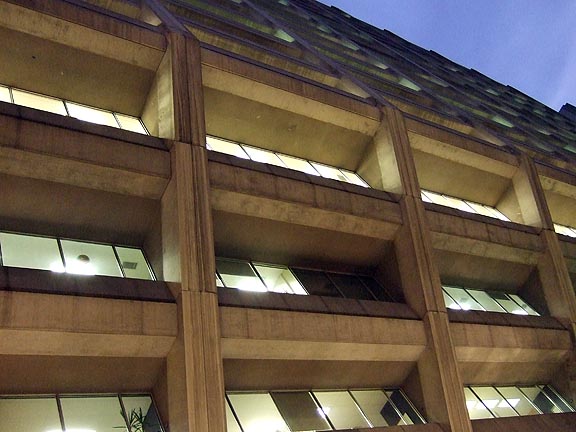 The Manulife Centre not a very distinguished building, really, but I'm fascinated by the different surfaces and lighting. This is where most of the TIFF press and industry screenings are held, so it is Mecca for many of us. 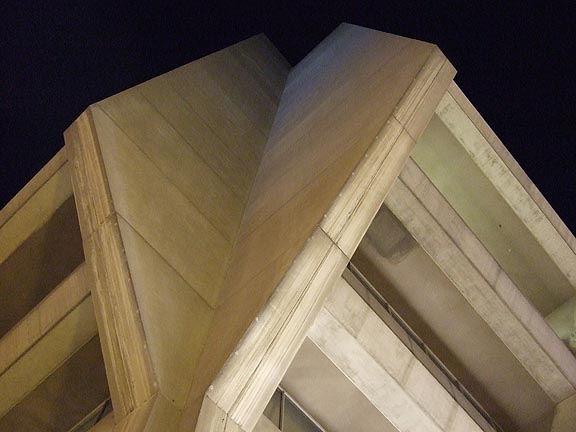 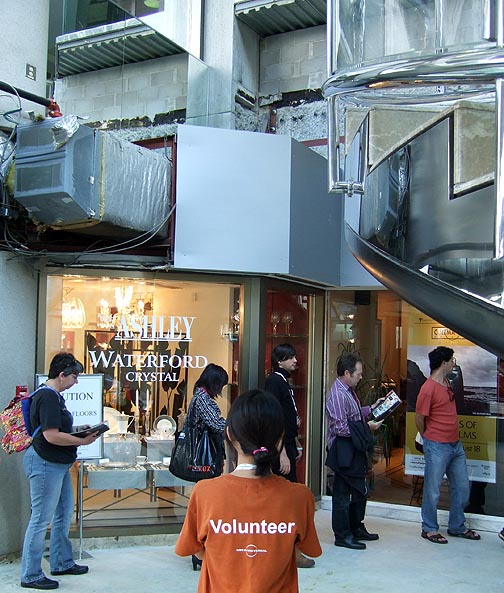 Why a duct? Because it's under (re-)construction, that's why. 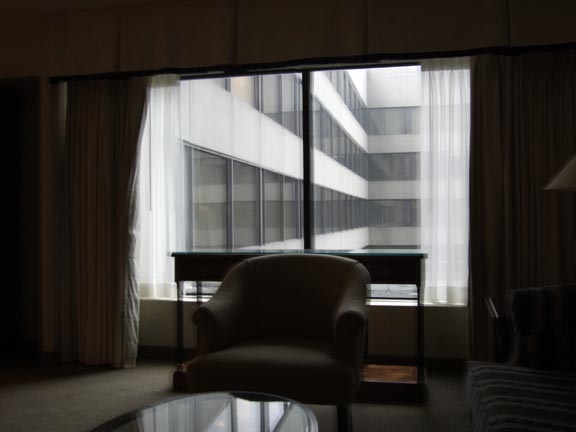 Ghost in the modern hotel mini-suite. 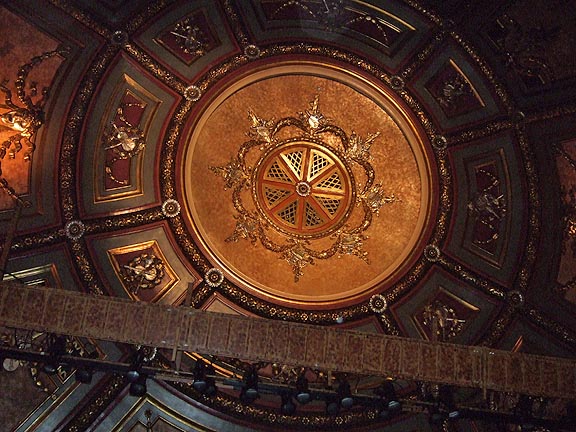 The ceiling of the grand old Elgin Theatre, from my seat on the main floor. Great place to see a BIG movie like "Atonement." 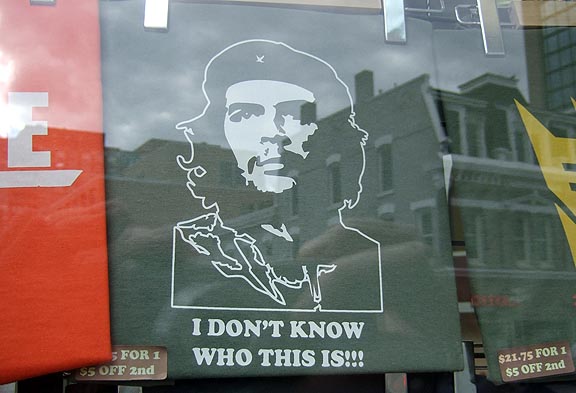 Best. T-shirt. Ever. In my travels around the world, I have found the three most popular commercialized images to be: the Marlboro logo, Bob Marley, and Che Guevera. (Coke and Pepsi are probably fourth and fifth.) Seen in a shop window on Yonge St. 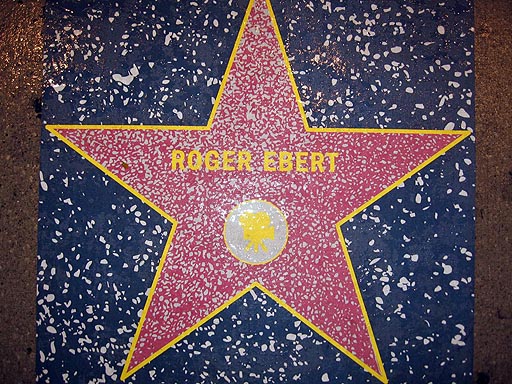 He has one on Hollywood Blvd., too, but this one's on Dundas St. in Toronto -- thanks to Dusty Cohl and Barry Avrich.