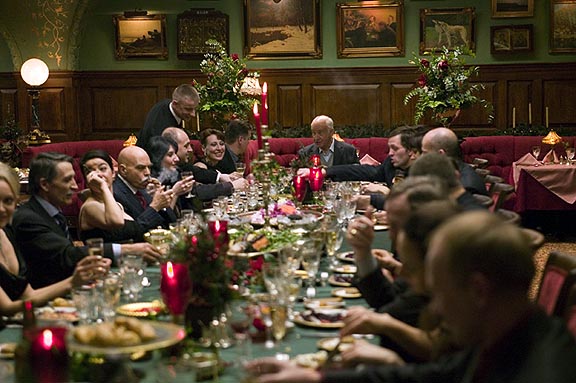 You are going to hear a lot about this, so I may as well begin with it: There's a fight scene in David Cronenberg's Russian mob thriller "Eastern Promises" that is sure to go down as a raw, brutal and pulse-pounding landmark in the history of fight scenes. It takes place in one room, with no props except for a couple knives. People in the audience at the Toronto screening I attended were flinching and gasping as if they were being punched in the face. Which, of course, is the idea. If a fight scene doesn't make you feel like you're part of it, so that it quickens your heartbeat and your breathing, then it's a failure. And Cronenberg's makes you realize how many movie fights are flops -- and how really hard it is to kill or immobilize a human being with your arms, legs, feet and hands.

And in this sense, it reminds me of both the excruciatingly protracted struggle between Paul Newman and the Russian agent in "Torn Curtain," and the knock-down, drag-out fist-fest between Keith David and Rowdy Roddy Piper in John Carpenter's "They Live! 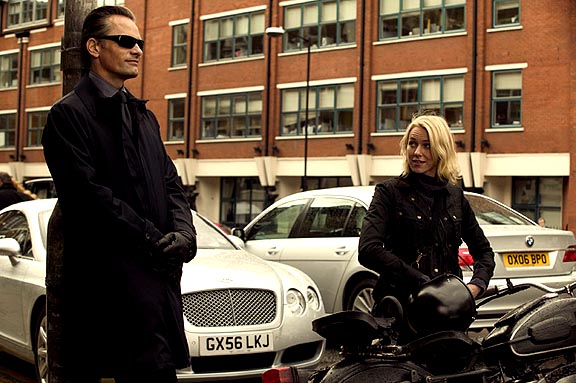 Directed in a bold, graphic style similar to that of his previous film, "A History of Violence," "Eastern Promises" is shockingly gorgeous, for all the ugliness it portrays. The film is set in London, and the colors are dark and heavy: gray skies, slick black streets, brandy, absinthe, venous blood. A hospital midwife (Naomi Watts) finds a patient's diary that gets her involved with Russian gangsters -- in particular, a shrewd and ambitious chauffeur played by "History of Violence" star Viggo Mortensen, looking sharper and more angular and cooly abstract than ever. (Watch the way he props himself against a lamppost so that they become extensions of each other. How does he do that?)

It begins like a Cronenbergian horror movie, and becomes... a Cronenberg gangster movie -- an elemental struggle between good and evil, life and death, east and west, blood and money, trust and betrayal, commerce and morality, mind and body. Remember, that's "elemental," not "simplistic." There are... complications.

More when the movie opens.