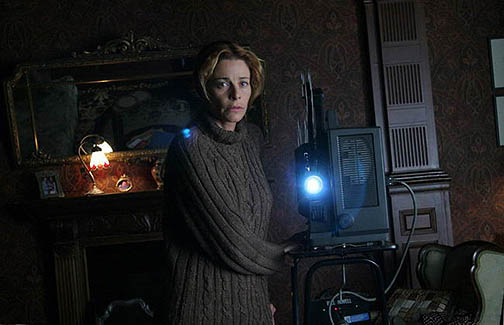 Belen Rueda revisits "The Orphanage" of her youth. Or is it the orphanage that's revisiting her?

As I was leaving the theater after watching Juan Antonio Bayona's "The Orphanage," still in the movie's thrall, I thought for a moment that maybe I'd seen my favorite of the festival. It was only the second film I'd seen (and the movies ahead included the Coens, Cronenberg, Rohmer, Herzog, De Palma, Rivette, Greenaway, and who knows how many other big names), but I figured this had to be a good omen. Because in that moment I believed it to be possible -- and if movies mean anything, they renew and inspire hope for the medium itself.

Guillermo del Toro's "Pan's Labyrinth" was my favorite film of last year's fest -- and, as it turned out, my best picture of 2006. "The Orphanage," produced by Del Toro, isn't the seamless masterpiece that movie was, but it's another strong, dark fantasy-fable and horror movie about mothers and children -- that is absolutely made for adults and not for children. I'd venture to say there are more goosepimply moments and well-earned jolts in this picture than in your average year's worth of commercial shockers. And yet, it's also the only horror film in recent memory that brought me to tears. (The last one may have been Nicolas Roeg's "Don't Look Now" -- but that was nearer the beginning of the movie.) 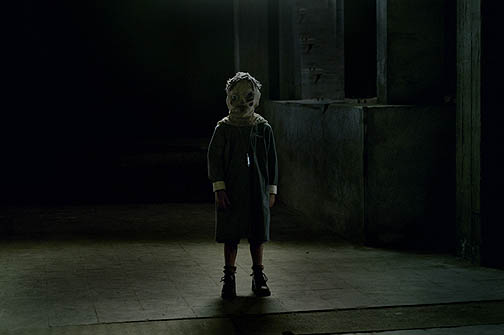 "The Orphanage," as the title suggests, is an Old Dark House ghost picture (haunted by "The Haunting" and other shadowplays), with "Peter Pan" at the center and the specter of Roman Polanski repeatedly glimpsed around the edges, as if in tricks of peripheral vision. A ghastly face contorted into a permanent scream invokes "The Tenant" (and the open jaw will return in another horrifying image); a woman alone in rooms that play tricks on the mind, recalling "Repulsion"; a shot peering around a corner that, like the famous moment from "Rosemary’s Baby" (1968) had me leaning to see what was in the blackness around the bend.

The revealing camera movement, in which you anticipate the sight of something (awful) beyond the edge of the frame, is the film's signature. You know Bayona has gotten under your skin when Laura watches a 16mm silent home movie of what we're told is a boy with a deformed face. We see the child from behind in an underlit room, studying at a desk. The hand-held camera slowly moves up behind him, but all we can see is the back of his head, so that we both dread the reveal and can't wait for it. That's the essence of suspense, and it's a standard trick in the thriller repertoire. It just happens to be exceptionally well done here. And although I've touched on a half-dozen movie references already, it's not because "The Orphanage" goes through the usual motions of offering shout-outs to its influences. They are well-absorbed here. (Oh, and did I mention "The Descent or "Dead Calm" (1989) yet? Think of the mothers driven to psychological extremes in those movies...)

Laura (Belén Rueda, from "The Sea Inside") plays a fiercely devoted mother, raised in the institution of the title, who returns to the decrepit building with her husband and son. The boy begins to draw away from his parents in favor of new imaginary playmates he discovers in and around the house -- and the beach cave beneath the lighthouse that can be seen from his bedroom window. Or, maybe, it's they who discover him.

All due respect to "The Sixth Sense" (which I think is a nifty movie), but this isn't exactly, "I See Dead Children." "The Orphanage" takes its characters to the deepest, darkest places imaginable and dares them to fight their way back. There's a distinctively Spanish/Mexican sensibility at work here, in which the gruesome realities of loss and death and decay are acknowledged in the open, a part of life as it is lived, and there are no guarantees of a fairy-tale Happy Ending for anyone. That's because, as these cultures understand in their bones, the genuine, non-Disnified fairy tales don't necessarily have happy endings.

Rueda's performance is fearless and ferocious. Laura's own orphan past returns as a deadly children's game, a test to see how far she's willing to go, how much she'll risk, for her child. In some respects, her journey is not unlike the otherworldly plunge Jobeth Williams' character takes in "Poltergeist," to reclaim her daughter from the Other Side. There's a scene with a psychic (a pale and spectral Geraldine Chaplin, looking like a Day of the Dead Catarina skeleton in Victorian dress) that also quite deliberately conjures up "Poltergeist."

To describe this mother's descent into the underworld as "bone-chilling" is not hyperbole. It's just a starkly accurate description.

An afterthought: Why are the sing-song rhymes and games of children so spooky? (One, two, Freddy's coming for you. Three, four, better lock your door...)