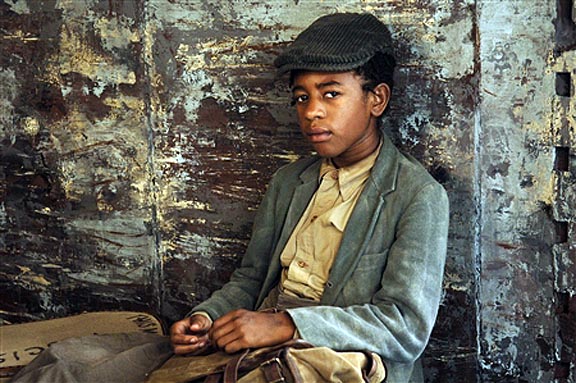 "God, I'm glad I'm not me." -- Bob Dylan, on reading an article about himself in 1965 (quoted in the press kit for Todd Haynes' movie, originally titled "I'm Not There: Suppositions on a Film Concerning Dylan")

Folk-turned-electric singer/songwriter Jude Quinn (looking for all the world like Bob Dylan circa 1965 and played by Cate Blanchett) is riding in a big black limousine when, unaccountably, Allen Ginsburg (David Cross) appears on a golf cart in the rear window, smiling and waving with his frizzy hair blowin' in the wind. Ginsburg pulls up alongside the limo, Quinn rolls down the window, and they travel along parallel trajectories (past a cemetary) while having a brief exchange about an interview Ginsburg had done with a reporter in which the Beat poet was asked about Quinn's musical motives as if all Voices of Their Generation were pretty much one and the same. "They asked you that?!?" Quinn laughs. 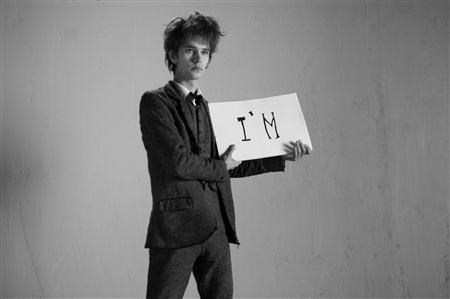 Arthur Rimbaud (Ben Whishaw) in "I'm Not There" in "Don't Look Back" in "Subterranean Homesick Blues" in black and white.

That's a little taste of what it's like to watch Haynes' "I'm Not There," which is not only a kaleidoscopic view of events in the life, music and myth of Bob Dylan, but a critical deconstruction and synthesis of Dylan's various media representations -- from D.A. Pennebaker's legendary "Don't Look Back" to Dylan's own "Reynaldo and Clara" to Martin Scorsese's "No Direction Home: Bob Dylan." In some ways, it's the natural companion to "Don't Look Back" (actually re-enacting some scenes and interviews from that documentary in a new context), the movie Dylan probably wanted "Reynaldo and Clara" to be, and in other ways the movie Haynes wanted "Velvet Goldmine" to be. It actually goes back inside these films (Peckinpah's "Pat Garrett and Billy the Kid," Richard Lester's "A Hard Day's Night" and "Petulia," Godard's "Masculin-Feminin," Fellini's "8 1/2" and others, too) -- and the old stories, the album covers, the liner notes, the newspaper and magazine clippings -- and recapitulates and reinterprets them in new contexts. I was thrilled by it, moved, dazzled, entranced. I love this movie. 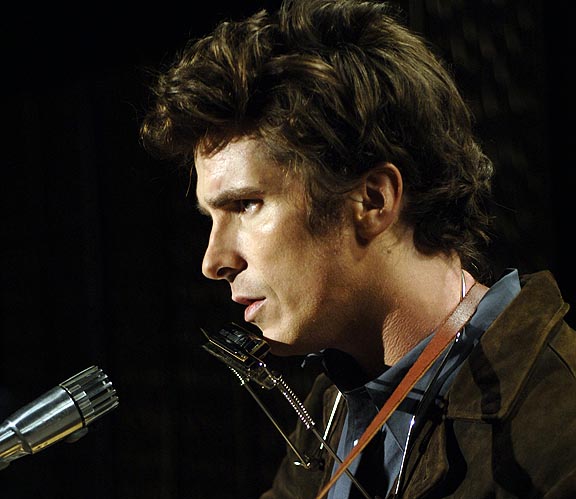 Christian Bale (this guy can do anything) as Jack Rawlins.

The earlier film was about the glam era, freely mixing bits and pieces of fact and lore from the lives of David Bowie, Iggy Pop, Lou Reed, Brian Ferry and others (don't forget Oscar Wilde, who is deposited on earth by a UFO), and that's the kind of thing Haynes is up to here -- mostly with Dylan, but also with "real" and fictional characters around him. Some are identified by their familiar names (like John, Paul, George, and Ringo), some are thinly disguised (or undisguised) stand-ins. And this time he has the music rights, too. Just about the only thing missing is Donovan. 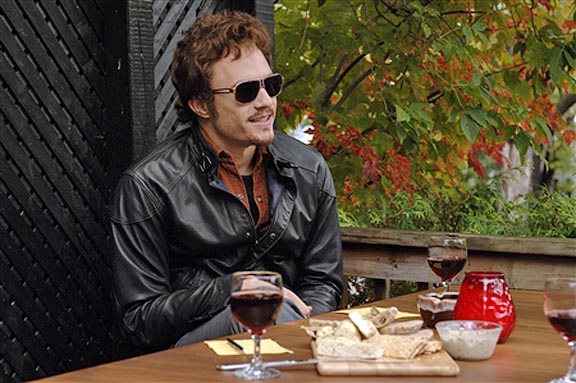 Do you have to know about, or have lived through, the life and legend of Dylan to "get" this film? I don't know. I don't think so, but you'll certainly understand it on more levels if you've seen the Pennebaker, Dylan & Sam Shepard, Scorsese, Peckinpah, Godard, Lester, Fellini, et al. movies mentioned above. And if you know at least some of the music, and something about the 1960s Greenwich Village folk scene and the war in Vietnam and the Buddhist monks who immolated themselves in protest and Joan Baez (and "Diamonds and Rust") and Sara and Swinging London and the Beats and Albert Goldman and The Hawks (and The Band) and The Basement Tapes and the Rolling Thunder Revue and "Tarantula" and Columbia Records and the motorcycle accident and the "electric" debut at the Newport Folk Festival and the so-called "Royal Albert Hall" concert in 1966 ("Judas!" "I don't believe you...") which actually took place at Manchester's Free Trade Hall (just another part of the legend) and Elvis Presley movies and James Dean movies Marlon Brando movies and Montgomery Clift movies... and so on. 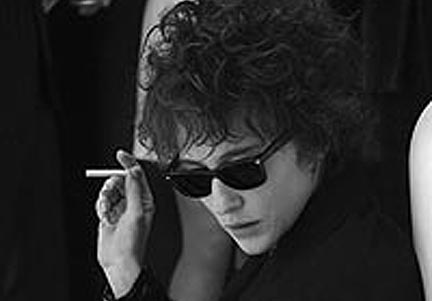 I was a senior in high school when "Blood on the Tracks" came out and utterly changed my life (not the first time Dylan would do that for me), so although most of '60s Dylan predated my awareness of his actual records (we sang "Blowin' in the Wind" in my fourth grade homeroom, with Miss Kwinsland on ukelele, but I didn't know it was a Dylan song; we sang Woody Guthrie tunes, too), I absorbed a lot of this stuff simply by being a young American with an interest in politics and art and pop culture. But do you have to be familiar with all of this in order to appreciate "I'm Not There"? I don't think so. (But consider this: Bruce Greenwood plays Quinn's BBC interviewer/adversary, Mr. Jones, and Pat Garrett.)

A Dylanophile friend was asked if he was in "Dylan heaven" after the film. He thought for a moment and then said, "Yeah. I guess I am." I don't know about that. But I'm at least knockin' on heaven's door.

That's all I'll say for now, because I'm salivating over the prospect of seeing and writing about this movie in more detail later....

Oh, just one other thing. I've talked to five or six people who, unprovoked, described exactly the same response to different moments in the movie. But they all involved having the experience of consciously thinking: "I am in love with Cate Blanchett."