It's that time again when we take a trip to the south of France for two weeks in the midday sun, that world famous film festival known as Cannes. Today we begin our coverage with a Cannes Preview by Barbara Scharres, the Programming Director of the Gene Siskel Film Center at the School of the Art Institute. As she has for years now, Barbara will bring you daily reports from the festival's main competition for the grand prize, the Palme d'Or, as well as films in other parts of the festival. We will also have reports from Ben Kenigsberg and others, as well as occasional video reports and updates from yours truly. My first video report begins today. So please check in with us everyday for the next two weeks as we report from the 69th Cannes Film Festival.—Chaz Ebert

The legendary aura of glamour promoted by the Cannes International Film Festival over the past 68 years makes the routine sighting of stars assured. This year, as the 69th annual festival, May 11 – 22, opens, let’s hope that there are some lucky stars hanging overhead too. For many a prospective attendee, the festival’s recent announcement that a massive counter-terrorism simulation would be staged in late April has surely added a few lurking thoughts of dread to the shivers of anticipation.

This venerable festival has weathered many a star-crossed year. Whether dogged by seemingly perennial national strikes, shadowed by the dark clouds of a volcano, or sobered by the proximity to tragic acts of terrorism, the Festival de Film manages to charge ahead as a force of nature in the world of cinema. Every year is a make-or-break year for the fortunate few directors selected for the competition, because this is where international reputations can reach for the sky or hit the rocks.

For last year’s opening, the festival got social relevance out of its system by choosing to launch with the French production “Standing Tall,” a sober and seriously dull drama about a juvenile delinquent being guided to redemption by a saintly social worker played by Catherine Deneuve. No worries this year, as the fête kicks off with Woody Allen’s “Café Society” starring Kristen Stewart, Jesse Eisenberg, and Blake Lively, a film slated for general U.S. release in July. At very least, this romantic comedy set in 1930s Hollywood and featuring gangsters and a jaunty jazz soundtrack sounds like painless fun, maybe more. 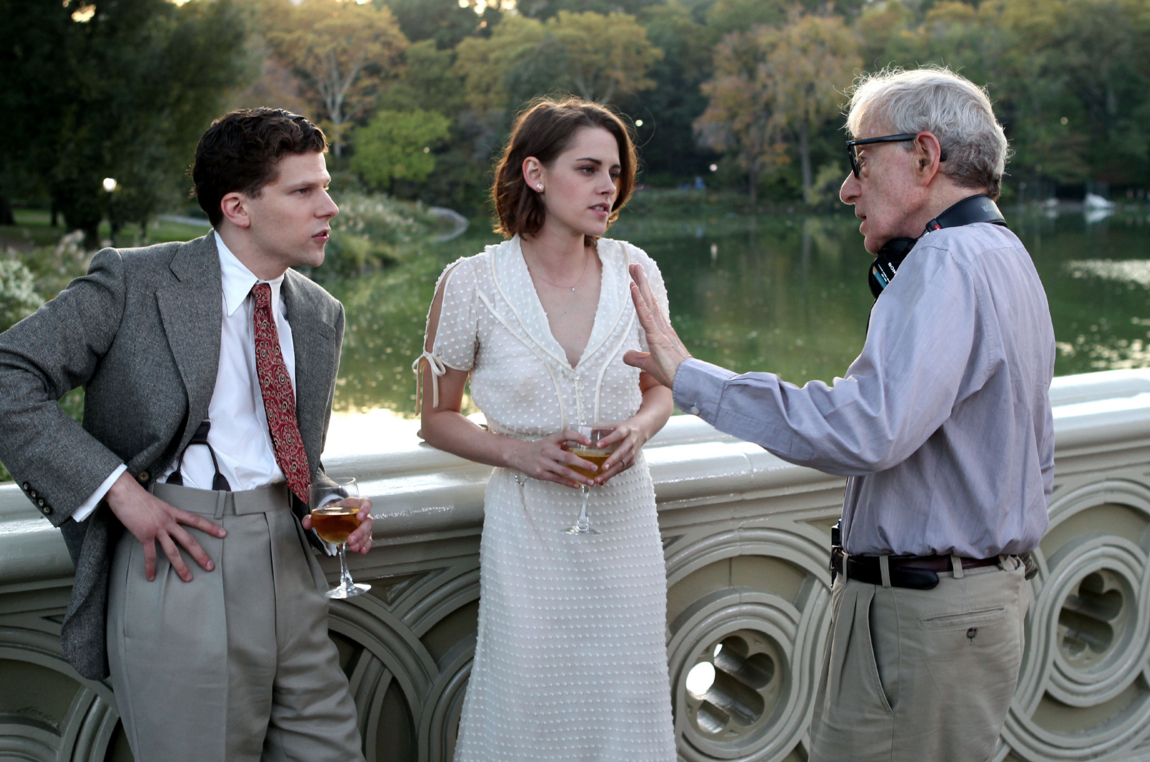 Twenty-one films have been selected to compete for the coveted Palme d’Or. A good half of them represent France either wholly or with co-production status. It’s an intriguing grab bag of titles. Directors with long careers and legendary reputations go head to head with younger upstarts, unpredictable mavericks, and mid-career hopefuls.

As usual, it’s largely a contest for white guys. Three female directors were announced for competition: German director Maren Ade (“Toni Erdmann”), Nicole Garcia (“From the Land of the Moon”) representing France, and Andrea Arnold (“American Honey”) from the U.K. By male-centric Cannes standards, that counts as a whopping 50% increase over last year’s two. At this rate, it could be 50/50 in a decade or so.

When it comes to formidable contenders, there are hardly any with greater credibility than Belgium’s Dardennes brothers, two-time winners of the Palme d’Or for “Rosetta” in 1999, and “The Child” in 2005, and the U.K.’s Ken Loach, Palme winner for “The Wind That Shakes the Barley” in 2006. Back in Cannes as if they’ve never been away, Jean-Pierre and Luc Dardenne compete for the seventh time, and Ken Loach for the astounding twelfth time. The Dardennes present “The Unknown Girl,” about a doctor investigating the death of a patient who refused treatment. Ken Loach stays true to his working class themes with “I, Daniel Blake,” a story of two people who go up against Britain’s welfare system.

Likely to give those stellar names a run for their money are arthouse favorites including Spanish director Pedro Almodóvar (Oscar winning “Talk to Her,” 2003), French director Olivier Assayas (“Clouds of Sils Maria,” 2014), and American Jim Jarmusch (“Only Lovers Left Alive,” 2013). Almodóvar competes with ”Julieta,” a drama that blends three Alice Munro stories to portray a woman driven to the edge of madness over estrangement from her adult daughter. 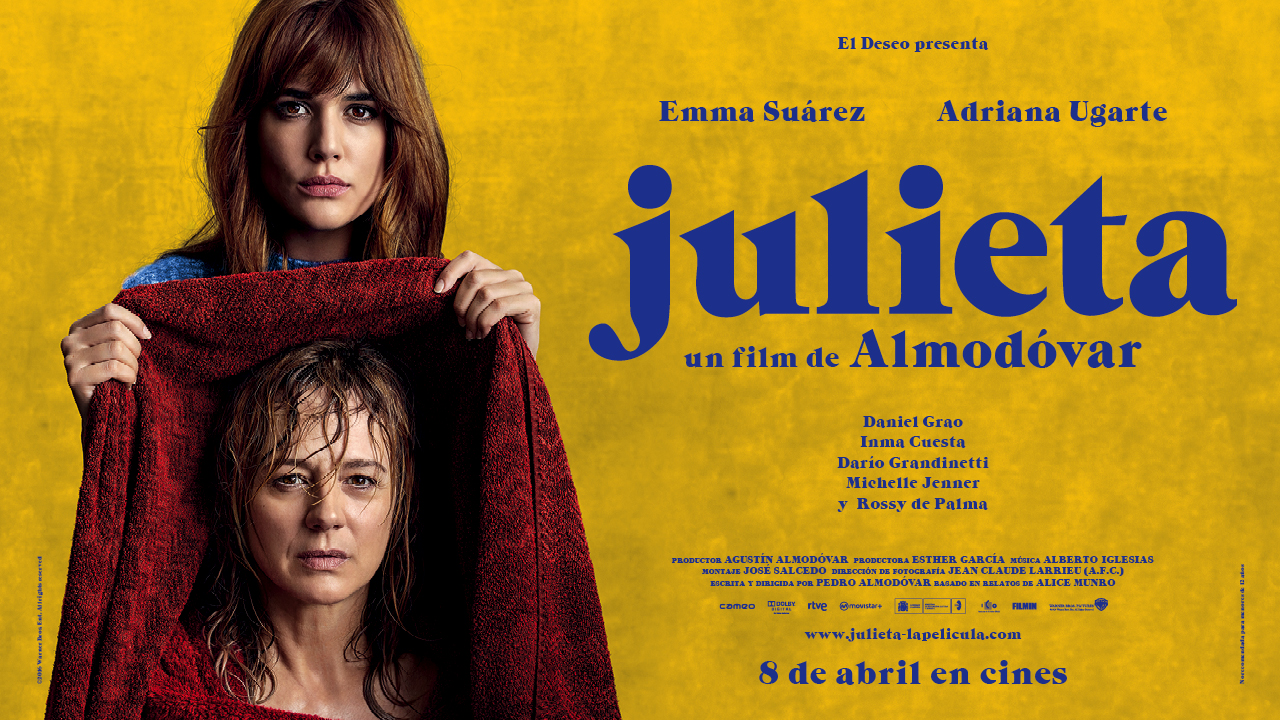 This is the fifth time in competition for Assayas, who has gone home empty-handed in the past, except for ex-wife Maggie Cheung’s Best Actress win in 2004 for “Clean.” American Kristen Stewart won raves for her supporting role in his “Clouds of Sils Maria,” and Assayas features her in the starring role in this year’s “Personal Shopper,” a ghost story set in the Paris underworld. When it comes to fantasy, Assayas has a spotty record. He can pull it off brilliantly as in “Irma Vep,” or end up in the backwaters of silliness as in “Demonlover.”

Cannes was an international career springboard for Jim Jarmusch in 1984, when he won the Camera d’Or for his first feature “Stranger Than Paradise.” He’s been a regular in competition since then, but except for winning the short film Palme d’Or for “Coffee and Cigarettes III,” major prizes have eluded him. His new film sounds as if it may be a departure from the fantastical themes of films like “Ghost Dog” and “Only Lovers Left Alive.” “Paterson” stars Adam Driver as a New Jersey bus driver-poet, and co-stars Iranian born actress Golshifteh Farahani (“About Elly”).

Not to be discounted as possible jury favorites are Romanian director Cristian Mungiu, who soared to prominence as winner of the Palme d’Or in 2007 for “4 Months, 3 Weeks and 2 Days,” and Asghar Farhadi, the Iranian Oscar and Golden Globe-winner (“A Separation”). With “Bacalaureat” or “Graduation,” Mungiu treats the story of a couple confronting a flawed educational system. Delving into troubled relationships has become Farhadi’s specialty, and his new “The Salesman” puts the spotlight on two actors whose marriage encounters problems during their production of Arthur Miller’s “Death of a Salesman.”

Anything can happen when mavericks enter the competition equation, and this year’s crop presents promising possibilities for wild and woolly brilliance. French director Bruno Dumont (“Humanité,” “Flanders”), better known for strains of sadistic violence and cryptic mysticism than for humor, competes with “Slack Bay,” with stars Juliette Binoche and Valeria Bruni Tedeschi, a quirky period comedy about tourists mysteriously disappearing from a seaside town.

South Korean director Park Chan-Wook, whose films including “Oldboy” and “Sympathy for Lady Vengeance” puckishly mine mayhem, presents “The Handmaiden,” based on the lesbian crime novel “Fingersmith” by Sarah Waters. The story of a Victorian heiress who falls for a thief posing as a lady’s maid sounds deliciously ripe for his dark quirkiness. 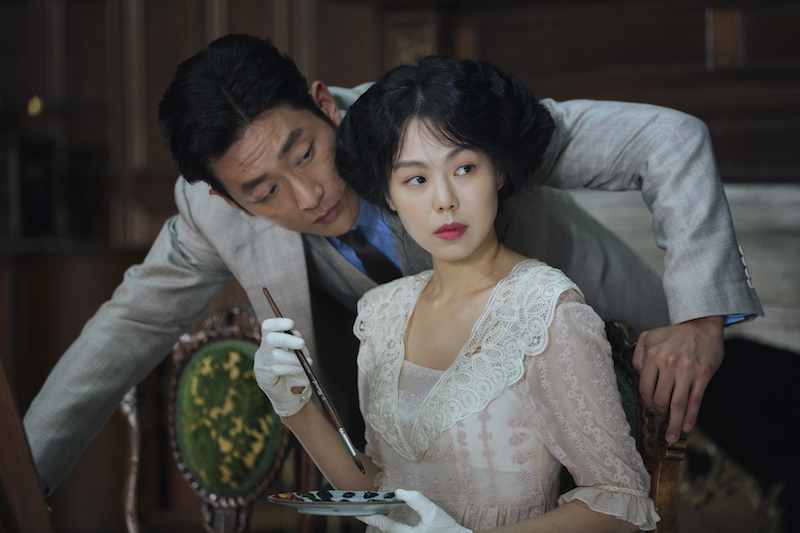 In 2011, Nicolas Winding Refn won Best Director for “Drive,” making him one of the most hotly anticipated directors to compete in 2013, with “Only God Forgives.” In a standout example of the way the highest hopes can be disastrously dashed at Cannes, that film was just about laughed off the screen, delivering a pretentious load of one-liners that will live in infamy. Will Refn redeem himself with “The Neon Demon, “ with Keanu Reeves and Elle Fanning in the world of high fashion? Only time will tell, but not being a Refn fan, I’m not placing any bets on it.

It’s my personal hope that U.K. director Andrea Arnold blows much of the competition out of the water with her entry “American Honey,” starring Shia LaBeouf and newcomer Sasha Lane. In a relatively short but stellar directorial career Arnold (also an actress) scored an Oscar in 2005 for her short film “Wasp,” and the Jury Prize at Cannes for her first feature “Red Road” in 2006. “American Honey,” the story of a teenage runaway who links up with a hard-partying door-to-door salesman for travels across six heartland states, would seem to promise an extra helping of her trademark eroticism and risk-taking sexuality.

At this moment, all twenty-one Cannes competition films are poised for potential wins. Beyond the immediate fame of awards, some will ultimately be celebrated as classics. Others, despite a prize or two, will be coming as soon as this time next year to a screen near you.

This article can also be seen in the Chicago Sun-Times.

Cannes 2016 Preview - RogerEbert.com from The Mint on Vimeo.