My description makes the movie sound like a sleazy bottom-feeder, but this is an ambitious production by director Olivier Assayas, whose last film, "Les Destinees" (2000), was about a struggle for control of a family firm that manufactures Limoges china. Yes. Now we have another corporate struggle, but in a corporation with no values, no scruples, and apparently no employees, since all we see are executives.

But never mind. The movie is confused about this and many other things, in a scenario that grows steadily murkier. Back home in Paris, Diane's scheme has paid off in the big job with the big salary, but Elise (Chloe Sevigny), who is loyal to Karen, suspects what she did to get the job, and Elise is a dangerous customer. So is Elaine (Gina Gershon), who works for the American firm Demonlover and is bidding against Magnatronics for the rights owned by Henri-Pierre. Their rivalry is further complicated (or is it made unnecessary?) by the fact that Diane is actually a corporate spy.

If that seems like a secret I should not have revealed, be assured that it is irrelevant to the progress of the movie, which exists largely in content-free visuals of beautiful women, ripped lingerie, luscious suites, sexual jousting and lots and lots of people coming down all manner of corridors and going into one door after another in order to capture, threaten, ravish, seduce, blackmail or murder one another.

By the end of the movie, I frankly didn't give a damn. There's an ironic twist, but the movie hadn't paid for it and didn't deserve it. And I was struck by the complete lack of morality in "Demonlover." No one seems to question the fact that they all play to make money by torturing people. It's all just business. As a metaphor for certain tendencies in modern commerce, this may be intended, but somehow I don't think so. I think "Demonlover" is so in love with its visuals and cockeyed plot that it forgets to think about the implications. 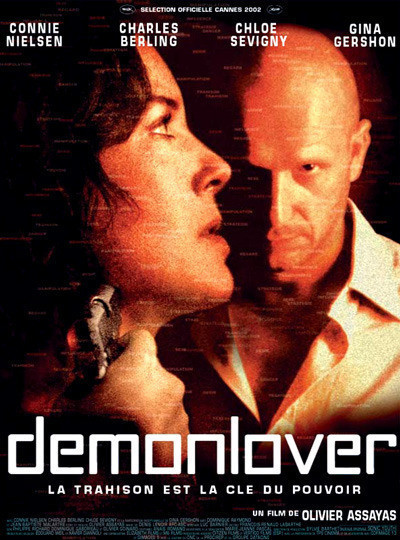