We're back a few days late but we hope it was worth the wait. It's a little dry out there right now when it comes to new releases, as it feels like the last wave of major titles pre-Christmas is waiting for the first few weeks of December. There are still eight Blu-ray/DVD titles worth looking at, a VOD early release that comes complete with special features, and a wave of new releases on Netflix to highlight. The world's most popular streaming service is a little slight too, probably because Netflix is focused on new original series "W/Bob and David" and "Marvel's Jessica Jones." Still, there are a few recent festival hits, including a great documentary from Bobcat Goldthwait, which won the Audience Award at the 2015 Chicago Critics Film Festival. 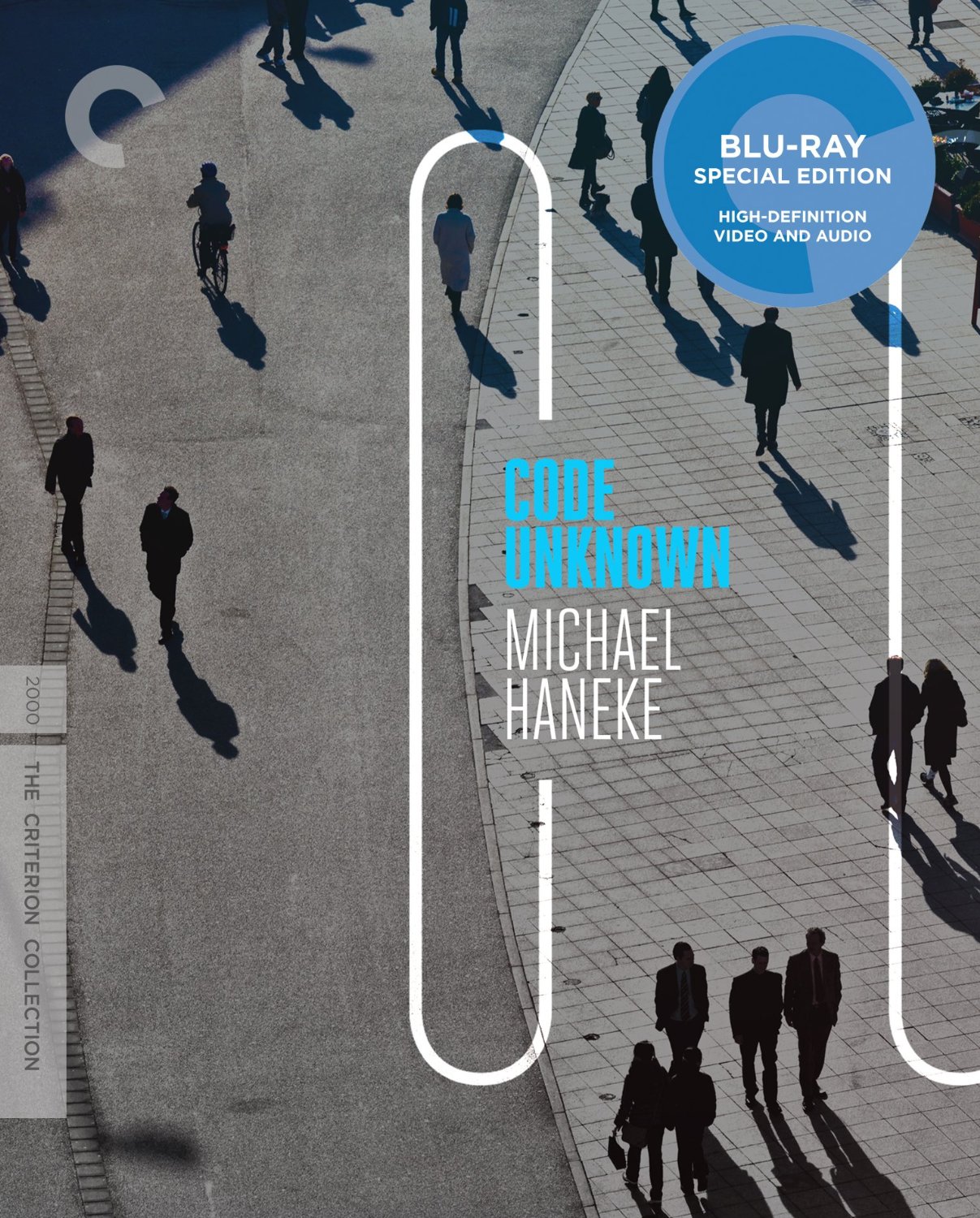 Michael Haneke's induction into the Criterion Collection is a big deal for cinephiles, and appropriately so. One of the most important filmmakers of the last quarter-century, Haneke feels like an auteur tailormade for Criterion's deep analysis, although I've always felt like he was a filmmaker who believed the work speaks for itself, refusing to answer questions about films open to interpretation like "Cache" or "The White Ribbon." In keeping with that suspicion, the interview on the Criterion release for Haneke's 2000 drama "Code Unknown" is more about Haneke's production style than specifics of the film's narrative or thematic purpose. So, you'll learn how loyal he is to storyboards and why he chose the fragmentary structure of the film. As a movie, "Code Unknown" has held up remarkably well, capturing the incongruity of the immigrant experience in ways that still matter today. And Juliette Binoche is one of the best actresses that ever lived. I think Haneke plays a few too many games in "Code" with the film within the film, but it's a work that's always fascinating. 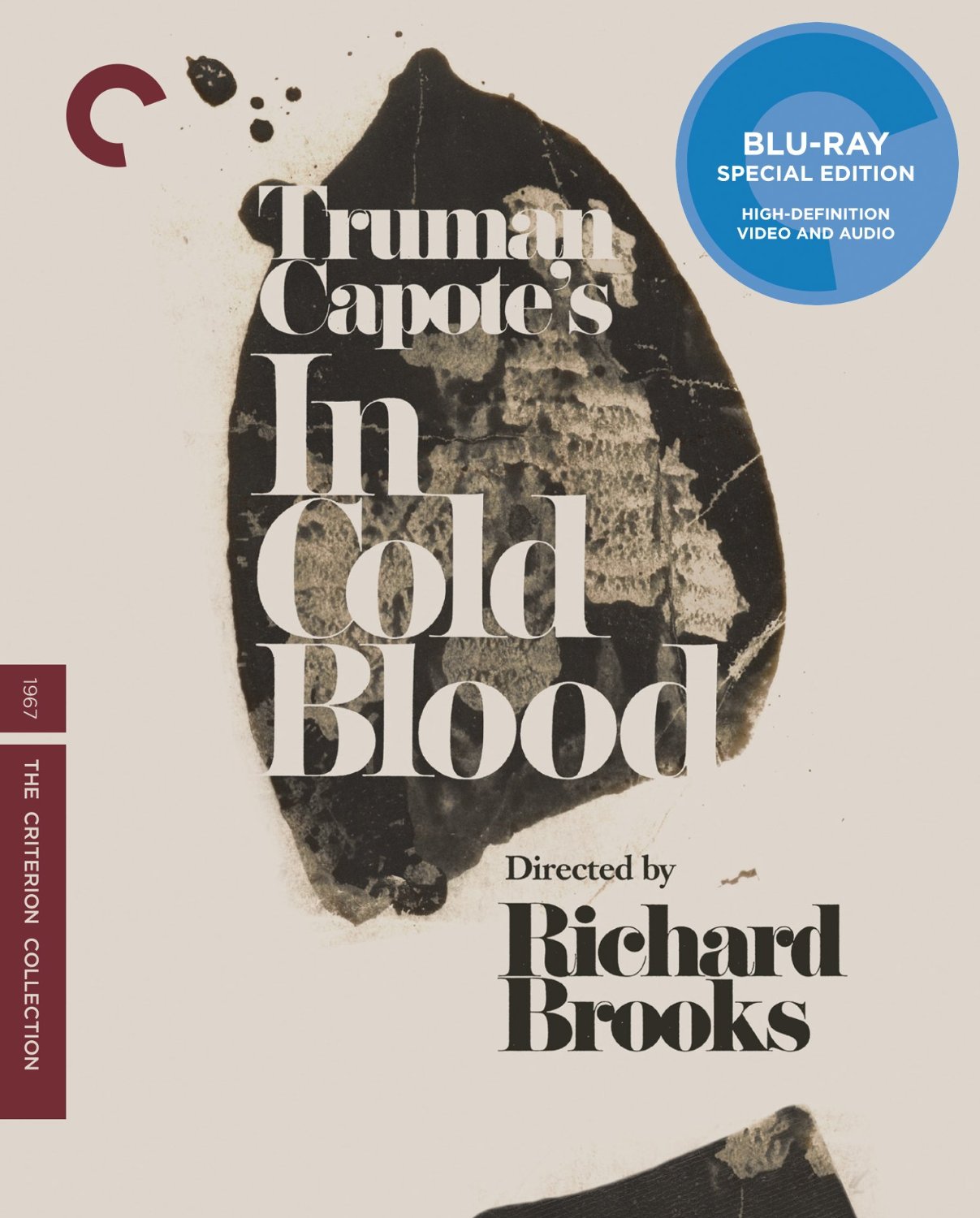 Speaking of fascinating filmmaking, Conrad Hall's black-and-white cinematography on Richard Brooks' adaptation of Truman Capote's "In Cold Blood" is still as breathtaking as the day it came out, especially in a 4k digital restoration that is one of Criterion's best transfers of the year. Hall and Brooks do something amazing in "In Cold Blood" in how they both ground the piece in what really happened, often shooting in the locations that the killers actually visited, but imbuing it with a sense of menace through Hall's unmatched eye. The new interviews on the Criterion release are strong, and focus on different elements of the production. I also found the interview from a 1998 French television series with Brooks interesting, although the Capote special features are really just for diehard Truman fans. Douglass K. Daniel offers the most interesting interview insight into Brooks' process. Let's just say he wasn't easy to work with, although when the result is a film as timelessly powerful as "In Cold Blood," who can blame him? 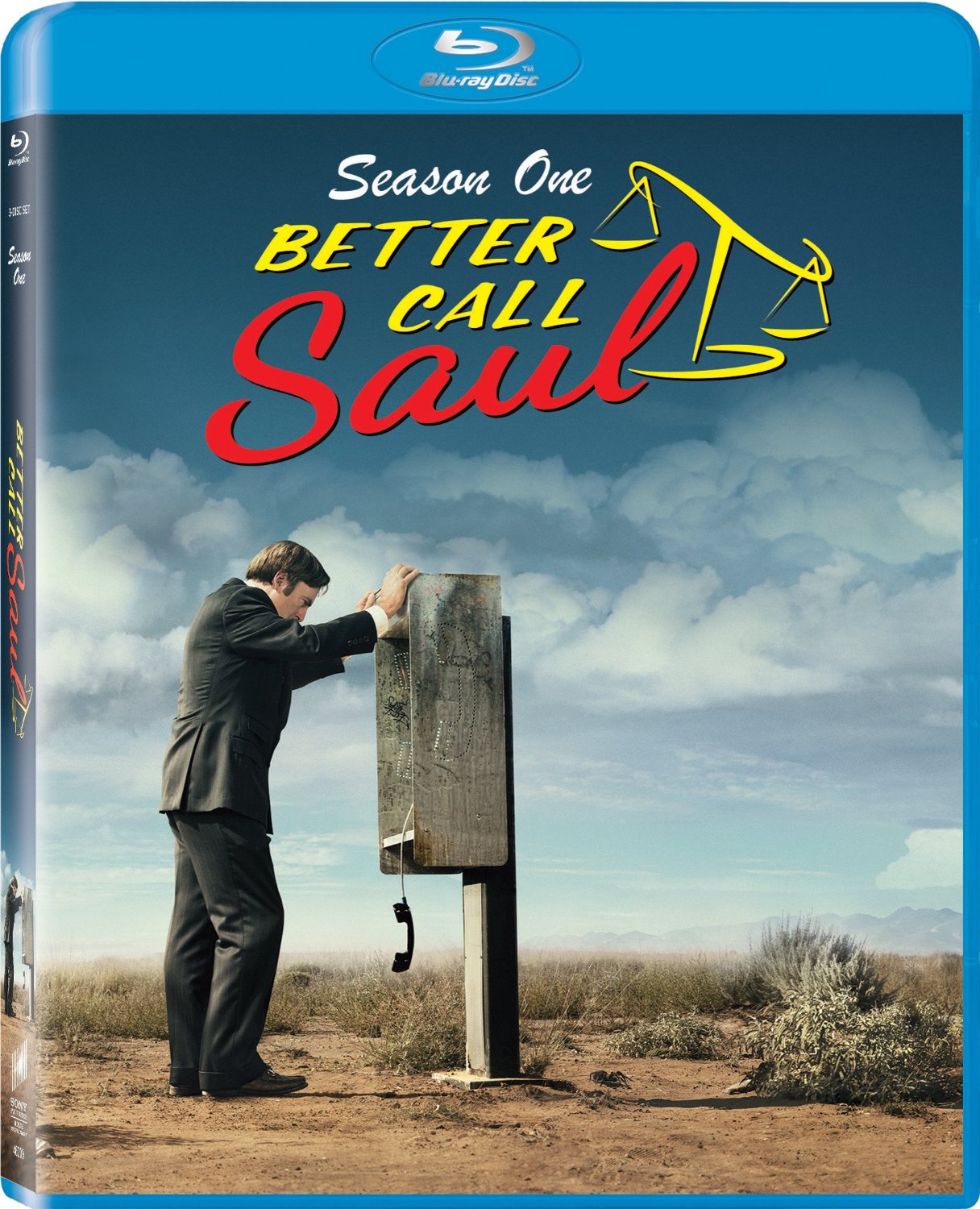 I'll make the decision soon but my pick for the Best Show of 2015 is basically down to three shows: FX's "Fargo," AMC's "Mad Men" and AMC's "Better Call Saul," the first season of which was just released on Blu-ray and DVD in advance of its February 2016 season two. They've done a fantastic job with the Blu-ray release of season one, including uncensored episodes, cast & crew commentaries on every single episode, deleted scenes, and more. It's an amazingly extensive and detailed release for what might be the best show on television. What more could you ask for? Arguably the best show on TV has received arguably the best Blu-ray TV release of the holiday season. 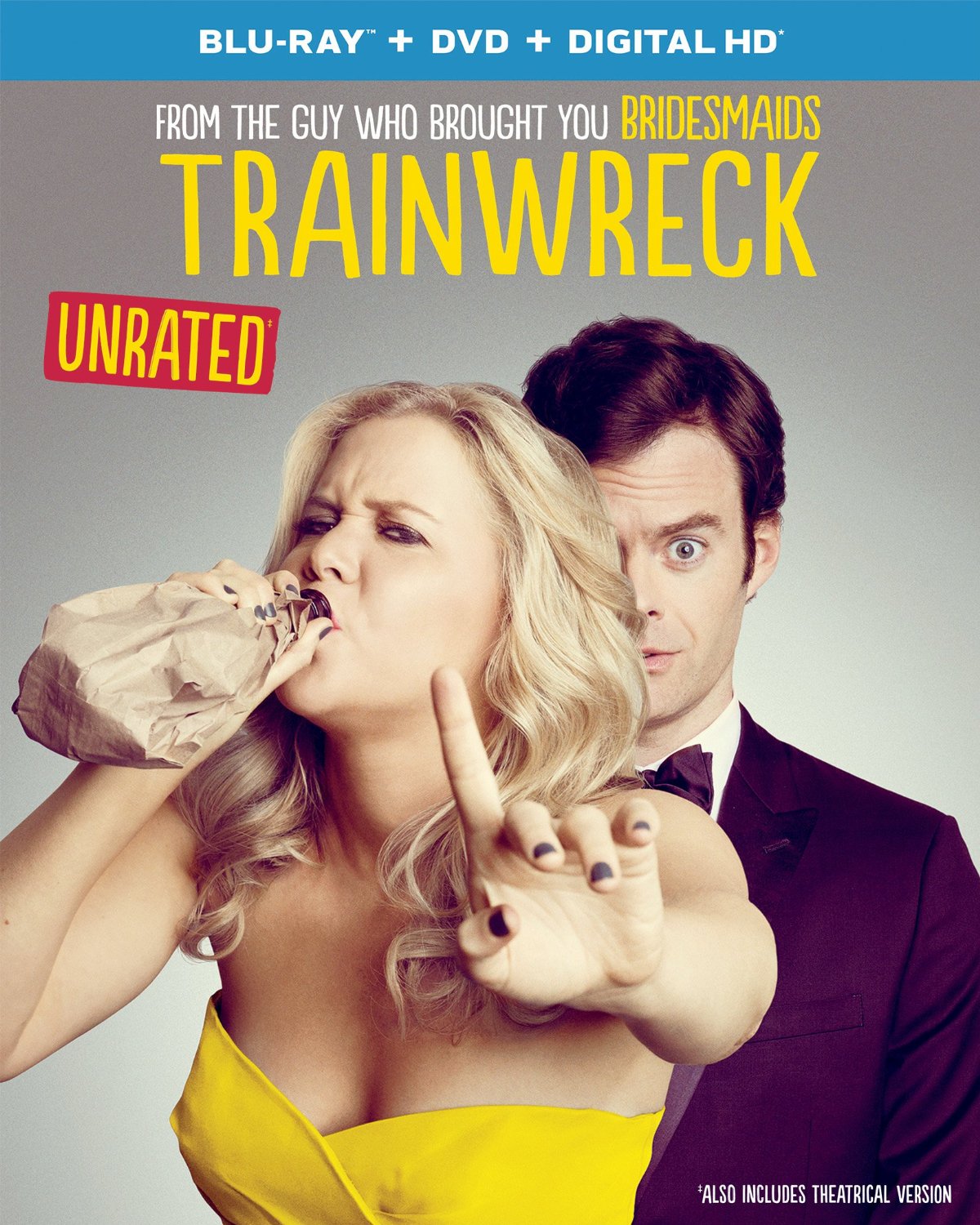 I think Amy Schumer and Judd Apatow's romantic comedy is a tad bit overrated but it's definitely funny enough for a rental on a cold December night. Schumer is great as Amy, a reporter for an awful NYC magazine who has a bit of an issue with monogamy. She's ably supported by her sister (played by Brie Larson) and helps take care of her dad (a surprisingly strong performance by Colin Quinn), but her life turns upside down when a sports doctor (Bill Hader) falls for her. What is basically a predictable rom-com is elevated by a really strong cast. Even LeBron James turns out to have really strong comedic chops. The problem comes, as it often does in Apatow's films, in editing. There's no excuse for "Trainwreck" to be nearly two hours. None. Schumer is a true talent and "Trainwreck" should help take her to another level in terms of opportunities. I don't think this will be her career peak by any stretch. As for the Blu-ray, it's LOADED with special features. 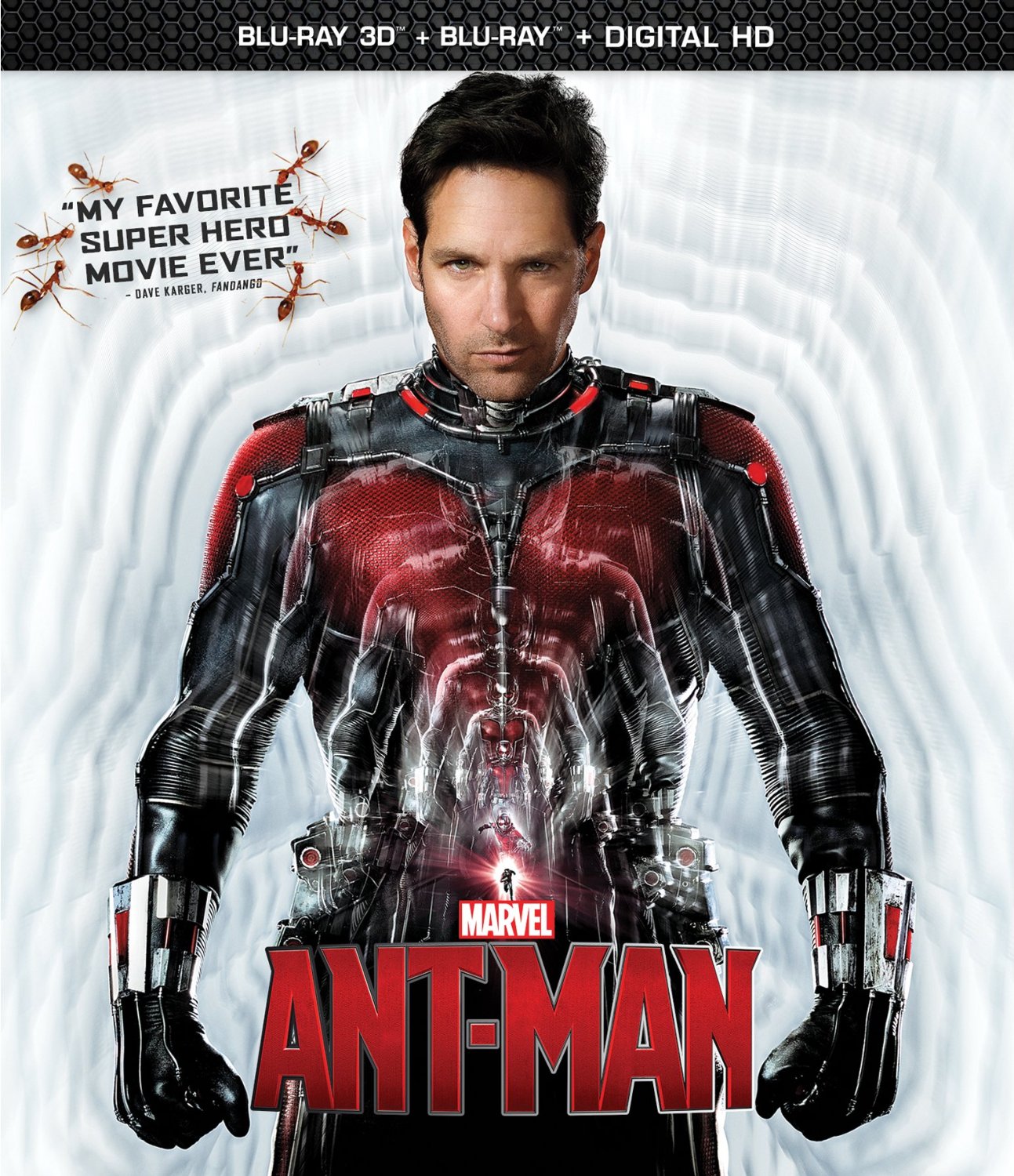 We're making a brief exception for "Ant-Man," a film not out on Blu-ray for a few weeks but available through Disney Movies Anywhere now. Not only can you watch films purchased through DMA through streaming services like Vudu but you get a lot of special features as well, including deleted scenes, a favorite special feature for Marvel fans who want every little bit and piece of the MCU. As for the movie, it's a bit too easy to tell that this one went through multiple creators (Edgar Wright was ditched for Peyton Reed, although the former retains a writing credit) as it's stunningly inconsistent in terms of tone. When it's fun, it's REALLY fun, but Paul Rudd seems a little reined in too often. As does the great Corey Stoll, to be honest. I wanted to see them break free and really go for the quiry action-comedy this should have been. Still, there are enough moments when one can see that film buried underneath the over-production to make it worth a rental, and you can watch it now before it's even available on Blu-ray (or pre-order the physical copy below). 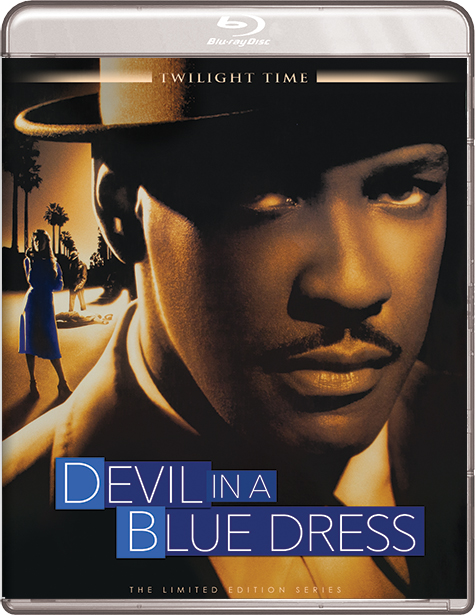 Twilight Time continues to carve their own way in the Blu-ray market, finding films that aren't technically unloved but may have slipped through the cracks of traditional Blu-ray models. One such film is 1995's excellent Carl Franklin drama "Devil in a Blue Dress," which not only contains one of Denzel Washington's best performances but was really the breakthrough for Don Cheadle, who steals the film in only a few scenes. What really elevates the Twilight Time releases are the incredible transfers, and one's reminded here of the great work by Tak Fujimoto, one of the best cinematographers of the '80s and '90s with work on films like "The Silence of the Lambs," "Something Wild," "Singles," "Philadelphia" and "The Sixth Sense." 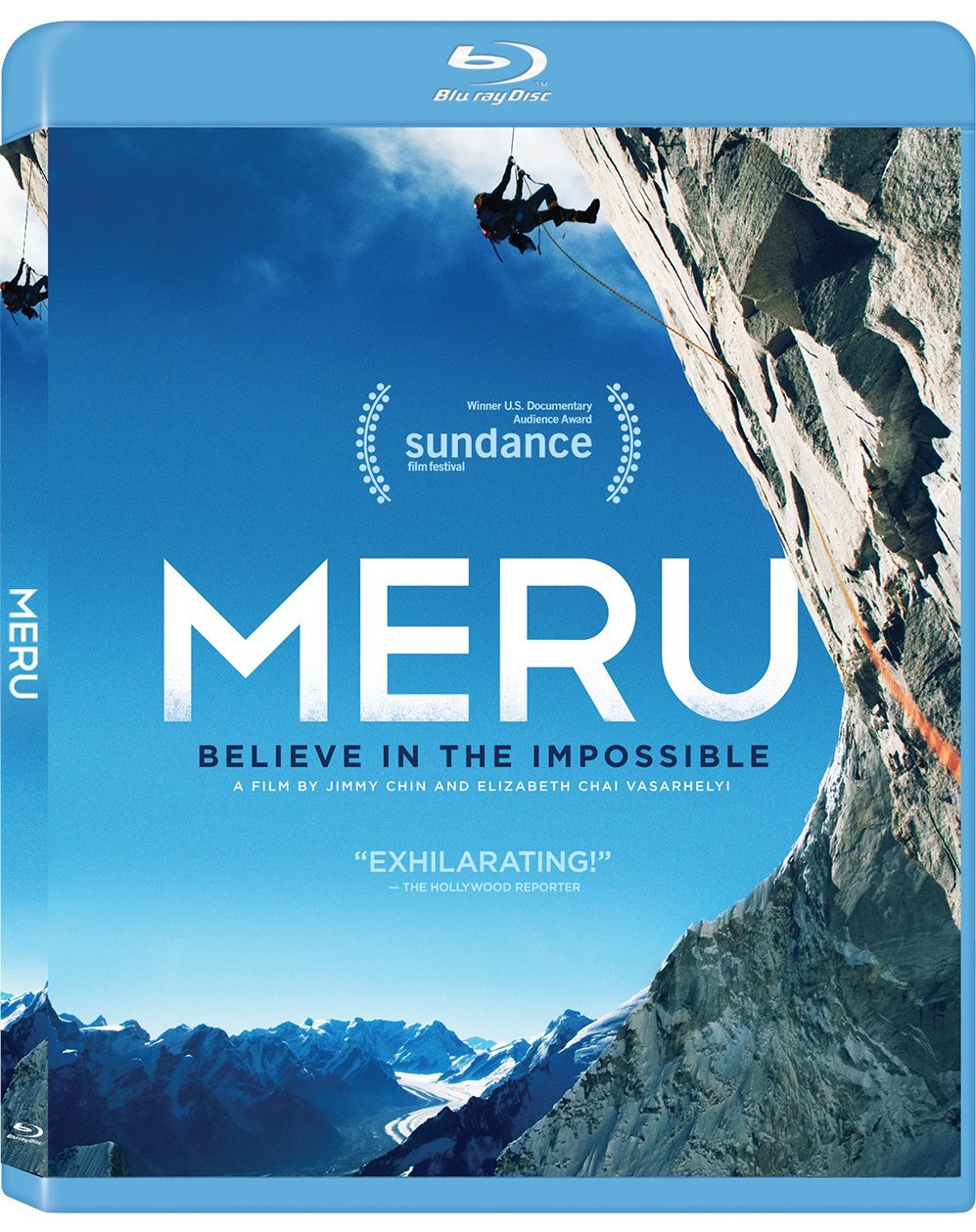 Speaking of great cinematography, the documentary "Meru" is one of the few non-fiction films that I would urge you to see in HD if at all possible. To be fair, you should be watching everything you can in HD in 2015, but what I mean is that "Meru" is a more visually striking documentary than you may be expecting. In fact, the best thing about the film is when it captures what it's like to be on the side of a mountain, a sheer cliff face that really wasn't designed by Mother Nature to be inhabited by humans. Few films this year have the same power to transport you to someplace I can virtually guarantee you that you will never see in real life. 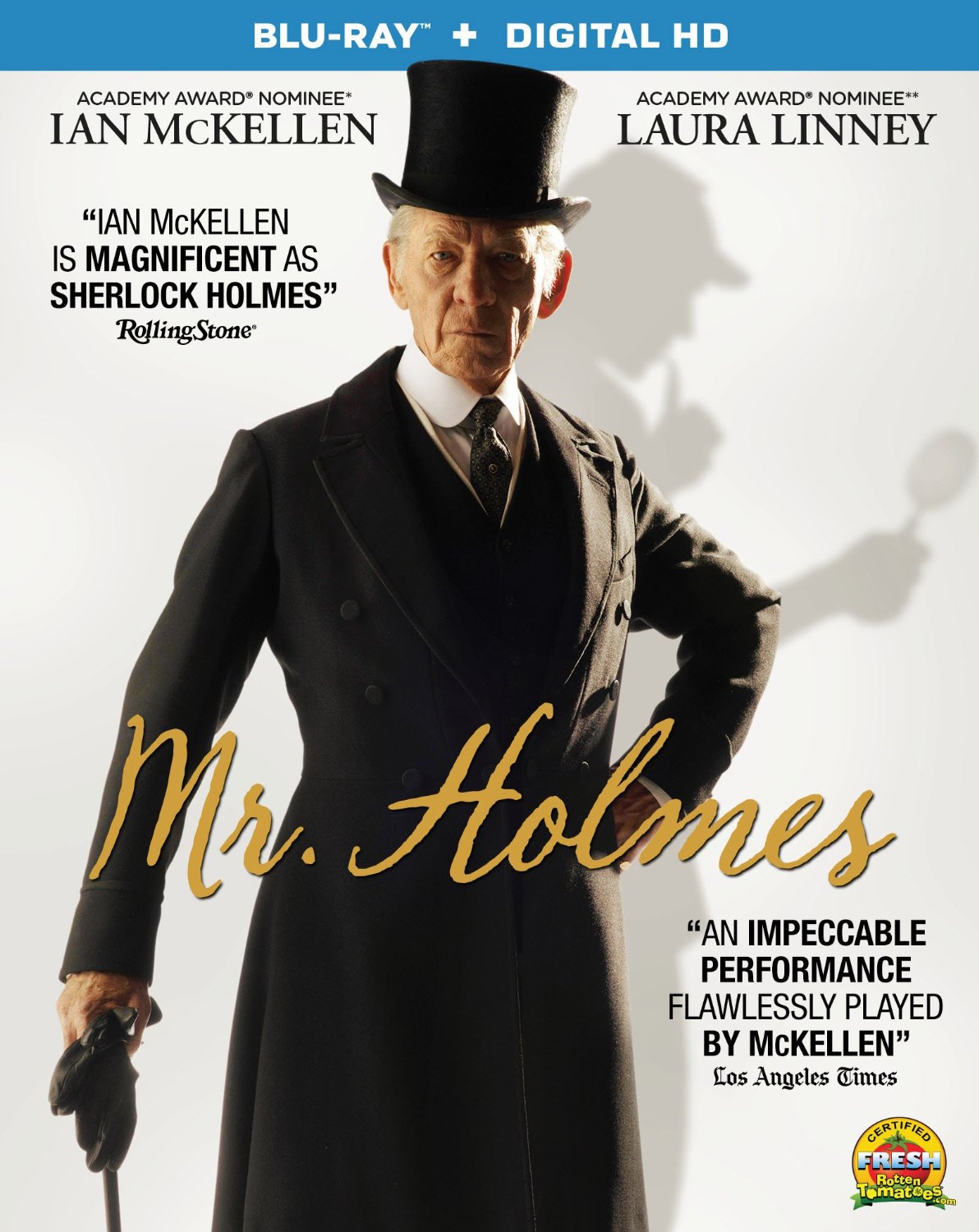 Sir Ian McKellen does typically fantastic work as a very elderly Sherlock Holmes, remembering the final case of his career. Although Bill Condon's film doesn't play out like a mystery as you might expect given the title character's legacy as one of history's most notable crime solvers. This is more a drama about blame and legacy. It's about writing our own stories and how perception and memory can be fluid. There are times when the pace is a bit too languid for the film's good, but McKellen and Laura Linney are always worth watching, investing their characters with subtle grace. 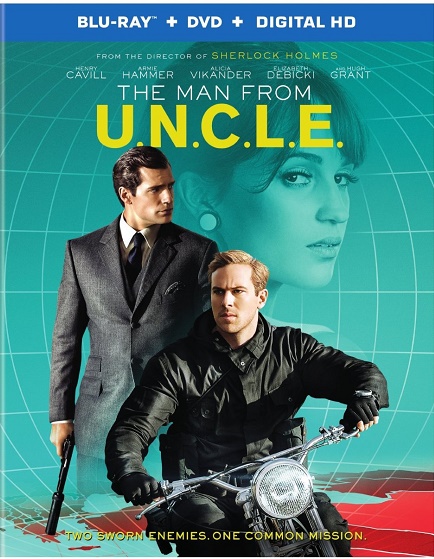 "The Man From UNCLE"

Guy Ritchie's smooth, suave adaptation of the hit TV show has moments of stylish beauty. There are times when it's as slick as it thinks it is. There are more times when it's not. However, you could do worse than this if you're looking for a spy rental. Like I said, it's loaded with style, and the cast is fun, especially Alicia Vikander, arguably the breakthrough star of 2015 with this, "Testament of Youth," "The Danish Girl" and "Ex Machina."

Special Features
The guys from U.N.C.L.E.: A part-making-of, part-travelogue, all-attitude look behind the curtain.
Spyvision: Recreating the '60s Cool: The music, the clothes, the design, the cars... the '60s have always been the coolest era.
A Higher Class of Hero
Metisse Motorcycles: Proper - And Very British
A Man of Extraordinary Talents
U.N.C.L.E.: On-Set Spy