Scheduled a day prior to the Oscars, the Film Independent Spirit Awards exists to honor cinematic achievements often unacknowledged by the Academy. Their nominees are ideally comprised of small-budgeted passion projects fueled by raw artistry, and would hopefully make for a more unpredictable competition. And yet, during this year's ceremony, 9 of the 13 major accolades were given to the Oscar nominees in each respective category. Only the categories without Oscar nominees proved to be the most surprising and satisfying wins of the poorly paced yet generally pleasing telecast.

Tom McCarthy's great "Spotlight," chronicling the efforts of Boston Globe journalists to cover the Catholic Church's sex abuse scandal, emerged as the night's big champion, scoring awards for Best Feature, Best Director, Best Screenplay (Tom McCarthy and Josh Singer), Best Editing (Tom McArdle) and the Robert Altman Award (presented to McCarthy, casting directors Kerry Barden and Paul Schnee, and the ensemble cast). During McCarthy's acceptance speech for Best Director, he asked the real-life Boston Globe journalists in attendance to stand up, and they received a well-deserved ovation. Unfortunately, McArdle was never able to give a speech since the Editing category was cut entirely, despite the fact that only 15 awards were scheduled to be presented during the two-and-a-half hour telecast. Too much screen time was devoted to sketches performed by hosts Kate McKinnon and Kumail Nanjiani, though their clever pre-taped parodies of "Room" and "Carol" earned big laughs from stars Brie Larson and Cate Blanchett. The most egregious moment of the night occurred when director Joshua Oppenheimer was prevented from giving a speech after winning Best Documentary for "The Look of Silence," a film he risked his life to make (the music played him off as soon as his producer, Signe Byrge Sørensen, finished speaking).

Larson won Best Female Lead, as expected, for her powerful work in Lenny Abrahamson's "Room," and made a point of acknowledging her previous film, the amazing "Short Term 12" (a selection at Ebertfest 2014), which caught the attention of Abrahamson. Though "Room" failed to earn a Best Feature nomination, it won two awards (the other given to Emma Donoghue for Best First Screenplay), which is more than can be said for three of the five Feature nominees ("Carol," "Tangerine" and "Anomalisa"). Hungarian filmmaker László Nemes further cemented his Oscar front-runner status by deservedly winning Best International Film for his astonishing feature debut, "Son of Saul." After being helped to the stage, while limping and carrying a cane, "Carol" cinematographer Ed Lachman delivered the most eloquent speech of the night. "I hope this film is a small voice with an echo that says we all have the right to love and be loved," Lachman said.

Of course, the most triumphant moments of the ceremony centered on people residing far off the Oscar radar. Marielle Heller took home the Best First Feature award for "The Diary of a Teenage Girl," her spellbinding exploration of female sexuality and adolescence. Among the people who joined her onstage was executive producer Jorma Taccone, who also happened to be her husband. "When I told him that we had to make this movie before we had a baby, I've never seen someone work so hard to get a movie made," Heller quipped. Best Feature nominee "Beasts of No Nation," Cary Fukunaga's shattering portrait of a child soldier, won prizes for its two stars, Abraham Attah (Best Male Lead) and Idris Elba (Best Supporting Male). Watching the 15-year-old Attah walk to the stage and accept his award was deeply moving, as was observing transgender actor Mya Taylor make history by winning Best Supporting Actress for her performance in Sean Baker's "Tangerine." "There is transgender talent," Taylor said. "There is very beautiful transgender talent, so you better get out there and put it in your next movie." 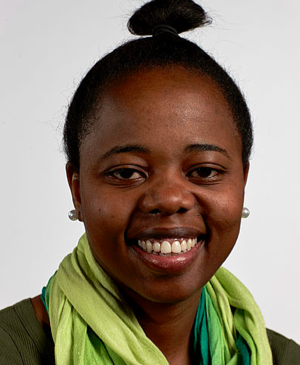 Here's hoping that next year, the telecast devotes less time to sketches and more time to celebrating the artists in attendance, enabling the winners of the following honorary awards to deliver their speeches onstage: the Kiehl's Someone to Watch Award (won by "King Jack" director Felix Thompson), the Truer Than Fiction Award (won by "Incorruptible" director Elizabeth Chai Vasarhelyi) and the Piaget Producers Award (won by "Lamb" producer Mel Eslyn). One person missing entirely from the telecast was producer Sue-Ellen Chitunya, the winner of the Project Involve fellowship, which awards $10,000 to artists from underrepresented communities (it has helped the careers of over 600 Latino, African-American, Asian/Pacific Islander and LGBT filmmakers over its history). Chitunya is a Zimbabwe filmmaker who has produced several short films that have screened at Action on Film, BronzeLens, New Orleans and Atlanta film festivals. She launched 263 Reels, a production company with branches in Zimbabwe and the US, and her current project, "A Hard Place," is about a Zimbabwe father who journeys to neighboring South Africa in order to save his ailing daughter.

Thankfully, the John Cassavetes Award, which is presented to a film made for under $500,000, was handed out before the cameras. Filmmaker Trey Edward Shults won the award for "Krisha," a picture that starred his aunt, and was shot over a nine-day period at his mother's house. Now that's what I call an independent film.