It all could have been painfully mawkish, populated as it is with the kinds of kids who provide inspiration for after-school specials. Instead, "Short Term 12" comes from a place of delicate and truthful understatement, which allows the humanity and decency of its characters—and, yes, the lessons—to shine through naturally.

The film's originality begins with the setting: a foster-care center for at-risk teens whose troubles run the gamut from depression to substance abuse to self-mutilation. Writer-director Destin Daniel Cretton based "Short Term 12" partly on his own experiences working at such a center, and previously made a short film on the subject. In drawing the story out to feature length, Cretton takes an abidingly naturalistic, conversational approach to both the complicated issues these kids face and the no-nonsense way their counselors try to help them.

Chief among them is Brie Larson as the twentysomething Grace, a formerly troubled teen herself who now hopes to serve as a guide for others. Just as the extent of Grace's painful past is revealed to us in deliberate pieces, Larson's performance itself is a revelation. It's a welcome and long-overdue lead role for the actress who's been so engaging in supporting parts in films like "The Spectacular Now" and "Scott Pilgrim vs. The World" and the Showtime series "The United States of Tara." There's a directness about her that's appealing, even here where she's meant to look a little mousy and low-key.

At the film's start, Grace seems to have achieved a comfortable balance between her professional and personal lives. She handles both the mundane routine of the place and the volatile emotional flare-ups with the same sort of cool confidence. She also has a loving, playful relationship with her longtime live-in boyfriend, the shaggy, foulmouthed Mason (played amiably by John Gallagher Jr.), who works alongside her as a supervisor at the center.

But the impending departure of one kid and the arrival of another shake everything up for her. Tough, intense Marcus (Keith Stanfield) is about to turn 18, which means he'll have to leave the home; frightened to make his way on his own, he acts out during these final days instead of facing his future. A profane and deeply felt rap song he wrote details his life of neglect and abuse, and the fact that Cretton presents the performance in one long take adds to its power.

Marcus overlaps briefly with the surly and withdrawn new girl, Jayden (Kaitlyn Dever), who insists her father is coming to get her soon so she refuses to make friends. One of the subtle beauties of "Short Term 12" is the way it intimately depicts how the counselors find ways into these kids' lives and connect with them. For Grace and Jayden, it's through a shared love of drawing. But Jayden also uses her art to reveal the truth about her home life, which stirs secrets within Grace that she'd fought hard for years to suppress.

This upheaval comes at a time when Grace and Mason are trying to create something lasting for themselves: a home and a family of their own. The ambivalence Grace finds herself feeling, and the way that emotional shift shatters Mason, are both believable and heartbreaking.

Cretton shows as much care and kindness with the minutiae of the daily routine—the doling out of meds, searches for contraband and forced recreational activities like Wiffle ball games—as he does with the larger issues that plague these lives in flux. He also infuses his story with unexpected humor as the kids hassle each other—and their supervisors—on the road to healing.

While some of the third-act choices his characters make seem a little extreme compared to the realism that marks the rest of the film, Cretton consistently refrains from employing a tone that's heavy-handed. "Short Term 12" is a small gem in which the uplift feels earned rather than preached. 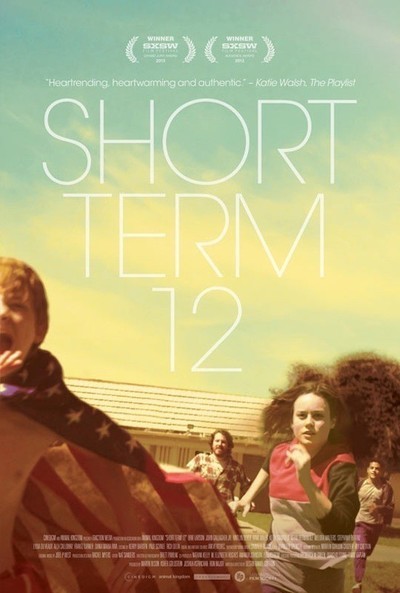