I'm not quite sure what to make of the central relationship in "Lamb," much less how to feel about it, which is surely a big part of the movie's point. Written, directed by and starring Ross Partridge, and based on the same-titled novel by Bonnie Nadzam, this drama often plays like a modern gloss on "Lolita," but shorn of the sexual elements that make Vladimir Nabokov's novel so endlessly controversial. It's a chaste love story of sorts, about a couple of depressed outsiders who find each other: David Lamb (Partridge), a divorced 47-year old Chicagoan reeling from the death of his father (Ron Burkhart), and 11-year old Tommie (Oona Laurence), who has little use for her sullen and neglectful parents (Scoot McNairy and Lindsay Pulsipher), and seems to spend her days wandering around acting wise beyond her years.

From their very first meeting, the film triggers viewer alarm bells about the "grooming" behavior of sexual predators: David spots Tommie hanging out with a couple of friends, gives her a cigarette (which she asked for) and invites her for a ride in his SUV while encouraging her to pretend that he's kidnapped her. David's behavior only becomes more sinister from there: he learns about her cruddy home life and takes her on a trip out of town to visit his father's old country house, staying in hotels with her (in separate beds) and generally acting as if they're father and daughter. At one point David fends off the prying questions of an old family friend (Tom Bower) by claiming Tommie is his former brother-in-law's kid. The second half of the film has the feel of a picaresque narrative, with David leading Tommie on a meandering journey that seems to have more to do with David's own lurching attempts to wrestle his demons (and tempt society to punish him and end his suffering by taking him out of regular daily life) than with anything happening in Tommie's own shabby existence.

At no point does David pressure Tommie with any sexual advances, nor does she seem to to fear any. She's wise beyond her years and there's something very childlike about David (despite the fact that he's a seemingly functioning adult male who's barely holding onto his job and his twenty something girlfriend). At times the relationship echoes the one between Ryan O'Neal and Tatum O'Neal in "Paper Moon," other times the one between Kevin Costner's man-child in "A Perfect World" and the boy he abducts. David has life lessons and insists on imparting them, acting the role of doting and responsible father sometimes, big brother and playmate other times, but he seems largely incapable of summoning anything like gravitas, even though he's definitely the one setting the terms of their relationship. His gently authoritative aura is a form of playacting. He acts like he's in control because his life is circling the bottom of the drain. Only a kid would believe that he knows what he's doing.

It's possible that David sees himself in Tommie—the brief glimpses the film gives us of David's father imply that David never got the nurturing he needed at home, either—but the movie mostly avoids hanging labels on their bond. Sometimes this seems like a matter of good storytelling. Other times it seems like an evasion. Partridge's performance, while technically excellent and quite appealing, creates more issues. The film seems inclined to give David the benefit of the doubt more often than not (at least where his outwardly predatory-seeming behavior is concerned) but if the film's leading man were less conventionally handsome, dashing even, would this still be the case? If the main character were played by Steve Buscemi or Paul Giamatti, would we take the movie at its word when it appears to insist that David's behavior, while inarguably creepy in all sorts of ways, is mitigated by the fact that he's basically a good man, but damaged?

"Lamb" is a sensitive and smart film, and I feel pretty sure that the filmmakers have thought about all this. The way Partridge photographs himself in a suit, often almost silhouetted against cinematographer Nathan M. Miller's wide frames, has an ironic tinge. It makes us think of David as an iconic leading man-type, but this presentation contrasts with his increasingly erratic, ultimately pathetic behavior. He's suffering a breakdown and bringing a young girl to join him on his downward spiral. There is a sense in which the film seems to be teasing our perceptions and encouraging to wonder how a lifetime of movie-watching affects them. At times it seems to be implicitly asking, Why do you give movie characters the benefit of the doubt? and then following that question with, Why do you assume David is a deceptive and predatory person?

The film is clearly the product of intelligent people who believe in the story they're telling, so it might not be fair to say this, but: during long stretches of "Lamb" I did not quite believe in what I was seeing. There's something off, or perhaps curiously evasive, about this story. The photography, sound (by James Weidner and Kelsey Wood) and score (by Daniel Belardinelli) edge towards the dreamlike while staying rooted in the real. And yet the two main characters, perhaps by their very nature, don't feel entirely of this world. And despite the lead actors' superb performances, they remain a bit abstract—too much like constructs from the kind of minimalist, meaning-charged American short stories that tend to get written in graduate writers' workshops than any people you might actually meet. So "Lamb" is empathetic and untrustworthy, haunting but often unpersuasive. In the end it's hard to say what the film's point is. But it lingers in the mind. 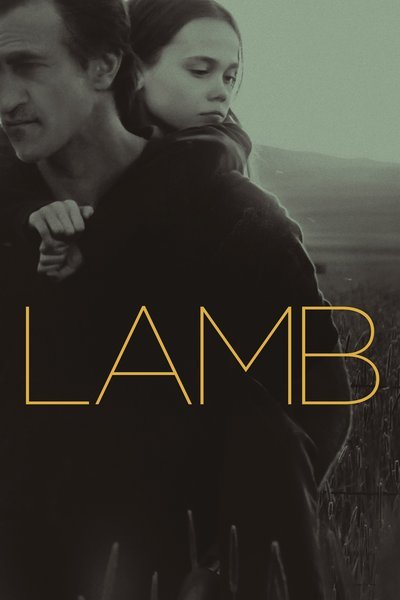