There's everything else happening in America cinema, and then there's whatever Charlie Kaufman is up to.

Ever since 1999's "Being John Malkovich," he has been on a short list of American screenwriters whose work is so original that he must be thought of as an auteur, even though film is supposedly a director's medium. Formidable filmmakers have adapted his scripts, including Spike Jonze ("Malkovich" and "Adaptation") and Michel Gondry ("Eternal Sunshine of the Spotless Mind" and "Human Nature"), but however assured the results, they were still unmistakably Charlie Kaufman movies, speaking their own alternately down-to-earth and elevated language.

Kaufman's mix of mordant humor, broad slapstick, self-aware storytelling devices, and images and language drawn from psychoanalysis, poetry and dreams coalesced even more strongly in his directorial debut, "Synecdoche, New York," about a playwright spending years (or a lifetime?) rehearsing and rewriting a massive production that was about his life but seemed indistinguishable from it. The undercurrents of wonder and despair ran deeper there than in any other Kaufman story, even "Eternal Sunshine."

They course throughout "Anomalisa" as well. The film could be described as a midlife crisis drama with puppets, about a depressed corporate efficiency expert (voiced by David Thewlis) who hears every voice, male or female, as the same voice (Tom Noonan's), and who becomes infatuated with a shy young woman (Jennifer Jason Leigh) who is attending his seminar in Cincinnati, Ohio. "Anomalisa" is based on an "audio play" by Kaufman. It was originally presented as part of a series of such plays, in collaboration with Joel and Ethan Coen and composer Carter Burwell, who has scored movies by both directors, including this one. The actors performed their lines while Burwell conducted a live score and sound effects artists provided background noises. Kaufman co-directed this film version with stop-motion animator Duke Johnson, whose work includes the "Community" episode "Abed's Uncontrollable Christmas." It puts a "visual track" to Kaufman's audio play. The puppets are physically recognizable as "puppets," down to the segmented lines of their "face plates." But they move so realistically and speak so naturalistically (even when they're skipping across the tops of desks, as in the image at the top of this page) that there are times when you may forget that they're not people.

The puppet characters in most other films are more sprightly. They exist mainly to amuse. The characters in "Anomalisa" unsettle. Their plight makes you think about 21st century loneliness, despair and alienation— subjects that would be unpalatable if Kaufman didn't write his characters so compassionately and with such dry humor. Kaufman and Johnson shoot the characters in a carefully considered way, not cutting much, just sort of letting them sit there, and be. There are a few stealthy "long takes" in this film that would be much praised if they appeared in a live-action feature—sequences where the filmmakers simply follow characters as they traverse levels of the hotel, or have sex in a slab-like bed.

It might sound strange to say, but this puppet movie gives you a more accurate sense of what it's like to spend a few days in a nice hotel in a city of bad memories than most live-action films ever do—not that that's necessarily the kind of description that will make people want to rush out and see "Anomalisa." Like so many Kaufman characters, the ones in this movie are struggling, stumbling even, towards what might be a mirage of happiness, while battling both their own social conditioning and pathologies and the bland indifference of the world around them—a world that includes billions of other people who all think they are the stars of their own life-movies, and at times seem deeply frustrated by the fact that they haven't experienced one of those transformative moments that tell moviegoers, "Everything is going to be fine for this character now, don't worry."

Thewlis' Michael Stone is clearly unhappy with his work, his marriage, even his child. He seems disconnected from himself and the world. Not much happens to him in the plot sense. His plane touches down in Cincinnati. He settles into the hotel and orders room service while pacing and smoking a cigarette. He impulsively invites an old flame out for a drink hoping to get lucky, oblivious to the fact that he hurt her so terribly that it's painful for her to be in the same room with him.

Then he becomes smitten with a guest at the conference, a young woman who wears her hair to one side to hide a scar on her face. Her name is Lisa (Leigh), and she's the only character in the film who has her own voice (everyone else is voiced by Tom Noonan, remember). It's love at first sight—or Michael thinks it is. He seems to view Lisa as a redemptive figure, somebody who will pull him out of his existential malaise. But by that point we've spent enough time with Michael to know that he's not the best judge of what he needs. In fact his judgment is consistently terrible, and in typically Kaufman-esque fashion, we move from feeling for Michael and rooting for him to be happy to wondering if he's got some sort of debilitating emotional or mental condition (beyond the titular disorder). Then we progress into thinking about ourselves as much as Michael, contemplating our own fears, weaknesses, blind spots, and repetitive behaviors in relation to a world that barely seems to notice us.

For all its visual audacity and honest feeling, "Anomalisa" is a modest, even slight work, aesthetically sealed off from the same reality it engages. It ends a bit abruptly, just when it seemed to be ramping up towards a more definitive statement of some kind, and the general outlines of Michael's story aren't new. (Middle-Aged, Upper Middle-Class Male Grappling with Despair is pretty much a genre by this point.) But there's so much beauty and sadness in it, and so many exquisitely conceived scenes (including an impromptu musical performance that ranks with Kaufman's greatest moments), that it would be miserly to underrate it. Whether you leave the film ecstatically impressed, indifferent or disappointed, you will know you've seen something unique. Too many movies speak in a boringly typical storytelling voice. This one speaks in a voice as singular as Lisa's. 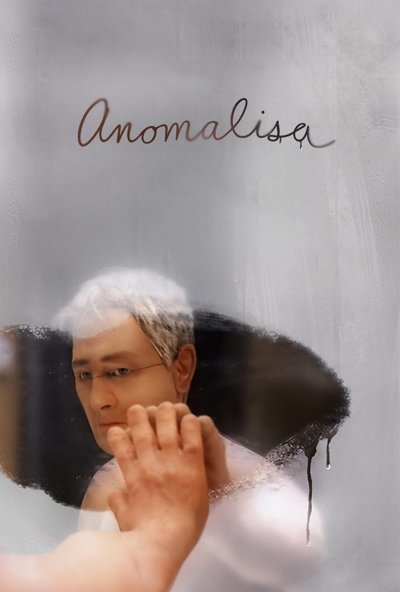 Tom Noonan as Everyone else (voice)