Anyone who tuned in to the Independent Spirit Awards on IFC the night before the Oscars (or really any of the thunder-stealing fifty-something awards presentations all season) got themselves a little preview of the four Oscar-winning actors of the 86th Annual Academy Awards. Matthew McConaughey ("Dallas Buyers Club"), Cate Blanchett ("Blue Jasmine"), Jared Leto ("Dallas Buyers Club") and Lupita Nyong'o ("12 Years a Slave") were all winners at the awards dedicated to honoring that truly indie-drenched spirit. While films like "Short Term 12", "Mud", "Fruitvale Station" and "This is Martin Bonner" got a brief moment to shine, it was many of the Oscar favorites that won and then repeated their good fortune Sunday night. 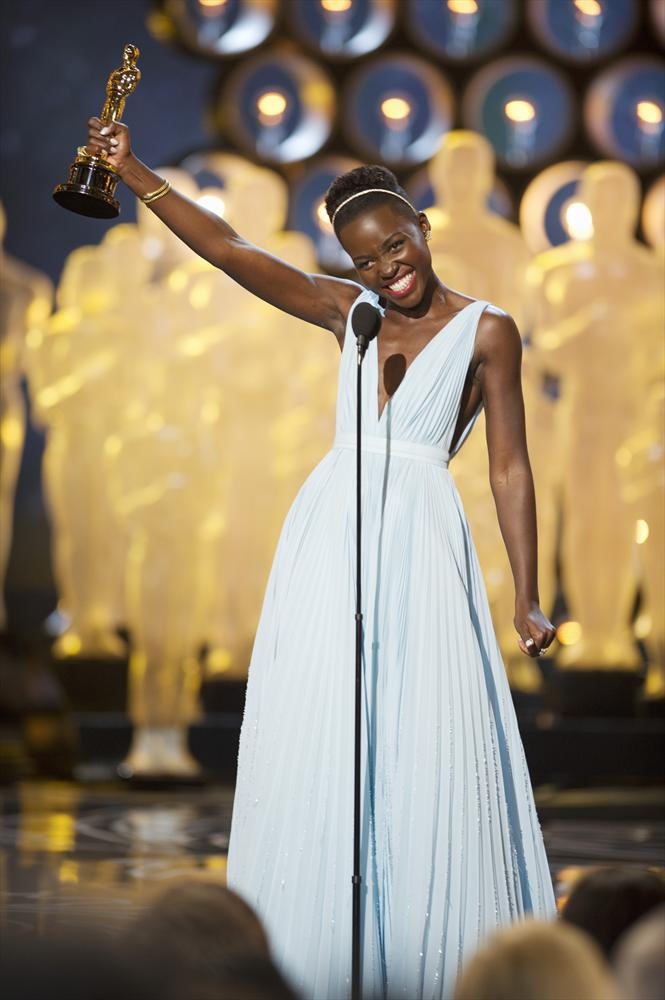 Host Ellen DeGeneres set the mood for the night by foreshadowing two possible scenarios for the end of the night. “Possibility #1 – 12 Years a Slave wins Best Picture. Possibility #2 – you are all racist.” That was about as edgy as Ellen got in an evening full of selfies and passing out pizza to hungry actors. It took an hour and 45 minutes for Steve McQueen’s film to win its first of the night and the wait was worth it for everyone in the audience who gave Miss Nyong’o a standing ovation. That was followed by her heartfelt speech thanking everyone associated with the film and reminding us all that “no matter where you’re from, your dreams are valid.”

The classiest moment was still yet to come as Bill Murray went off script and included Harold Ramis among the names of the Best Cinematography nominees. One had nothing to do with the other but it allowed a personal round of applause for Chicago’s own and put an exclamation point on the oft-referenced rift between himself and Murray. Roger Ebert was honored on a list that reminded us what a difficult year it had been for the industry in terms of loss. But they missed another of Chicago’s fallen treasures when Dennis Farina was left off the list.

Montages were kept to a minimum this year, though were equally baffling in their selection process ("Footloose" in the heroes montage?) But live performances were up including all the nominated songs and a special tribute to the 75th Anniversary of "The Wizard of Oz" by Pink with the descendants of Judy Garland in attendance. No doubt replacing the fifth best song nominee from the unknown “Alone Yet Not Alone” which was disqualified not long after its nominations for campaigning violations. Bette Midler extended the In Memorium (and the telecast) by singing “The Wind Beneath My Wings.” Later on, after John Travolta awkwardly introduced Idina Menzel as Idina Lezim, Robert Lopez completed his EGOT legacy (that’s winning an Emmy, a Grammy, an Oscar and a Tony) by winning Best Original Song for “Let It Go” from "Frozen", which also won Best Animated Feature. 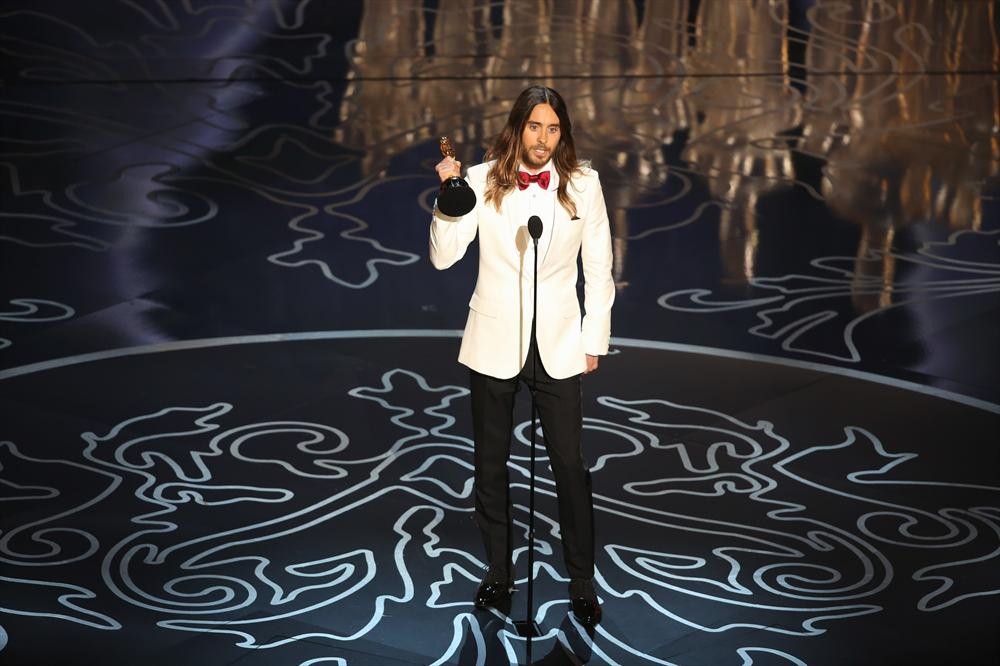 As degrees of separation go, John Ridley, the winner of Best Adapted Screenplay for "12 Years a Slave" also wrote the screenplay for "Three Kings". That film co-starred Spike Jonze who won Best Original Screenplay for his wonderful sci-fi romance, "Her", beating out his "Three Kings" director, David O. Russell for co-writing "American Hustle". Matthew McConaughey and Jared Leto, winners of Best Actor and Best Supporting Actor for "Dallas Buyers Club", both took moments in their well-thought out and lengthy speeches to thank their moms. After winning Best Actress, Cate Blanchett thanked everyone associated with "Blue Jasmine" including Woody Allen, ending weeks of speculation as to whether or not recent accusations would force her to keep silent regarding the man who wrote her character and directed her performance, although the mention was notably brief.

In the end, despite winning seven Oscars including one for Alfonso Cuaron as Best Director, the technical marvel that was "Gravity" lost out Best Picture to "12 Years a Slave". That marked the fifth time since 2000 that Best Picture went to a film other than that year’s Best Director. It had only happened three times between 1980-99. McQueen’s film won a total of three awards, equal to that of "Dallas Buyers Club". "The Great Gatsby" joined "Frozen" as the evening’s other multi-award winner while Best Picture nominees "Captain Phillips", "Philomena" and "The Wolf of Wall Street" all went home empty-handed. As did "American Hustle" which went a staggering 0-for-10. 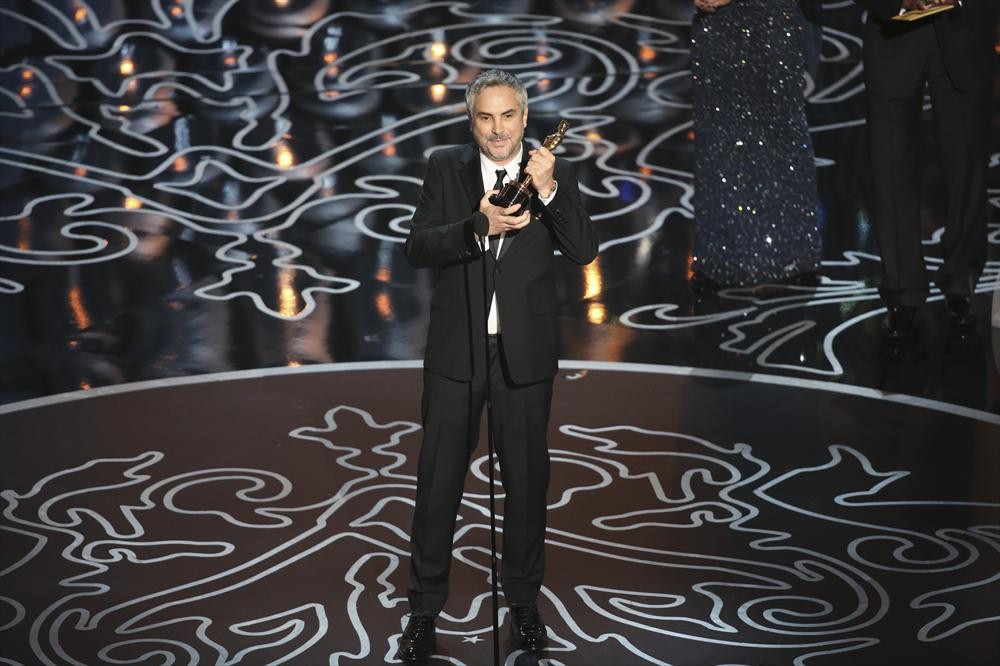 Overall, it was a very unsurprising ceremony. As expected. No overdue victory for Leonardo DiCaprio. Nothing so controversial that it will have pundits and movie lovers crying foul. Those debating which was the better Scorsese film-–"American Hustle" or "The Wolf of Wall Street"–-go home with no bragging rights. The Oscars continue to provoke and delight in equal measure. For every "Gravity" lover, there was someone rooting for "12 Years a Slave". Many would have been fine with either film representing the best of 2013, but the debate will linger on. And if the Oscars are good for something, it is keeping that spirit alive for movie lovers everywhere.