Nick Allen January 21, 2016
Tweet
To properly cover the ten-day span of the Sundance Film Festival, you'd need about a month's time, 50 writers, and no acknowledgement of sleep. With so much to see, so many filmmakers and actors to talk to, and only so much actual time, it's a festival that thrives on not just buzz but hunches and subsequent surprises. Often, the best journeys into the darkness of the festival's theaters are those into the complete unknown.

This year, the RogerEbert.com team is heading back into the wintry fray at full force. With our schedules' sails constantly changing with the gust of one curious title to the next, here's a look at just some of the films we're most excited to hit, the must-see debuts and left-field selections at the top of our to-do list. 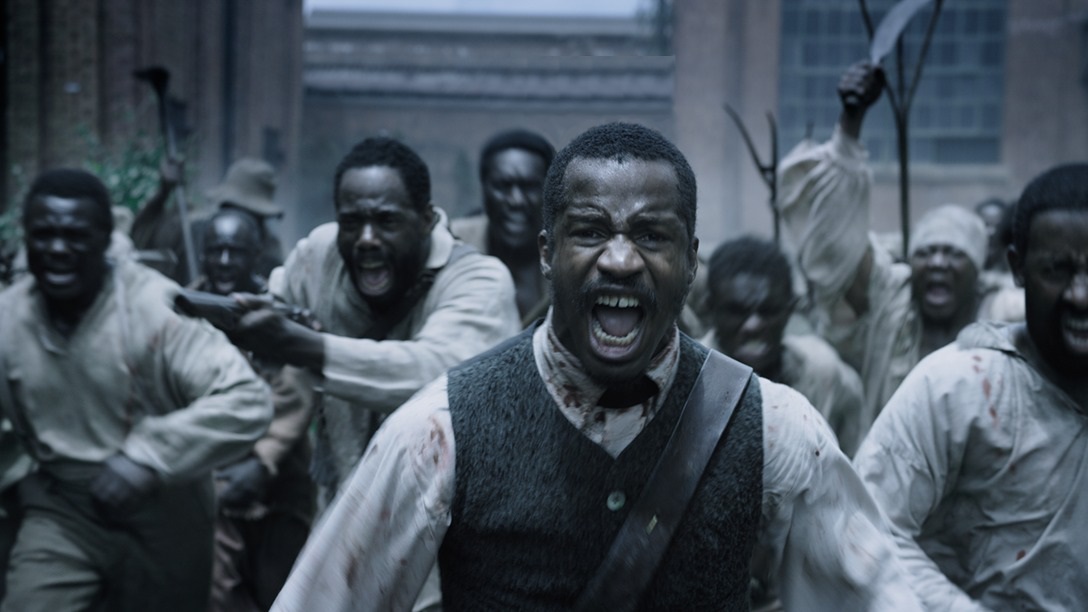 “The Birth of a Nation”: Ever since seeing Nate Parker in Spike Lee's "Red Hook Summer," I’ve been waiting to see a very curious credit on his IMDb filmography—"Director, 'The Birth of a Nation.''" Finally making its world premiere at Park City, Parker's film look as ambitious as the idea of taking the name of D.W. Griffith's racist, classic epic. Parker stars in the film about Nat Turner's leading of a slave rebellion in Virginia in 1831.

“Christine”: One of two films to play the festival based on the life of Christine Chubbuck, this one has a curiosity vote for its involvement of Antonio Campos, a stark filmmaker who hasn’t been in the director's chair since the under-appreciated "Simon Killer." What kind of edge will the disturbing true story of Chubbuck have (as portrayed by Rebecca Hall), especially when produced by the people behind the haunting, cerebral "Martha Marcy May Marlene" and "James White"?

“White Girl”: Writer/director Elizabeth Wood makes her debut with this very intriguing piece about a college girl going through extremes to get back a guy she just met. The charm of Sundance is that such a pitch could lead anywhere, but I’m most excited to see how Wood handles and works with the two terms in her title, and to what way she challenges audiences as a fresh filmmaker. 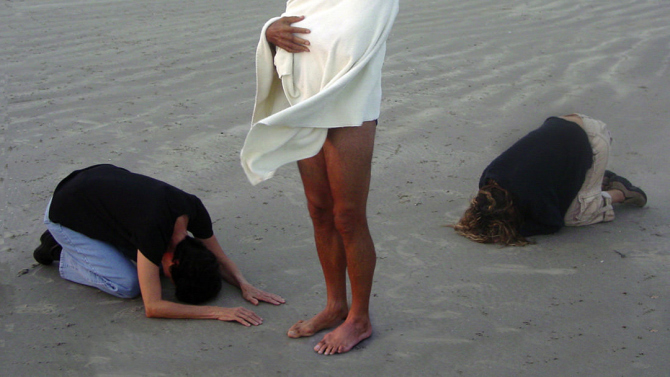 Sixteen world-premiere American documentaries that illuminate the ideas, people, and events that shape the present day.

“Holy Hell”: Director Will Allen withheld his name from this project until a month ago, revealing to Variety that he wanted to finish this project without disruption. Whether this documentation of his time observing a California cult requires such extreme measures or not, the subject matter offers mysteries of its own. This could be one of Sundance's true event films.

“Weiner”: Already set for distribution by Sundance Selects and Showtime Films, this look into the Anthony Weiner mayoral campaign disaster looks to be the next "Client 9," referring to Alex Gibney's doc about Eliot Spitzer (a compliment that comes with a lot of excitement). Purporting to have all-access to Weiner, this project from co-directors Josh Kriegman and Elyse Steinberg has the chance of making more sense of the man and his infamy.

“Audrie & Daisy”: Following the repercussions of bullying as this documentary does seems like an important, but also a dramatically delicate one. Even a 2011 like "Bully" fell-apart story-wise, despite its intentions (and even anticipation placed upon it by a Weinstein Company distribution). But, here's hoping that the larger scope of this film from co-directors Bonni Cohen and Jon Shenk provides the spotlight this subject needs.

“Sand Storm”: Writer/director Elite Zexer makes her debut with this story about two Bedouin women and the paternal figure that controls them. It's an incredibly important gender dynamic to address, and could make for a universally necessary film.

“Wild”: Writer/director Nicolette Krebitz brings to Park City this story about a woman who disconnects herself from the regular bonds of civilization, and ventures out to the wilderness. The premise may have been approached before, but with a Sundance-approval that pretty much guarantees this won't be much like the 2014 Reese Witherspoon vehicle of the same name.

Twelve documentaries by some of the most courageous and extraordinary international filmmakers working today.

“The Lovers and the Despot”: A bizarre story about a filmmaker and wife who are hired to make movies for Kim Jong Il received a book treatment last year, Paul Fischer's "A Kim Jong Il Production," and now gets the documentary treatment. Here's hoping co-directors Ross Adam and Robert Cannan can capture this true moment's bizarre movie magic.

“Tickled”: In one of the more bizarre documentary entries for the festival, a reporter (David Farrier) goes into the underworld of tickling fantasies. Fingers crossed that this project from Farrier and co-director Dylan Reeve is the "Holy Hell" of tickling exposes.

"We Are X": Music documentaries are more popular than one may think, especially about musicians who have a cult-like following, or an under-appreciation in the general history of their art. Director Stephen Kijak's "We Are X," about the decades-old Japanese group that has gone through major changes on its journey to glam rock smells like one of those very special exceptions. Touted cameos from Marilyn Manson and David Lynch certainly have our eyes (and ears) peeled too. 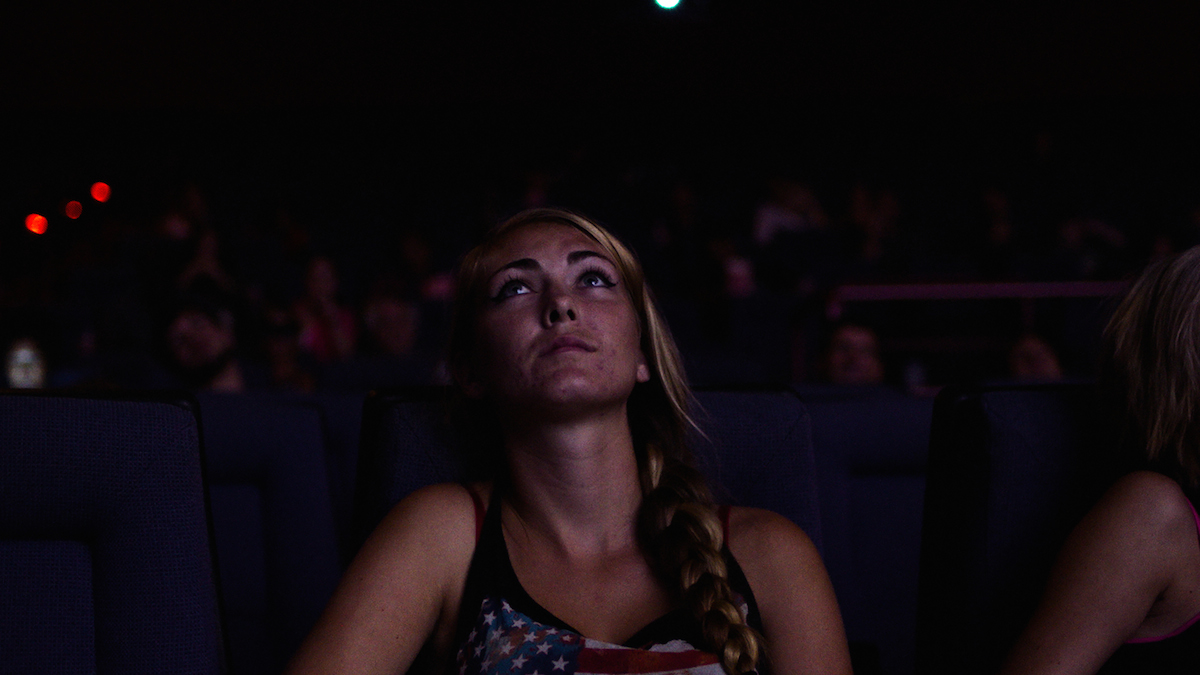 Pure, bold works distinguished by an innovative, forward-thinking approach to storytelling populate this program. Digital technology paired with unfettered creativity promises that the films in this section will shape a “greater” next wave in American cinema. Last year, this section spawned the likes of “Tangerine” and “Entertainment.” Presented by Adobe.

“Dark Night”: Tim Sutton achieved a unique, ethereal grasp on low-key life in the suburbs with his 2012 SXSW gem "Pavilion." Should any one take on a somber logline that seems to echo tragic events in a movie theater, he’s a very interesting pick.

“How to Tell You’re a Douchebag”: Another title from Sundance like “White Girl” that seems like a provocation, but also could be the evidence of a special declaration. There’s a nice thrill within a name like this—what could the movie so abrasively say about the subject, and will it even justify using the testy word “douchebag” in its titie? I look forward to seeing what writer/director Tahir Jetter has to say about the subject, and to what awareness he does and doesn’t have about douchebags.

"The Land" - Erykah Badu co-stars (and Nas produces) this story about a group of skateboarding friends who fall under the lure of a drug queenpin. Programming this type of narrative under "Next" only means that the filmmaking may be as unexpected as this script from writer/director Steven Caple Jr.. 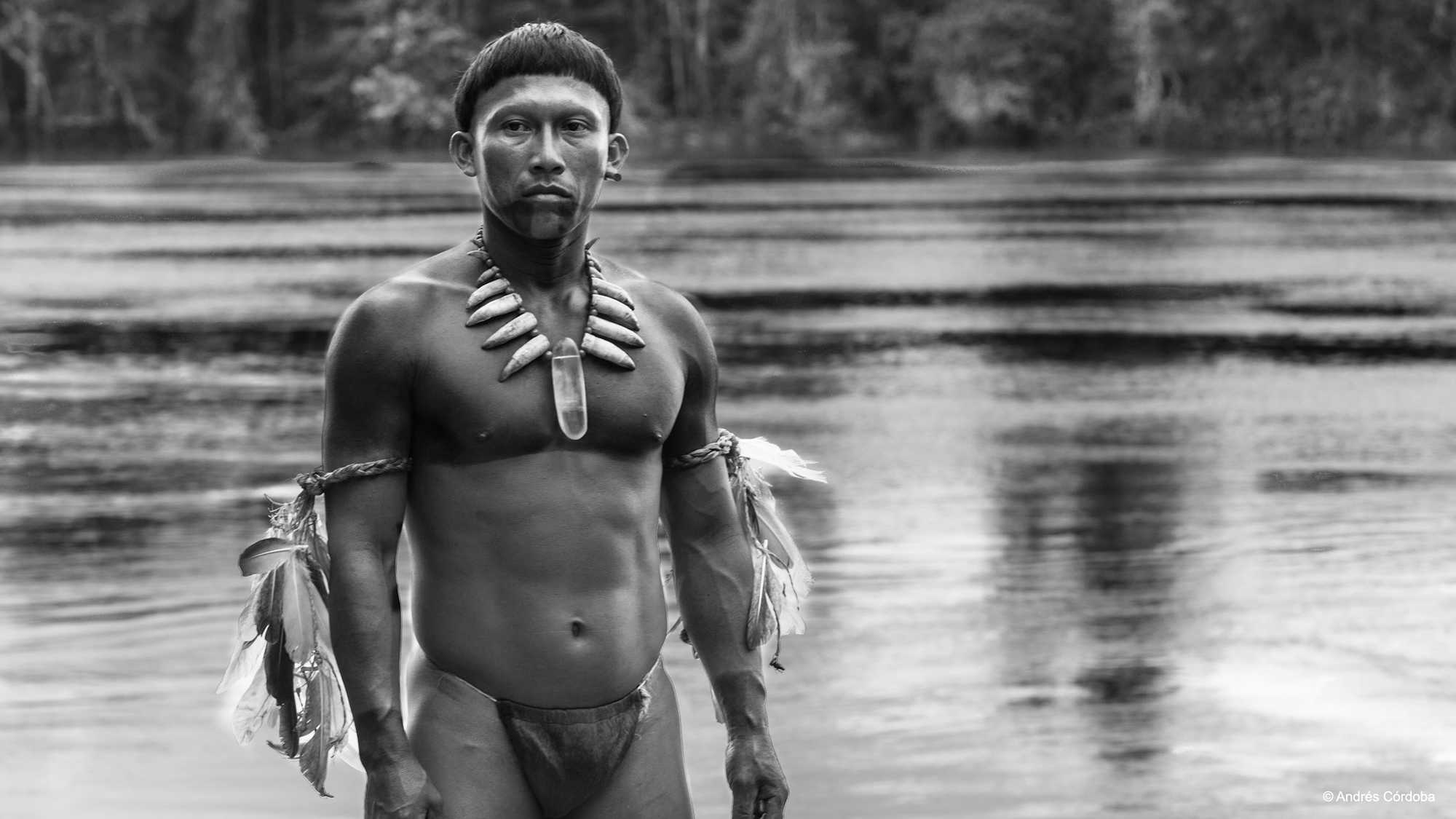 Regardless of where these films have played throughout the world, the Spotlight program is a tribute to the cinema we love.

“Embrace of the Serpent”: Another elusive title from previous 2015 fests, Ciro Guerra's narrative now comes to Sundance with an fresh Oscar nomination for Best Foreign Language Film. For those keeping track, that also makes this film about the quest for an Amazonian healing plant Colombia's first Oscar-nominated submission.

“Miles Ahead”: Don Cheadle's long-labored Miles Davis movie world premiered at the New York Film Fest last year, and now makes a stop at Sundance before a release in a few months. When our own Scout Tafoya saw the film during its debut, he stated that "Cheadle's directed a movie he believes in, and you can feel it in every image."

“Rams”: This Icelandic farmer tale has traveled all the way from Cannes to Telluride to Chicago and now is appearing at Sundance a couple weeks before its main release. With that type of journey, there has to be something genuine and special about this particular fest favorite (written and directed by Grimur Hakonarson) to have it keep popping up.

From horror flicks to comedies to works that defy any genre, these unruly films will keep you edge-seated and wide awake.

“The Blackout Experiments”: An “otherworldly narrative-driven documentary” that sounds like this year’s “The Nightmare,” this film from Rich Fox explores people after they’ve had an interactive experience that is meant to stir them physically and to their very core. Consider any documentary that makes it to the Midnight program worth a special look, especially in its use of reality to touch upon horror that's stranger than fiction.

“Trash Fire”: The latest from director Richard Bates, about a couple falling apart, feels like a dark comedy about relationships, making its placement in the Midnight program ever more curious. What could qualify a film as both?

“Under the Shadow”: This entry about an Iranian woman haunted by evil spirits has the lure of becoming the “The Babadook” of 2016. Either way, here’s hoping that writer/director Babak Anvari's story brings a fresh angle to supernatural horror, in the way that Sundance’s Midnight choices can do best. 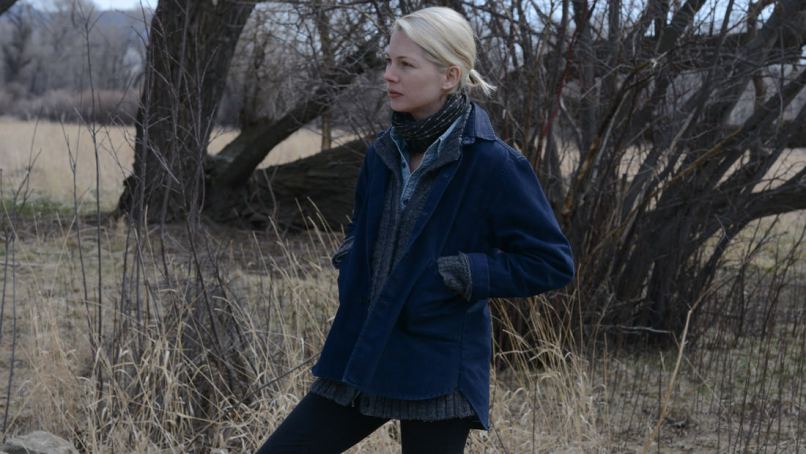 A showcase of world premieres of some of the most highly anticipated narrative films of the coming year.

“Certain Women”: Kelly Reichardt returns to Sundance with a film that boasts three great leading actresses—Laura Dern, Michelle Williams and Kristen Stewart—and even a Todd Haynes executive-producing credit. This story about women whose lives intersect across Montana only needs its talents to guarantee it as a must-see. Those attending the fest this year are also able to see Reichardt’s early feature “River of Grass,” which will be presented in restoration during the fest.

“Hunt for the Wilderpeople”: Before venturing off to the Marvel Cinematic Universe to helm “Thor: Ragnarok,” New Zealand-born director Taika Waititi brings to Sundance a very intriguing comedy about a city boy removed to the countryside. Before his previous film “What We Do in the Shadows,” Waititi displayed great charm with “Boy,” and this sounds to be in the same spiritual vein. That Sam Neill appears in this film as well makes it even more intriguing.

“Wiener-Dog”: Writer/director Todd Solondz is one of those filmmakers who deserves no-problem funding for the wholly unique projects he orchestrates. He wouldn’t make a film unless he really wanted to, and his take on storytelling, and the cultural outsiders he fills them with, will always let viewers occupy an unusual headspace. So, when Solondz teams up with cinephilia hero producer Megan Ellison (while still working with legendary producer Christine Vachon), while making a somewhat sequel to “Welcome to the Dollhouse,” one can bet it’s a must-see for Sundance, a festival that has always had a place in its heart for him. The added on-screen presence of Greta Gerwig, Danny DeVito, Zosia Mamet, Ellen Burstyn and more is a treat. 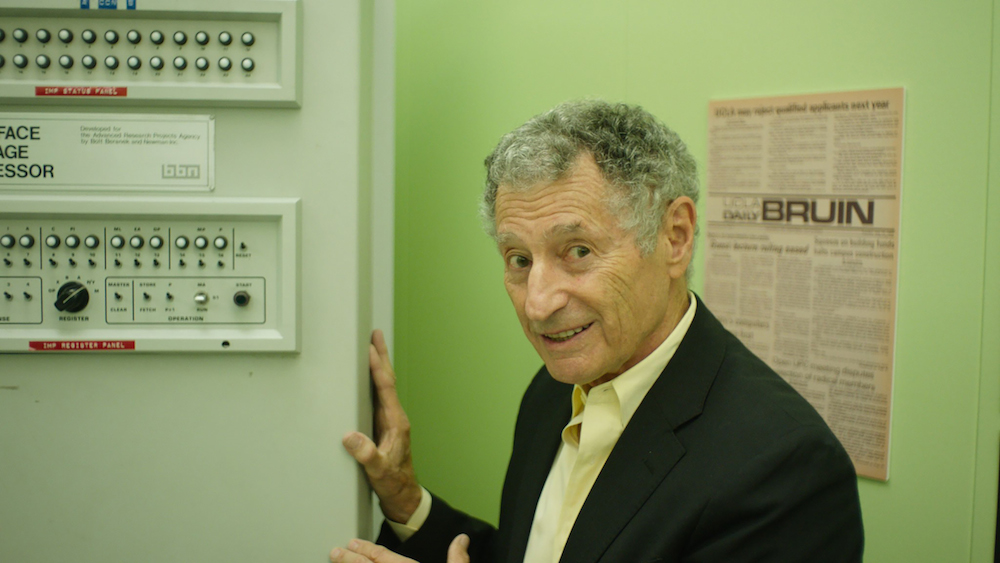 Renowned filmmakers and films about far-reaching subjects comprise this section highlighting our ongoing commitment to documentaries. Each is a world premiere.

“LO AND BEHOLD Reveries of the Connected World”: Werner Herzog has directed a movie about the internet. That should be enough to get the project seen at Sundance, picked up by a great distributor, and seen by everyone in the world. Whether he derives truth or ecstatic truth from the life-changing invention, those who get a first-peek at this Sundance entry will be witnessing some type of breakthrough.

“Michael Jackson’s Journey from Motown to Off the Wall”: Spike Lee’s previous documentary about Jackson (“Bad 25”) was a vigorous look into the "Bad" record, motivated by charismatic talking head interviews and a track-by-track examination of the Jackson album that followed “Thriller.” Even if Lee keeps to this form for his second Jackson documentary, it could prove another highly entertaining look into the art of a pop phenomenon.

“Under the Gun”: Stephanie Soechtig’s previous documentary, “Fed Up" successfully changed the way I think about food. Now that she’s taking on the gun control debate with this project also produced by Katie Couric, I’m extremely curious as to what new aspects she covers within the issue, and if the documentary becomes either an ally or foe for those who have been yearning for gun control long before Michael Moore had to make “Bowling for Columbine" in 2002.