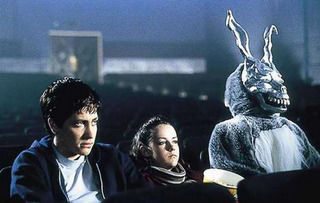 Yes it is, I'm afraid. Or almost. Good grief, I know, it's not even Thanksgiving yet and they've already got the festive "Best Of" decorations up in the stores! And I know lots of critics who've been told by their editors to start working on their big '00s lists -- so, reluctantly, I've begun to ponder mine, as well. I haven't even taken a first stab at it but I can tell you this: It will probably not resemble the Top 100 list published a few days ago in the Times of London. Oh, sure, I can conceive of putting together some kind of list that includes "Crash" (#98), "Bowling for Columbine" (#77), "The Diving Bell and the Butterfly" (#28), "Slumdog Millionaire" (#6) and the like -- but such a ranking would not be comprised of movies that I hold in high esteem. (Have any of the decades' movies plummeted in reputation more dramatically than "Columbine" and "Crash"?)

If you want to page through the Times' list, you can go ahead and start here. It's not all so bad. Meanwhile, here are the top 20 -- with links to things I've written about some of the titles:

PLUS: The Telegraph's "Decade-defining" 100 list here. ("Fahrenheit 9/11" is their top pick, followed by "Brokeback Mountain," "The Incredibles," "There Will Be Blood," "LOTR: Fellowship of the Ring," "Memento," "Borat," "Amores Perros," "The Passion of the Christ," "Slumdog Millionaire"...)

Next Article: Hey, Mr. Fox: Who's the audience? Who cares? Previous Article: Rescued, reposted: Best films of 2007: The movie

Hey, Mr. Fox: Who's the audience? Who cares?