The great André Holland has already worked with Spike Lee ("Miracle at St. Anna"), Ava DuVernay ("Selma") and Steven Soderbergh (Cinemax's TV series "The Knick") before appearing in the most critically acclaimed film of 2016, Barry Jenkins’ “Moonlight.” Holland plays the adult version of Kevin, someone who our protagonist, Black (Trevante Rhodes), reaches out to in the final act of the film. Holland is a fascinating actor, and he recently sat down with us to talk about working on “The Knick,” masculinity, craft and diversity.

What did you take away from “The Knick”? How did it change you as an actor?

Confidence, I would say. Working with Soderbergh is like trial by fire. He’s a guy who really trusts the people he hires, trusts his actors. We rehearse and rehearse and it often starts with ‘What do you guys want to do?’ And we have to present how we think the scene should work. Work from there. He very much is hands-off. So, confidence. I learned how to make my own choices and be ready to go.

Collaboration. And preparation. He goes so fast. He works so fast. He’s not one of those guys where you come in and you kinda know your lines. You’ll be embarrassed.

How much more than your lines do you know? Naomie and I just spoke about backstory. How much of that do you do for “The Knick” or “Moonlight”?

A lot of it. My favorite acting teacher was this guy named Ron Van Lieu. He used to say that acting was about revealing what you know. I would say that’s true. There are moments that come along in a scene where something surprising happens and if you allow yourself to be surprised what you’ll reveal is something that you know. It will either be something that you know as André, or, if you put the right things into you about the time period and the person you’re playing, you might reveal something about that person that even surprises you. So, I do a lot of research, especially when it comes to something like “The Knick.” I do a lot of research about the time period. Wardrobe. Politics. I’m a bit voracious in that way.

You said sometimes you reveal something about yourself—so what does this performance in “Moonlight” reveal about you?

I think there’s a lot of me in it. There’s a temptation as an actor to try and put something on. You want something to hide it. In a part like this, I felt strongly that the more of myself I could bring to it the better it would be. It sounds like a small thing. A lot of people who aren’t actors won’t understand what I’m talking about. People see the flashy stuff. He’s got this going on. He’s got this limp or this way of speaking. They think that’s what character is. Sometimes character is a process of elimination. You eliminate things until you get down to the essence of it. And the essence is often something within you. And that’s what was important to me. When I look at Trevante, André is looking at Trevante. When I’m playing those scenes where they’re supposed to be intimate, André is finding something really sexy about Trevante.

You have to believe it.

Is that something new? It sounds like it’s something you’re developing as an actor.

Yeah. Yeah. It’s something that I always worked on but the parts that I’ve played until now have been mostly period, so there are these different manners. In this case, I didn’t want to hide behind anything. I just wanted to be me.

It requires a lot of trust in [director Barry Jenkins] to be vulnerable. How does he encourage that?

That’s crazy. Does the quick shoot arguably add pressure that makes it better? If you had 50 days, might it have been a lesser film?

Barry would probably disagree. He’d probably want more time. But once you know what the task is, you rise to it. It doesn’t really matter to me. 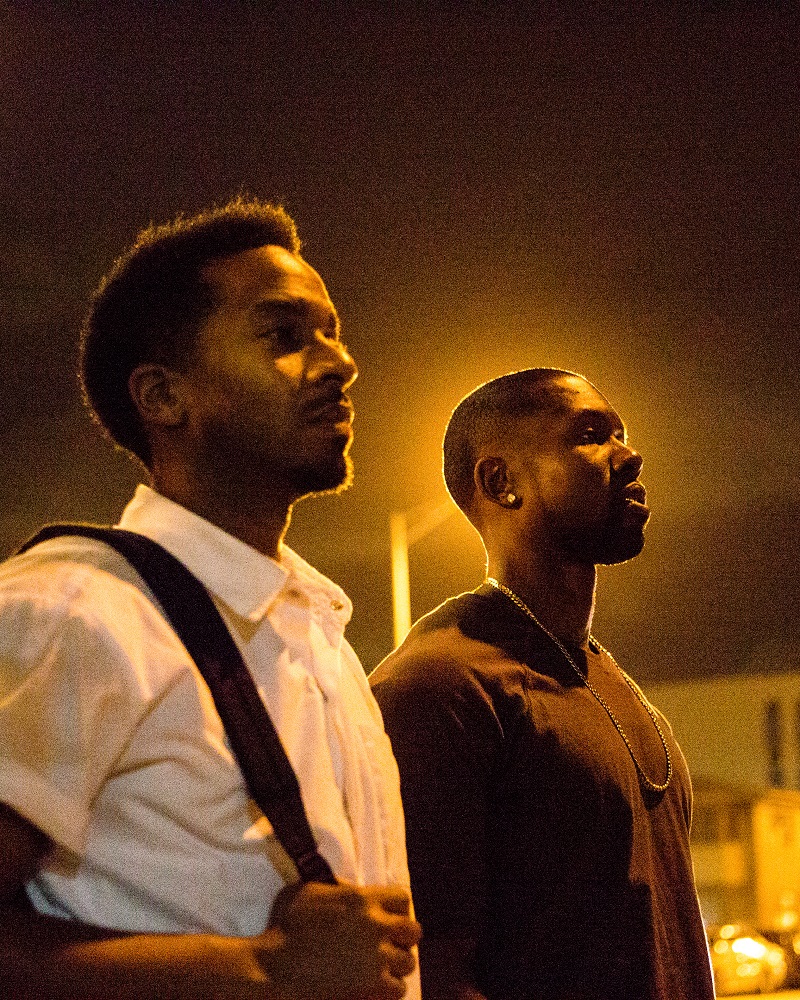 What attracted you to that task?

["Moonlight" co-writer] Tarell McCraney and I go back a long way. I’ve done a bunch of his shows. He’s my favorite playwright. Him being a part of it. And I’ve been a big fan of Barry’s since his first movie. And the fact that these characters felt real to me. I felt like I knew these people.

You have a lot of stage experience and we already talked TV. How does that make you a different actor—doing all three in film, theatre and TV?

I don’t know, man. I like that I can do all three. In some ways, I think that it confuses people. Maybe I’m wrong about that but I feel like people don’t know where this guy’s at, what he’s doing …

It’s changing though. There used to be "TV Actors."

We all know that changed. Is there one you like more?

I like ‘em all for different reasons. Theatre, because of the immediacy and the responsibility of carrying your corner of the play. I like that. Film, because it’s exciting that you get to go off to these new places and parachute in and meet a whole bunch of new people and you’re telling a story together with almost no rehearsal. That’s a fun “summer camp” experience. And then TV as well. To me, “The Knick” lands somewhere between film and theatre because you get to live with the character over a long period of time but under one director.

It also has the visual language of film.

Totally. So, so cinematic.

You’ve said some interesting things in other interviews about what “Moonlight” says about masculinity. How do you think that word has changed in the last 10, 20 years, especially in terms of black masculinity?

I don’t know if the word itself has changed but maybe our relationship to it is changing. I think that maybe we’ve taken for granted that … Look, as a black man, I’ve always felt that we had to negotiate this very fine line. We’re brought up to be tough. Don’t cry. Man up. That stuff. But then you step out into the street and the world tells you, ‘Well, don’t be too tough’ because we’ve seen again and again that has very real ramifications. I think black men often get caught in this middle place. And then there’s all these expectations that get put on us about who we should be with, who we shouldn’t be with, what we should be doing. I think that this movie challenges a lot of those ideas. It shows us that there are a number of ways for a man to be a man. And it also shows that it’s possible for men to change and become different men. Between story two and story three, [Chiron] goes from being this hyper-masculine guy to being a guy trying to live a more authentic life. More vulnerable life.

I find that aspect fascinating. When we see him and he’s got the grill and the new tough name.

All the masks, man.

And Barry and [co-writer Tarell McCraney] lets us fill in how he got there between chapters.

Do they fill it in for you? Is there discussion about where these characters have been between episodes?

But you don’t discuss it with anybody.

Nope. That’s my own stuff.

I’m interested in the idea that this is an “important” movie, especially now. Is that something that you look for in your roles? What’s most important to you?

I want it to be challenging to me. I also want it to be with people that I admire and I respect. And I want it to have some sort of resonance to today. That’s the theatre in me. I did a lot of Shakespeare and the problem I always had with Shakespeare was people would do it in this way that felt so far removed. I was in school and I was told that to do Shakespeare you have to drop your accent. You have to have this Mid-Atlantic sound. Standard American they call it. And I always thought, ‘I’m a standard American and so is my grandmother. She don’t sound like this. Why is there not room for her to be in this too?’ So when I pick parts, I try to find things that resonate with me and that I can use all of myself in. I don’t want to put myself in a box in order to do it. It’s part of the diversity conversation, too. Everybody asks that question in different ways. But it’s, ‘Why does everybody have to look the same? Why can’t it be reflective of the world we live in?’

You see progress in that?

That’s the only thing that is. That’s what we got to do.