When it comes to the acting categories in the Oscar race, it’s often not enough to simply give the performance of your life in order to claim the Holy Grail of cinematic excellence.

Just as a plot drives a movie, a narrative can steer an awards campaign. And that is especially true for actors, who have to connect with voters both off screen as well as on in order to make their case. Their personal story has to be powerful enough not just to capture their imaginations but also hold their attention during the many months before the final ballots are due.

An extreme example of a narrative that stuck and succeeded was the one that helped propel Leonardo DiCaprio to finally win a Best Actor trophy for 2015’s “The Revenant.”  You would think with a career that began more than a quarter century ago and a history that includes four previous acting Oscar nominations and an infamous snub that occurred when “Titantic” sailed away with 14 nominations but left its leading man behind, there should have been no question that DiCaprio was overdue.

But what pushed DiCaprio over the top this time was how coverage of the violent reality-inspired drama made such a big deal over the physical challenges involved in bringing to life a 19th-century trapper who is left for dead in the frigid wilderness only to revive and seek vengeance. Multiple bouts of hypothermia, constant dampness, unfriendly outdoor locations—yes, this former teen idol suffered for his art. In fact, the vegetarian emulated his character by actually eating raw bison liver on camera only to regurgitate it.

So who will benefit from an enticing narrative this year? The lead actor category is once again looking solid with a pair of two-time Oscar champs, Denzel Washington (“Fences”) and Tom Hanks (“Sully”) potentially going head to head. (Bonus points to Washington, who also directs.) But I don’t think I am going too far out on a red-carpet limb to say that the Best Actress race will likely be far more competitive and intriguing this year, given how many great back stories can be spun based on the likely contenders.

Going by the current rankings by expert prognosticators—including myself—on the Gold Derby site, this is where the lead actress contest stands. And, at least for now, none of the ladies have been reduced to eating offal.

The One to Beat (For Now)

Emma Stone, “La La Land”: For nearly a decade, this vivacious green-eyed redhead proved herself a comedic standout in “Superbad,” “Zombieland” and “Easy A,” held her own as part of a talented ensemble in “The Help” and was a key component in the second "Spider-Man" franchise. She earned a supporting-actress nod for 2014’s Best Picture winner “Birdman” but slipped a bit after becoming mired in a controversy over being cast as a partly Asian and Hawaiian character in the little-seen “Aloha.”

But the 27-year-old quickly has picked herself up, dusted herself off and caused critics at film fests to rhapsodize about her song-and-dance talents—which previously were revealed in 2014 when she took over the part of Sally Bowles in a Broadway revival of  “Cabaret.” Combine that with the depth of her performance as an aspiring actress in this LA-set musical with a showbiz backdrop, one that voters will naturally relate to, and a connection is guaranteed. And as much as the Academy loves to give a prize to an industry icon, they often pick younger up-and-comers as a kind of investment in Hollywood’s future—as was the case with Brie Larson in “Room” last year.

Viola Davis, “Fences”: It is still astonishing to think that only one African-American woman has ever won an Oscar in a lead role—Halle Berry in 2001’s “Monster’s Ball.” It is also shocking that only 10 black actresses in the 88-year existence of the award have ever competed for a lead prize—until you realize, historically speaking, how few major films have centered around a black woman. Thank goodness then, especially after the #OscarsSoWhite backlash last year, there seems to be a crop of quality movies that focus on the African-American experience. Davis, nominated for her supporting role as a mother of a possibly molested schoolboy in “Doubt” and as a Civil Rights-era Southern maid in “The Help,” reprises her Tony-winning performance in a big-screen adaptation of August Wilson’s play that focuses on family dynamics.

Some pundits are speculating whether she will end up in the supporting category but Davis was honored as a lead in the Broadway revival, so there is a precedent. Of note: The actress is already well-versed in making history after becoming the first black woman of any nationality to win a 2015 primetime Emmy as a lead actress, for her work as a defense lawyer on ABC’s drama series “How to Get Away With Murder.” 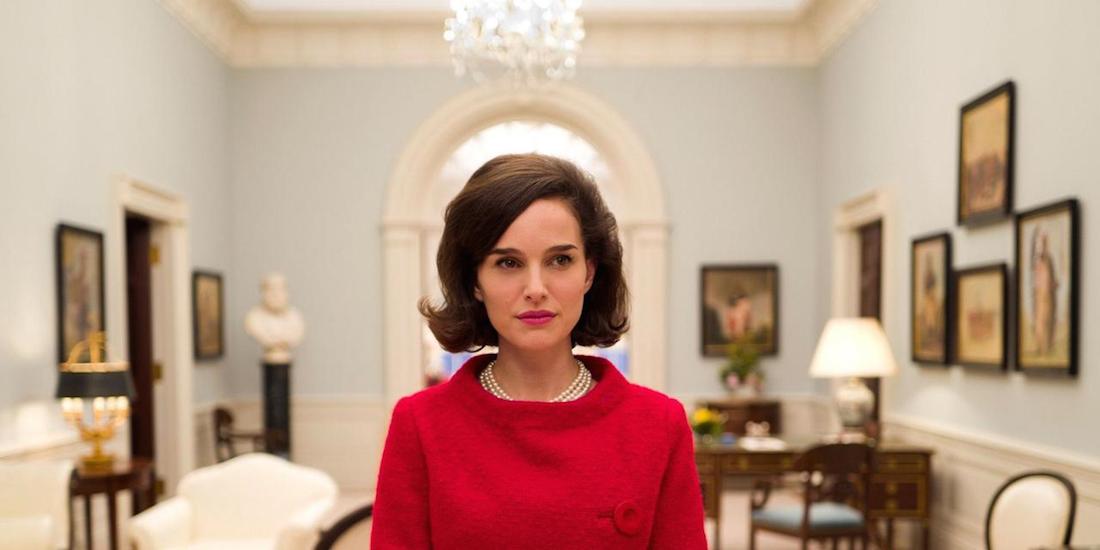 Taking the Next Step

Natalie Portman, “Jackie": Ever since snagging a lead Oscar in 2010’s “Black Swan”  as a twisted ballerina, the actress who we first met as a young teen in 1994’s “Leon: The Professional” has grown up in a big way. She has focused on her off-screen life as a wife and a mother while appearing as Thor’s girlfriend in the Marvel superhero franchise and doing a handful of arthouse offerings but keeping a rather low public profile otherwise. This summer, she used her Academy Award clout to star in her directorial debut, “A Tale of Love and Darkness,” a passion project about the birth of Israel and its effect on a mother and son.

Until Fox Searchlight bought the rights to distribute “Jackie,” which follows First Lady Jacqueline Kennedy during the days after JFK’s assassination in 1963, she wasn’t on the awards radar. But those who saw Portman’s deft handling of both the public and private persona of this admired figure at the Toronto film festival found her to be enthralling in a way that defied typical biopics. Portman didn’t win the supporting Oscar for playing a naïve stripper in 2004’s “Closer,” but she could prove to be a spoiler in this category as she peels away the myth and bares the soul of this tragedy-struck woman.

Ruth Negga, “Loving”: You might know this Ethiopian-Irish actress from AMC’s “Preacher” or ABC’s “Agents of S.H.I.E.L.D.” But most moviegoers will likely be introduced to her for the first time as Mildred Loving, the female half of an interracial couple from Virginia who became plaintiffs in the 1967 U.S. Supreme Court decision that invalidated state laws that prohibited such marriages. Negga has already been declared a breakout for her highly expressive and quietly moving portrayal of a woman willing to rock the boat to uphold rights and help those in the same situation.

And, given the divisive racial issues in the air these days, the actress benefits from the resonating impact of the film’s storyline. Being a discovery often works better for actors in a supporting category than as a top-billed player. But voters often reward films based on history and Negga might be “Loving’s” best chance for a statuette. Of note: If both Davis and Negga are nominated, it will be just the second time since the 1972 Oscars that two black actresses have competed in the lead category. Their predecessors: Diana Ross in “Lady Sings the Blues” and Cicely Tyson in “Sounder.”

The bravos for Meryl Streep’s off-key opera diva in “Florence Foster Jenkins” have landed her in fifth position. She isn’t exactly a shoo-in to grab Oscar nom No. 20 nor is she wanting for more validation from her peers. But if Streep does find her name on the final ballot again, her presence in the contest might actually help Davis’ narrative since the perennial contender denied her main rival a trophy for “The Help” while she collected her third Oscar as British Prime Minister Margaret Thatcher in 2011’s “The Iron Lady.”

Of course, there are several bridesmaids who could easily slip into Streep’s spot. Many are charter members of the overdue club. Most likely to sweep Streep out of the way is four-time nominee Annette Bening, who is receiving stellar notices for her ‘70s mom in "20th Century Women." Five-time nominee Amy Adams anchors the sci-fi drama “Arrival” in much the same way as Sandra Bullock was the heart of “Gravity.” As for two-time nominee Jessica Chastain, her driven lobbyist dominates “Miss Sloane."

Meanwhile, veteran French actress Isabelle Huppert could receive her first–ever Oscar bid with her raved-about efforts in Paul Verhoeven’s “Elle,” a candidate for Best Foreign Language Film. And Taraji P. Henson, who was a supporting nominee as the main character’s adoptive mother in “The Curious Case of Benjamin Button,” might sneak in as one of the female black NASA mathematicians who helped John Glenn orbit the moon in “Hidden Figures.”

The timing could not be better for such a strong and diverse slate of leading actress candidates for Hollywood’s top award, considering that we might be electing our first women president soon. None of the roles in the running require the film’s central female figure to simply stand by her guy, which is often the case when there is a spate of great-men biopics. But not this year. And that is a sign of progress, at least at the movies.