"I Called Him Morgan"
"Railroad Tigers"
"Rogue One: A Star Wars Story" 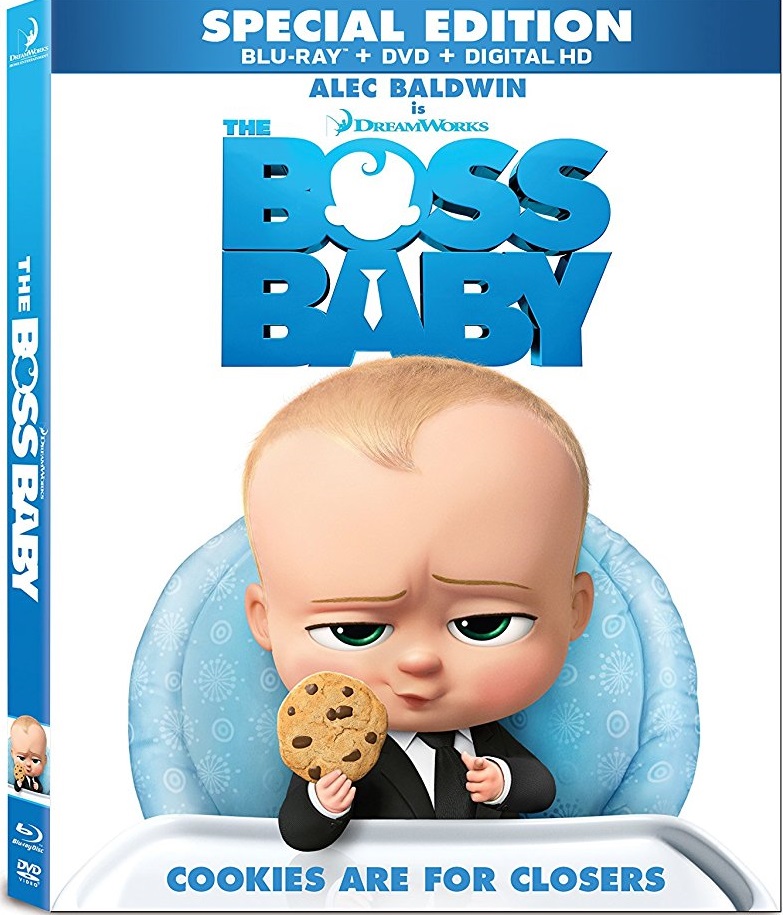 The first half-hour of this animated family hit has a clever, engaging quirkiness. It's downhill from there. The opening act is mostly about a brother who can't deal with the new arrival in his family, the baby who's taking all of his parents' energy and attention. He soon learns that the baby is really an undercover agent (voiced by Alec Baldwin) for BabyCorp, and he's here to make sure that a new development by babies' competition for cuteness, puppies, doesn't damage his standing. From here, "The Boss Baby" gets a bit too hyperactive for its own good, stretching a thin, short children's book past its breaking point. However, I must reveal that my three boys LOVE it. If you're over eight, your mileage may vary.

Special Features
NEW Mini Adventure: The Boss Baby and Tim's Treasure Hunt Through Time
BabyCorp and You
The Forever Puppy Infomercial
Babies vs. Puppies: Who Do You Love?
The Boss Baby's Undercover Team
Cookies are for Closers: Inside BabyCorp
The Great Sibling Competition
Happy Accidents: The Deleted Scenes of The Boss Baby
Gallery 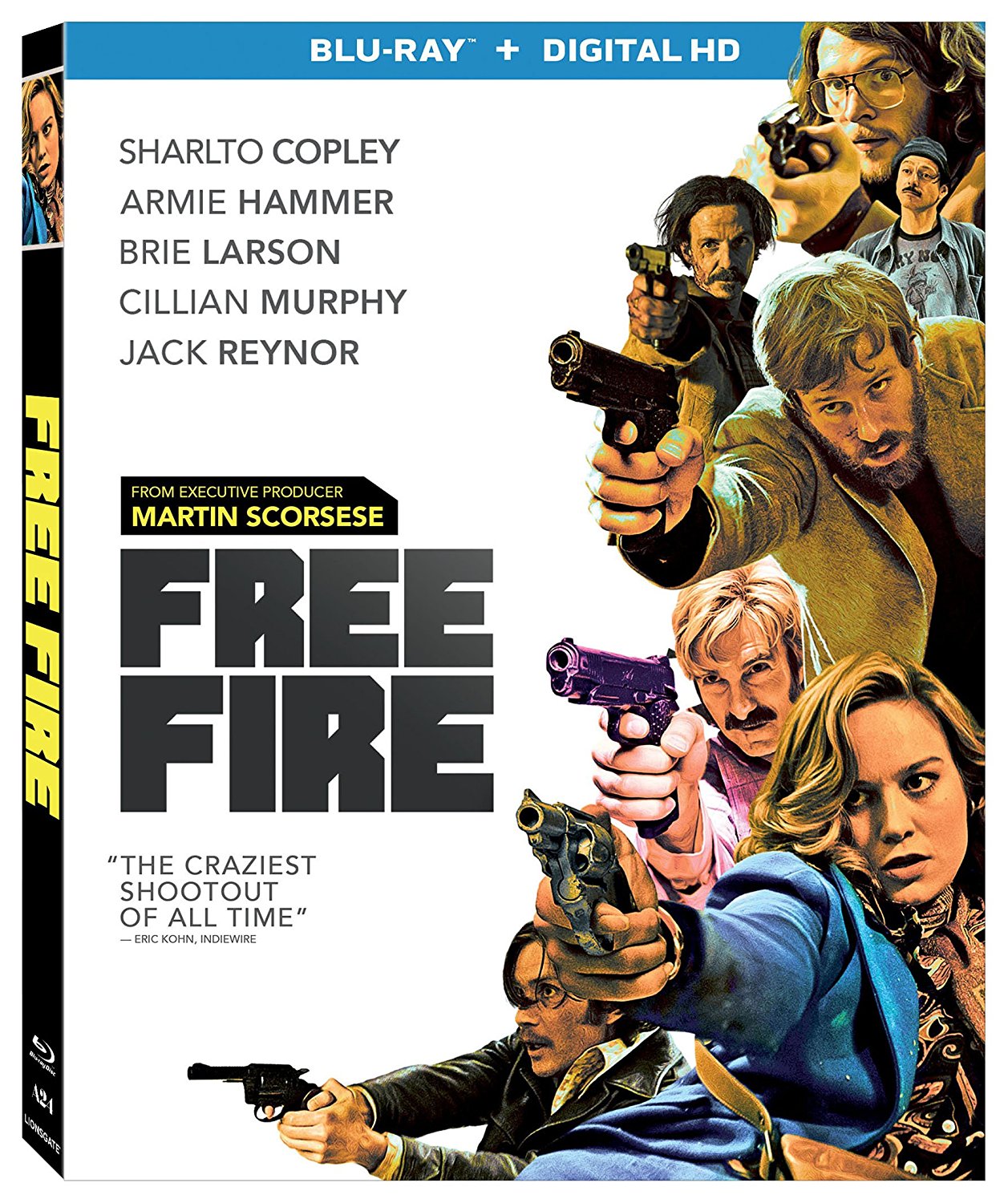 Ben Wheatley has carved his way into indie stardom by embracing his influences, lately a pair of films that feel inspired by '70s cinema. "High-Rise" was his controversial take on a cult novel that felt more ambitious than successful, and he follows that up quickly with a film that almost feels like a response to the scope of last year's piece in its minimalist structure. It's basically a one-set piece with a great cast trapped in a warehouse during an arms deal that goes very, very wrong. Of course, watching Armie Hammer, Brie Larson, Sharlto Copley, Cillian Murphy, and the rest of the character actors that Wheatley has assembled go mano-a-ammo for an entire film has a natural, visceral energy. Almost enough to ignore the fact that this isn't quite as memorable as it should have been. More of my thoughts on it from TIFF last year. 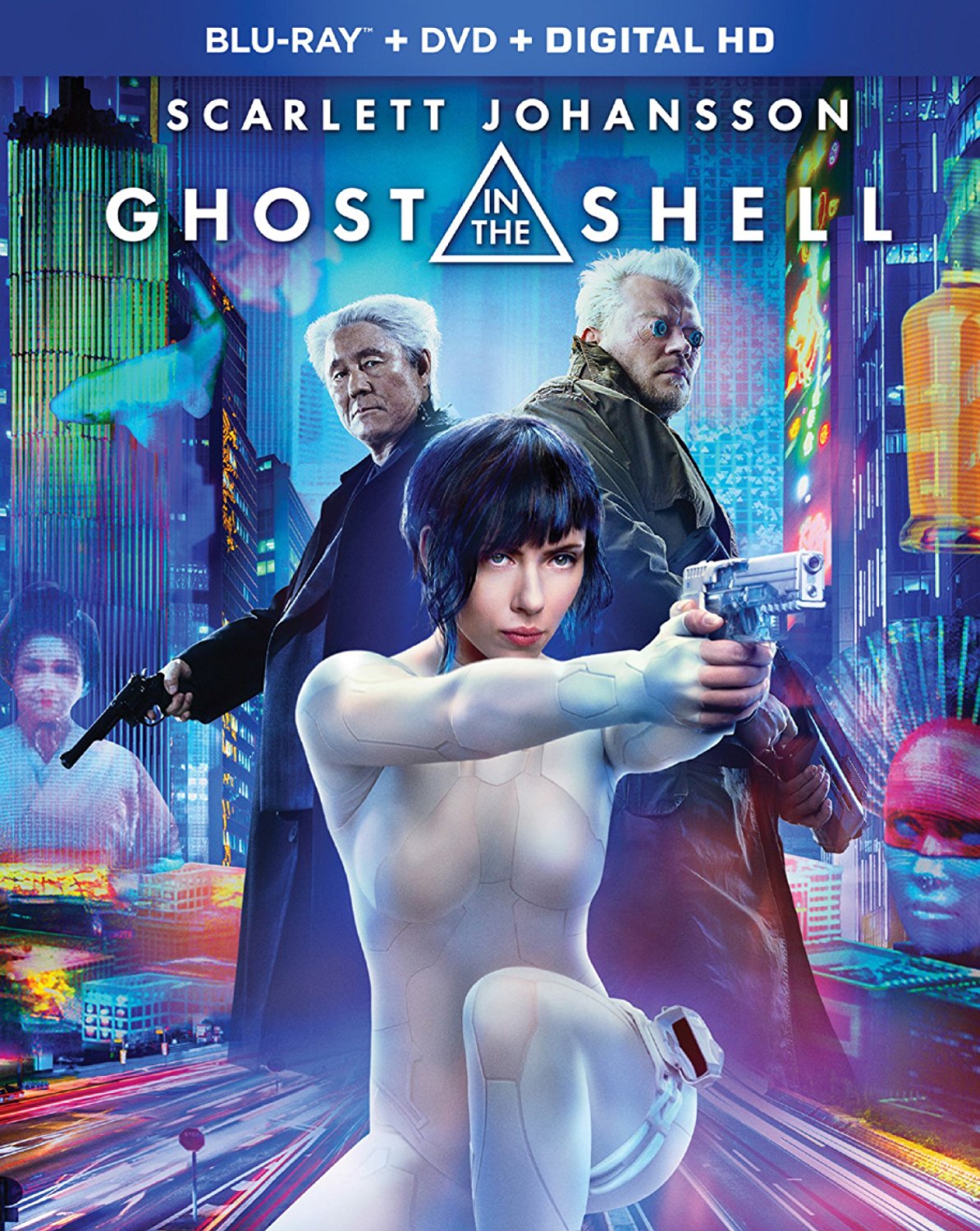 The controversy around the long-delayed live-action remake of the anime classic "Ghost in the Shell" has subsided a bit and we can judge the film outside of the accusations of racism and whitewashing. It's still not very good. Director Rupert Sanders can't figure out what story he's trying to tell, perhaps torn between making the true art film this keeps threatening to become and a Hollywood blockbuster it never quite succeeds at being. It's lost somewhere in the middle, and Scarlett Johannson is lost with it. Still, there are a few set pieces worth seeing and the look of the film makes for a great fit with Blu-ray's HD capabilities. 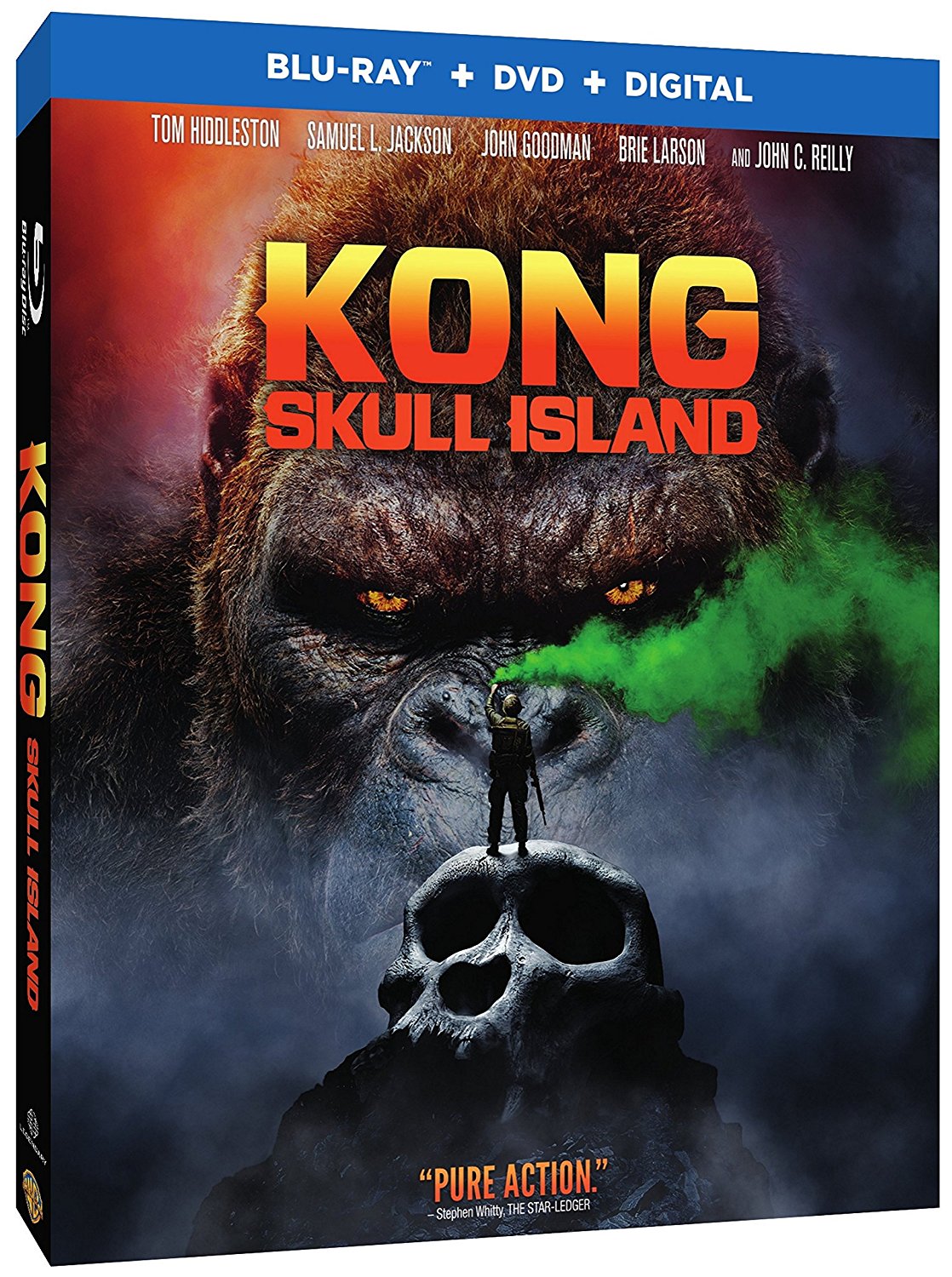 A great cast, giant monsters, and a tongue-in-cheek script. What could possibly go wrong? Not too much for a rental but enough to consider this something of a disappointment. The problem is the complete lack of stakes. The first time we see Kong, he's knocking helicopters out of the sky. From there, "Kong: Skull Island" doesn't really have too many places to go. I realized I wasn't invested when a character got ripped in half by prehistoric birds and I barely cared. As eye candy, "Kong: Skull Island" is a fun adventure. But it's not a part of the legacy of monster movies that served as more than that, even if John C. Reilly nearly saves the film on his own.

Special Features
Creating a King: A 2-Part exploration of the rebirth and re-creation of an iconic monster.
Monarch Files 2.0 Companion Archive: Dive deep into the organization and MonsterVerse Mythology
Tom Hiddleston: The Intrepid Traveler: Join the Actor on a Tour of the Film's Breathtaking Locations
Deleted Scenes
Director's Commentary 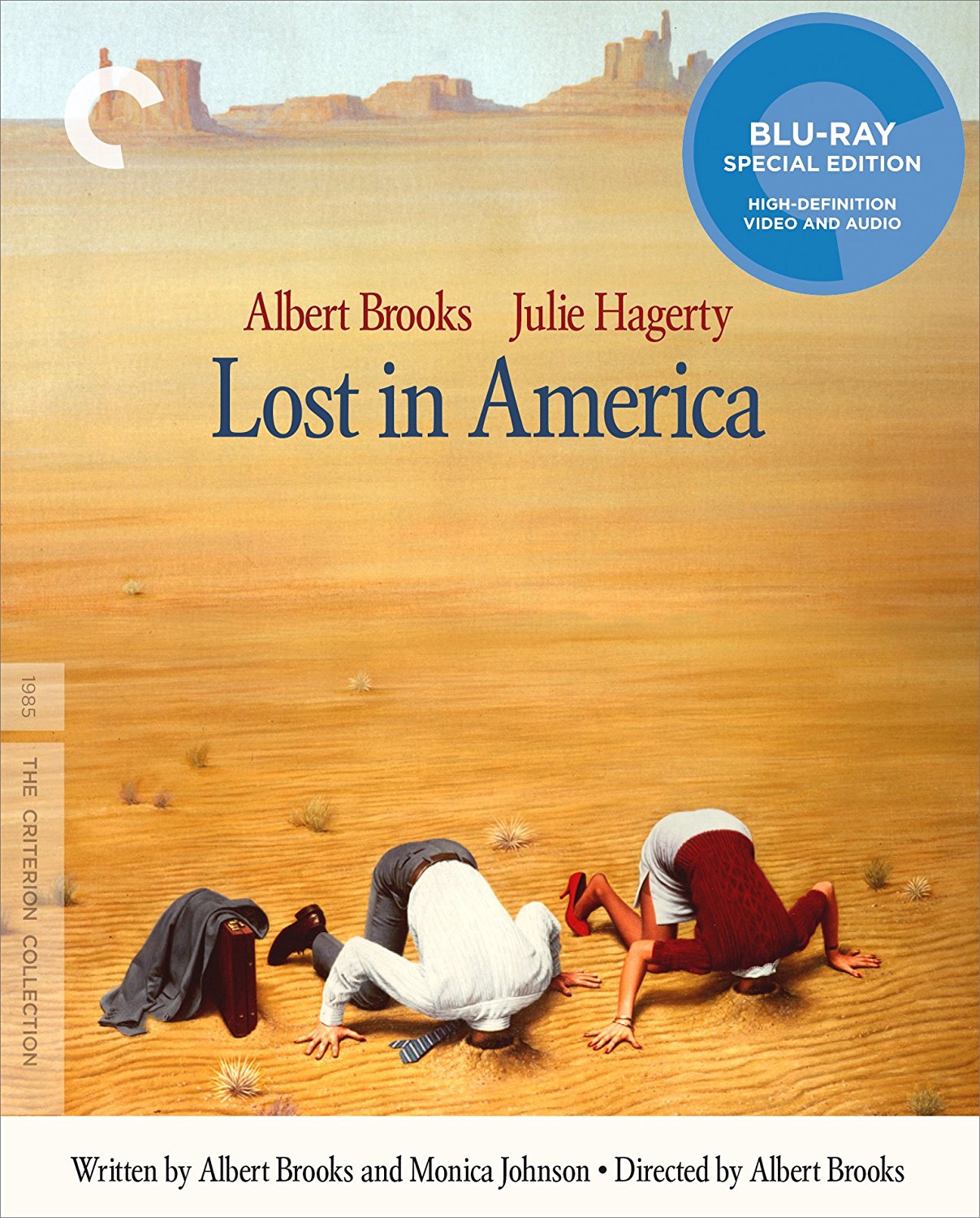 Albert Brooks hasn't directed a film in 11 years. I'm hopeful he has another one in him, but his output is still notable even if he never does make another. I remember first discovering Brooks as an actor in "Broadcast News" (a personal favorite) and then falling in love with his wildly underrated "Defending Your Life." It would be years before I would dig into Brooks' older films and discover the true genius of "Lost in America," his 1985 masterpiece, given 4 stars then by Roger Ebert and the Criterion treatment now by the most important DVD & Blu-ray company in the world. Brooks sat down for a conversation about the film, as did actor Julie Hagerty and the great writer James L. Brooks. Also worth noting, Chicago critic Scott Tobias makes his Criterion debut with an essay for one of the best comedy Blu-rays of the year. 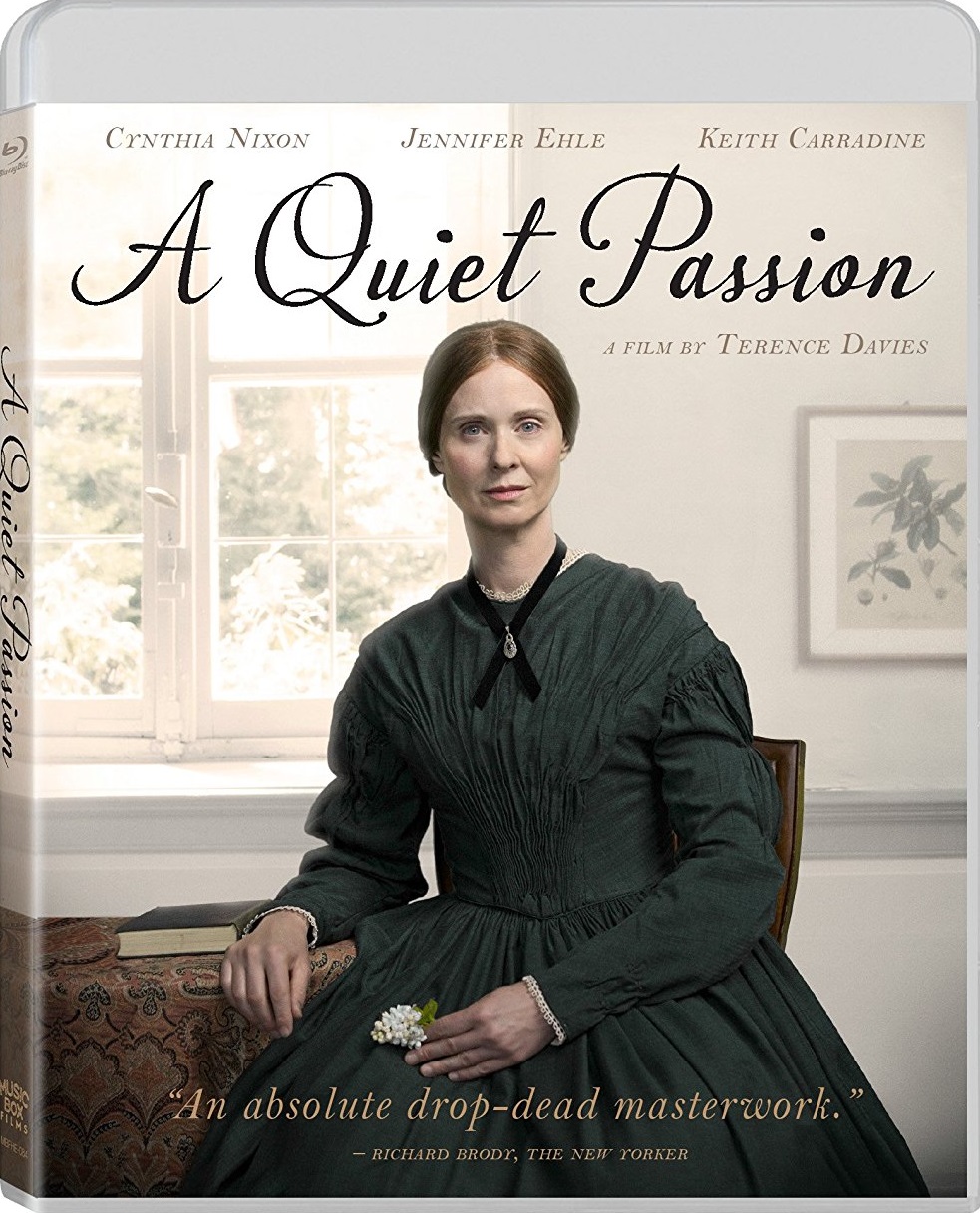 Terence Davies is one of our most important and personal filmmakers. At first glance, the story of the life of Emily Dickinson may not seem like a film as personal to the director as works like "The Long Day Closes" or "Distant Voices, Still Lives," but the lack of a direct biographical hook doesn't make this any less of a passion project for Davies. And themes from his entire career and life resonate through this phenomenal drama, anchored by a truly stunning performance from Cynthia Nixon. One hopes enough people see this film to get Nixon more work with directors of Davies' caliber, although, to be honest, there aren't that many people in his league any more. 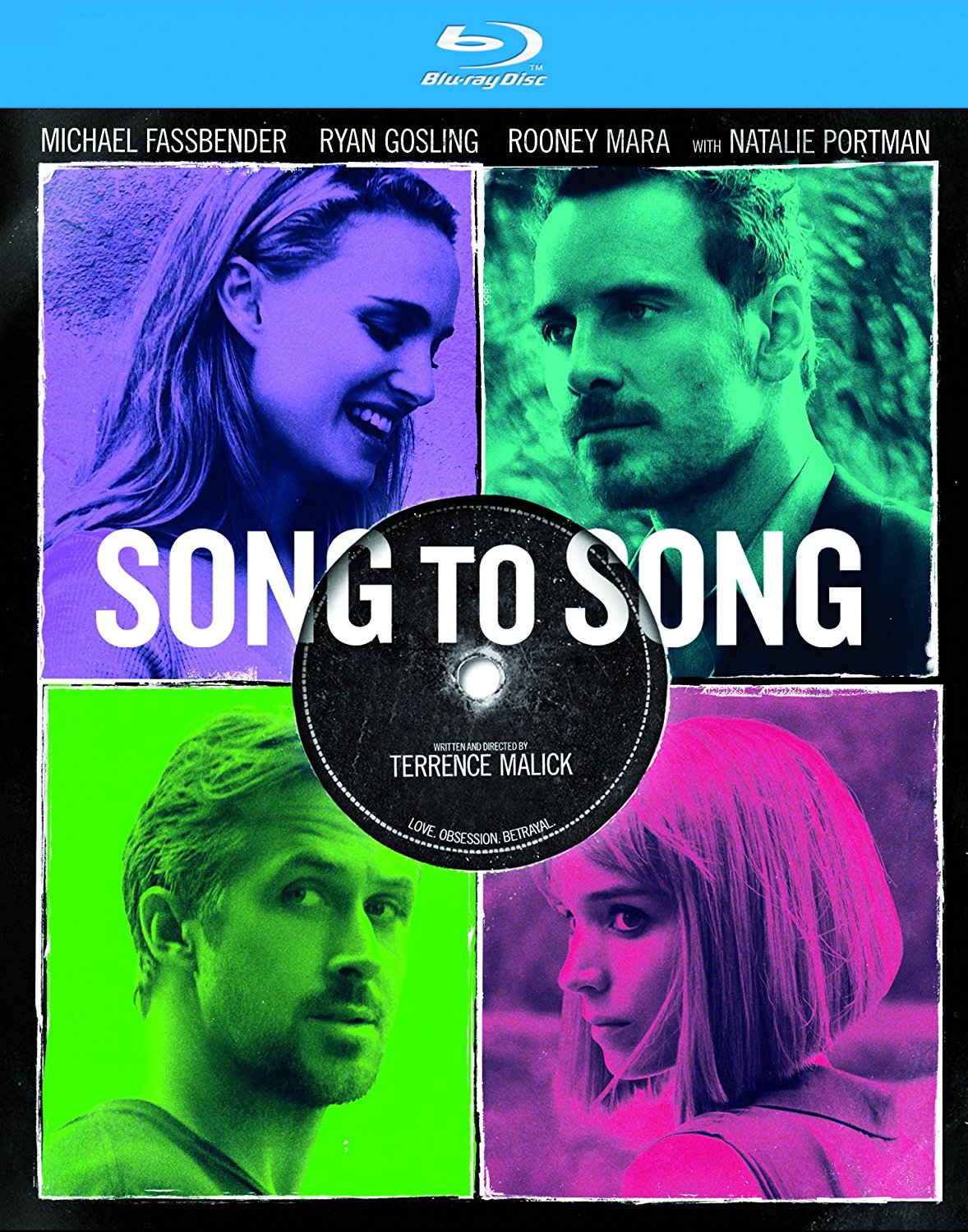 I've been a diehard Malick defender even through recent films like "To the Wonder" and "Knight of Cups," both of which I think are phenomenal works, but he lost me for the first time with this one. Part of it is because of how thematically familiar it feels to "Knight of Cups," almost as if he's playing the same chords he did in that much-better film. The meandering here also reaches a new level, which his detractors probably didn't think was possible. Many have pointed to the three films post "Tree of Life" as a trilogy but I think the trilogy actually includes "Tree of Life" and is about looking for meaning in the past, in religion, and in fame, represented in each of the three films. "Song to Song" is the afterthought to that trilogy. However, minor Malick is still a work worth seeing, so I include it here for that reason.

Special Features
The Music Behind the Movie 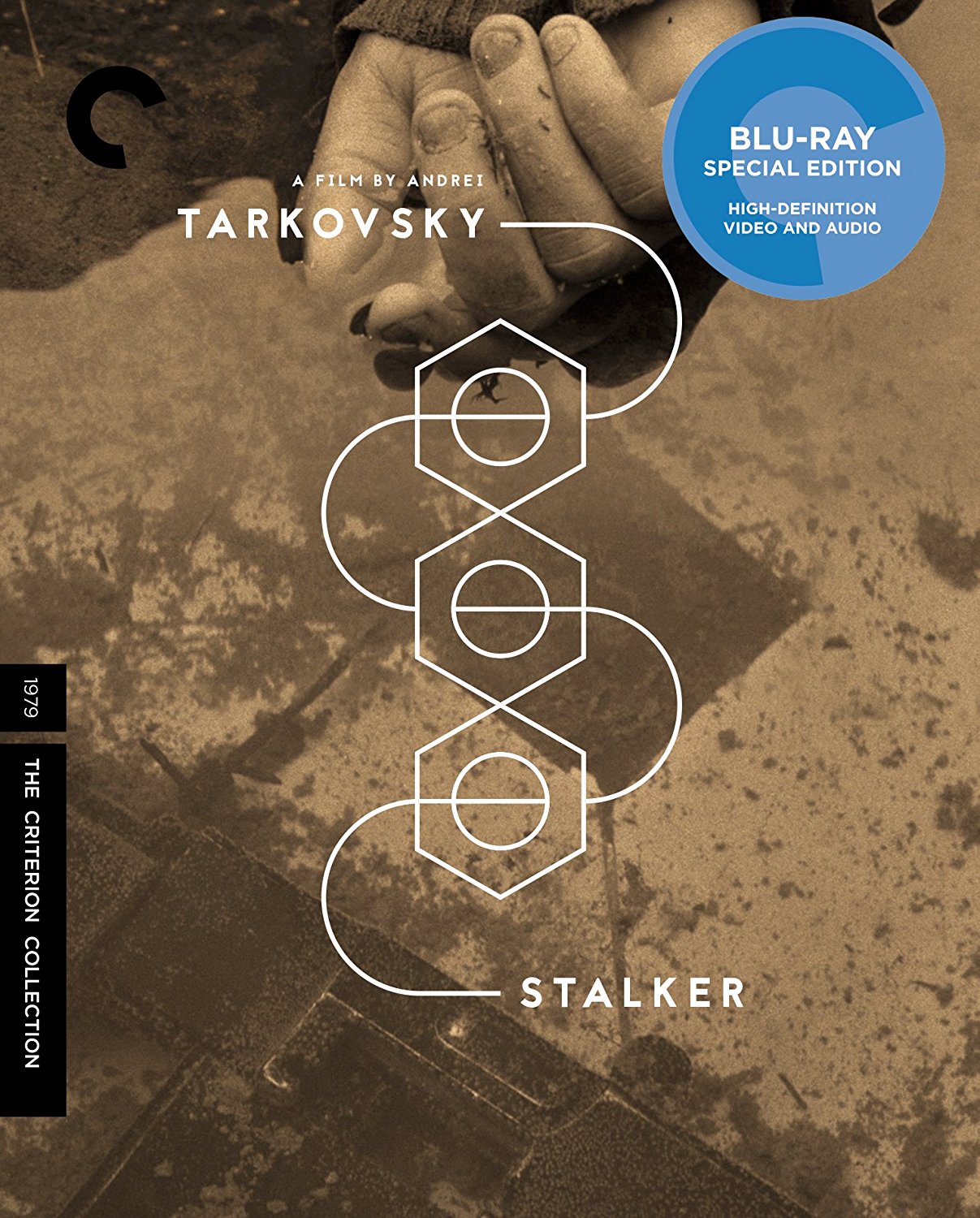 Tarkovsky's epic masterpiece remains as riveting today, 40 years after its release, as the day it came out. It's one of those films that doesn't age, as it contemplates timeless themes of identity and purpose, delivered through a mesmerizing visual language. Criterion has included Tarkovsky before in its collection but this release is still breathtaking, most notably for the recently-in-theaters digital restoration, which is simply phenomenal. I hadn't seen "Stalker" in a quality this high and it was like experiencing the film again for the first time. The special features here are kind of thin compared to other Criterion releases but the movie itself is so masterful that it's all you really need.

Special Features
New 2K digital restoration, with uncompressed monaural soundtrack on the Blu-ray
New interview with Geoff Dyer, author of Zona: A Book About a Film About a Journey to a Room
Interviews from 2002 with cinematographer Alexander Knyazhinsky, set designer Rashit Safiullin, and composer Eduard Artemyev
PLUS: An essay by critic Mark Le Fanu