I'm in the tank for Terrence Malick. I don't believe that the Austin-based director has ever made a bad movie, just ones that were too fragmented, mysterious and intuitive to connect with a wide audience. I thought "Knight of Cups" was one of last year’s most daring features, but I realize this is a minority opinion. Mention the director to a movie buff these days and you’re likely to get jokes about voice-overs and perfume ads and twirling in fields, plus complaints that Malick is too much of this and not enough of that, and not what he used to be.

I don't care. I love that after 44 years of feature filmmaking, his style is still an issue. Even at its most obtuse, Malick’s work never plays by commercial cinema's rules, coming at characterization and story from odd angles when it isn’t chasing the ineffable, as his camera chased a butterfly in “The Tree of Life.” The actor and filmmaker Tim Blake Nelson, who had a small role in Malick's epic 1998 war poem "The Thin Red Line," said the difference between Malick and most other filmmakers is "the difference between [Georges] Seurat painting with dots and [Paul] Cezanne, who's a more painterly painter."

Nevertheless, here we are, at long last: “Song to Song,” a romantic drama set against the backdrop of the Austin pop scene, is the first Malick film I’ve watched where the dots never came together to form a legible image.

Rooney Mara plays a woman in love with two men, a musician played by Ryan Gosling and a producer played by Michael Fassbender. Natalie Portman plays a waitress who has an affair with Fassbender. I’m not entirely sure who Cate Blanchett is supposed to be, but she gets involved with Ryan Gosling at one point. All of the characters have issues with their parents: Portman’s mom, played by Holly Hunter, sacrificed everything for her after their father left or died, I’m not sure which. Gosling takes care of his terminally ill father (Neely Bingham) and has a flirtatious relationship with his mother (Linda Emond), who stares at him the way a person on the street might stare at Ryan Gosling.

I’m referring to the actors by their real names throughout this review because it scarcely matters what their characters are named. Like “To the Wonder” and “Knight of Cups,” the two other Malick films set in the present, “Song to Song” feels improvised—so much so that for stretches you may feel as if you’re watching a documentary about Terrence Malick trying to devise a film on the fly.

The title obliquely refers to the “Song of Songs,” the last section of the Tanakh or Hebrew Bible and also the fifth book of Wisdom in the Old Testament. It is often described as a celebration of physical love between women and men. The movie invites that association with its many images of gorgeous people kissing, caressing, touching each other’s hips and bellies, nuzzling near sunlit windows, and lounging on beds and in parks. And twirling. The architecture of civilization and nature enfolds the actors as they glide through Malick’s frames. There are close-ups of feet traversing hardwood floors and the damp stone edges of swimming pools (these are often the type that seem to cut off at the edge of a cliff or hillside). Like the superior "Knight of Cups," this is a warmer cousin of the cosmic-minded bourgeois dramas that Michelangelo Antonioni ("La Notte") used to make 50 years ago.

We get a sense, as in most Malick films, of civilization holding nature at bay, or falsely believing that’s what it’s doing. Leaves fall, flowers wave, pollen swirls in the air, the sun peeks through treetops, but we also hear jet engines and car horns, amplified music and feedback. Flocks of bats whirl in the air near the Congress Street Bridge in downtown Austin. Dogs snuggle with their owners. Deer explore suburban lawns. Gosling takes a break from tending to his dad, goes outside, and feeds a horse an apple while interstate traffic rumbles through the background. One of the film’s modernist houses is built around an old, tall tree that rises through a skylight. The whole film could be a premonition of Pocahontas, the heroine of “The New World,” after moving to England.

Spectacle and sensation are all. Live songs start a few bars in and end a half-minute later. Classical score music, narration and dialogue compete with them, creating a cacophony that is sometimes pleasurable, sometimes grating. Malick and his regular cinematographer, Emmanuel Lubezki, capture concert scenes in outdoor venues with thousands of people, and intimate scenes in gorgeously decorated homes where characters practice songs or noodle on a piano or guitar. The actors are filmed as if they were dancers performing without the aid of a choreographer. Women pirouette and skip like little girls. Men mock-battle each other over a woman or roughhouse in the grass like little boys. Fassbender imitates an angry ape and makes Gosling laugh so hard he falls over. Such bits could be a statement about the eternal child inside every adult or they might be examples of what actors do when they aren’t sure what they’re supposed to do. This was not a distinction that mattered much in other Malick films, even recent, maligned ones, but it matters here because the movie is so entropic.

Malick’s cast features many famous musicians, including Iggy Pop, whose chest and abs draw stares of amazement from Lubezki’s camera, and Patti Smith, who talks about her husband Fred’s 1994 death from a heart attack with such insight that you may wish you were watching a documentary about her instead. An uncredited Val Kilmer appears in a concert sequence, plunging a chainsaw into an amplifier and telling the crowd, “I got some uranium … I bought it off my mom!” About halfway through, Fassbender starts turning into his character from “Shame.” Mara and Gosling never turn into anything. The hint of a roiling interior life that Blanchett manages to give her character feels more anchored than anything else in the movie, except for a tight close-up of Gosling contemplating his father’s mortality and a scene of Mara arguing with her dad in a gas station parking lot.

At one point Malick gives us a 30-second snippet of a twerking contest. That is not a sentence I ever expected to type.

The most affecting moments in "Song to Song" are close-ups of people crying while they remember mistakes and wallow in regret. These moments would be devastating if there were ... well, not a story, exactly—like Jean-Luc Godard, Malick doesn’t need a story to do his thing—but perhaps a clearer personal context and a bit of rhetorical connective tissue linking it to the movie’s grand themes (grief and loss, compromise and corruption, the anesthetizing superficiality of modern existence).

“Song to Song” is disjointed even by the standards of a Malick film with a title that announces “this is a collection of bits.” Huge developments in the characters’ lives come out of nowhere (often after being heralded by awkward bits of voice-over) then are never mentioned again. There’s a raw, loud confrontation scene where Gosling accuses Fassbender of cheating him, but a couple of scenes later things seem OK between them. A major character appears to die, causing a family member to collapse in grief, but the event is presented so fuzzily that it takes a few minutes to be sure that the character is dead.

The results were hit and miss in Malick’s other contemporary dramas, too, but you always felt as if there was a method to the madness. Malick presided over accidents as if he were a God who had conjured them through mischief and prayer. There was a grave sincerity to the films' presentations of guilt, nostalgia, longing and spiritual crisis, and a smiling confidence to the way Lubezki’s camera circled the actors while they flirted, brooded and frolicked. But in “Song to Song” there are times when the storytelling might remind you instead of a book report by a student who wants you to think he read the book cover to cover when he actually just skimmed the dust jacket five minutes ago. It doesn’t help that Gosling and his siblings’ resentment of their dad, the central love triangle and other elements are all rehashed from recent Malick films.

When a poet fails, it’s not always easy to put your finger on why, because the failures are created through the same elusive, interior process as the triumphs. I wouldn't presume to guess exactly what went wrong here. Malick is employing the same audiovisual vocabulary as in his previous three films (with a few refinements, including the widspread use of tiny GoPro cameras), and he’s dealing with a lot of tried-and-true Malickian themes and situations. But no matter how warmly you feel towards Malick, the film still doesn’t click as it should. It's a brainy concept album made up of B-sides and filler. The musicianship is superb but the songs needed work. 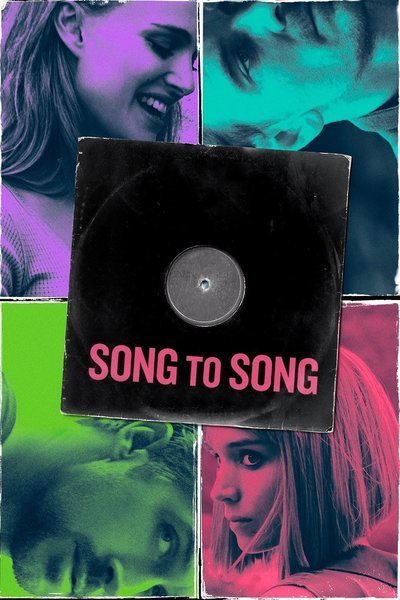 Rated R for some sexuality, nudity, drug use and language.