With its engaging drama of a young gay man facing the challenges of coming of age in urban Guatemala, Li Cheng’s “José,” a prize winner and audience favorite at Venice and other festivals, might obviously be categorized as an LGBT film, one of a fairly familiar sort. Yet it also stands out for representing another branch of cinema: films combining the objectives of ethnography and drama, in which a filmmaker dives into a foreign culture and fashions a story to illustrate the discoveries he makes there.

While this subgenre stretches back at least to Robert Flaherty classics like “Nanook of the North” and “Man of Aran,” it has seen some notable new practitioners emerge in the last decade, several of whom have proved particularly impressive to this critic. In films such as “Stop the Pounding Heart” and “The Other Side,” Italian filmmaker Roberto Minervini delves into marginal subcultures in the Southern U.S. in ways that are both provocative and insightful and that, like Flaherty, essentially use real people to play thinly fictionalized versions of themselves. Chinese filmmaker Chloe Zhao does much the same for the Native American culture of South Dakota in “Songs My Brother Taught Me” and “The Rider,” the latter such a strong artistic achievement that it won Best Feature at both the Independent Spirit and Gotham awards and was named 2019’s Best Picture by the National Society of Film Critics (it was also the only Amerindie production to appear on my list of the past decade’s ten best films).

Though Nanfu Wang’s brilliant “I Am Another You” is more strictly a documentary (her subsequent “One Child Nation” was short-listed for this year’s Best Documentary Oscar), it resembles Zhao’s films in scrutinizing certain American lives in ways that suggests the poetic incisiveness of great literature. Add Li Cheng to this list and it’s almost inevitable to ask if this “ethno-fictional” hybrid is especially (or is fast becoming) a Chinese thing.

Like Zhao and Wang, Cheng is a globe-trotting China native who was educated in the U.S. After earning a PhD in cancer research at Rutgers, he studied filmmaking at the New York Film Academy (though now a U.S. citizen, he has been called a “world nomad” and currently is based in Brazil). He and his writing/producing partner George F. Roberson set about making “José” in an unusual way that relates to both the film’s objectives and results. Concerned with how Latin Americans were being demonized in certain areas of U.S. society, they visited 12 countries in the region and interviewed hundreds of young people about their lives, asking three questions in particular: Who is the most important person in your life, what is your most unforgettable memory, and have you ever been in love?

The film’s press notes don’t say whether the filmmakers set out to focus on a young gay man or if the idea emerged during their researches, but the concept allows them look into several areas of Guatemalan life represented by three different locales where we observe 19-year-old José (Enrique Salanic) during the story’s early stages. Locale one, home, is a poor but tidy apartment where the boy lives with his mom (Ana Cecilia Mota), a religious woman who worries about her son. Locale two, work, is a restaurant where Jose solicits and delivers curbside meals, working alongside a gruff boss and a young couple who are romantically involved. Locale three, which we might call hookup-land, is his solitary practice of seeking sex using a dating app. The way this Cheng introduces this story element is typically casual and understated. In one scene, José’s on the street looking at his phone. In the next, he’s in an apartment with another naked guy, wiping up after sex and lying to his mom on the phone about why he’s running late.

This three-cornered existence is perhaps typical of many young gay men the world over, but Jose’s version of it is soon rattled by something new: love. He meets Luis (Manolo Herrera) in the usual way. After the app connects them on the street, they go to a pay-by-the-hour room and get carnal. (The film’s sex scenes are frank but subtly naturalistic.) While the physical attraction is obviously mutual, the two guys connect in a deeper way as soon as they start to talk. Hailing from a town on the Caribbean, Luis is in Guatemala City working construction and living with his mom and two brothers. He and José have a lot in common, and the things that separate them aren’t readily apparent as they surrender to the first rush of romance, bouncing around the city together, eating at food trucks, watching religious processions and fireworks displays and, one day, borrowing a motorbike for a lyrical escape to the countryside.

Declaring their love for each soon after, however, doesn’t cement their bond as much as it reveals the factors that frustrate it. Luis doesn’t like the city and wants to go back to his hometown, where he promises to build a house where he and José can live until they build a bigger one. He considers José selfish for resisting this appealing offer, but Jose is all too aware that his mom, unlike Luis’, has no other sons to care for her. How can he leave?

After this midpoint, the rest of the film deals with the outcome of the dilemma the young men face. I won’t say how anything about how the story progresses, except to note that one of the things I liked best about “José” is how its ending declines to resolve its dramatic issues in any of the usual, conventional ways. In a sense, it’s a conclusion that asks if the viewer can find satisfaction in a clear-eyed recognition of the many dissatisfactions that life and love offer.

Yet the satisfactions of “José” as a whole offers are considerable, and they begin with the human element. Like the Italian neorealist classics from which it descends, the film has a keen appreciation for the lives of people who maintain a stubborn dignity and resolve under the challenges of poverty and other hardships. While the film’s characters are all realized by finely tuned performances, special mention must be made of Salanic for his complex and truly superb work as José. (Just last week it was reported that Trump officials have twice denied the actor a visa to attend the film’s openings this week in New York and Los Angeles.)

The film also deserves commendation for the eloquence of its style. Cheng and cinematographer Paolo Giron have a knack for giving us the feel of the place through their careful observation of the light at various times of day. And Cheng—who admits the influence Hou Hsiao-hsien—cleverly returns repeatedly to certain compositions, for example of the street corner where Jose does his job and another where he waits for Luis, in ways that remind us of the tension between solidity and change that underlies this story and the place it evokes.

As for that place and why he chose Guatemala over the other 11 countries he studied, Cheng has said, “It is the largest country in Central America (a region long overlooked internationally), the population is growing fast, and half are under the age of 19 ... It is a country of extreme climates and dramatic landscapes and diversity, a land of volcanoes and the constant threat of earthquakes. It is also rife with political corruption and inequality, and at the same time it’s a very religious country with evangelical churches and Catholics openly competing ... Guatemala has become an increasingly violent and dangerous place, where more than half the people live in poverty. Indeed most of the children separated from their parents and locked in dog-like cages in Texas (shocking people around the world) are Guatemalan, not Mexican, as is often claimed.” 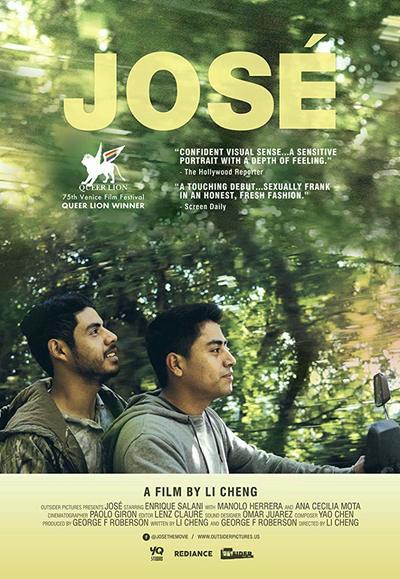