The best American movie this critic has seen in the past year, Chloé Zhao’s “The Rider,” is the kind of rare work that seems to attain greatness through an almost alchemical fusion of nominal opposites. An account of rodeo riders on a South Dakota reservation, it is so fact-based that it almost qualifies as a documentary. Yet the film’s style, its sense of light and landscape and mood, simultaneously give it the mesmerizing force of the most confident cinematic poetry.

Add to that the fact that this enrapturing vision of an indigenous American and hyper-masculine culture comes from a young female filmmaker who hails from Beijing and the achievements of “The Rider” are fairly staggering. Chloé Zhao has lived in the U.S. for some time, and her debut feature, “Songs My Brother Taught Me,” was shot and set on the same reservation and also used locals instead of actors as its cast. Reviewing that film, I said it belonged to a category of films that borrow from the cinematic subjects and strategies associated with Terrence Malick. While that influence may still underlie Zhao’s work, the apprentice here emerges as a master; “The Rider” is a quantum leap beyond its predecessor.

One of Zhao’s key assets in making the film was her discovery of Brady Jandreau, who plays the film’s main character, Brady Blackburn, who looks to be around 20. I went into my first viewing of “The Rider” knowing nothing about it, and there was one scene about a third of the way in that proved both electrifying and crucially clarifying. Brady is in a corral with a rancher and a wild horse that the man says has never been ridden. Brady offers to train him and proceeds to do just that—and watching him is breathtaking.

Reportedly, this just happened during the filming: they were at a ranch where there was this wild horse and Brady offered to tame him. Zhao let the camera roll for two 40-minute takes. Cut together in 20 shots or so that run a couple of minutes, the sequence shows the whole process, from the horse kicking and bucking and rearing back, to the point where he lets Brady pat him, get on his back, ride him and then slide off again. Not only fascinating in itself, the action makes one thing perfectly clear: this guy is no actor.

But in fact, he is—a really terrific one. It’s just that prior to “The Rider” he was something else: a bronco rider and horse trainer, and at the top of his game in both fields. The problem his character faces as the movie begins—one taken from Jandreau’s own life—is that he’s had a bad fall while riding in a rodeo that’s left him with a serious head injury and questions as to whether he’ll ever be able to compete again. When we first see him, he’s at home alone trying to pick the surgical staples out of his shaved skull.

The film begins and ends with brief dream sequences showing a man riding a horse. This evokes the idea that riding horses, for Brady and guys like him, is life’s big dream. But it’s a very precarious one. One bad break and it can be all over. The point is made devastatingly clear in several scenes where Brady visits Lane (Lane Scott), a bull rider who’s his best friend, mentor and personal hero. Lane has experienced a catastrophe that’s left him paralyzed and unable to speak. He communicates by spelling out words with his hands. His big message to Brady, delivered late in the film, is simple: don’t give up your dreams. A crucial idea, of course, but much easier said than done.

In the case of Lane too, there’s virtually no distance between the character and the guy playing him. Lane really is Brady’s best friend and in this condition of severe disablement, including not being able to speak. The scenes between the two young men are some of the most touching and delicate I’ve seen in any film, and all the more compelling for being so palpably real.

Watching “The Rider” a second time, I was struck that, even though it is a scripted film (written by Zhao), it doesn’t have a conventional story with character arcs and escalating conflicts and all those other things they teach in screenwriting class. Yet it is completely absorbing and satisfying as drama. The key to its success, I think, is Zhao’s profoundly sensual and instinctive way of immersing us in the character of Brady and his world.

Cinematographer James Joshua Richards, whose brilliant work here indeed earns him comparisons to the best of Malick, frames Brady tightly and follows him closely (as well as lighting him beautifully), creating a sense that we’re looking at things through his eyes. The most important of those things, the ones in his immediate environment, are his father Wayne (Tim Jandreau) and his sister Lilly (Lilly Jandreau), who is autistic. Here again, Zhao works miracles in the terrific performances she gets from two real-life members of Brady’s family.

Lilly is Brady’s main emotional support, and says surprising things that prove subtly clarifying for him. Wayne, though not wholly unsympathetic, is a hard case, a guy who spends more time drinking and carousing than he should. The result, early in the film, is that he’s run months behind in paying rent on their trailer and sells Brady’s favorite horse to catch up. When, later, he tries to chide his son’s despondency, Brady responds angrily that he’s in the predicament he’s in because he’s spend his life following dad’s urging to “man up! be a cowboy!”

The people here, including Brady and his family, are Lakota Sioux of the Pine Ridge Reservation, and “The Rider” gives us a rich sense of the place, its landscapes and its longstanding culture of “cowboy Indians.” One of the film’s chief virtues lies in its crafting a portrait of lower-class working Americans without the slightest touch of condescension. We get a sure sense of what work means to these people. For Brady, it can be a huge drag, as when he takes a job in a convenience mart to make money and is recognized by young Native fans who’re puzzled that this rodeo celebrity would be stocking shelves. Yet work also means Brady’s near-mystical connection with horses and the transcendent skills he displays in that corral.

The commanding abilities Chloé Zhao shows in “The Rider” easily mark her as one of the world’s most important young directors. Yet what really distinguishes her work here is something beyond great filmmaking chops: a vision that is deeply humanistic, founded on a compassionate realism that honors the heartfelt struggles of all the creatures it encounters. 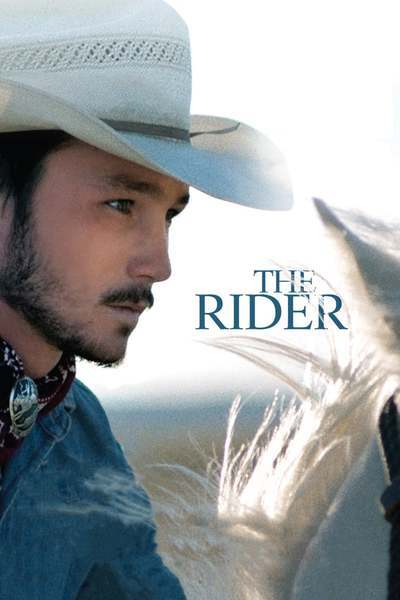