Pop star documentaries that go behind the scenes, beyond a chart-topper's spotlight are nothing new—musical icons Bob Dylan and Madonna dabbled in the form with their respective landmark films “Don’t Look Back” and “Truth or Dare," and more recent examples have included Taylor Swift's "Miss Americana" and Lady Gaga's "Gaga: Five Foot Two." At their core, these films tend to be little more than overt fan service, but the best ones leave even their most devoted followers feeling as if they've learned something new and interesting about the artist in question and their work.

Jennifer Lopez gives us her version with “Halftime,” debuting today on Netflix following its splashy premiere as the opening night selection of this year’s Tribeca Film Festival. While there's no question that she and her career are worthy of such treatment, it's unfortunate that the resulting film is not quite worthy of her talents. Instead of leaving viewers with a better or more informed idea of what makes her tick as a person and as an artist, "Halftime" feels more like a ruthlessly efficient election ad for a political campaign that was decided a long time ago.

The film kicks off with her celebrating her 50th birthday in July 2019, and then follows her over what proves to be an exceptional busy and tumultuous six-month period dominated by two major events. The first comes with the Toronto Film Festival premiere of “Hustlers,” the comedy-drama that she co-produced and co-starred in as the leader of a group of strippers who join together to bilk their sleazy Wall Street clients out of their money. Having spent a number of years wasting her undeniable gifts as an actress on a series of star vehicles that were mediocre at best, the fact that she was appearing in a showy supporting role in a project that had more ambition than “The Back-Up Plan” or “The Boy Next Door” attracted a lot of attention, and led many to speculate that she was an almost certain bet for an Oscar nomination for Best Supporting Actress. Although many actors will pooh-pooh (at least publicly) the importance of awards, Lopez is clearly interested in the validation that such a thing will confer upon her career and embarks upon a grueling campaign to land that nomination.

Just as she is begins that pursuit, another major offer comes her way—an invitation to perform before the biggest audience of her entire career during the halftime show at Super Bowl LIV in Miami. As it turns out, there is one last-minute hitch to the deal when she learns that instead of filling the roughly 12-minute-log performance slot on her own, she will be sharing it with a second Latina superstar, namely Shakira. Although she's outwardly content with this decision (at least at first), the reality is that by splitting the time, she now has to figure out how to tell her musical story while giving the fans at least a taste of the hits that they want to hear. She must accomplish it all in a time slot that cannot be extended. As daunting as this may be, Lopez is up for the challenge, perhaps knowing in the back of her mind that if everything comes together the way she hopes, she will have pulled off the singular show-biz achievement of performing for hundreds of millions of viewers one February weekend and winning an Oscar a week later.

Outside of the occasional flashback to her upbringing or earlier key moments in her career ranging from her breakthrough performance in “Selena” to her private life turning into tabloid fodder, “Halftime” mostly toggles back and forth between the award campaign and the show preparations and the latter proves to be much more interesting by far. Virtually everyone who will see this movie knows that her halftime show would prove to be one of the very best ever staged and so it's fascinating to see how it all came together, from the basic logistics of coordinating so many people to pull off something that requires split-second timing, to the last-second monkey wrench thrown in when the NFL higher-ups decide the night before the show that a key element—a Latina girl (played by Lopez’s own 14-year-old daughter) in a cage (meant to evoke the shocking images of immigrant children in detention facilities)—had to be removed, presumably so as not to offend then-President Trump.

By comparison, the stuff involving the award hunt is much less intriguing and eventually begins to feel more like sour grapes than anything else. This is not to suggest that Lopez is undeserving of an Oscar—I believe that she fully deserved to be nominated for her wonderful work in the films “Blood and Wine,” “Selena,” and “Out of Sight”—but the film’s implication that her failure to be nominated was a massive injustice, coming on the heels of a Golden Globe loss to eventual Oscar winner Laura Dern, is just odd. To see a woman who is so obviously accomplished (the end credits helpfully list out her various sales numbers) and whose success has helped to break down barriers for subsequent generations of Latina performers in the entertainment industry invest so much in a piece of metal that has lost its luster in the eyes of many feels a little strange.

The other problem with “Halftime” is that, compared to other films like it, too much of it seems familiar. Many elements on display here have turned up in more depth in other recent pop star documentaries—the gradual politicization of a pop performer responding to the tumult of the times by finding her voice was shown in Taylor Swift’s “Miss Americana,” and the designing of a Super Bowl show as a way of hopefully bringing the country together appeared in Lady Gaga’s “Gaga: Five Foot Two.” Of course, those films don’t have Lopez but, in a curious way, neither does this one. "Halftime" seems mysteriously uninterested in her evolution as a person or as an artist. Even when Lopez does sit down to talk more at length about herself, it's less like revelation and more like brand management.

In the end, “Halftime” is unlikely to majorly shift anyone’s thoughts on Jennifer Lopez. Devoted fans will no doubt love both the film and her, haters will still resent her success, and those in the middle will still look at her as an enormously accomplished woman who can do no wrong on a stage but whose undeniable talents are sometimes wasted on projects not worthy of her. The only thing that everyone will really take away from "Halftime" is an intense desire to watch that Super Bowl performance again as soon as possible. 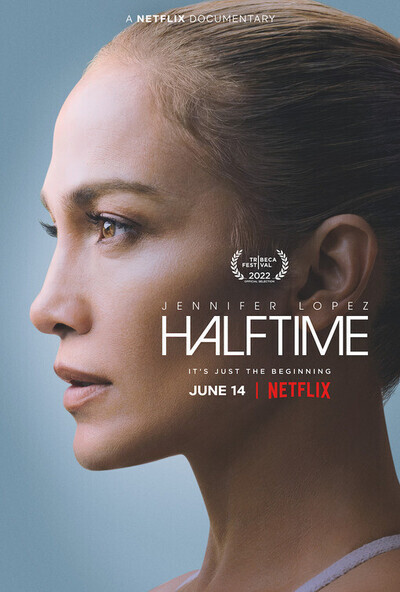 Jennifer Lopez as Self

Ben Affleck as Self