The Boy Next Door

The cheese is thick and it smothers everything in “The Boy Next Door,” but it’s never quite gooey or spicy enough.

“The Boy Next Door” has its share of so-bad-they’re-good moments – and details, and chunks of dialogue – but not nearly enough. Mostly, they’re just bad. And it had such potential too, starting with the casting.

Jennifer Lopez stars as the WASPily named Claire Peterson, the hottest high school English teacher in the San Fernando Valley. How she finds time to blow out her hair and apply full makeup every morning – complete with smoky eyes and glossy lips – while also serving as a single parent to her teenage son, Kevin (Ian Nelson), is the film’s real mystery. At night, she lounges around in flimsy tank tops and teddies that cling to the actress’ world-famous posterior. Buffed and polished to a high sheen, J-Lo is 45 and has never looked better – and that’s actually part of the problem. A woman who’s a little more vulnerable, and a little less of a force of nature, might have been a more believable mark.

Claire has been lonely lately since separating from her philandering husband, Garrett (John Corbett). And the sweet but slightly nerdy Kevin could use a strong male figure around, too. So it’s perfect timing when the handsome and muscular Noah (Ryan Guzman) moves into the house next door to help his ailing uncle (who distractingly resembles Johnny Knoxville in his “Bad Grandpa” makeup). We actually see his biceps before we see his face. But there’s so much more to him than just his looks; in the screenplay from first-timer Barbara Curry, he’s hilariously too good to be true.

Noah fixes cars and cleans out storm drains. (The first thing he repairs is Claire’s broken garage door. How’s that for a sexual metaphor?) He can beat up the bullies who antagonize Kevin and give the kid enough confidence to ask out the prettiest girl in school. But he’s also a scholar, and can quote extensively from “The Iliad.” (The way this classic piece of literature is used throughout the film inspired unintentional laughter during the screening I attended.) And so, at age 19, he finagles his way into Claire’s English class, having never graduated from high school because of his troubled, orphaned past.

On the one night a year that it rains in Los Angeles, after a couple glasses of wine, Claire gives in to Noah’s flirtations and sleeps with him in a scene that’s admittedly quite steamy, despite Lopez’s no-nudity clause. The next morning, though, as she’s gathering her things and preparing to do the (quick) walk of shame, Noah’s clingy, intense freak-out should be her first clue that something is a little off with this guy.

From here, there are multiple instances of elaborately threatening behavior which should be enough cause for Claire to go to the police, but then we would have no movie. Instead, we watch as she scrambles and fumbles in hopes of appeasing this psycho – and inadvertently places herself and her family in further danger. Cohen directed the first “Fast and Furious” movie from 2001, and he gets the chance to insert one decent car chase as a reminder of what he’s capable of doing with more lively material.

Only the insane (and insanely violent) climactic showdown, in a burning barn, of all places, finally gives the people what they want. You’ll howl, you’ll squirm, you’ll applaud with disgusted glee – and you’ll wish that the rest of the film were that much fun. 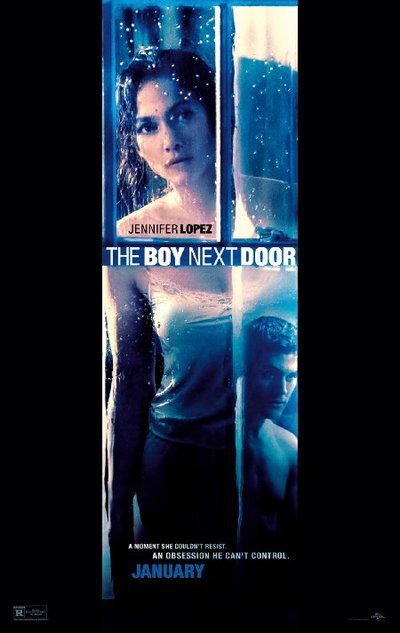