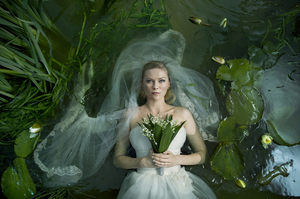 As the opening night of the Cannes International Film Festival approaches, a host of Riviera amenities and services hope to lure my business via solicitous e-mails. Would Madame perhaps like to hire a helicopter for the journey from the Nice airport to the Festival Palais? Rent a limousine with a multilingual driver? Charter a yacht or rent a fully staffed villa with swimming pool (photos handily attached)?

Me, I'm just in the market to rent a no-frills mobile phone with a European SIM card, and I'll be taking an inter-city bus from the airport, but you get the picture. The sparkling goodies of this playground of millionaires are dangled before the thousands of accredited journalists, theater programmers, film buyers, and filmmakers soon to be heading for the legendary festival. Most of us will be pinching the Euros until they scream, but nonetheless enjoying the nonstop spectacle provided by those who get to ride around in helicopters.

The festival opens the night of Wednesday, May 11 with Woody Allen's "Midnight in Paris." "Monsieur Woodee," as the French are wont to call him, made his first visit ever to Cannes in 2002, when his "Hollywood Endings" opened the festival. Although the film was disappointingly lackluster, it certainly made no difference to his French fans, who hailed him like an emperor. I watched Allen on that occasion from a seat among the hyper-excited audience, marveling at his frail stature, almost inaudible voice, and the shrinking body language that made him seem an incongruous god of cinema. 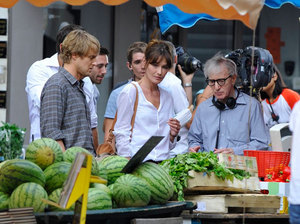 "Midnight in Paris," Allen's 46th film, appears to be following the Eurocentric trend of other recent films including "Match Point," "Vicky Cristina Barcelona," and "You Will Meet a Tall Dark Stranger." A romantic comedy, it seems the theme comes down to exploring whether the grass is greener on the other side of the fence--if the fence is in Paris. The cast, which includes three Oscar winners, is another intriguing international mix: Marion Cotillard, Rachel McAdams, Owen Wilson, Adrien Brody, and Cathy Bates.

Danish maverick director Lars Von Trier ("Antichrist") returns to the festival with "Melancholia," an apocalyptic science fiction film about the relationship of two sisters as a planet threatens to collide with the earth. It stars Kirsten Dunst and Charlotte Gainsbourg, who won Best Actress at Cannes in 2009 for her role in "Antichrist."

At his best, von Trier unleashes in his films a very unsettling and indelible sort of myth-making. From "Antichrist," I remember not the notorious scenes of torture, but the image of the talking fox that eerily intones the line "Chaos reigns," and the creepy, vague aura of the supernatural. At least at a distance, "Melancholia" sounds like ripe material for him.

But this festival is not only about the movies; it's a capsule view of the whole world movie scene from high to low. Just as an Oscar show is a disappointment without an unforeseen incident or two, Cannes wouldn't be Cannes without the major and minor scandals that people talk about for years. Lars Von Trier is the guy who called Roman Polanski a midget upon receiving an award for "Europa," (aka "Zentropa,") back in 1991. That night he set fire to his award scrolls on the beach for the benefit of a Danish TV crew. Can this perpetual bad boy be counted on for some bad behavior? It remains to be seen whether he'll dare to take on tough-guy jury president Robert De Niro. 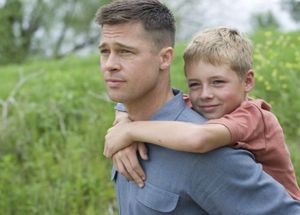 The Cannes competition selection includes films that promise to be formidable awards contenders, judging by the reputations and past records of the directors alone. Terrence Malick's "The Tree of Life," starring Brad Pitt, Sean Penn, and Jessica Chastain, has been hotly anticipated for more than a year, and it the only American film in competition. This father-son story about a family with three boys was speculated to be in 2010 Cannes, then didn't appear, and was later rumored to be making its appearance at a number of other major festivals but didn't appear. Malick has the cultiest of cult reputations, and this is only his fifth feature. For better or for worse, "The Tree of Life" is likely to be the feeding frenzy film of the festival.

Just based on track record, the Belgian Dardenne brothers Luc and Jean-Pierre will be the ones to beat. Two-time Palme d'Or winners with "Rosetta" in 1999 and "The Child" in 2005, they're back in competition with "Boy with a Bike." Like all of the Dardenne films, it's guaranteed to be a chronicle of working class life, and as the title suggests, centered on a child.

I'm especially looking forward to the new Aki Kaurismaki film "Le Havre," starring Truffaut's iconic actor Jean-Pierre Leaud and the director's frequent leading lady Kati Outinen ("The Match Factory Girl," "Man without a Past"). Finland's master of dark deadpan comedy can always be counted on for pathos to the max. I'm also anticipating "Once Upon a Time in Anatolia" by Turkish director Nuri Bilge Ceylan, whose three previous haunting and visually stunning films "Three Monkeys," "Climates," and "Distant," were all Cannes award winners.

Of special interest among the festivals' Asian selection is "Hara Kiri: Death of a Samurai" by Takashi Miike, renowned for his quirky approach to sex and violence. This is the first 3-D film selected for Cannes competition, and it will be interesting to see how Miike handles the 3-D format. In the words of the film's publicist Richard Lormand: "Pull out your hankies, it's a tearjerker." 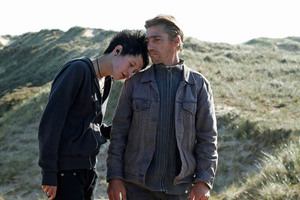 The "Un Certain Regard" section of the festival, which usually features a more adventurous and wide-ranging selection, opens with "Restless" by Gus Van Sant. It sounds like something of a ghost story with teenage protagonists. Provocation of one kind or another is virtually guaranteed by the presence of "Hors Satan" by Bruno Dumont, "The Day He Arrives" by School of the Art Institute of Chicago alumnus Hong Sangsoo, and "Arirang" by Kim Ki-duk in this section. Each of these directors brings such a strikingly individual world view to his films that I am always eager to see any of their new work.

Over ten days, the Riviera may be flaunting its loveliest of attractions for the benefit of high-rollers, but the greatest riches will most definitely be on the screen. And, as in past years, I'll be keeping an eye out for the presence of cats on the screen, in order to bestow my pretend Palme d'Whiskers for best feline performance. As a cat person, I feel obliged to uphold the honor of the feline species, seeing as dogs have been unfairly favored as movie stars over the entire history of cinema. This year's Cannes festival won't be going to the dogs if I can help it! 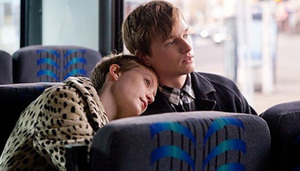