The Heart of the Film: Matt Schrader and Marco Beltrami on “Score: A Film Music Documentary”

Alfred Hitchcock once admitted that “33 percent of the effect” of his thriller “Psycho” (1960) was due to composer Bernard Herrmann’s revolutionary score.

Director Matt Schrader probably would up that amount to at least 50 percent. His “Score: A Film Music Documentary,” which opens June 16, explores the impact of music on moviemaking, from the silent era to the modern digital age. “I’ve long been amazed by the power of music in film,” said Schrader, who quit his job as a television network producer to make “Score,” his first movie.

Ahead of the film’s opening, we spoke with Schrader and Beltrami, a two-time Oscar nominee himself. “Score” will roll out on a national platform release, starting today.

“Score” is billed as the first-ever documentary on film scoring. Is that possible?

MATT SCHRADER: Yes, I didn’t believe it, either, at first. The BBC did a three-part series [“The Sound of Cinema: Music That Made the Movies,” 2013] but it didn't touch on famous film scores. It’s interesting but hard to find. There really hasn’t been much on this topic. [Editor’s Note: Around the same time that “Score” went into production, a similarly themed documentary, “Chasing Notes,” was announced; though it’s played festivals, it doesn’t yet have a distributor or a release date.]

“Score” is obviously a passion project for you. How did it get started?

MS: I had this idea for a long time to do something on film composers. I kept telling myself it would be done by someone else. But at a certain point, I decided if no one else was going to make this film, I’d do it myself. Maybe [Hans] Zimmer or other big names wouldn’t talk to us. You don't know until you take a chance. I would regret not taking a leap to see if this is possible. I was surprised so many composers embraced the idea and were willing to share their secrets with us. We have 10 hours of interviews on hard drives; we’ll probably release them online sometime. 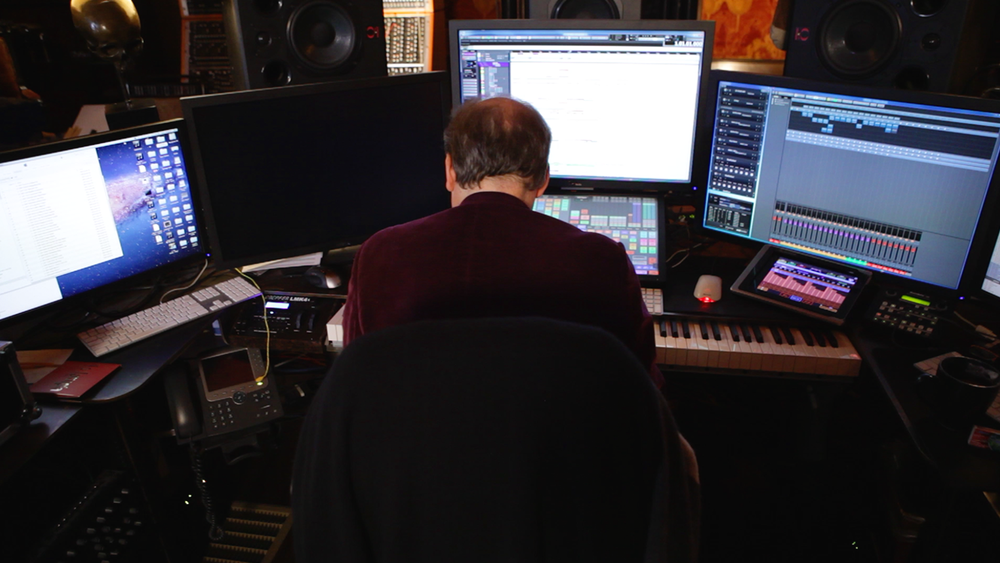 With more than 50 on-camera interviews in “Score,” how did you determine your subject pool?

MS: We looked for composers who were well known for innovations that they brought to this industry.  We wanted to focus on films with music that had changed the industry and that made other people want to emulate their achievements. We reached out to a lot of composers but there was a handful we couldn’t get. What we didn’t realize is that most work on five or six films a year. There’s not much down time. We had to work with their schedules so they could find the time to talk to us. So most of the interviews were shot after 6 p.m. or after hours. But we squeezed them in one way or another.

Running throughout “Score” are debates about the most influential film composers of all time, with Max Steiner, Jerry Goldsmith and John Williams among the leading contenders. Do you have your own favorite film composers and scores?

MS: After doing “Score,” I’m at a point now where naming a favorite is like picking your favorite child. It’s not possible. I have a handful but they’re different now than what I thought they were when I started on “Score.” Right now, my favorite is the last 18 minutes of “E.T.” It’s all music, no dialogue, and you’re along for this ride that builds to an incredibly triumphant ending. Not many films can equal what John Williams did with this score.

MARCO BELTRAMI: The most influential to me are Bernard Herrmann, Nino Rota and Ennio Morricone. They inspired me to get into the business. When I’m composing, I can hear their voices in the background. I try to channel them in my work. As for my favorite score, I’d probably go with “Fantasia” (1940) — it’s got all the classics, such as Beethoven, Bach and Tchaikovsky.

Speaking of classical music, many film composers studied composition and theory with 20th masters. Marc, your own studies ran the gamut from Italian avant-garde composer Luigi Nono (1924-1990) to Hollywood icon Jerry Goldsmith (1929-2004). What did you learn from each one?

MB: With Luigi, we mainly talked about politics. Half the time I didn't know what he was talking about. [A complex and sometimes divisive figure, Nono once stated “the genesis of every work of mine springs from some human provocation.”] But there were some themes that he helped me deconstruct. I’ve always been interested by what's American and what's urban. Musically, I’m fascinated with how we're a melting pot and that's what helped drive me into film. We had many conceptual conversations about what music is and how it is formed.

From Jerry, I learned the importance of being economical, to keep it simple as possible and easy to digest. When I had to write the score for the remake of “The Omen” [Goldman wrote the original], I realized that he basically wrote that score with just three notes, which were the essence of everything in the movie. That discovery was really eye-opening for me.

MB: Often, the decision is off my plate; the studio will tell me not to reference them [the original scores] but I try to do so. For instance, “3:10 to Yuma” was a salute to Morricone and his spaghetti Western scores. And every now and then I can throw in a little motive [from the original] in my scores. With Jerry, I wanted to do a tribute without copying him. So I did that by figuring out his approach to “The Omen.”

Marco, another important mentor for you was Wes Craven, who hired you to score “Scream” (1996). Can you talk about the impact he’s had on your career?

MB: That's what I love about film scoring; everyone imparts something to you. Wes was a master at understanding the emotional state of an audience; he knew how to get inside their minds and lead them down unexpected paths, and how to walk between the lines of fear and humor. And yet he had a very easy manner. It was strange — nervous but comforting at the same time. When I’m in a bind, I’ll often ask myself, “What would Wes do?” I’ll always remember him fondly.

Along with directing “Score,” Matt, you also edited it, along with Kenny Holmes. Considering all components in play, that’s an amazing achievement.

MS: The editing process of “Score” was really difficult. It took us six or seven months. We wanted to be able to weave together the musical ideas that run throughout the film. To do that was kind of tricky. We didn't get it right the first time, but then we started to find our groove.

MB: I’m very impressed with “Score,” it is so well done, especially all the interviews Matt got and the way he tied them together. They’re really compelling, and it’s not an easy task. I’m honored to be a part of it. Hopefully, he'll do more films. 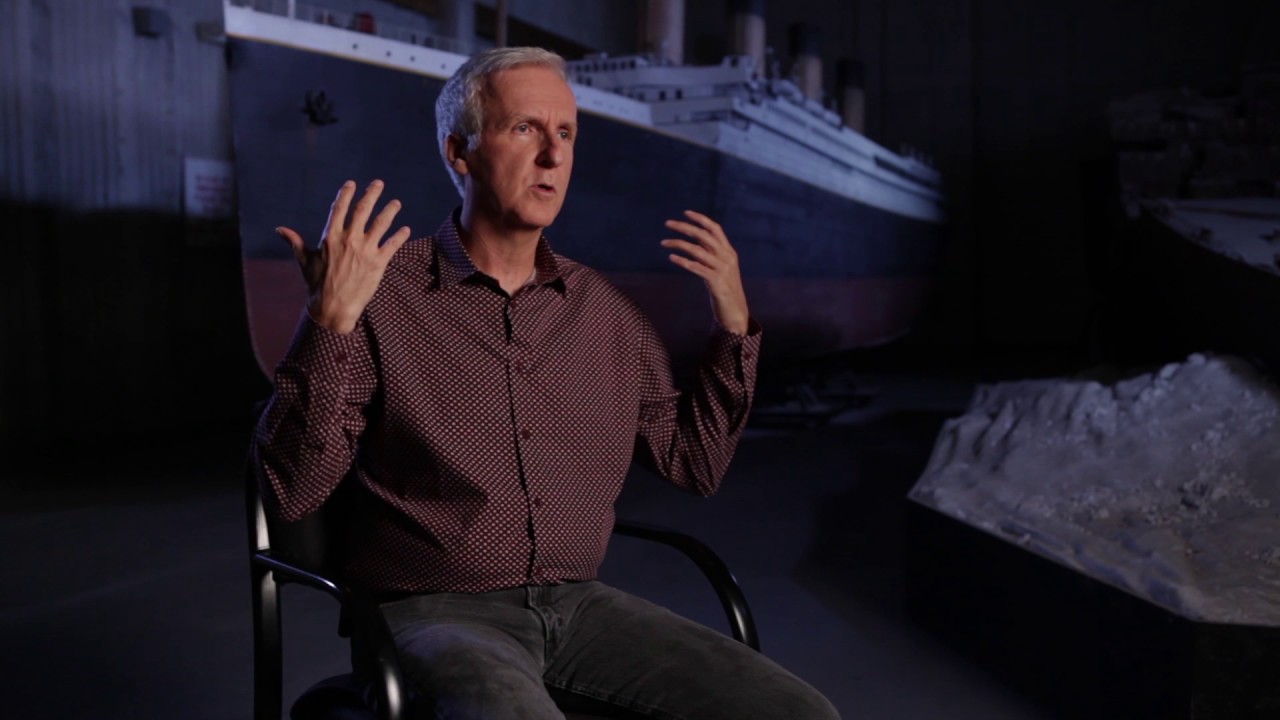 In “Score,” James Cameron talks about how the score is the “heart of the film … it holds everything together emotionally.”

MB: I agree. The score carries out emotional context of the film. Music works in sort of a subversive way. It manipulates your feelings without you being aware of it.

MS: Music is a component that allows a story to be told in a way that it couldn’t be told otherwise. It is the glue that holds everything together emotionally. For instance, in “Star Wars,” when you hear the Darth Vader theme, you know that something bad is going on, even though you don’t see anything. You can end up with incredibly creative storytelling through the use of different musical ideas.

So in a sense, movies largely owe their impact to music?

MB: A good score can't make a bad movie perfect but can make a good movie better or even great. That speaks to how powerful this art form is.

MS: You can look at any good score, and if you take away the music from the images, you are a missing a huge part of what makes a film a film. The pictures are going to do a lot of the storytelling. They serve as the intellectual structure but what you're missing is the heart. The music is the only thing that can do that. Without music, a movie is not really going to move people.