“​Twin Peaks: The Return”​ has floored its fan base so effectively that a weeklong wait between episodes (or worse, two weeks) can feel downright eternal. The fans are hooked, and the memes, Reddit theories, and worn copies of Mark Frost’s ​The Secret History of Twin Peaks​ prove it. If there’s a healthy and effective way of treating ​this mania, I’ve yet to see it.

Lord knows I’ve tried. There’s my virgin nosedive into “The X-Files,” a descendant of “Twin Peaks​” that also combines the procedural and supernatural. Because, for heck’s sake, it’s nice outside, I’ve taken a scenic stroll along an arbor-strewn Connecticut mountain or two. Mostly, though, I’ve been returning to ​“The Hidden​,” a 1987 thriller about an FBI agent’s pursuit of an insect-like alien that adopts human bodies to spread hysteria and murder. The agent is played by Kyle MacLachlan, fresh off two consecutive collaborations with David Lynch—“Dune” and “Blue Velvet"—which were bizarro riffs on space opera and noir, respectively. The film was released three years shy of ​“Twin Peaks​”’ network premiere. 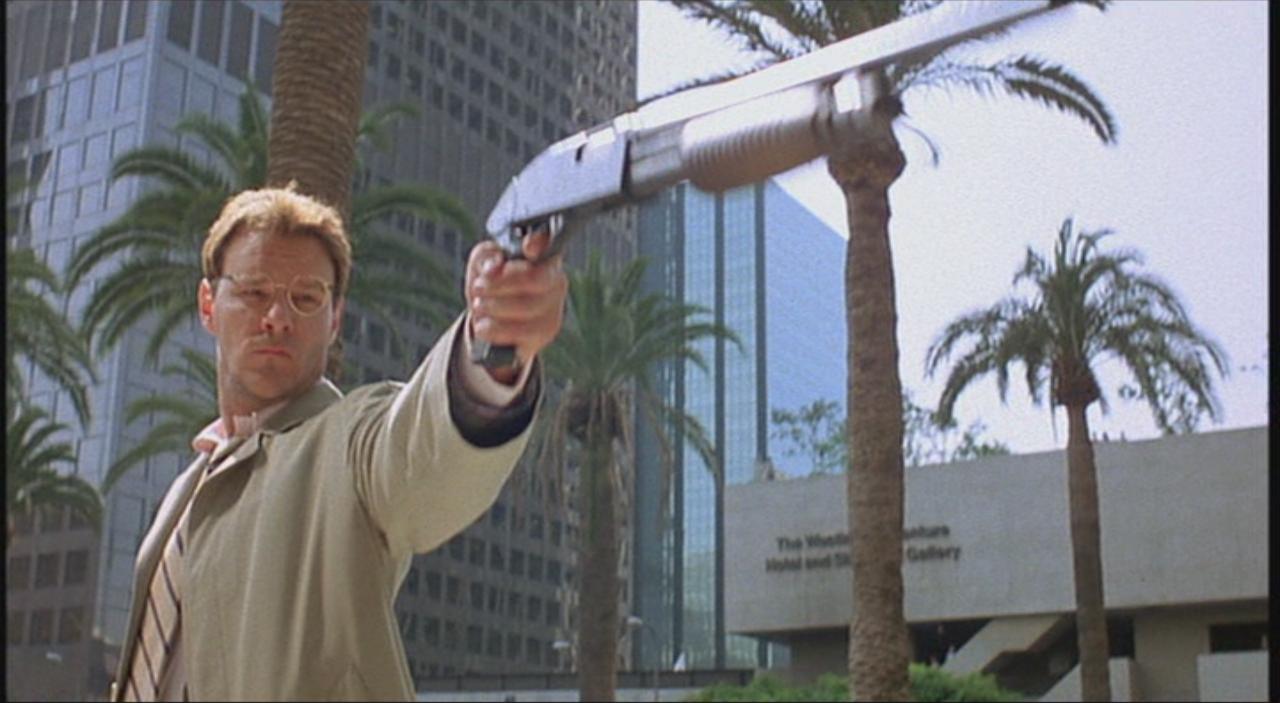 Even before ​“Twin Peaks: The Return​” premiered, ​“The Hidden” offered a lot for “Twin Peaks” junkies to mine. Aside from that base plotline and shared star, there is also the matter of the very first scene, which sees the calm domesticity of a local bank disrupted by the murderous hand of Chris Mulkey, best known as Norma’s jailbird hubby Hank on ​the original “Twin Peaks.” Here, his actions are influenced by the as-yet-unseen alien. The character’s stiff, entranced, catatonic state bridges the gap between extraterrestrial and demonic possession.

Then there’s the gruff skepticism of Michael Nouri, the kind of practical-minded authority figure later embodied by Miguel Ferrer and Michael Ontkean. In both “The Hidden” and “Twin Peaks,” MacLachlan’s agent is precise in his skills, an ace shot when given the opportunity. In both projects, MacLachlan’s demeanor is bizarre and otherworldly. It's evident halfway through ​“The Hidden”​ that Agent Gallagher’s delay in accepting social cues can’t just be chalked up to the fact that he’s from Seattle, though people tend to pick up on this more quickly than they do Dougie/Cooper’s delayed reactions in “Twin Peaks: The Return.”

They differ mostly in terms of tone. Compared to the laid back, soap-operatic pace of “Twin Peaks,” “​The Hidden”​ bolts ahead in a hail of bullets, grenades, and Italian sports cars. It’s an exploitation film first, and secondarily a riff on the earnest buddy cop narrative. Really, it’s a shoot-'em-up that has an alien plot dropped into it. It sets up its villain’s motives as fairly simple—survival, mobility, and enjoyment of the simple pleasures of the flesh, be it in a loud heavy metal soundtrack (Lords of the New Church!), the burning of rubber, or raw sexuality. 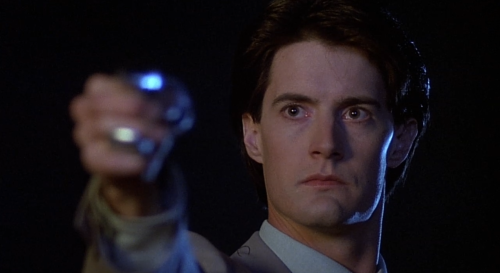 Which is not to say it doesn't know when to slow down. As in much police fiction, there’s an emphasis on family, introduced when Nouri invites MacLachlan to his picket-fenced home (shades of “Blue Velvet”) complete with a beautiful wife and daughter. This allows for a deepening of Nouri, a glimpse into the sympathies and softness beneath his hard exterior. Agent Gallagher is eccentric and sincere. He doesn’t chime along with the ribbings other cops make about how good their buddy’s wife was last night.


Though I do prefer Lynch’s take on this sort of material, Jack Sholder has proven himself an excellent filmmaker in his own right. His narratives are less abstract than those of Lynch; you're unlikely to see much in the way of red herrings. He's more straightforward in presenting the beats of genre fiction, his sense of irony less explicit. Both being men of a similar age (Sholder is one year Lynch’s senior), you get a sense of the generation of paranoid, monster-based science fiction that they grew up watching. You also understand where the genres of procedural and sci-fi were at the time when both men got involved in filmmaking. Their efforts during this time period, the late ‘80s through early ‘90s, seem to be reactions to where the genres were at that time—the buddy cop film was ubiquitous by 1987 and television in Frost and Lynch’s heyday was shaped by “​Hill Street Blues​” and primetime soap operas. Melodrama is an emotional and accessible genre, and it's what ​“Twin Peaks​” is at the core, which may partly explain why it has endured. 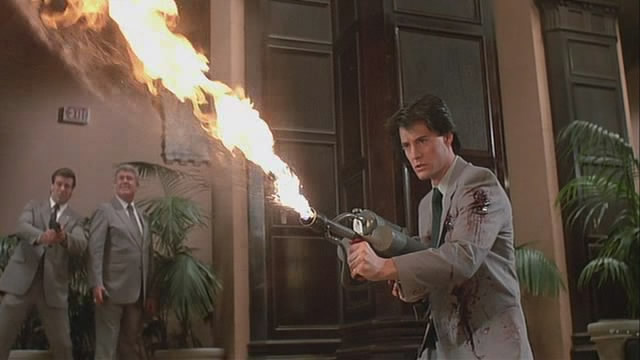 “​The Hidden​” has the advantage of packaging the bizarre genre hybrids into a two-hour time slot, but its web of characters is more weakly developed, and its iconography is far less distinguished. Its surface area is too ordinary, which is both a blessing and a curse. “The Hidden” was the third feature directed by Sholder, a horror filmmaker who brought New Line Cinema varying returns in the ‘80s. The financial failure of his film “Alone in the Dark​” (1982) was reversed by the smash ​“A Nightmare on Elm Street 2: Freddy’s Revenge” (1985). Both remain cult favorites, particularly for their genre revisions. ​“Alone in the Dark,​” a vehicle for aging actors Martin Landau, Jack Palance, and Donald Pleasance, asks “What happens to homicidal maniacs ​after​ they’ve spent decades in the clink?” His biggest success, the divisive second entry in the ​“Nightmare” franchise, has built a cult based upon its flipping of gender roles as well as its rousing queer subtext: Mark Patton, a gay actor, inhabits the film’s take on the traditional “scream queen.”

From the 1950s onward, we’ve seen many films about extraterrestrials inhabiting human bodies, for purposes nefarious (both versions of “The Thing,” multiple “Body Snatchers” movies), friendly (“Starman”) and value neutral but still disturbing (“The Man Who Fell to Earth,” “Under the Skin”). In the cop movie scenes, Sholder apes contemporaries like William Friedkin (​“To Live and Die in LA”) and Michael Mann (“Thief”) while anticipating more sexualized genre exercises like ​“Species​” and ​“Under the Skin”​ by having the alien use a stripper as a host. Episode eight of “Twin Peaks: The Return” concludes with the appearance of a hideous insect-creature that finds its way into human bodies, a scenario that recurs throughout “The Hidden.”

Is it Sunday yet?