"The Messenger" discussed by Omar Moore of London and San Francisco 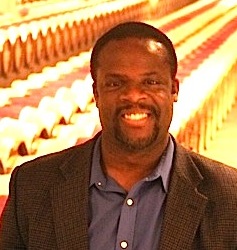 Hello, I'm Omar Moore. I was born and raised in London, where I grew up before moving to New York City with my parents. After branching out in the Big Apple on my own for a number of years, I moved west to San Francisco. I love America and its promise. We all need to do our small part to make this great country even better for all. Where a film is concerned, it is never "only a movie." Images mean something. They have unyielding power and influence, whether in "Birth of A Nation," "Un Chien Andalou," "Night Of The Hunter," "Killer Of Sheep," "Persona," "Psycho," "A Clockwork Orange," "Blazing Saddles," "Straw Dogs," "Soul Man," "Chameleon Street," "Do The Right Thing," "Bamboozled" or "Irreversible." A filmmaker generally doesn't put images in a film if they are meaningless.

My love affair with film -- with cinema -- has endured for decades now, and my girlfriend shares the same passion for movies. I am awestruck by the brilliance of Alfred Hitchcock's "Vertigo" - the essence of perception and recollection. I love the haunting quality of Fellini's "La Dolce Vita." I adore the visions of Kubricki n the great "2001: A Space Odyssey" and the beauty of "Eyes Wide Shut."

I am intrigued by Antonioni's "Blow-Up." I respect and admire Sidney Poitier, John Cassevetes, Oscar Micheaux, Spike Lee, Ingmar Bergman, Oliver Stone, Luis Bunuel, Ruby Dee, Ossie Davis, Meryl Streep, Danny Glover, Jodie Foster, Tilda Swinton, Samuel L. Jackson, Robert Redford, Sidney Lumet, Euzhan Palzy, Melvin Van Peebles, Denzel Washington, Steven Soderbergh, Kathryn Bigelow, Pedro Almodovar, Akira Kurosawa, Michael Douglas, Quentin Tarantino, Michael Mann and Martin Scorsese.
I am thrilled by the strength and potency of the 1930s, '40s and '50s women of Howard Hawks' great films. I long for those women to be represented again in 21st century Hollywood films, for they are sorely lacking, especially in today's romantic comedies.
I remember that the remarkable artist and educator Ayoka Chenzira once asked me, "which language do you think in?" I don't recall my answer of years ago but today if she asked my response would probably be, "celluloid". I am a lawyer, athlete, celebrity interviewer, member of the San Francisco Film Critics Circle, photographer, journalist, politics junkie, sports addict (ardent Watford Football Club fan), music lover and the creator and editor of The Popcorn Reel, the movies, features and review website I own.
I also write for Examiner.com and have had three letters published in The New York Times. Twitter, YouTube and Facebook will soon become my middle names.