The film has the structure of a thriller, with the possibility that conspiracies and murders have taken place. It also resembles a nightmare; a series of strange characters drift in and out of focus, puzzling the hero with unexplained details of their lives. The reconciliation at the end of the film is the one scene that doesn't work; a film that intrigues us because of its loose ends shouldn't try to tidy up.

Tom Cruise and Nicole Kidman star as Dr. Bill and Alice Harford, a married couple who move in rich Manhattan society. In a long, languorous opening sequence, they attend a society ball where a tall Hungarian, a parody of a suave seducer, tries to honey-talk Alice ("Did you ever read the Latin poet Ovid on the art of love?''). Meanwhile, Bill gets a come-on from two aggressive women, before being called to the upstairs bathroom, where Victor (Sydney Pollack), the millionaire who is giving the party, has an overdosed hooker who needs a doctor's help.

At the party, Bill meets an old friend from medical school, now a pianist. The next night, at home, Alice and Bill get stoned on pot (apparently very good pot, considering how zonked they seem), and she describes a fantasy she had about a young naval officer she saw last summer while she and Bill were vacationing on Cape Cod: "At no time was he ever out of my mind. And I thought if he wanted me, only for one night, I was ready to give up everything ... .'' There is a fight. Bill leaves the house and wanders the streets, his mind inflamed by images of Alice making love with the officer. And now begins his long adventure, which has parallels with Joyce's Ulysses in Nighttown and Scorsese's "After Hours,'' as one sexual situation after another swims into view. The film has two running jokes, both quiet ones: Almost everyone who sees Bill, both male and female, reacts to him sexually. And he is forever identifying himself as a doctor, as if to reassure himself that he exists at all.

Kubrick pays special attention to each individual scene. He makes a deliberate choice, I think, not to roll them together into an ongoing story, but to make each one a destination--to give each encounter the intensity of a dream in which this moment is clear but it's hard to remember where we've come from or guess what comes next.

In rough-draft form, this masking evoked Austin Powers' famous genital hide-and-seek sequence. I have now seen the polished version of the technique, and will say it is done well, even though it should not have been done at all. The joke is that "Eyes Wide Shut'' is an adult film in every atom of its being. With or without those digital effects, it is inappropriate for younger viewers. It's symbolic of the moral hypocrisy of the rating system that it would force a great director to compromise his vision, while by the same process making his adult film more accessible to young viewers.

Kubrick died in March. It is hard to believe he would have accepted the digital hocus-pocus. "Eyes Wide Shut'' should have been released as he made it, either "unrated'' or NC-17. For adult audiences, it creates a mesmerizing daydream of sexual fantasy. The final scene, in the toy store, strikes me as conventional moralizing--an obligatory happy resolution of all problems--but the deep mystery of the film remains. To begin with, can Dr. Bill believe Victor's version of the events of the past few days? I would have enjoyed a final shot in a hospital corridor, with Dr. Bill doing a double-take as a gurney wheels past carrying the corpse of the piano player. 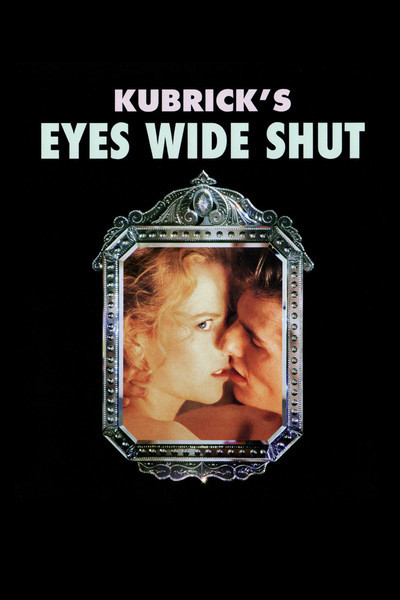