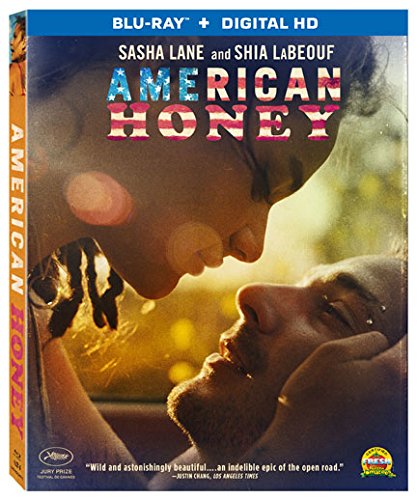 Andrea Arnold's free-flowing and beautiful study of the kids in America is one of my favorite films of 2016 (my #9 if you're counting) and a film that fell just short of the attention it deserved this awards season. Sure, it popped up at the Independent Spirit Awards and I wasn't alone putting it on my top ten, but I feel like this is a film that people will catch up with more as time goes by, and be looked at very fondly in years to come. Sasha Lane and Shia LaBeouf are wonderful as two members of a caravan of magazine salespeople who make just enough money to drink and screw their way to the next stop on their road trip. The plot is loose enough to not really matter. It's about energy, movement, youth, and that idealism that often gets destroyed by adulthood and responsibility. It's about America, and it's fantastic. 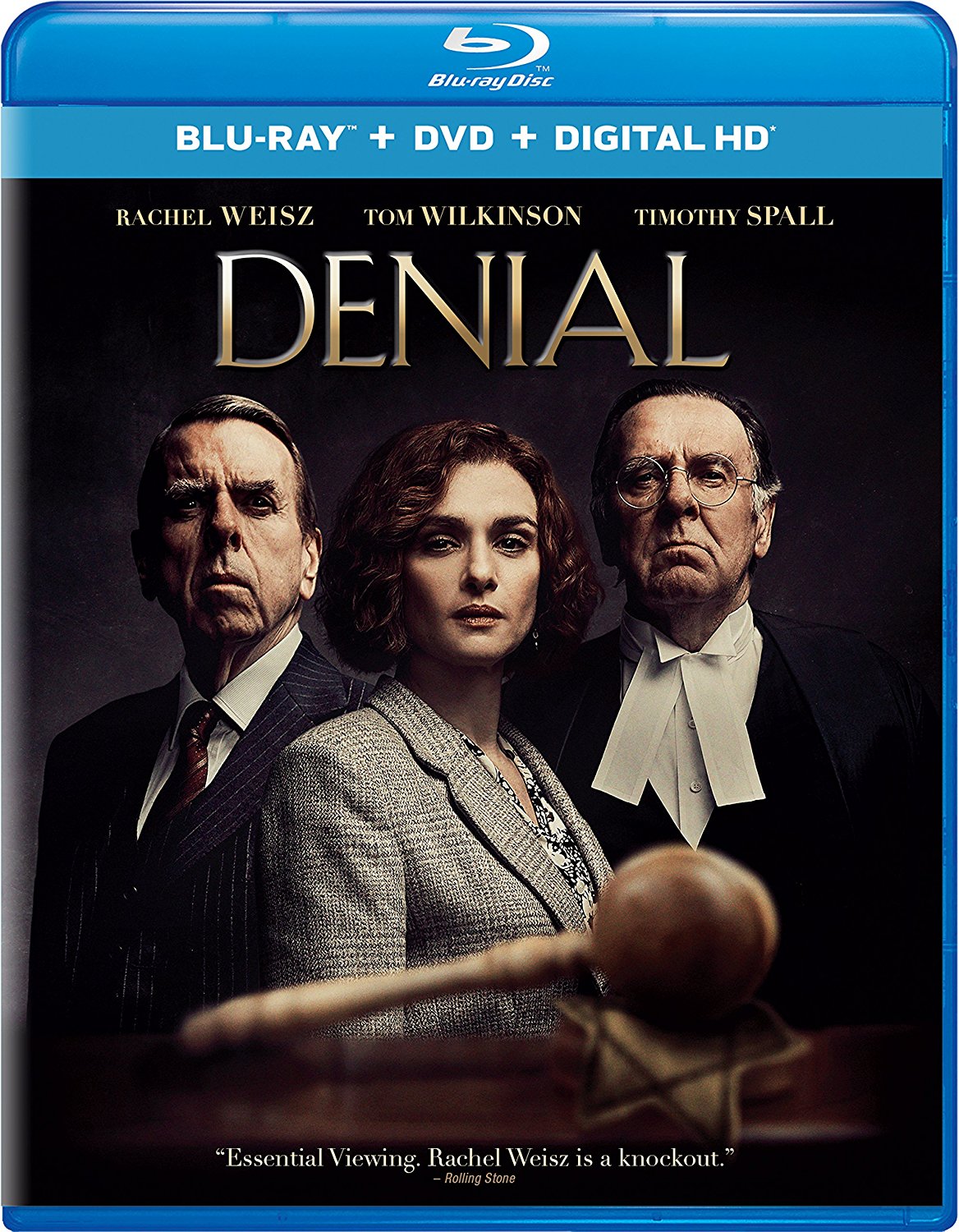 As much as I wanted to like this well-intentioned drama, the first hour is just too narratively inert and Rachel Weisz's performance, as great as she usually is, simply misses the mark here. There is something rather intriguing about the number of people who have drawn parallels between the David Irving (Timothy Spall) of this film and our soon-to-be President, but that analysis doesn't completely hold either. Mick Jackson's drama is basically at its best when it's in the courtroom, focusing on how hate speech is given credence by even arguing with it. The film eventually becomes an intriguing dissection of false equivalency, and Spall and Tom Wilkinson are great, but too much of it looks like a TV movie and it lacks the directorial spark to overcome that. A decent rental, but more for the conversations it could spark than the filmmaking itself. 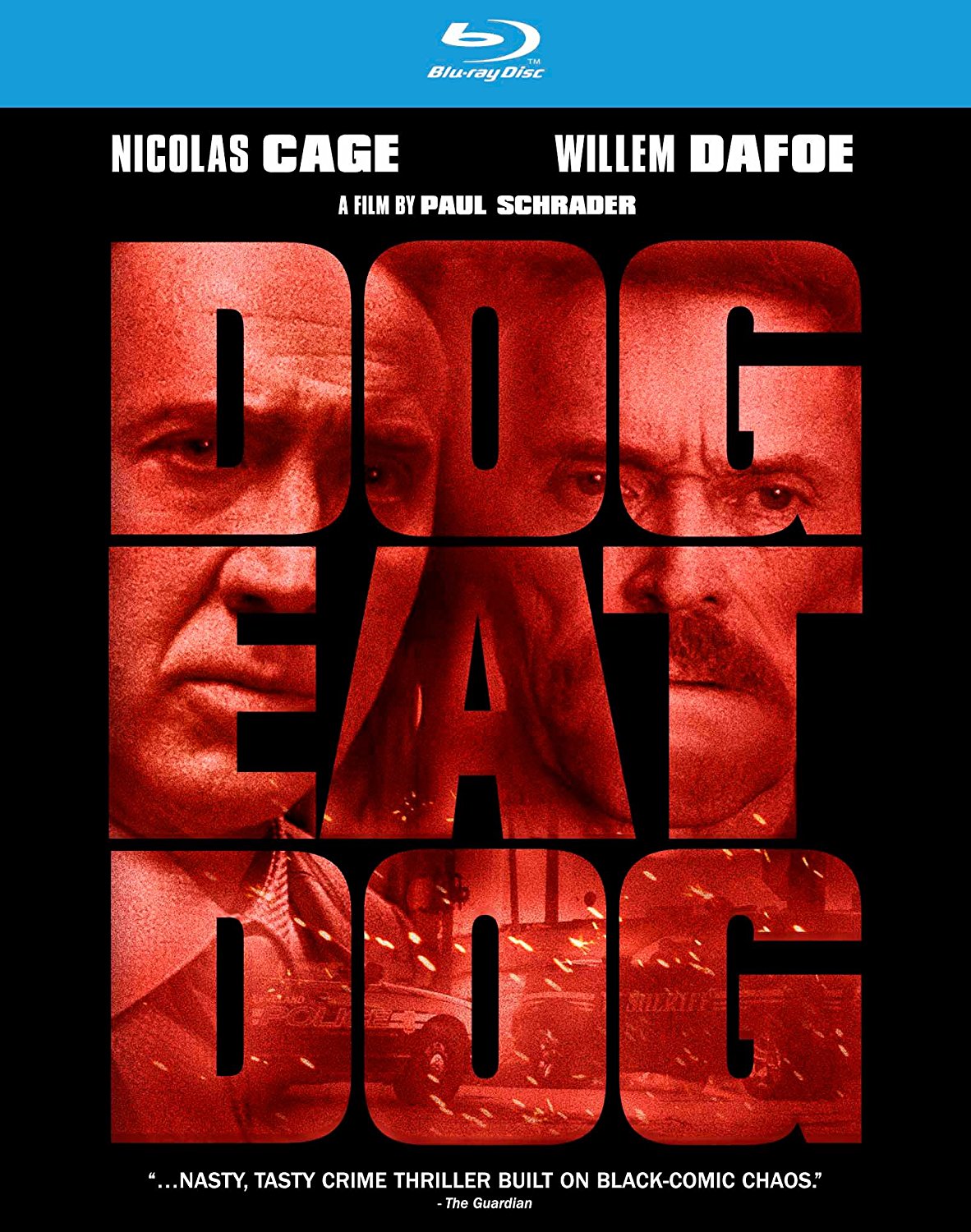 Just what the hell is Paul Schrader's latest? It starts with such a flurry of intense violence and psychedelic behavior that you expect one film. Then Schrader drains the color for a black and white sequence in a strip club and you start to wonder if it's a noir. And then it's a heist flick. And then it's an exploitation movie. Ultimately, all of these movies are kind of interesting on their own, but they never come together to form an interesting whole. Even the performances often feel like they're coming out of different films. Perhaps this is Schrader's intent—to make an incoherent film about incoherent people. But that makes for a long 90 minutes. 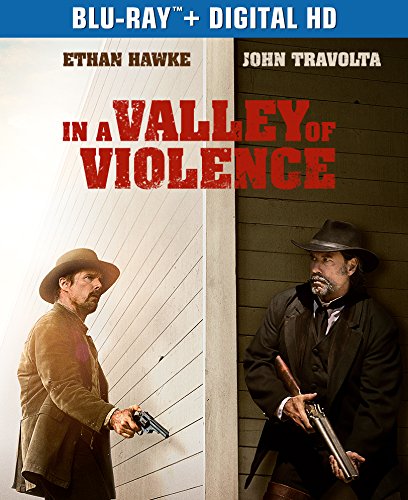 "In a Valley of Violence"

Ti West's most ambitious film to date deserved a bigger audience. If there's any cinematic justice, everyone who paid for a ticket for the remake of "The Magnificent Seven" should be forced to pay for one for this flick too. It's essentially a blend of "John Wick" and classic Western tropes in that Ethan Hawke plays a man who seeks vengeance on an entire town of deplorables after the death of his dog. The supporting cast here is phenomenal, especially James Ransone and John Travolta, but it's Ti West's clever twisting of genre expectations that really elevates the overall piece. It's one of those 2016 flicks likely to develop a cult following on the home market.

Special Features
Behind The Scenes of In a Valley of Violence 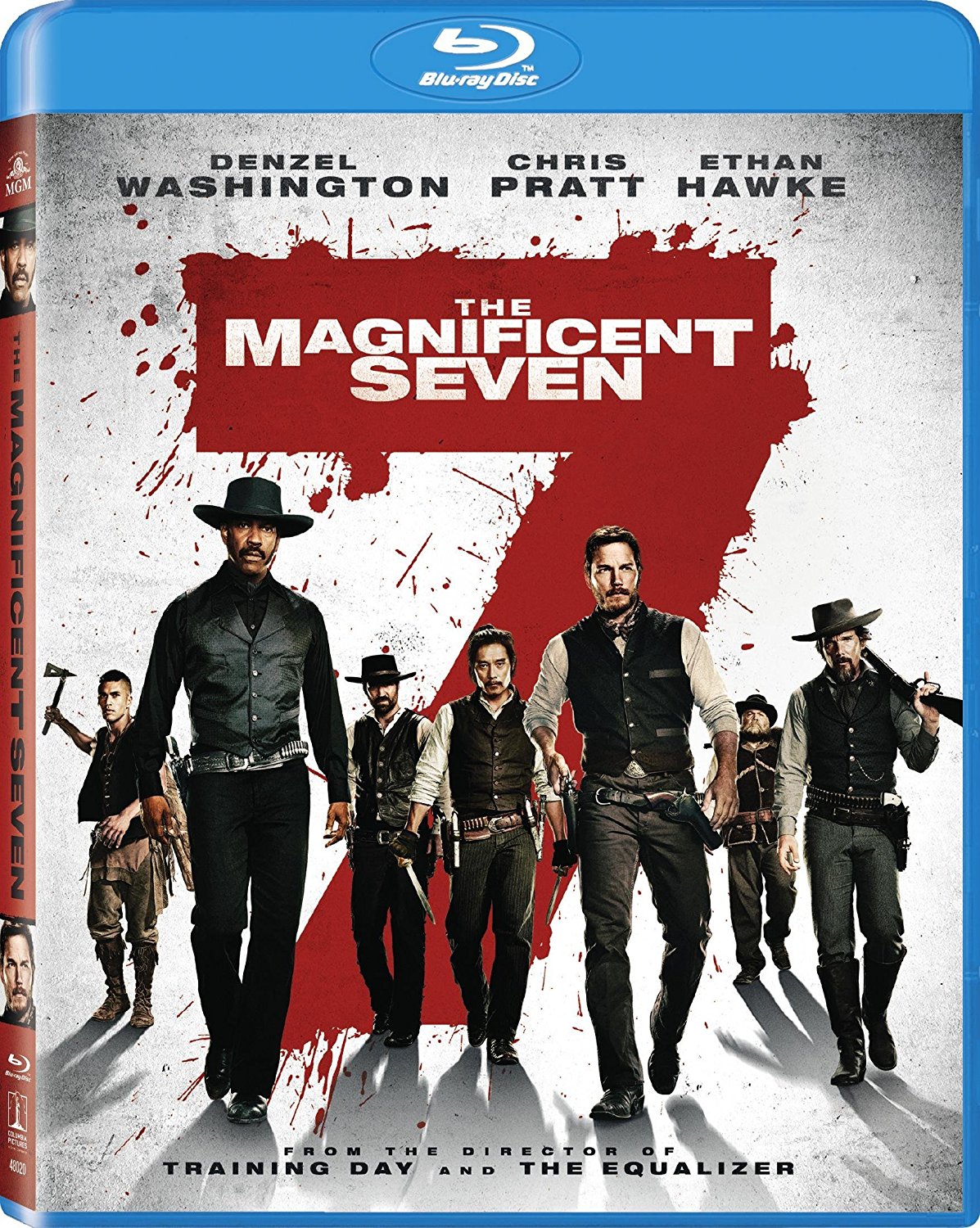 Antoine Fuqua's star-studded remake of the classic Western and Akira Kurosawa film became a surprisingly divisive one this holiday season. I encountered a lot of people who honestly dig this film, and have begun to wonder if it's not going to be one of those cable staples, a film that's on TNT/TBS/etc. once a week. It certainly fits that bill in that it's not particularly challenging and can be easily broken up into chunks that fit between commercials. It is the kind of thing that plays better at home, when one doesn't notice how much the film lacks in charisma and depth. In other words, it goes down easy at home, when you can focus on the strengths of the film, including Vincent D'Onofrio, Peter Sarsgaard, and Ethan Hawke. 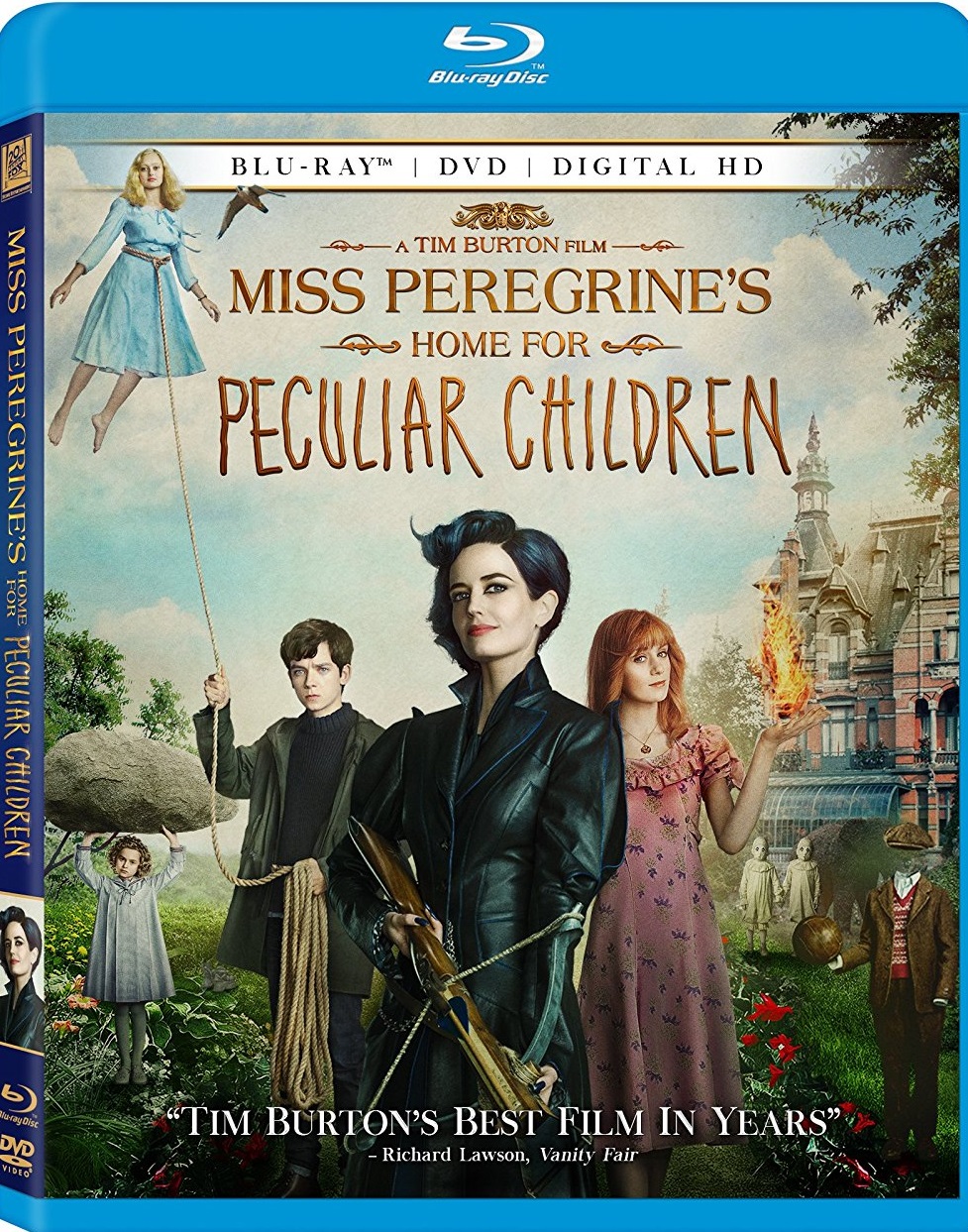 Tim Burton helped make me a movie fan. I'm the right age that the auteur's ascendance in the '80s and '90s was formative, and I still hold films like "Edward Scissorhands" and "Batman" close to my heart. So, I'm also one of those people greatly burned by the last two decades of the filmmaker's career. The adoration I have for early Burton is balanced by the hatred I have for hollow, awful films like "Charlie and the Chocolate Factory" and "Alice in Wonderland." Imagine my surprise at Burton's latest, a film that really shows sparks of that great Burton era for the first time this century. The first hour is really good, creating a world of vivid characters, including one brought to life by one of our most vivid actors (Eva Green). Sadly, plot gets in the way, but for the first time in ages I'm hopeful that the Burton I once loved is still capable of surfacing. 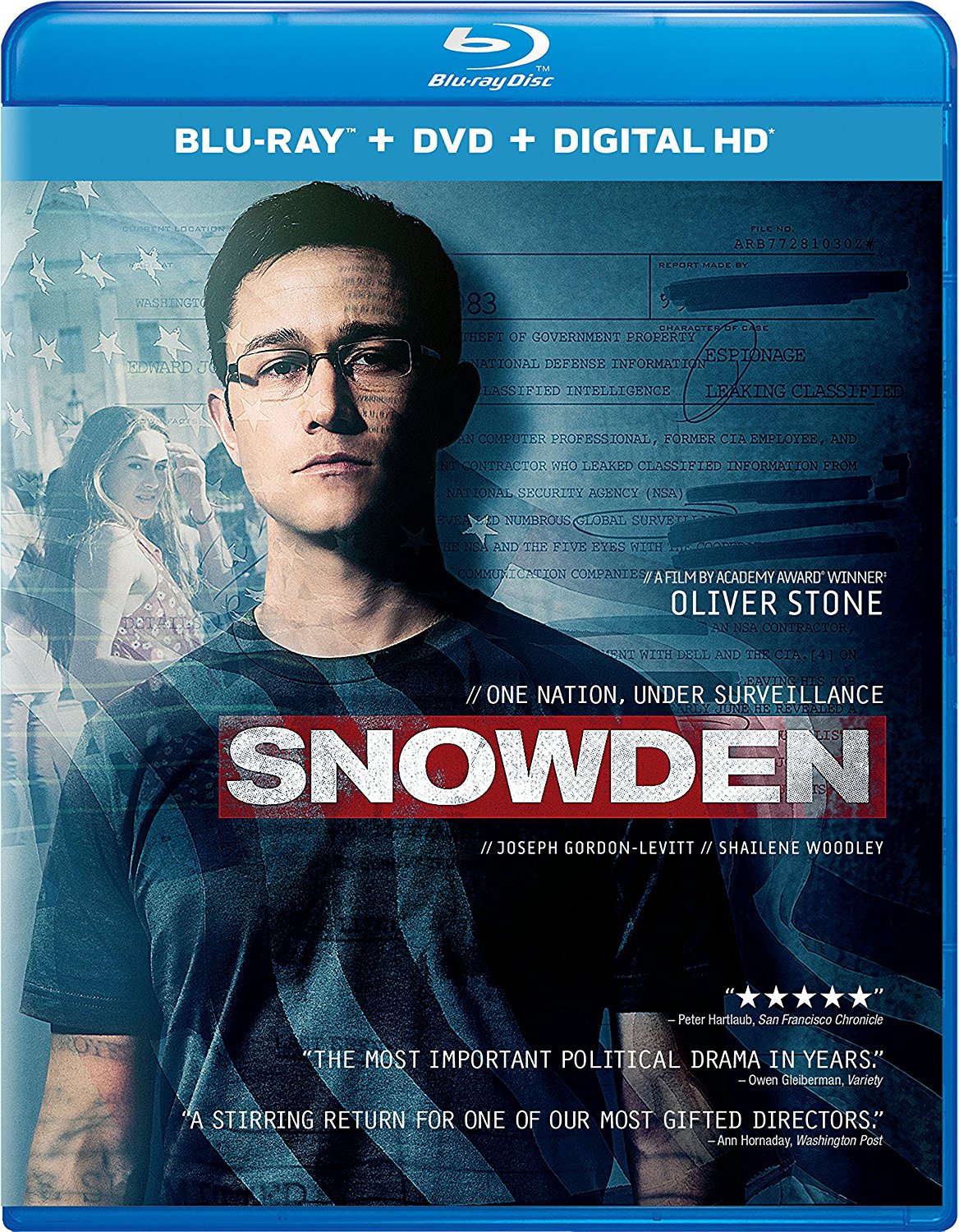 Speaking of directors who have faltered in recent years, Oliver Stone hasn't made a film that felt vital and passionate in way too long. While his latest is deeply flawed, like Burton's movie, one can see the reasons that the director got into filmmaking in the first place again in their latest work. Stone's take on the story of Edward Snowden is far from perfect, but there are moments that feel vibrant and alive in ways that Stone hasn't in years. It helps greatly that the film is anchored by a great turn from Joseph-Gordon Levitt, who gives one of the most underrated performances of the year. The romantic subplot with Shailene Woodley is misguided and flat, but the story of Edward Snowden is an important one and Stone is the right filmmaker to tell it. 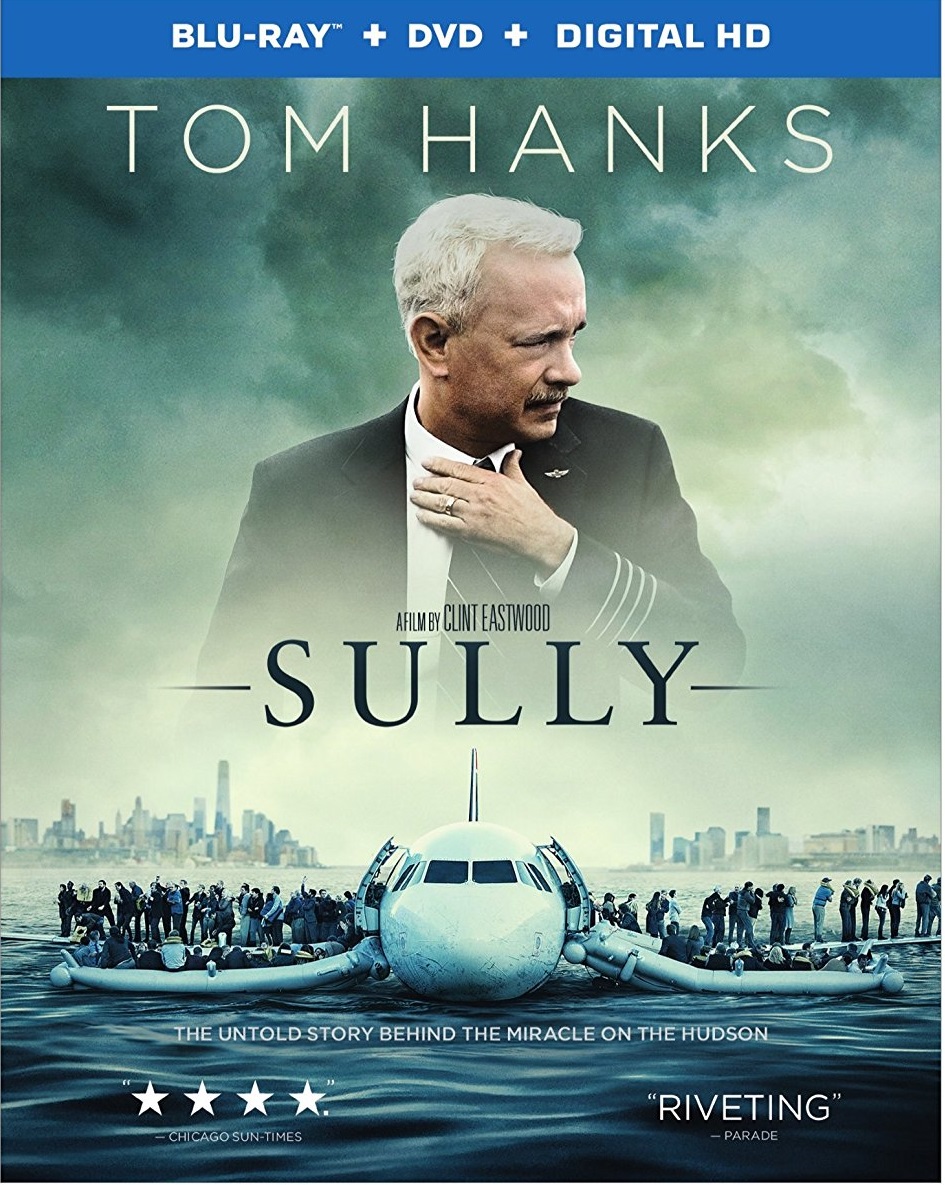 Speaking of true stories with great performances, Tom Hanks didn't get nearly enough awards season attention for his work in Clint Eastwood's latest drama. He grounds the story of an ordinary man who was forced to become a hero. While I have some hesitation about "Snowden," I have less about "Sully," a very strong drama that's far more nuanced and subtle than you might expect. It's not just the story of the Miracle on the Hudson. It's a story of unexpected heroism, and how we define that in today's society. And it's a story of post-9/11 New York City, in which planes crashing into buildings has a different energy than it did before that changed the world. In other words, this is a far more complex and intriguing drama than it could have been in the hands of a less talented filmmaker or with a less incredible actor to center it.

Special Features
Sully Sullenberger: The Man Behind the Miracle
Moment By Moment: Averting Disaster on the Hudson
Neck Deep in the Hudson: Shooting "Sully"