Clearly, there's a method to the madness. Most high-profile Blu-rays and DVDs hit the market in November or early December to maximize holiday shopping time. You want to be on the shelf before Black Friday. And so there's a bit of a lull between that shopping holiday and Christmas. There are a few titles of note, but even Netflix seems to have gone a little quiet in the last couple weeks, likely to spend time promoting "Marvel's Jessica Jones," "Master of None" and "Making a Murderer" (an incredibly strong end to their original programming this year). But it's not dead silent. You could still pick up a great silent film, one of the best blockbusters of 2015 and a diverse array of Criterion flicks. Which ones? Check below and click through to pick up your copies. 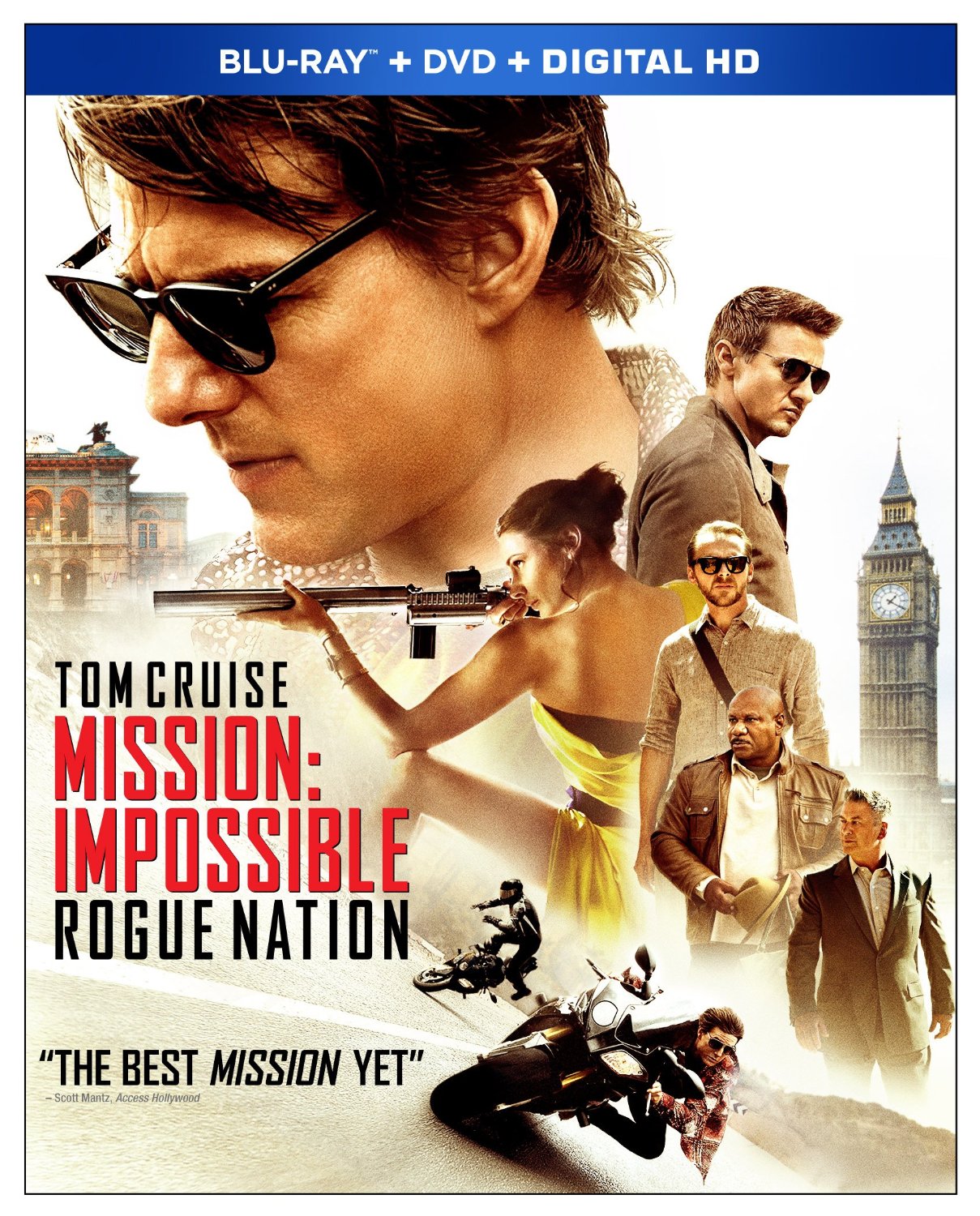 What a year for the blockbuster. Let's set aside my disappointment at "Jurassic World" for a second and consider the overall quality of MASSIVE blockbusters "The Martian," "Inside Out," "Mad Max: Fury Road," "Star Wars, Episode VII -- The Force Awakens" and even "Furious 7." And then there's the fifth "Mission: Impossible," one of the most purely enjoyable action films of the last few years. For me, it starts a little slowly and the underwater sequence is a bit too much out of the MCU but the rest? So much fun, especially the car chase in Morocco and pretty everything future-superstar Rebecca Ferguson does. If you haven't seen it, you couldn't pick a better rental during your winter break. If you have, you know you should just go ahead and buy it so you can watch it again. 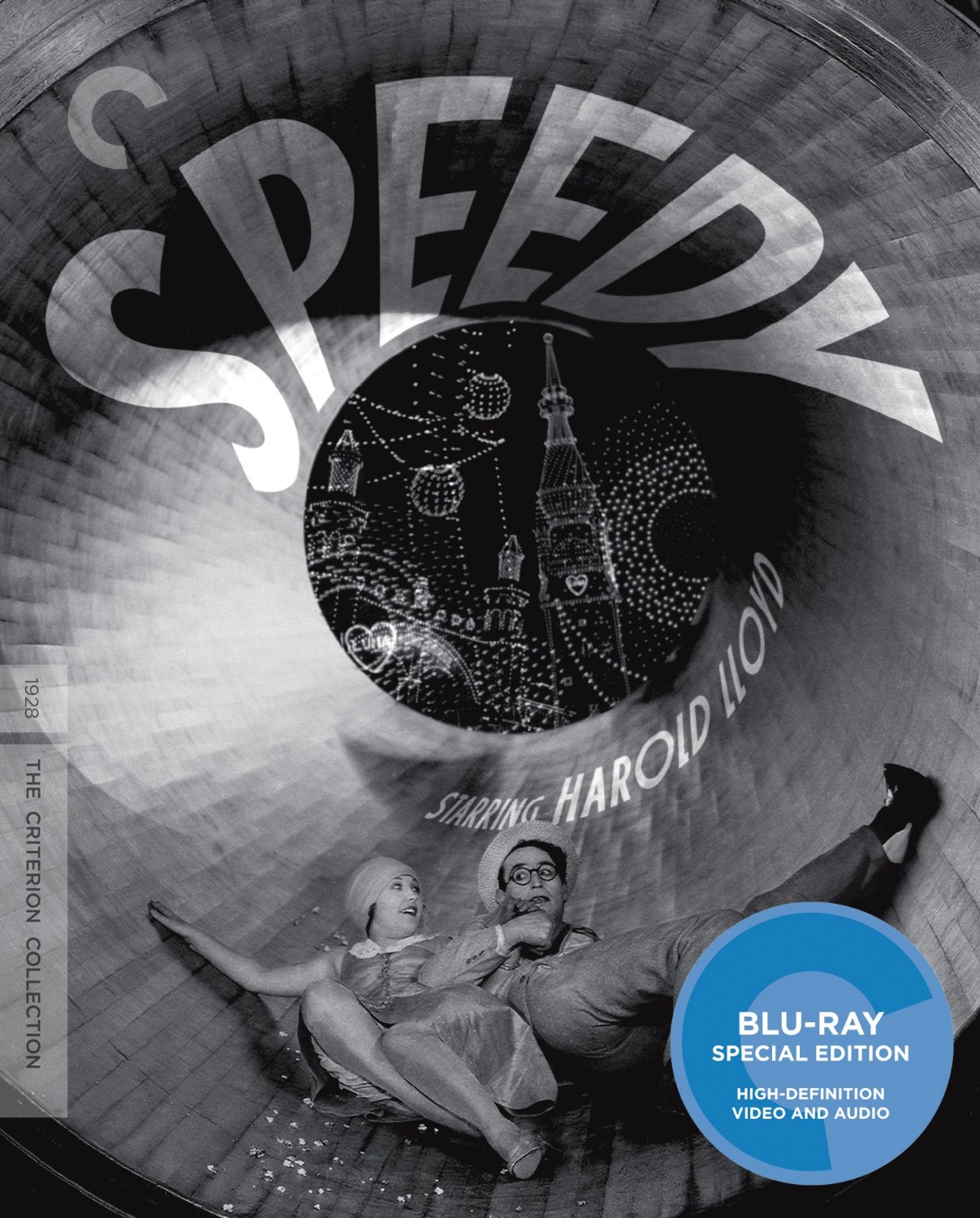 One of the most joyful screenings at Ebertfest is when the Alloy Orchestra performs live music in front of a silent film. This year's "Son of a Sheik" was a transcendent experience. Harold Lloyd's final silent film, "Speedy" would be a ton of fun. As included on the Criterion release, the music in this film is fantastic. It's alternately playful, melancholy and nostalgic. It captures a city always on the move and does so in a way that really makes it feel like an important historical document. What did New York City feel like in 1927? Watch "Speedy" and find out. It would help to listen to Bruce Goldstein and Scott McGee's excellent commentary track, pointing out NYC landmarks and detailing what's happened to them since, while also noting that this is the first film in which we see an extended middle finger and discussing the magnitude of the Babe Ruth cameo in that era. "Speedy" might not be a "great" movie, but it's a really fun one.

Special Features
New 4K digital restoration from elements preserved by the UCLA Film & Television Archive
Musical score from composer Carl Davis from 1992, synchronized and restored under his supervision and presented in uncompressed stereo
New audio commentary featuring Bruce Goldstein, director of repertory programming at New York's Film Forum, and Turner Classic Movies director of program production Scott McGee
In the footsteps of "Speedy," a new short documentary by Goldstein about the film's New York shoot
Selection of rare archival footage of baseball legend Babe Ruth, who has a cameo in the film, presented by David Filipi, director of film and video at the Wexner Center for the Arts
New video essay featuring stills of deleted scenes from the film and narrated by Goldstein
Selection of actor Harold Lloyd's home omvies, naratted by his granddaughter, Suzanne Lloyd
"Bumping into Broadway," a 1919 Lloyd two-reeler, newly restored and with a 2004 score by Robert Israel
Plus: An essay by critic Phillip Lopate 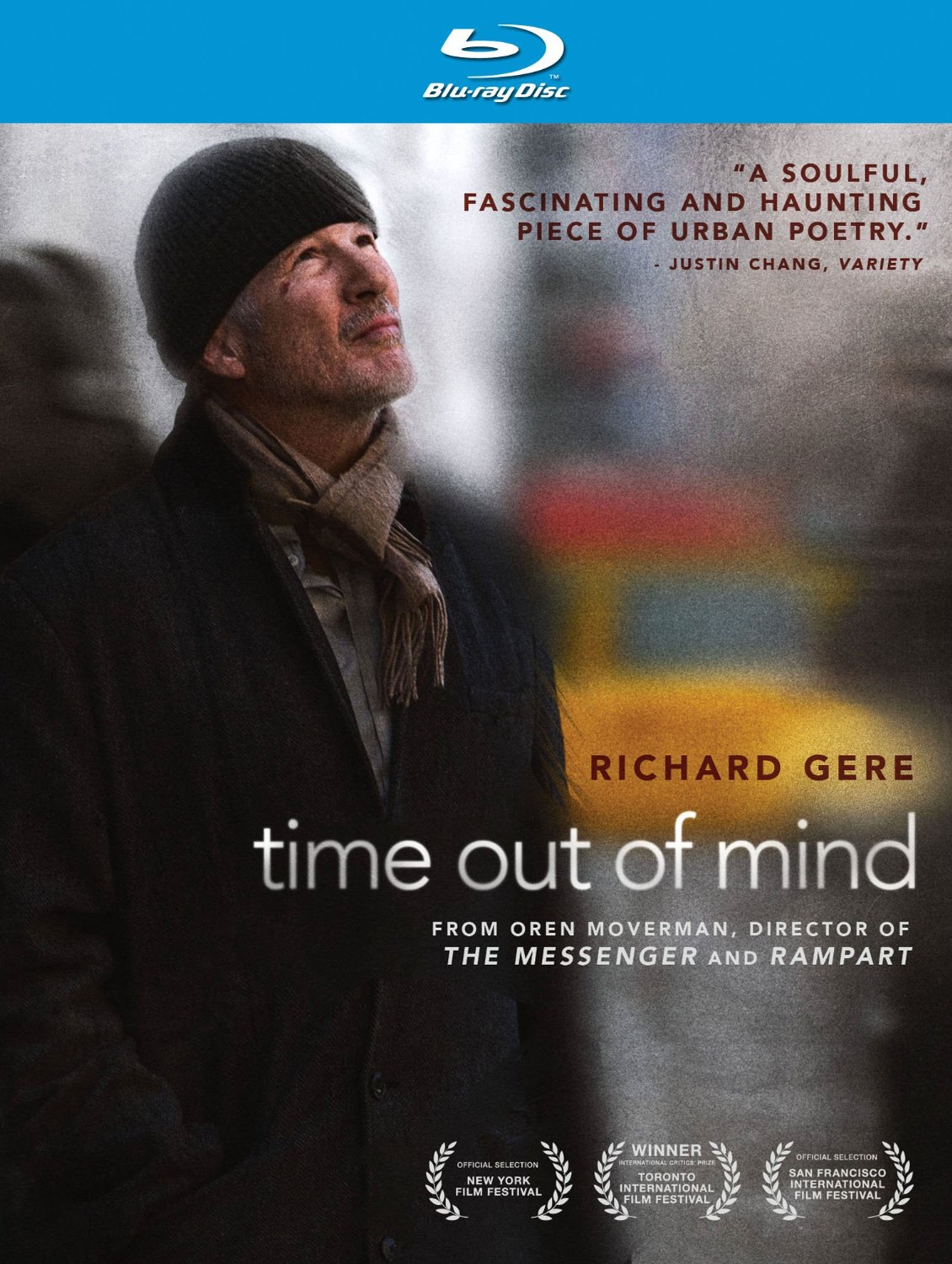 "Time Out of Mind"

Richard Gere went deep with Oren Moverman's latest film, finding registers of dramatic potential that he hadn't tapped in a long time. To do so, he basically went undercover as a homeless person, staying in character as Moverman and his team shot him from very far away, sometimes even through a window in a building down the street. He reportedly was mistaken for a real homeless person on several occasions, adding to Moverman's "captured reality" aesthetic. The form of "Time Out of Mind" is fascinating in that it complements Moverman's theme of the men who basically disappear in our society. We walk by them, see them out our windows, hear them ask for money, but it's like they're not really there. Gere is fantastic, as is Ben Vereen, and I'm happy IFC chose to give this visually strong film a Blu-ray release as they've gone DVD-only with a lot of their smaller titles. This is a 2015 drama that you likely missed. Correct that oversight. 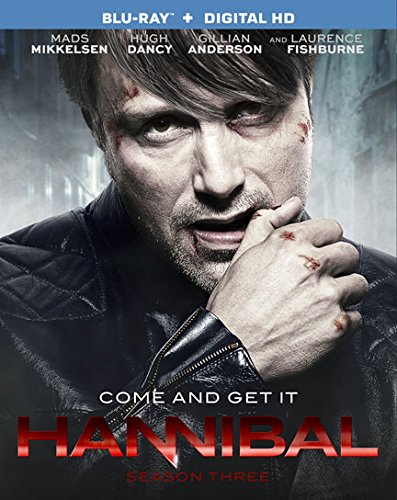 We will shortly publish our list of the best television programs of 2015. Spoiler: Bryan Fuller's "Hannibal" is on it. Being on the record several times regarding my appreciation of "Hannibal," I've been asked how I feel about its cancellation by NBC. My response is usually something along the lines of "I can't believe we got three seasons." Seriously, "Hannibal" was a black swan, something literally unlike anything else on all of television, much less the typically-safe bastion of network TV. Artistically dense and thematically complex, "Hannibal" is one of the best shows of the current decade. I usually say something else too. I know Amazon turned it down and it appears to be over, but nothing really dies nowadays. "The X-Files" and "Full House" are coming back in the next few weeks. I have a hard time believing we've seen the last of Fuller's vision of Hannibal the Cannibal. 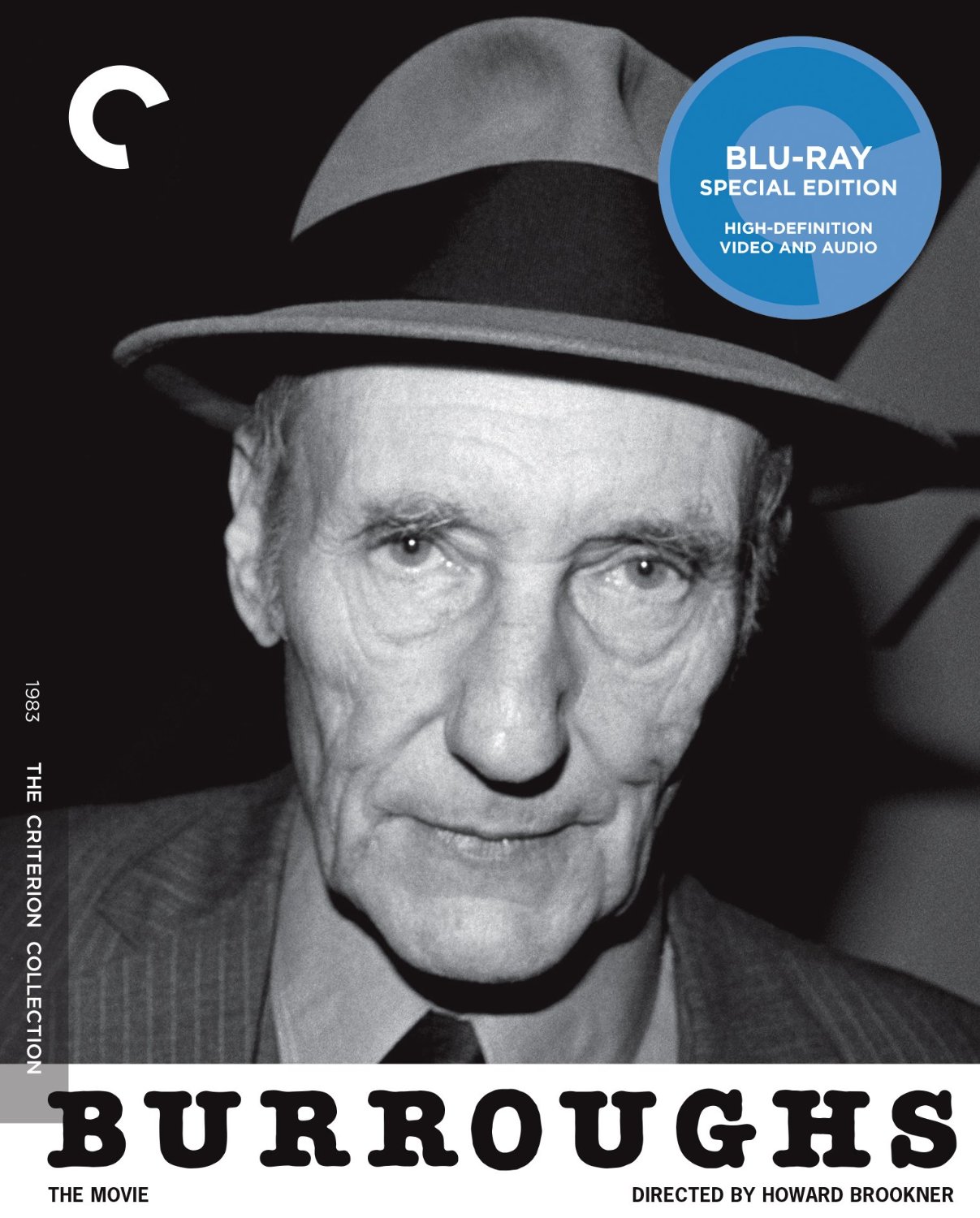 We are so accustomed to knowing every single thing about our pop culture icons that you have to step back and realize that when "Burroughs" came out in 1983, it was the first time most of his fans had ever seen the man, much less heard him speak or watched him in private. They knew his written works like "Naked Lunch" by heart, but they didn't know anything other than the crazy stories about the real guy. "Burroughs," thought lost for decades until a print was recently found, is a fantastic document of the personal life of a cultural icon back when those were incredibly rare. It's also fascinating in that Jim Jarmusch and Tom DiCillo worked on the project before going on to, well, a lot of other things. Jarmusch even returns to do a commentary on the Criterion release. It's a little slow but we learn that "The Limits of Control" was inspired by Burroughs and that Jim would love to live in a matriarchal world, preferably run by Tilda Swinton. Who wouldn't? 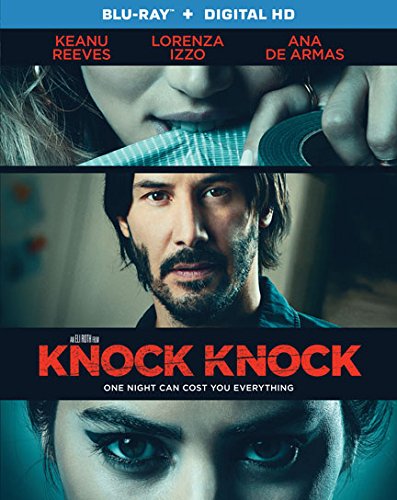 This column focuses mostly on the best new releases but we're gonna make a few exceptions this week and warn you off a few recent movies hitting Blu-ray. Eli Roth's latest horror flick has such an intriguing premise that you may be enticed into renting it. I was excited to watch the underrated Keanu Reeves (yeah, I said it, go watch "John Wick" again) get tormented and tortured by two beautiful women who show up at his door on a rainy night while his wife and kids are out of town. Reeves is perfectly cast as the everyman who gives into temptation, and I wondered what tricks and twists Roth had up his sleeve. The answer? Not many. See it for Reeves but lower expectations for a script that feels like a first draft. It's a decent episode of "Masters of Horror" spread to feature length and it snaps in half. 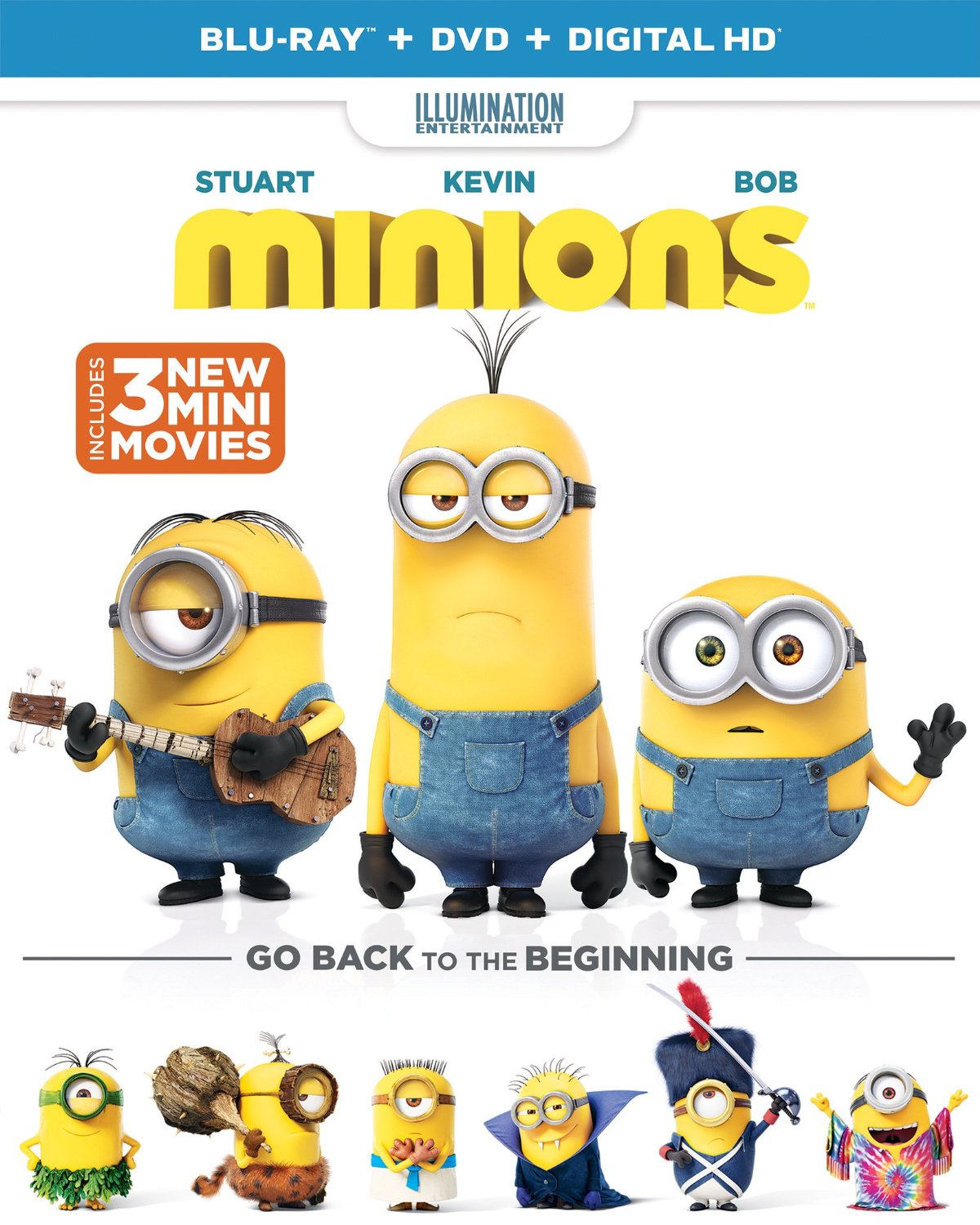 Speaking of concepts spread past their breaking point, animated films are often built on thin foundations, but this is a new record in terms of "They made that into a movie?" I too found the little, yellow sidekicks of Gru in the "Despicable Me" movies pretty humorous, but almost everything this built on physical comedy works best in small doses. Witness the relatively humorless "Minions," something that might work for the smallest kids in your family but gets dull for anyone over five. There's just not enough here for a movie. Ironically, the little mini-movies on the Blu-ray are better. The inevitable "Minions 2" should just be a series of mini-movies. 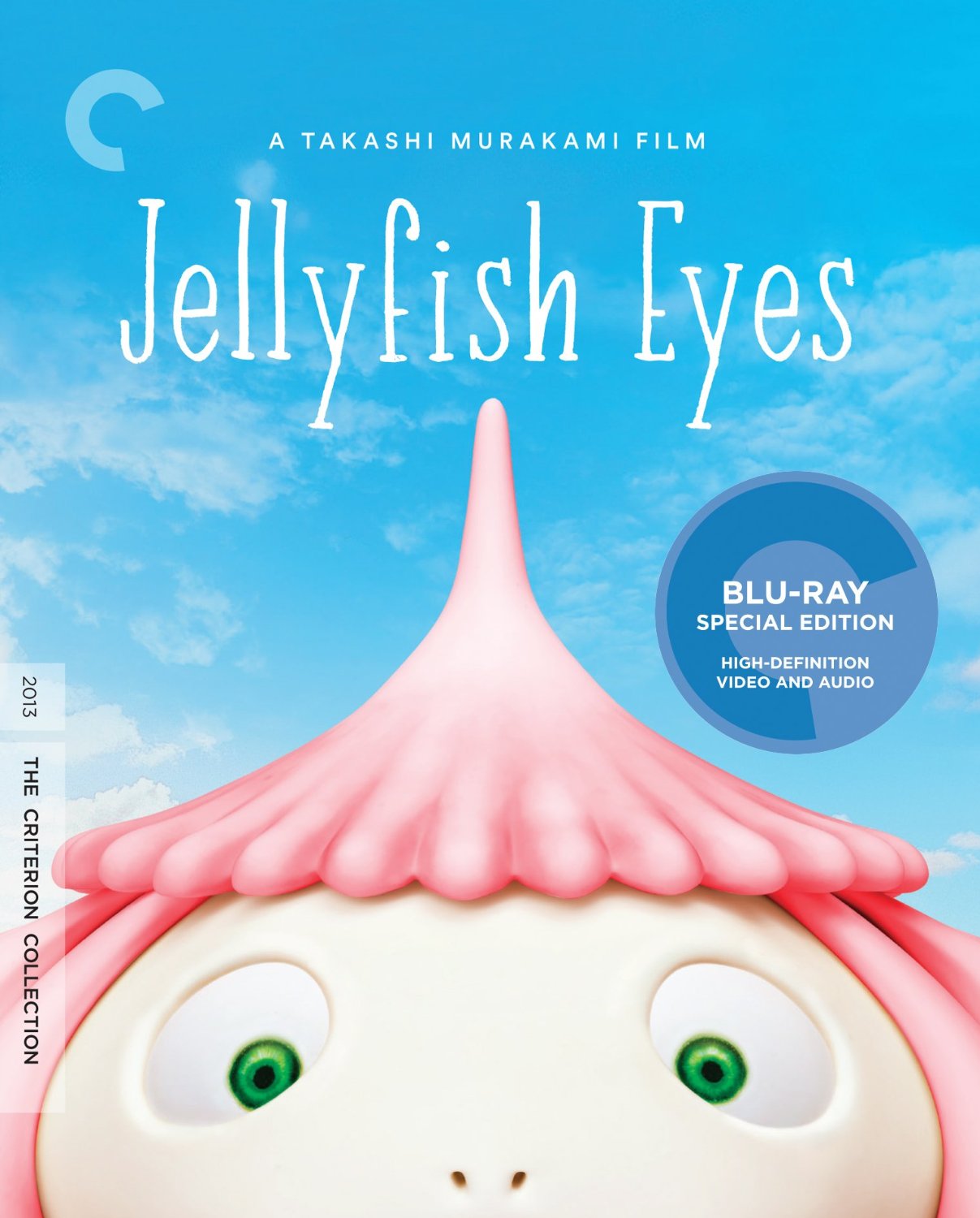 I don't even know how to describe Takashi Murakami's debut feature but do a quick search and you'll find dozens of people online questioning how on Earth it got into the Criterion Collection. It's certainly one of the weakest films in the series and the kind of thing that most people would ignore entirely if it didn't have the Criterion logo. I LOVE the idea that Criterion is digging deeper, finding things you may not have even heard of, but this is a disaster. It's poorly directed, boring and about as intriguing as a "Pokemon" movie. Yes, Murakami's creature designs are cool. That's the end of it. and that can't justify a feature length, especially at Criterion Blu-ray prices. Let's just move on to the next Criterion release and pretend this never happened.

Special Features
New high-definition digital master
New interview with director Takashi Murakami
Making F.R.I.E.N.D.s, a new piece on the creation of the film's creatures
Takashi Murakami: The Art of Film, a new behind-the-scenes documentary on the making of the film
Trailer for "Jellyfish Eyes 2"
Plus: An essay by critic Glen Helfand