The comical jocularity of humorousness 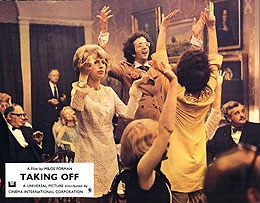 The Sunday New York Times Magazine devoted itself to comedy this weekend -- and you know how funny the New York Times Magazine can be. Actually, there's a very good article by A.O. Scott on the art of the pratfall in which he explains why some of the greatest modern comedy (from "Little Miss Sunshine" to "Borat: Cultural Learnings of America for Make Benefit Glorious Nation of Kazakhstan") is of the well-executed physical variety. (Not to be confused with what Chris Farley used to call, with an undertone of dismay, "Fat Guy Falls Down" -- a desperate stunt that may elicit knee-jerk laughs, even if it's not inherently funny.)

As part of its comedic survey, the Times Mag asked some 22 comedians, well-known and not-, to name five of their favorite "Desert Island Comedies" on DVD. I don't like any of the lists much (while agreeing wholeheartedly with a few individual choices) -- but I salute David Cross (somebody I've long thought is really funny) for the humor inherent in choosing "Homer and Eddie" and "Rent."

To paraphrase an old David Steinberg routine: There are those who say... (that's the end of my paraphrase) that to analyze comedy is anti-comedic. I could not disagree more strongly. I say if you don't understand why you're laughing, when you're laughing, then you don't appreciate the comedy and you may as well not be laughing at all, since any old reaction is probably comparably appropriate for you. You could be crying or sneezing and it's probably the same thing. But let's put that aside for the moment and concentrate on some lists of very personal, very funny movies.

I suppose I could choose the great movies that have made me laugh the most -- the first that come to mind, such as: a Keaton ("Sherlock, Jr." or "Steamboat Bill, Jr."), a Fields ("It's A Gift" or "The Bank Dick"), a Marx Bros. ("Animal Crackers" or "Duck Soup"), a Sturges ("The Lady Eve" or "Miracle of Morgan's Creek"), and, let's say, a classic comedy (preferably starring Cary Grant or Barbara Stanwyck or Jean Arthur, and written and/or directed by Ernst Lubitsch or Howard Hawks or Billy Wilder or Mitchell Leisen, like "Trouble in Paradise" or "Heaven Can Wait" (1943) or "Bringing Up Baby" or "His Girl Friday" or "The Major and the Minor" or "Some Like It Hot" or "Easy Living" or "Ball of Fire"...). But those are all 50-75 years old, and I haven't even mentioned my modern-era favorites, like Luis Bunuel ("The Exterrminating Angel," "Simon of the Desert," "The Discreet Charm of the Bourgeoisie," "The Phantom of Liberty"), Monty Python ("Life of Brian" -- greatest comedy of the last half-century), Christopher Guest & ensemble ("This is Spinal Tap," "Waiting For Guffman," "Best In Show") or the Coen Bros. ("Barton Fink," "The Big Lebowski"). So, I thought I'd just offer up a few relatively obscure, underappreciated or, at least, off-the-beaten-path comedies that I think are hysterically funny and invite you contribute some of your own:

"I Was Born, But..." (Yasujiro Ozu, 1932) I know it's an acknowledged masterpiece by one of the greatest directors in movie history, but how many of you have actually seen it? Two boys, big belly laughs. Some of this material was re-worked in "Ohayo" ("Good Morning") in 1959.

"The President's Analyst" (Theodore J. Flicker, 1967) I love this movie -- the perfect paranoid Cold War 1960s espionage satire companion to "Dr. Strangelove" and James Bond, with James Coburn in the title role. Who is writer/director Theodore J. Ficker, anyway? Well, according to IMDb, he directed episodes of "The Dick Van Dyke Show," "The Man From U.N.C.L.E., "The Andy Griffith Show," "I Dream of Jeannie," "Night Gallery" and "Barney Miller."

"Taking Off" (Milos Forman, 1971) You couldn't find a better time capsule for 1971 -- which Forman has captured with his characteristically uncanny ease and naturalness. Buck Henry "stars" as a father whose daughter has run away to some sort of "hippie" musical audition -- probably in the Village. The whole thing feels spontaneous and improvised -- but it was written by Forman, Jean-Claude Carrierer ("The Discreet Charm of the Bourgeoisie," "The Phantom of Liberty," "Birth"), John Guare ("Atlantic City," "Six Degrees of Separation") and Jon Klein. One of the late, great Vincent Schiavelli's finest moments: teaching a group of uptight, wealthy parents with missing kids how to smoke pot. Early cameos by Kathy Bates, Carly Simon and Jessica Harper, among others. (Long unavailable, this recently showed up on the Sundance Channel, which I hope means it will soon be released on DVD.)

"How to Get Ahead in Advertising"(Bruce Robinson, 1989) Robinson's equally brilliant and demented "Withnail and I" is the official masterpiece (and object of obsessive cult veneration in the UK), but this is Richard E. Grant's finest hour. He's a London advertising executive so sick with self-loathing that he grows a foul-mouthed boil on his neck. How's that for a premise?

Coldblooded" (Wallace Wolodarsky, 1995) In some ways, this is a precursor to "Dexter." Jason Priestly is magnificently deadpan as an empty young man who is recruited to become a hit man -- and turns out to be mighty good at it. Co-starring Peter Riegert, Robert Loggia (getting ready for "Lost Highway"), and Jay Kogen -- who, along with writer/director Wolodarsky, wrote some of the classic early episodes of "The Simpsons."

"Kids in the Hall: Brain Candy" (Kelly Makin, 1996) Critics were mostly bewildered or repulsed, but this movie gets funnier every time I see it (and I've seen it at least a dozen times). It plays GREAT on the video screen -- better, I think, than any of the TV shows. A drug company speeds a new anti-depressant to the market, only to find that the insanely popular Gleemonex has a troublesome side effect: It puts people into comas of happiness. Each of the "Kids" has at least a handful of indescribably (but not inexplicably) funny moments. Including: "Cat on my head! Cat on my head!"; "I'm an elephant rider!"; "Tasty"; "How pleasing!"; and "Just... a guy." Should be seen alongside the great documentary, "The Corporation."

I cheated. That's six. But, OK, I've left out hundreds of great titles. Your turn. And the more obscure/underappreciated the better, please.

P.S. Anybody else remember the rest of the sentence from that David Steinberg bit?